‘Discus chucker' END_OF_DOCUMENT_TOKEN_TO_BE_REPLACED grew up on a farm in Allora, rural Queensland as one of eight kids.

With talent to burn and a penchant for excelling at every sport he played, he went from rugby league prodigy to the town's first Olympian, a feat he says he could never have achieved without his small town behind him.

"I grew up in a small town called Allora which is on the Darling Downs.

It had less than a thousand people, so you'd know everyone you'd walk past on the street," the Rio Olympian said.

"We lived on a hobby farm with mum and dad and some horses and cattle. 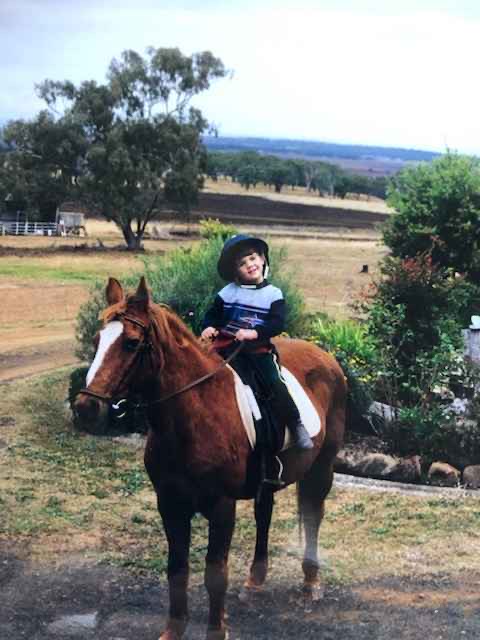 "I wouldn't say it was a massive property, but I had enough space to be able to do whatever I wanted, like learning to drive when I was 7 or 8." 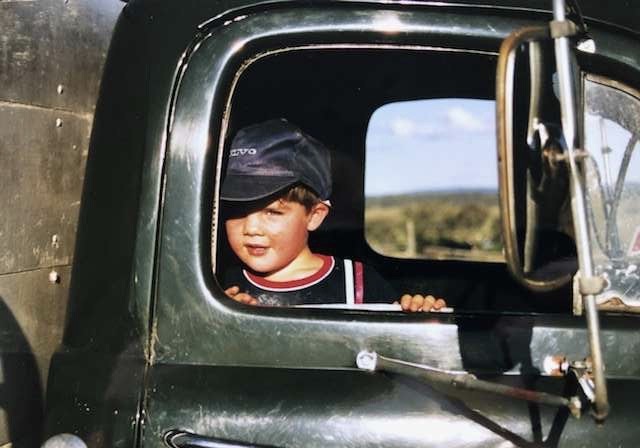 Denny played a multitude of sports before the injuries of not only himself but his NRL-playing brother, Jonathan, prompted his decision to solely focus on athletics.

"I was always pretty active, I'd ride five kilometres to and from school every day. I played a bit of soccer and did competitive swimming and athletics but footy [rugby league] was the main sport we played," he said.

"Footy was the main sport in our town and I grew up being very competitive, just like my brothers" he continued.

Denny counts Jonathan as his biggest influence growing up, wanting nothing more than to be just like his big brother.

"Matty was almost 13 years younger than me, but that didn't slow him down," Jonathan said. 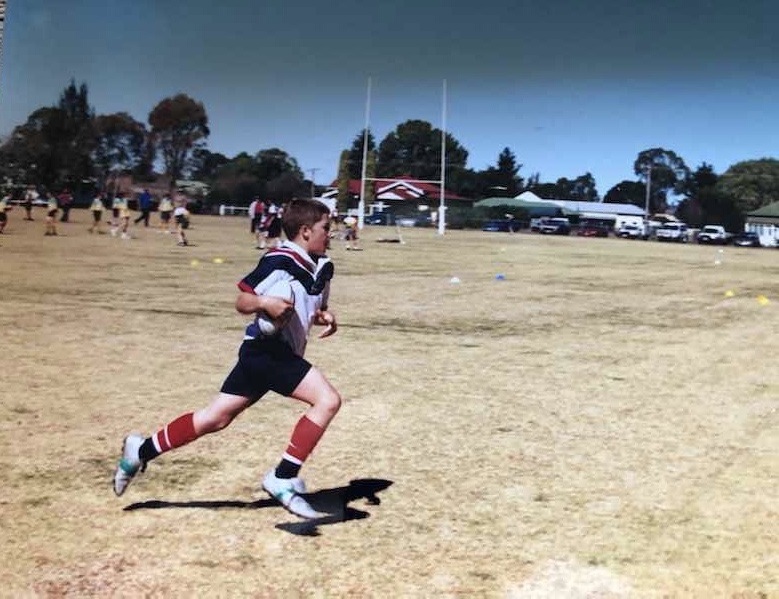 "He always wanted to do everything the older boys were doing and would literally follow me wherever I went.

"My favourite memories with Matty were driving cars, riding motorbikes and having him watch his big brothers working out at the gym. He was a good little spotter and companion," he continued.

Jonathan received a scholarship to play for the Brisbane Broncos in high school and went on to represent Queensland alongside the likes of NRL greats Jonathan Thurston and Cameron Smith, and also played for the Manly Sea Eagles and Canberra Raiders until his career was cut short by injury at just 22.

Seeing the injuries Jonathan sustained made Matt question if playing rugby league was worth risking his future in athletics.

"When I was 13, I ended up breaking my collarbone while playing, and that affected my athletics which was really starting to take off," he shared.

"On top of that, Jonathan ended up having five shoulder reconstructions, broke his arm and his nose and now has arthritis in his wrist.

"Knowing that my arm was so important to my athletics career, I made the decision at 15 to give up footy and focus on hammer throw and discus." 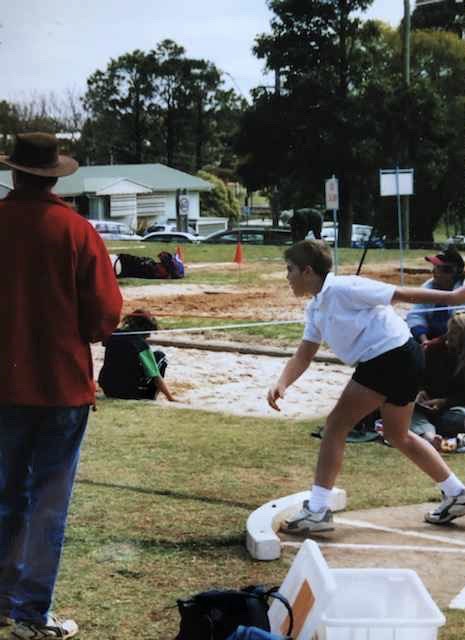 His family, including Jonathan were nothing but supportive of the youngster.

"I was glad that Matty chose athletics over rugby league, for the fact that his heart was in throwing," Jonathan said.

"He could've developed into a very good rugby league player, but it was important that he followed his passion and dreams, despite the pressure he may have felt from others to follow his older brothers into rugby league."

It wasn't long before Matt became hooked on the throwing disciplines due to the complexity and mechanics involved.

"I just became infatuated with perfecting my throw, because there are so many moving parts," he explained.

"In my opinion, discus is the most technical event in athletics, just because of the different movement patterns throughout the throw.

"It is really tough to learn, because you might fix one thing and then something else will be affected. 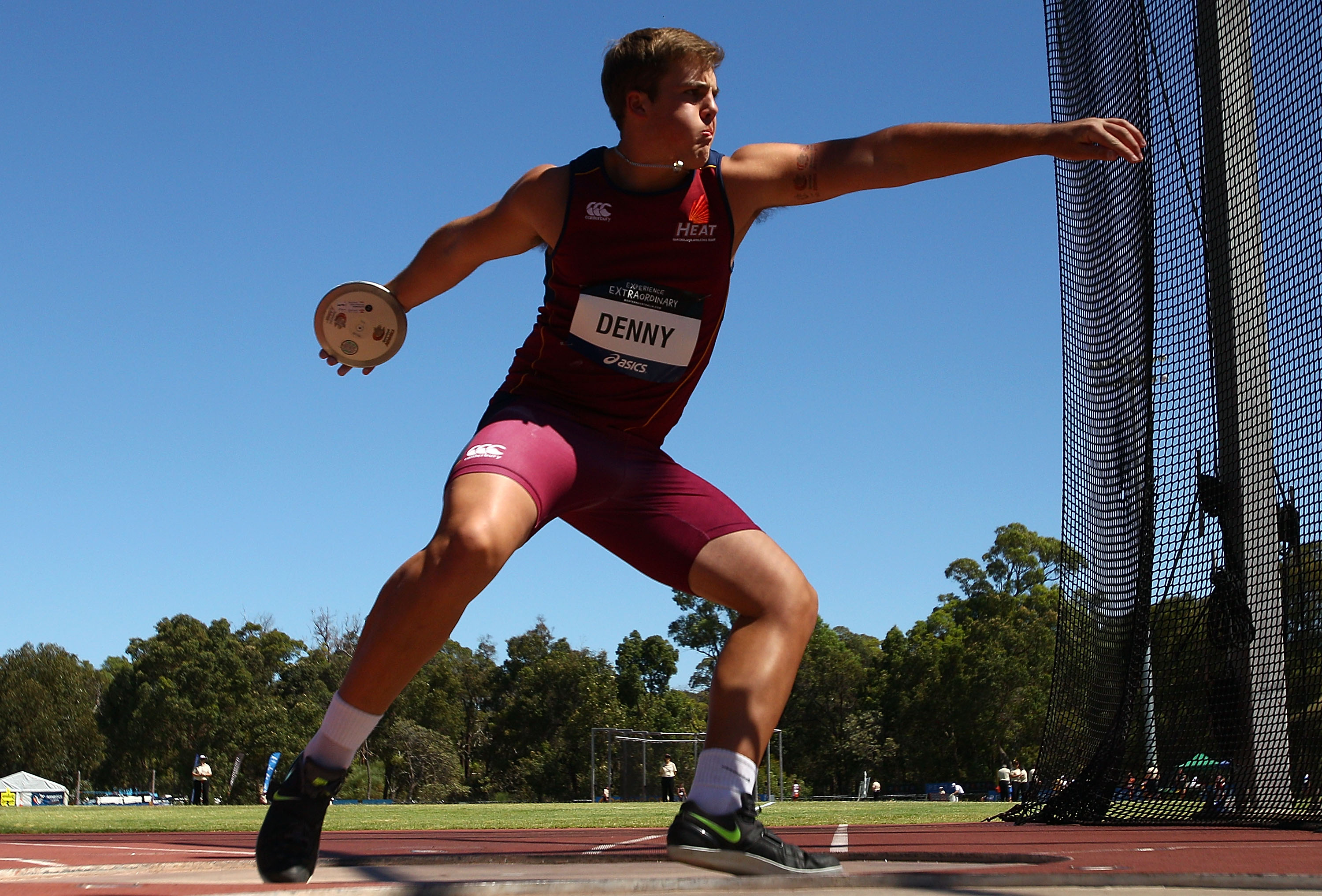 "It's a real juggling act and you are forever trying to perfect each individual movement."

Not everyone in Allora was as infatuated with Denny's decision as he was, after all, he was expected to become the town's football prodigy.

"My parents were really supportive, but a lot of my coaches weren't happy. I was the biggest guy in the grade, and I'd had a killer footy season," he said.

"But two years later I won my first youth world championship, and everyone wanted to be my best mate again," Denny laughed.

Despite the town's disappointment at losing their future league star, their support for the youngster remained and they were keen to do whatever it took to see him succeed.

Ahead of the Rio 2016 Olympic Games a ‘Matthew Denny to Rio' fund was set up by the community, with donations from the Southern Downs Regional Council, the Daily News, Warwick Credit Union and Allora Sports Museum along with members of the public. 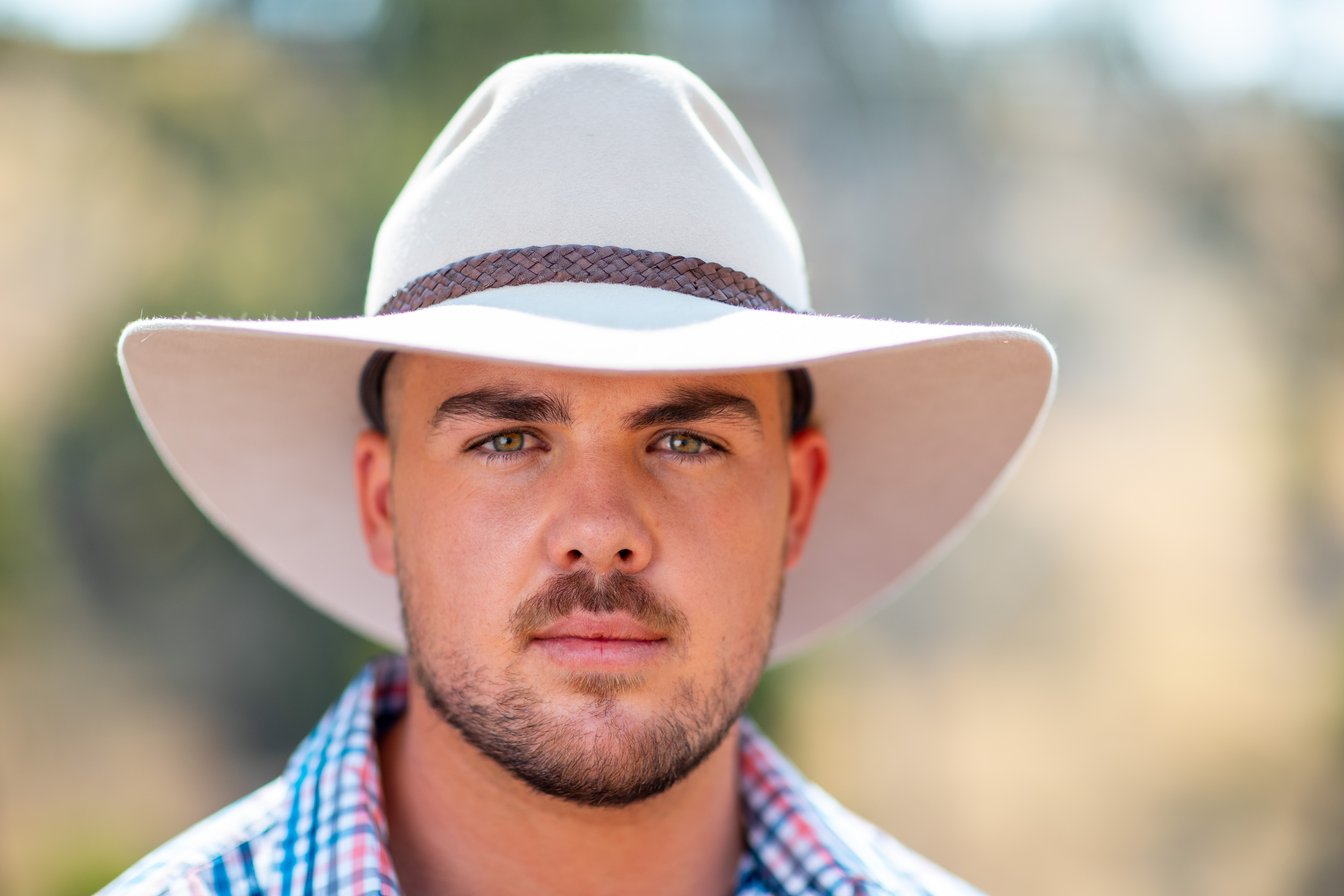 Southern Downs Regional Council Mayor, Tracy Dobie, noted the financial burden on an athlete and their families due to the travel and the difficulty in securing sponsorship, when coming from a rural town.

"The toughest part would definitely be the travel," Denny agreed.

"We used to have to drive 140 kilometres a day just to train and my parents did that three times a week.

"When I first started with my coach, Graham Pitt, mum thought I'd only want to do one session and that would be it, not realising what it would turn into.

"Those were the types of obstacles I needed to get past and as soon as I got my P's, I started training and driving those kilometres every day."

Denny's commitment along with the support of his community resulted in the town's first Olympian, which they celebrated at a family barbeque-turned-mass gathering.

"My mum and dad opened it up to family and friends for a barbeque, but there ended up being so many people, a lot who I had never even met before. 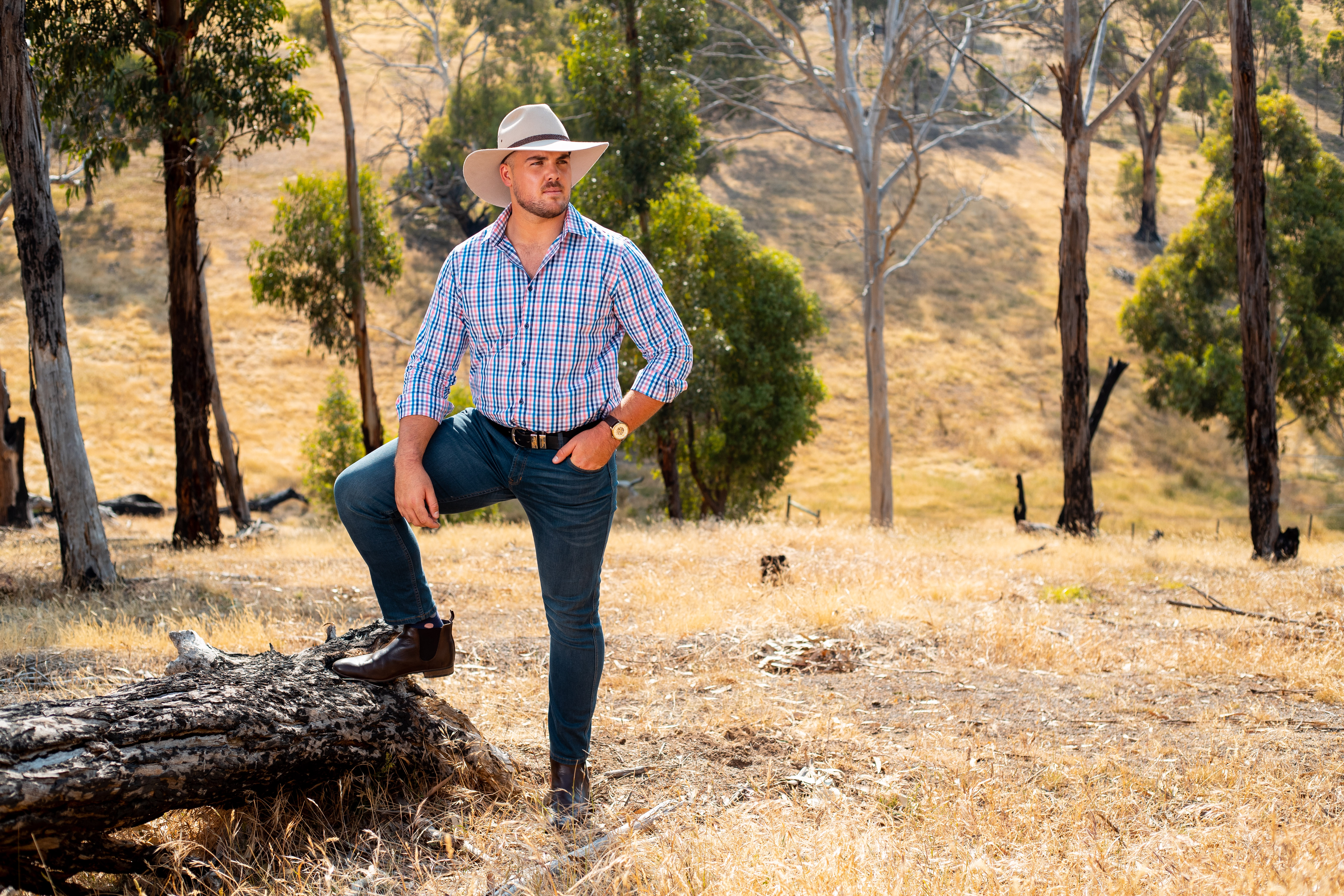 "They came over from surrounding towns to wish me luck and that was pretty awesome."

After setting a personal best of 65.37 m leading into Rio, the then 21-year-old went on to finish 12th in the discus qualifying round at the Games with a throw of 61.12 m.

In 2018 he finished fourth at the Commonwealth Games with a throw of 62.53 m in the discus and won silver in the hammer throw setting a new PB of 74.88 m but soon realised that focusing on two disciplines was taking its toll and he was struggling to improve.

Shortly after, Denny shifted his focus to discus and the change has paid off, seeing him consistently hit distances of over 65 m throughout 2019 and 2020.

His success comes as no surprise to his brother who says he has always been proud of Matt's dedication and commitment to his sport along with who he is as a person.

"I'm just very proud of Matt, for the hard work he puts into his training and reaching his goals, but I'm most proud of the example he is setting for my children and the rest of the family," Jonathan said. 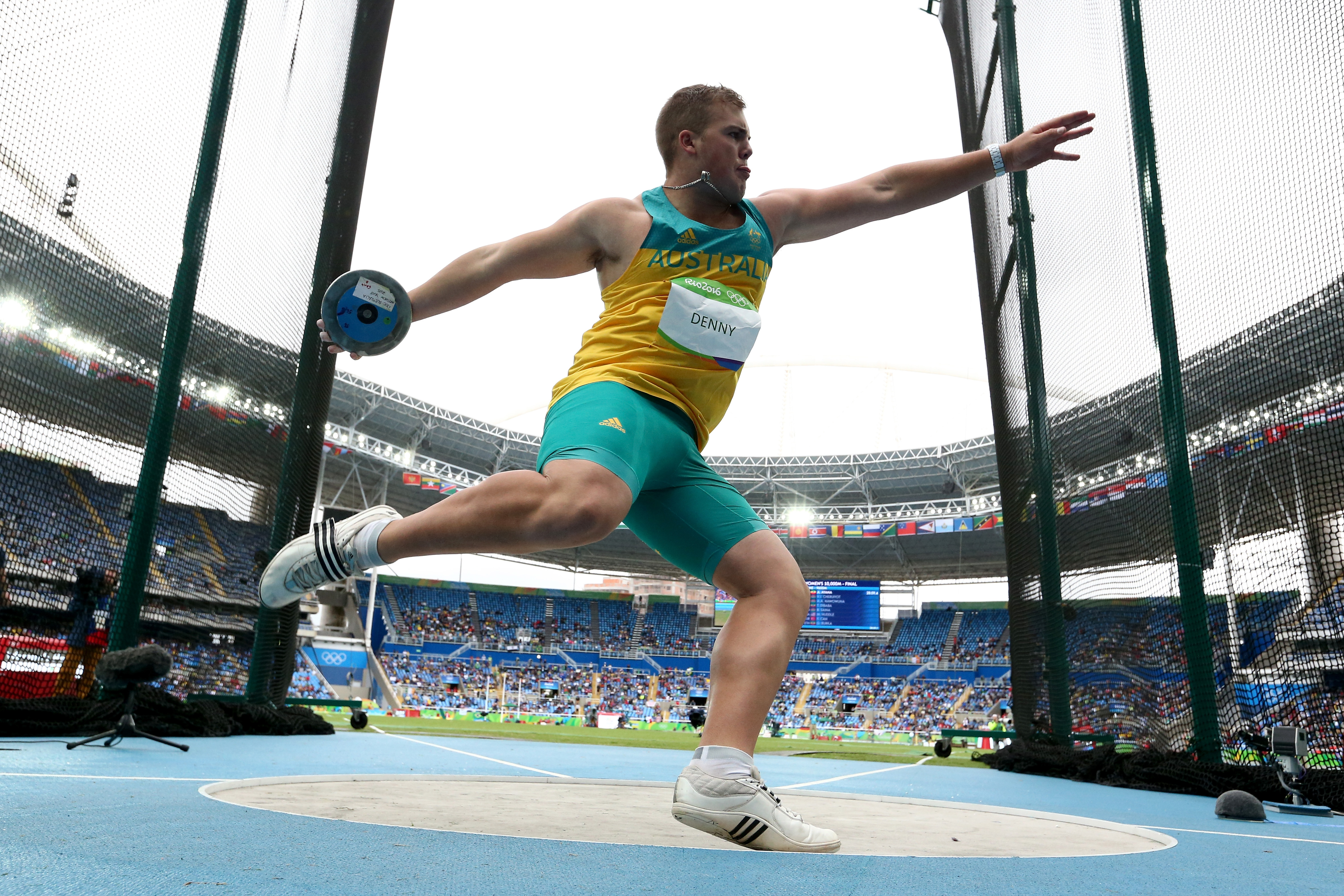 "Talent and natural ability only get you so far, Matty's success is due to his great attitude, good work ethic, determination and hard work.

"I'm proud that he is following his dreams and I'm proud that a country boy from Allora has managed to work his way up to the top of his sport," he continued.

"I'm proud that by the age of 20, he was the youngest thrower at Rio and I'm proud of the commitment he has to his sport and the sacrifices he's made in order to become the best thrower he can be.

"Aside from his sporting achievements, I'm proud that Matty is a straight-up, honest and respectful person. He is proud of where he comes from and is grateful to everyone who has helped and supported him along the way.

"He sets such a good example not only on the sporting field but in life."

Denny's long-time goal has been to compete in five Olympic Games, which, when you consider the peak age for a discus thrower is 28-32 years old, isn't far-fetched.
"I always wanted to make five Olympics when I was younger, and I still do," he said. 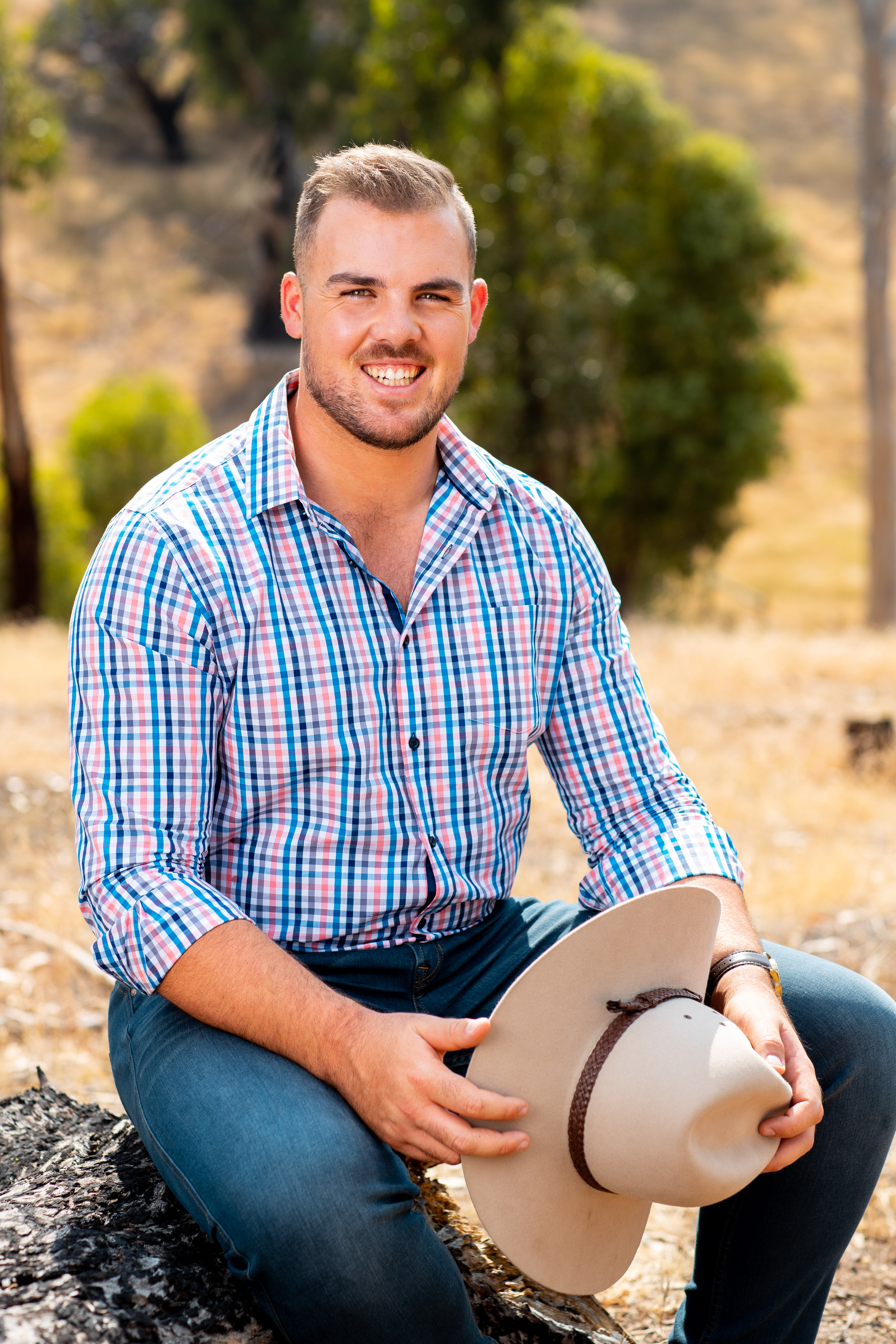 "I made Rio when I was pretty young, if I make Tokyo I'll be going as a 25-year-old and I worked out that if I make my fifth Olympics it could be a home Games for me [Brisbane 2032] and I'll be 34.

And the best part for Denny is, in discus terms, he's just beginning.

"With discus you don't reach your maximum strength or potential until you've had over ten years of training, because it has such a high strength and power component which takes a long time to accumulate.

"It's not like sprinting or other speed-based sports where, by the time you're 28-30 you're nearing your retirement."

Denny knows that regardless of whether he competes in five Games, comes home an Olympic Champion or doesn't compete at all, he will always be "Matt from Allora" to his hometown and they'll be proud.

"The best part about going home is knowing that they actually care about me as a person. No one ever says, ‘How's athletics going?' because they remember me as a kid, so they'll ask how my family is, how I am generally and talk to me about memories we had growing up.

"Being able to be, ‘Matt from Allora' and not ‘Matt Denny the athlete,' is something I love about going home. 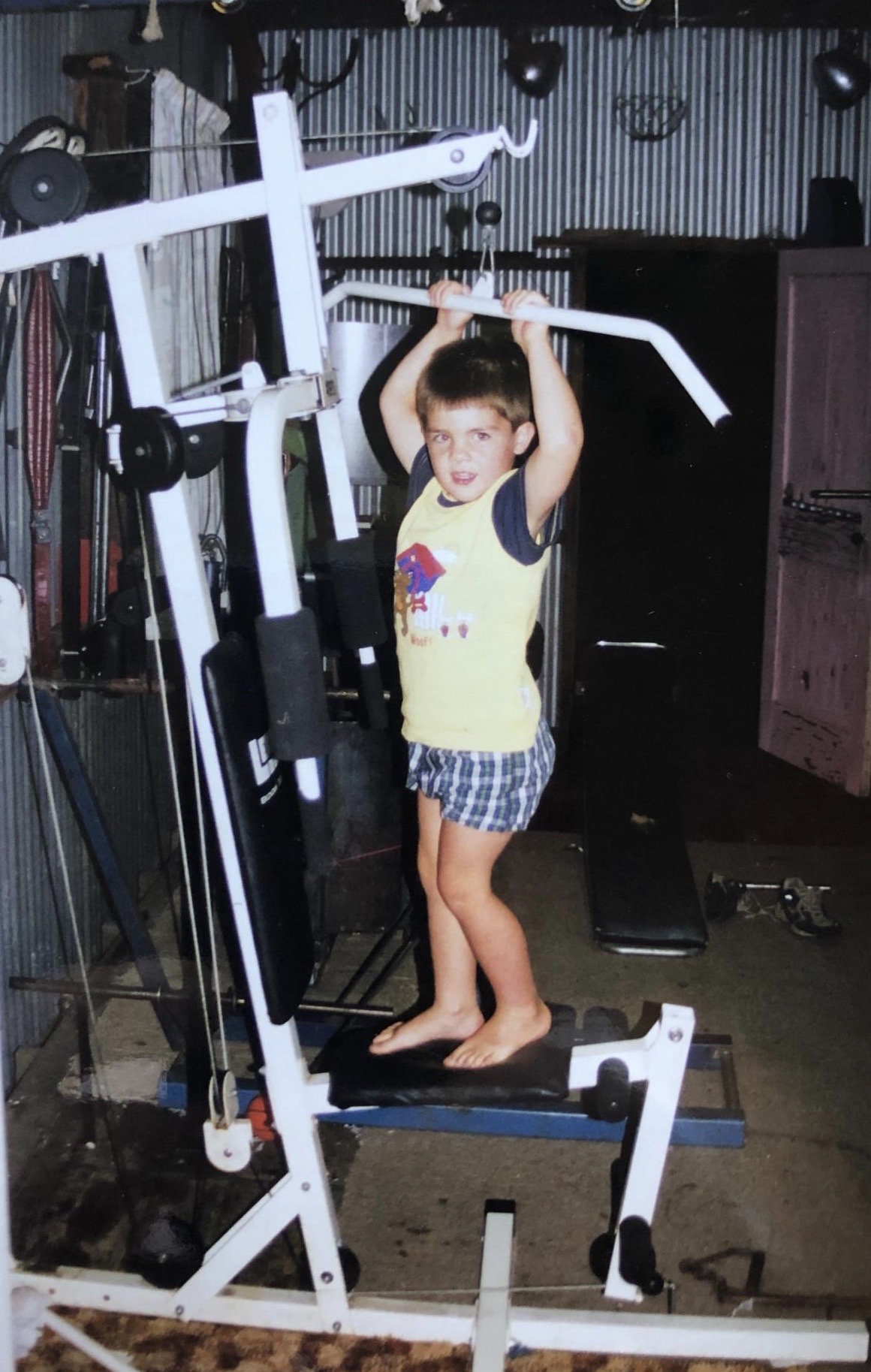 "Coming from a small community means that everything is so much more personal.

"Country kids never forget where they came from and they are always proud of that, so those around them want to support someone who is trying to make something of themselves.

"When I was younger everyone supported me and always knew what I was doing.

"Whenever me or any kid in the community performed well at athletics or swimming or any other sport, the newspaper would write about it and get around all the sporting events and support them.

"I think because it is a small community and there is the personal aspect to it, that they are more invested.

"I'm always getting messages from families and parents from Allora saying that their kids have started athletics or throwing events because they remember watching me as a kid.

"It's really awesome because I might not know them personally, but my community will always be like my family."