Mixed Trap Teams both denied medal chance by one target

SHOOTING: Australia's lack of international Shooting competition during the Covid pandemic period proved to be the difference between contesting for a medal and finishing unplaced in the inaugural Mixed Trap Teams event on Saturday.

Australia's teams of James Willett and Laetisha Scanlan, plus Tom Grice and Penny Smith were an agonising single trap away from a shoot-off for the bronze medal match after the three qualification rounds.

James Willett and Laetisha Scanlon both shoot perfect scores of 25/25 in the first of three Mixed Trap Teams qualifying rounds.

Both Australian teams tallied 145 from 150 targets to be pipped by 1 shot for fourth place by the United States after qualification. The USA then went on to defeat Slovakia for the bronze medal.

Willett and Scanlan began the qualifying rounds perfectly each scoring 25/25 targets in the first round but then proceeded to drop four targets in the remaining two rounds.

Grice fired two opening rounds of 25 targets, but he and Smith were unable to climb into medal contention.

After they completed their three rounds, the Australian teams watched the USA team hold their nerve in the final shots to seal a place in the bronze medal match. 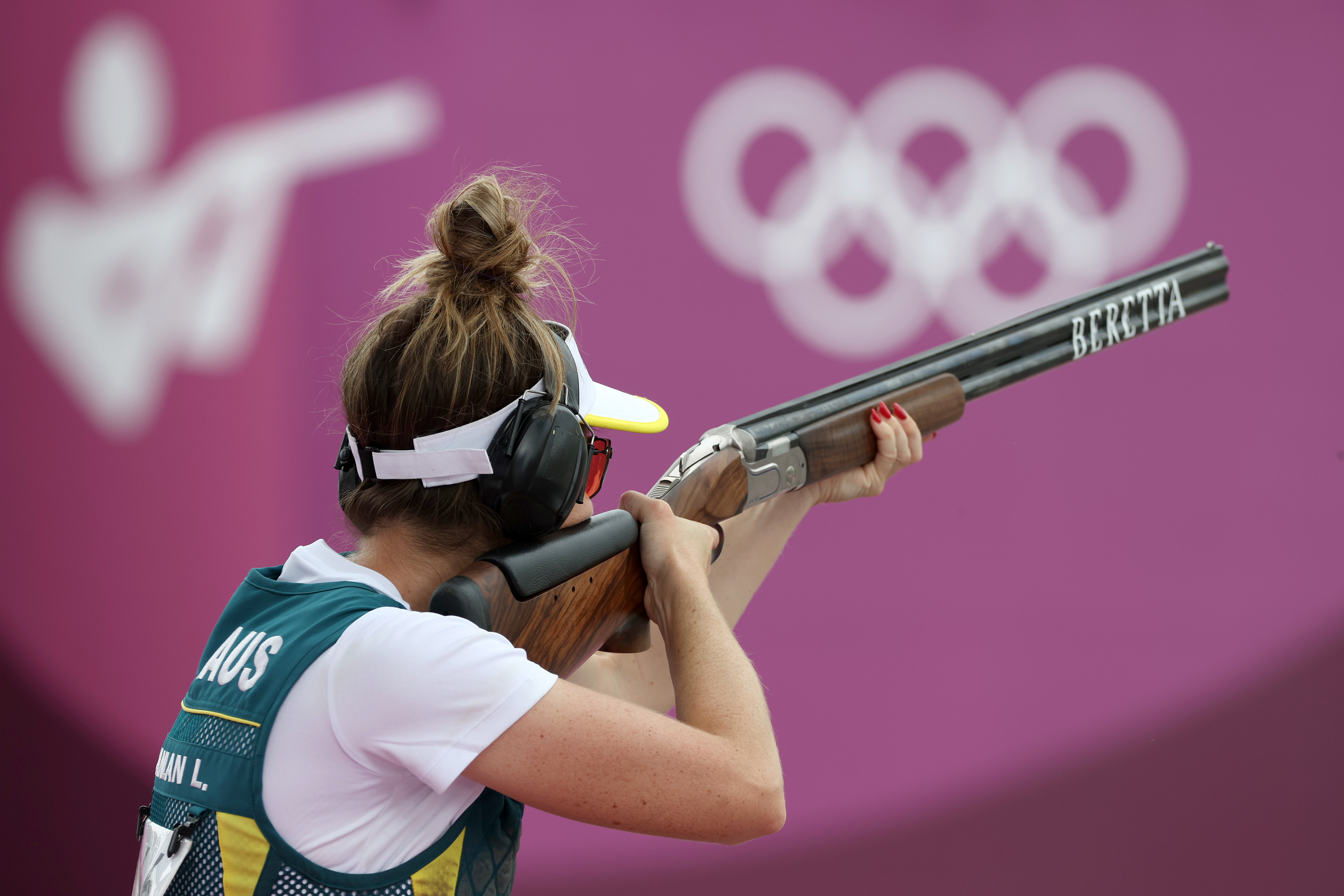 Scanlan said they were disappointed with the result but proud of their effort.

"We're both disappointed with our qualification score. We've shot better before but that's the Olympics and that's the pressure it brings," said Scanlan.

"Pressure is a privilege, and I am proud of James and myself that we gave it our all.

"Just getting to the Olympics with the whole pandemic and the postponement has been an absolute journey. I'm so proud of James and myself and the whole Australian team.

"I think we lacked international pressure. Australia wasn't allowed to travel to any of the World Cups in the lead-up to the Olympics.

"This has been our first international event in 18 months. You can't be disappointed with the results. We had the best preparation that we had available," she added.

Willett said he will digest his Games experience.

"I will take away some learnings and look forward to Paris," said Willett.

"You are always learning how to deal with pressure," he added.

Australia's other competitor in action on Saturday was Katarina Kowplos who contested the women's 50m Rifle 3 Positions event. Kowplos, 19, is competing in her first Olympics and finished 36th with a score of 1137.