The duo’s Olympic debut follows an inspiring performance from Poppy Starr Olsen in the women’s event on Wednesday, which saw the 21-year-old from Newcastle finish fifth in the Final and also win respect for her show of compassion and sportsmanship for a despondent rival.

Held in sweltering conditions, Olsen qualified in sixth for the eight-person final following a confident first run. She saved her best run for the final, compiling a score of 46.04 with her second run to secure fifth position and win bragging rights over her best friend, American Bryce Wettstein, who finished sixth. 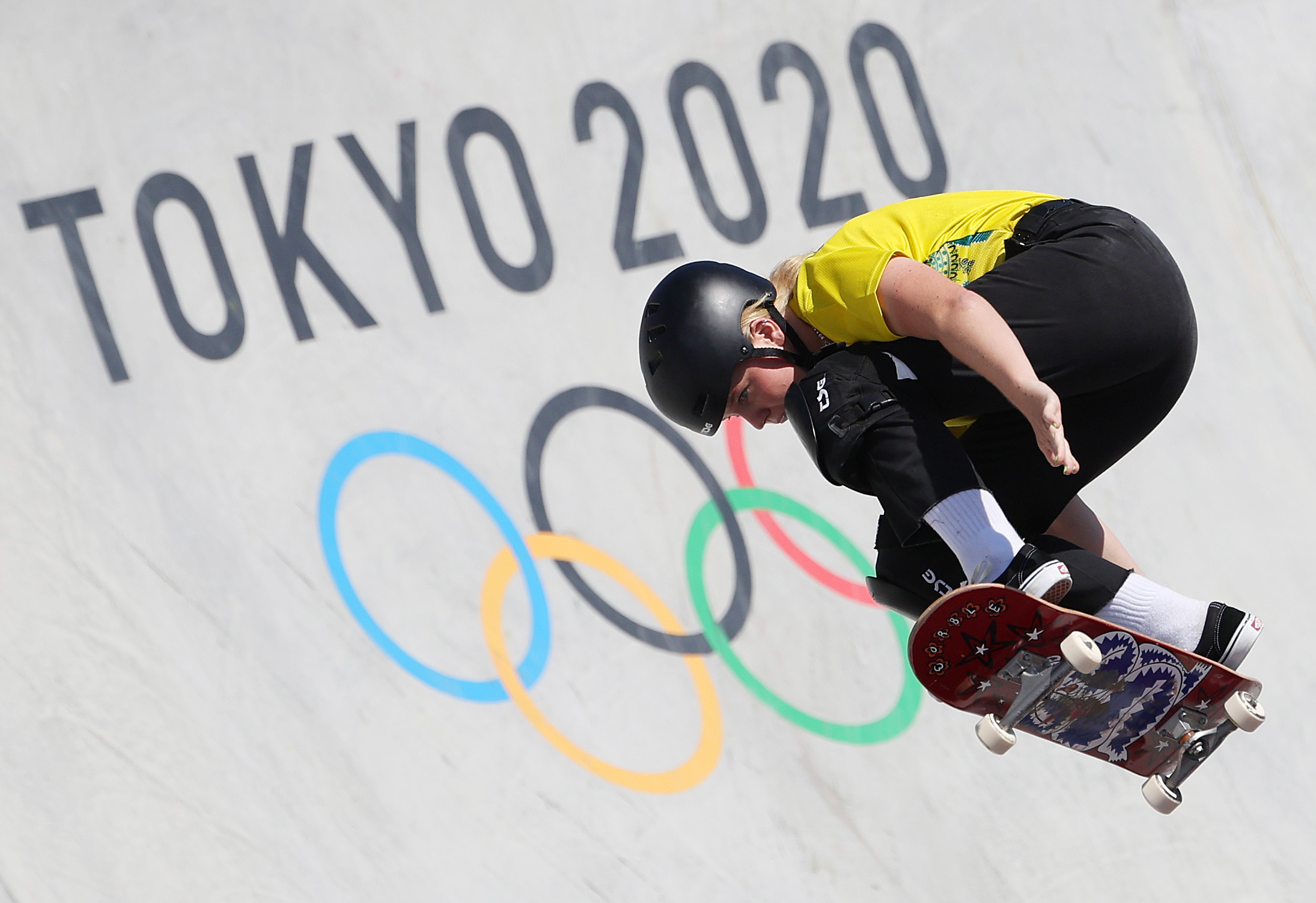 The gold medal went to Japan’s Sakura Yosozumi, who posted 60.09 with her first run and could not be caught. Her compatriot Kokona Hiraki won silver with a score of 59.04 while 13-year-old British star Sky Brown overcame crashes on her first two runs to snatch the bronze with a score of 56.47.

“It was crazy. My goal was to make the Final,” Olsen said.

“The fact we made it here was a win in itself with the pandemic and everything that’s happened.

“The fact that I was here was a win. The fact that I got to drop in and actually skate was amazing, and then just making the Final was incredible. I couldn’t have asked for anything more.

“I was skating with my best friend Bryce and we both made it (the Final), which was amazing, and so the fact I went and got fifth, put everything on the line, was awesome.”

In a superb show of sportsmanship, Olsen was centre-stage post the event as well as she helped console and chair off a despondent Misugu Okamoto from the course. The Japanese star and world No.1 pulled off some spectacular tricks that looked set to win her gold. But she fell just at the end of each run and missed the medals, finishing fourth. 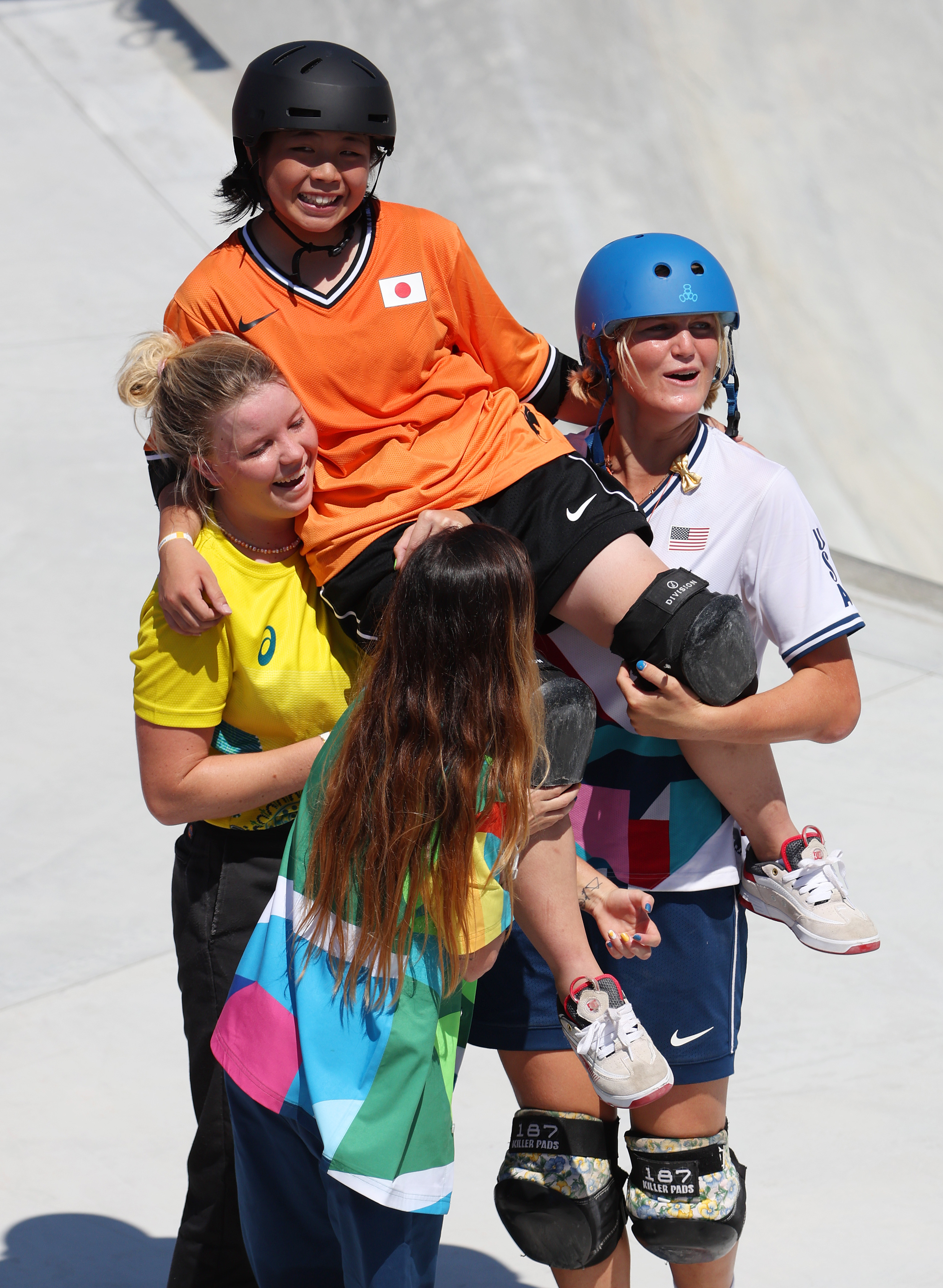 “Misugu has put so much work in and she’s won so many of the qualifiers, almost all of them, and I know she puts a lot of pressure on herself to compete and we all just wanted to let her know how much we love her,” Olsen said.

“Everyone was supporting all the girls in the Final, that’s just kind of what skateboarding is about and it’s really cool to showcase that to everyone watching.”

The men’s preliminary heats start at 10am AEST with the top eight qualifiers progressing to the Final starting at 1.30pm AEST.