Jean van der Westhuyzen as well as Jaime Roberts and Jo Brigden-Jones made the Final B (places 9-17).

In the women's K2 500m, Aly Bull and Alyce Wood raced down the course in a personal best time of 1:37.412 (+1.627), jumping up three places from their eighth place at the Rio 2016 Olympic Games and beating their personal best time by over two seconds in both the semi-final and final in challenging conditions.

Not only paddling partners, but best mates, Bull and Wood were able to walk away proud of their result.

"I think just to be in that final is a huge achievement," Wood said.

"We did it in Rio and things didn't go our way in the final there, so this was a bit of redemption.

"We were something like 0.6 seconds off the medals just then, in fifth place.

"Obviously you can have a little bit of disappointment, but I think we can be proud of that race – it's the best field we've seen, in my opinion, so it was very special to be in that race that's for sure," she said. 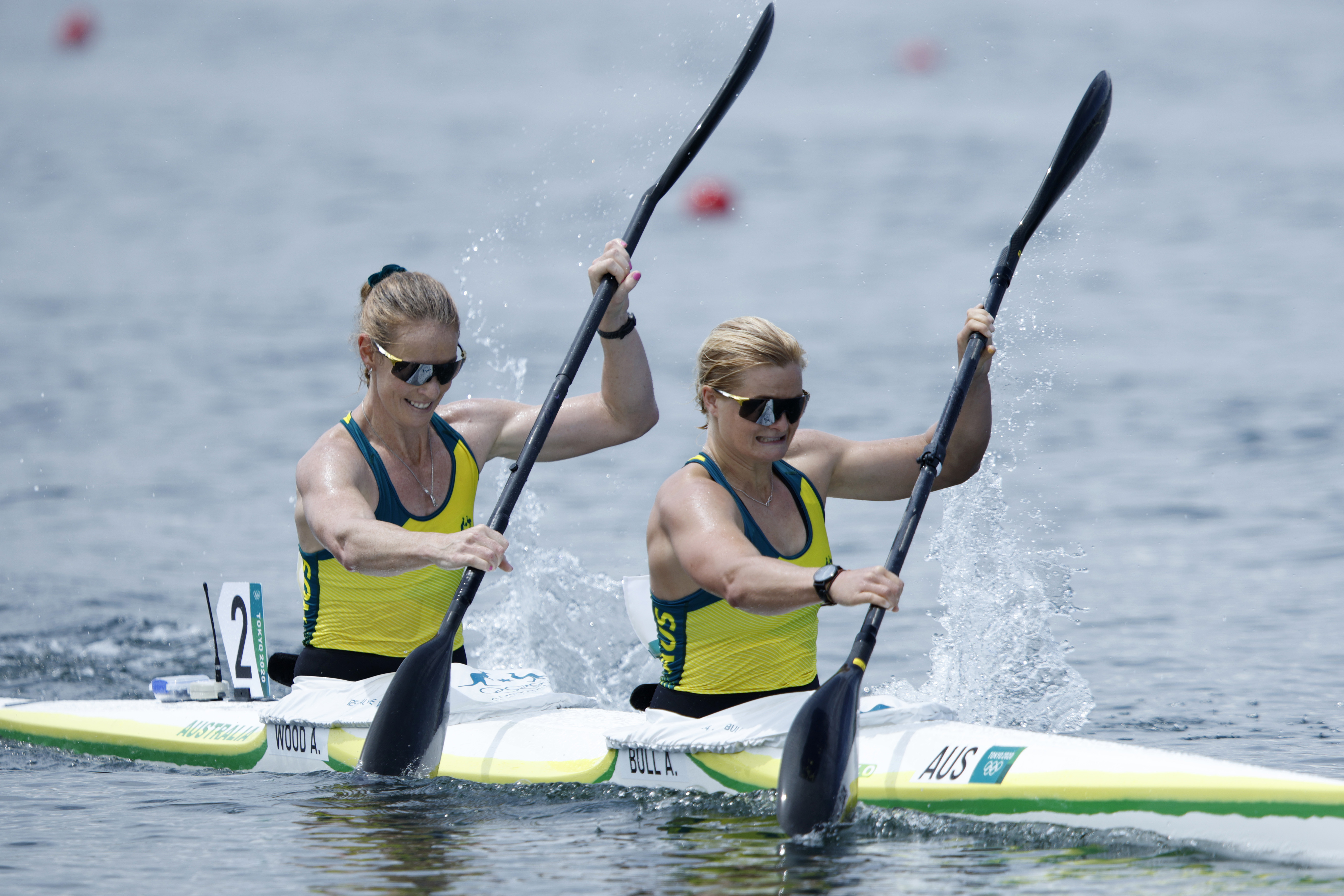 The pair kicked off the day with a blistering run in the semi-final, which saw them finish second in a time of 1:37.109, posting the second fastest times across both semi-finals and advancing through to the top eight Final A in style.

In the very tight race for medals, Bull and Wood finished only 1.627 off the gold medal winning Kiwi crew of Lisa Carrington and Caitlin Regal and 0.545 seconds off bronze, which was won by Hungary with Poland finishing in third.

With the K2 complete, Bull took a moment to reflect, before looking ahead to the women's K1 500.

"To be able to do PBs in your Olympic semi and final is pretty special," Bull said.

"We put together a really good race - there's obviously a few things we can work on, there always is. We're athletes and our own harshest critics, but I think we're really proud of what we put together.

"We'll both be lining up in the K1 500 next, so instead of lining up together, we'll be next to each other which is a tough one.

"We're best friends, and I want the best for Alyce, but we've both got to try our best out there," she said. 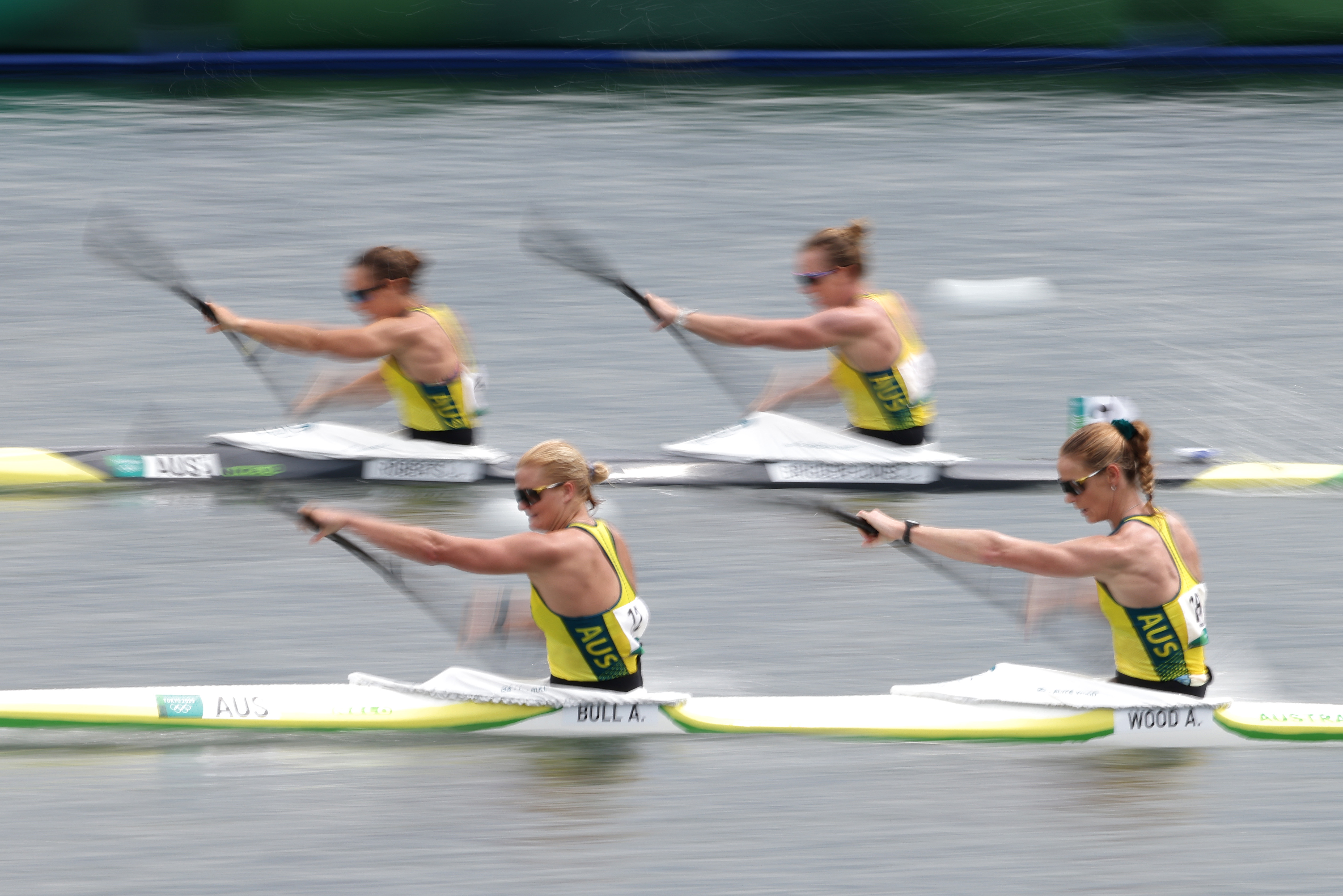 In the men's K1 1000m, young gun and team youngster Tom Green impressed by securing his first ever Olympic final berth after finishing third in the semi-final in a personal best time of 3:24.612.

In the Final, Green managed to hold on until the half way mark in fourth position before the top of the field pushed away.  He crossed the finish line in seventh with World Champion Balint Kopasz (HUN) winning gold ahead of his teammate Adam Varga and Portugal's Fernando Pimenta in third.

It was the first time the 2019 U23 K1 1000m World Champion raced the K1 1000m on the Senior world stage and at only 22-years of age and missing the last two years of international competition due to Covid, he made it clear he will be a force to be reckoned with in the future

"I feel like I did everything I could.  It wasn't quite the result that I wanted, but it does give me a lot of hunger for the next three years.  I'm going to do everything I can between now and then (Paris) to cement myself in that K1 spot," Green said.

"I've got the K2 tomorrow, and the plan is to try and make it straight through to the semi like I did in the K1.  That's what I'm going to focus on for now – try and recover, put today behind us and reflect on everything else after the Games."

Green will line-up next in the K2 1000 m together with team mate Jean van der Westhuyzen, who finished third in the B final in a time of 3:26.955.  Van der Westhuyzen missed the Final A after an eighth place in the semi.

Olympic Games debutant Jaime Roberts and London Olympian Jo Brigden-Jones finished fifth in the Final B in a time of 1:41.073 after an eighth place in the semi-final.