SNOWBOARD: END_OF_DOCUMENT_TOKEN_TO_BE_REPLACED has become Australia's first medallist of the Beijing 2022 Winter Olympic Games, taking out the bronze medal in the women's snowboard slopestyle at the Genting Snow Park.

It was pure elation for the 21-year-old from St Kilda in Melbourne, which finally puts the injury disappointment at PyeongChang 2018 behind her as she's become Australia’s youngest woman to win a Winter Olympic medal. 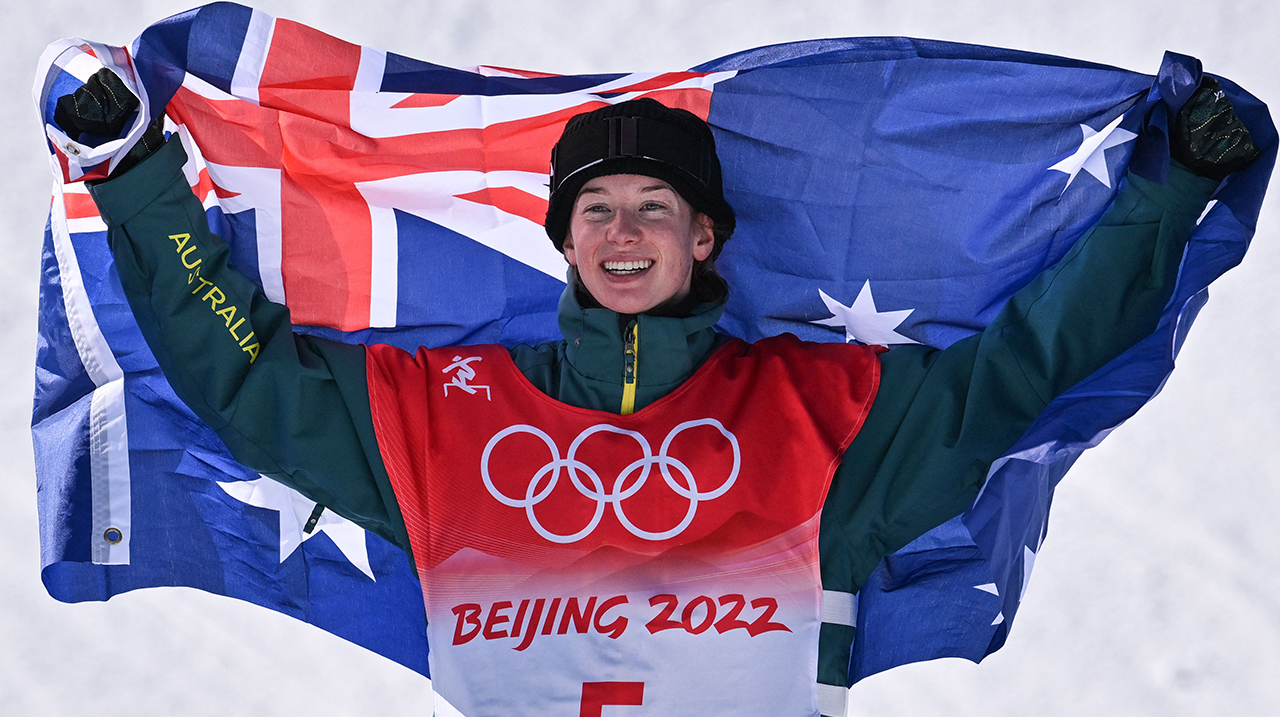 Tess showed poise and skill beyond her years to post her bronze-medal clinching run, 84.15, on her last run in the competition. The score positioned her to occupy third position, after which she had to endure a nervous wait for the remaining competitors to potentially bump Tess off a podium finish.

She completed the podium with New Zealand’s gold medallist Zoi Sadwoski Synnott who scored 92.88 and silver medallist Julia Marino from the United States of America whose best score from the judges was 87.68.

The bronze medal for Tess goes down as Australia’s first ever Olympic medal in the snowboard slopestyle competition.

“That was wild, that was so insane,” Tess said.

Saving the best 'til last 💯@Tess_Coady lays down an 84.15 for her third and final run 🙌

“Making it to the finals is always a win. Last night I was chatting to a friend and he said to me that I finally earned my ticket to freedom from the last four years.

“I really just took that mentality into today.

“I came back and got my redemption yesterday. Today I just wanted to have the best time and enjoy it the most and just send it.”

Tess qualified for the PyeongChang 2018 Olympics as Australia's youngest competitor at just 17 years-old. Unfortunately, she suffered a season-ending ACL injury during a training run on the Olympics course which robbed her of competing.

“It’s crazy doing this kind of tour when you’re a teenager. It’s pretty easy to get to this big stage and think you’re a rockstar. That kind of happened [to me], I just became complacent and sort of stopped working hard.

“[The injury] was totally kick up the arse that I needed to just get to work. In that whole year [rehabbing] I saw everyone getting so much better than me and when I got back on the snow, that was no excuses from here.”

Tess knew she had the bronze medal locked up before the last run of the competition, which Sadwoski Synnott used to improve from a silver medal position to the gold medal.

The three medallists all share an extremely tight bond which dates back many competitions, and their emotions immediately spilled out together while sharing in each other’s success. 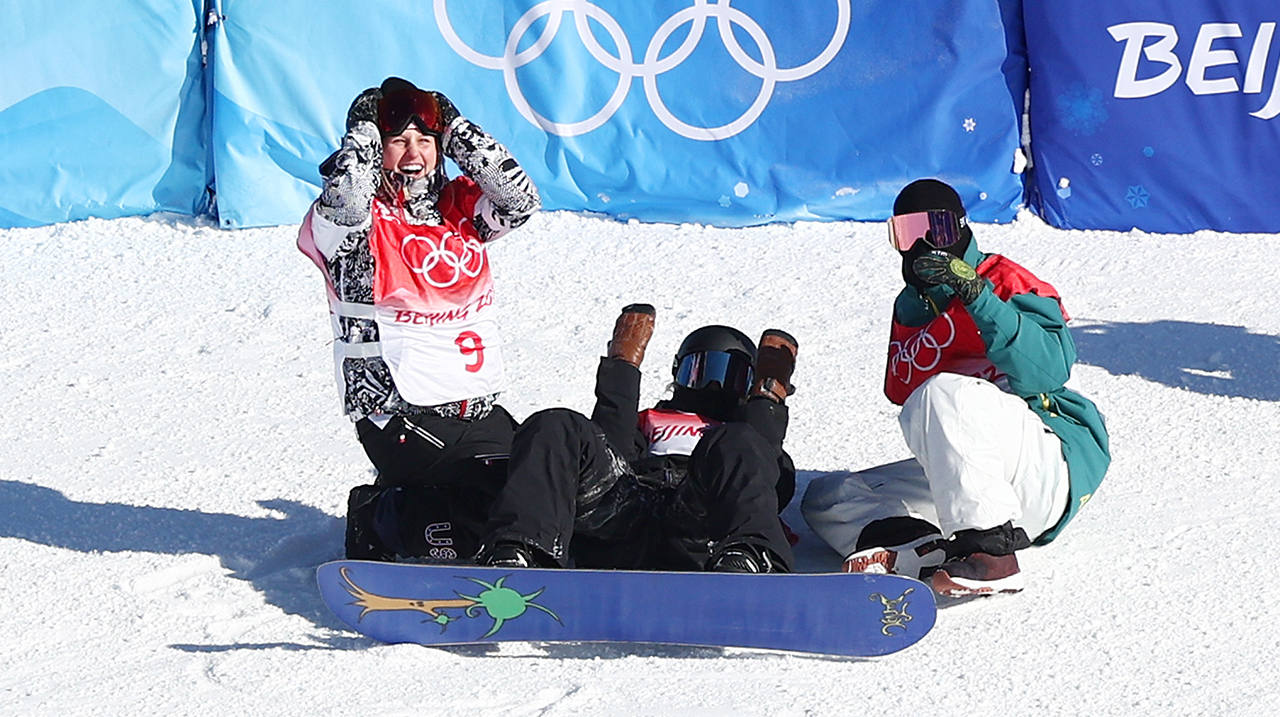 “I love those girls so much. We’re all so tight. It’s pretty crazy in this sport, it’s not like a lot of other sports where there’s a lot of crazy competitiveness. There’s nothing better than seeing someone land a good run.

“Julia, she’s been struggling with slope events for the last year or two – not landing anything – and she was riding so good in the practice and it’s so good to see her land something good because she deserves to be on that podium.

“And Zoe is one of my best mates. I’m just so, so hyped for her. She deserves that win so much.”

After finishing yesterday’s qualifying with the fifth best jump, Tess upped the ante in the final and set the tone for the rest of the field by being the first athlete of the competition to score over 80 with an 84.15. 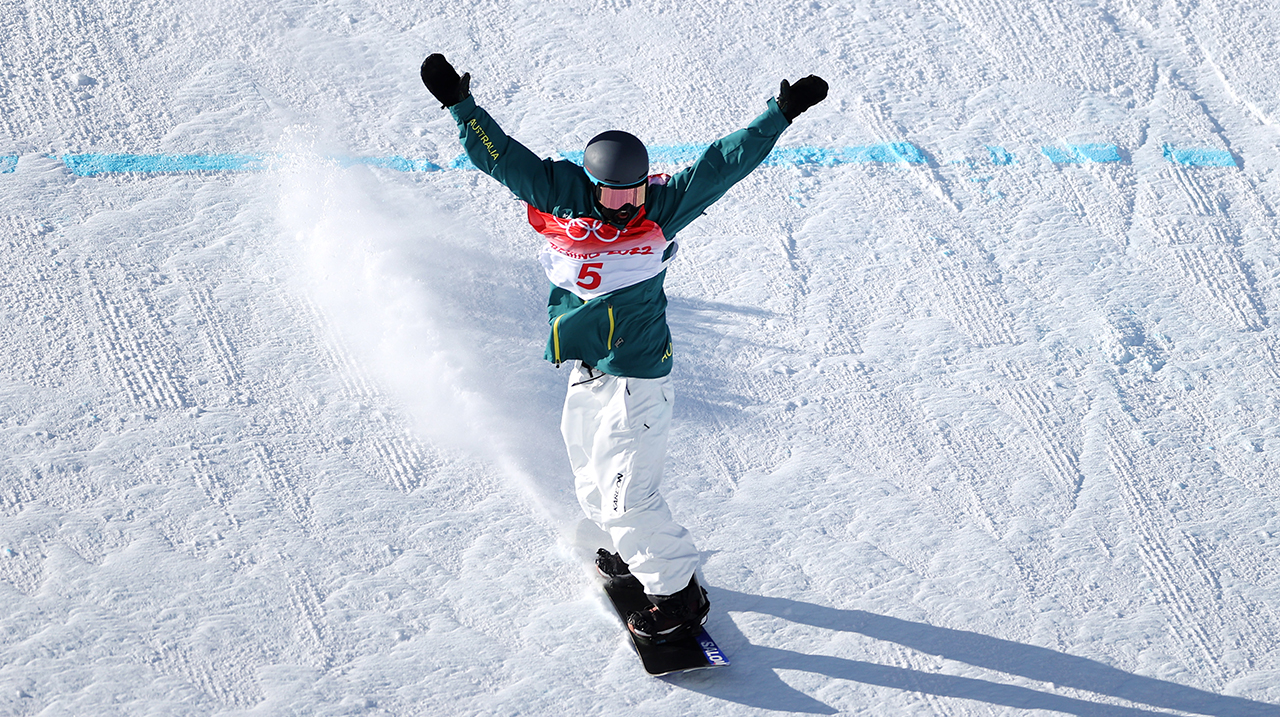 The bronze medal for Tess becomes the 16th medal Australia has won in Winter Olympics history.

She had an encouraging result leading into the Beijing Olympics when she won bronze in the women’s snowboard slopestyle at the 2021 World Championships in Aspen, Colorado.

CAN YOU SNOWBOARD IN AUSTRALIA?

Yes! There are 10 Ski Resorts in Australia that are easy to access.

HOW MUCH DOES IT COST?

Snowboarding is very affordable to #HaveAGo. You can rent all the equipment you need which is a low-cost way to try snowsports.

WHAT KIT DO I NEED?

All you need is a snowboard, snowboard boots, helmet, snow jacket, gloves and pants. All these items can be rented from snowboard shops to help get you started without having to buy everything for your first time.

Ready to Have A Go at Snowboard?