The Olympics brings out the best in sport and in athletes’ sportsmanship and END_OF_DOCUMENT_TOKEN_TO_BE_REPLACED actions, when beaten in the men’s Double Trap final shoot-off at the Sydney 2000 Olympic Games, have largely gone unheralded.

Mark arrived at the Sydney Games as the defending Olympic champion after comfortably winning the event four years earlier at the Atlanta Olympics.

In the Atlanta Double Trap final was a raw, 19-year-old British athlete named Richard Faulds and, by the time the Sydney Olympics had rolled on, Mark identified him as the major threat to his bid for back-to-back Olympic gold medals.

Whilst they were rivals on the range, they were firm friends once the shotguns were unloaded.

In the final months leading into the Sydney Olympics, Mark invited Faulds and his coach Ian Coley to stay in Werribee, on the south-western outskirts of Melbourne, and train with him at the Werribee Victorian Clay Target Club.

While he had won a World Cup event at the Sydney International Shooting Centre six months prior to the Olympics, Mark was desperately trying to recapture the form he displayed at the Atlanta Olympics and he believed training with Faulds will help his gold medal defence. 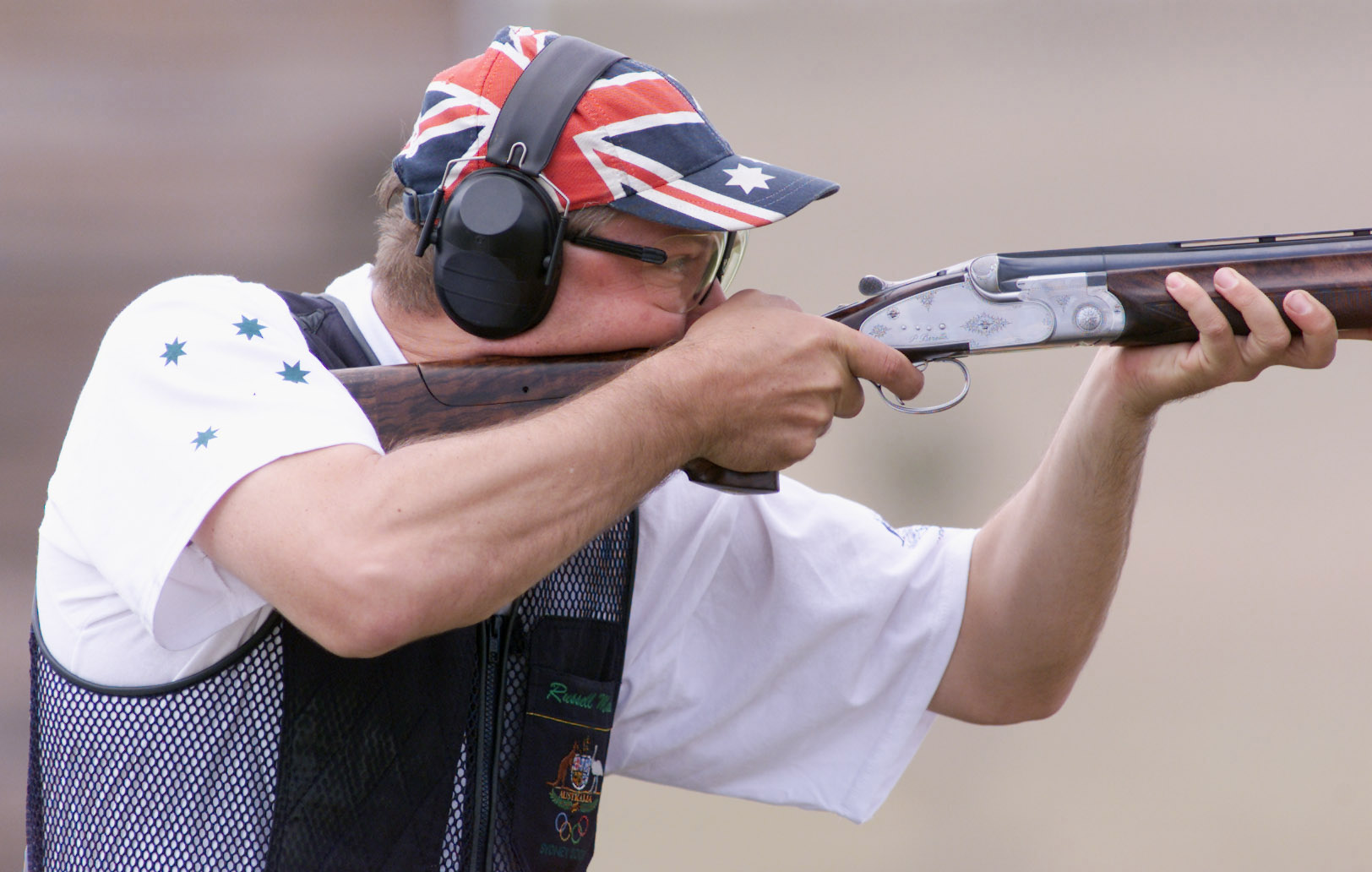 “It doesn’t matter who you are, when you train with someone who is shooting better than you are, you get better,” Mark said.

The tactic worked during qualifying at the Sydney Olympics when Mark shot an Olympic record score of 143, including a perfect second round score of 50, to open a two target lead over Faulds, Sweden’s Conny Persson and Fehaid Al Deehani from Kuwait.

In the final, Faulds shot a brilliant 46 from 50 targets while Mark managed 44.

With the scores level, the two friends were now locked in a nerve-racking shoot-off with the 10,000-strong crowd desperate for another Michael Diamond-Russell Mark shotgun quinella after Diamond successfully defended his men’s Trap gold medal two days earlier.

As tensions soared, Mark missed one of his first two clays to open the door for Faulds, but the Brit missed his second target much to the loud delight of the home crowd.

With the gold medal on the line, Mark’s deep sense of fair play took over and he turned to the crowd and motioned them not to repeat the cheering when an opponent missed a target.
“They (the crowd) were sort of rude and the protocol of shooting is obviously like it is for golf,” Mark explained.

“I made a mistake, I guess, tactically because I turned around, and you never turn around. You should never look at anyone other than in front. I asked them (the crowd) to be quiet and then of course I missed the next shot and Richard won the Olympics and I finished second,” he said.

Despite the bitter disappointment of being so desperately close to a second Olympic gold medal, Mark has no regrets for his actions. 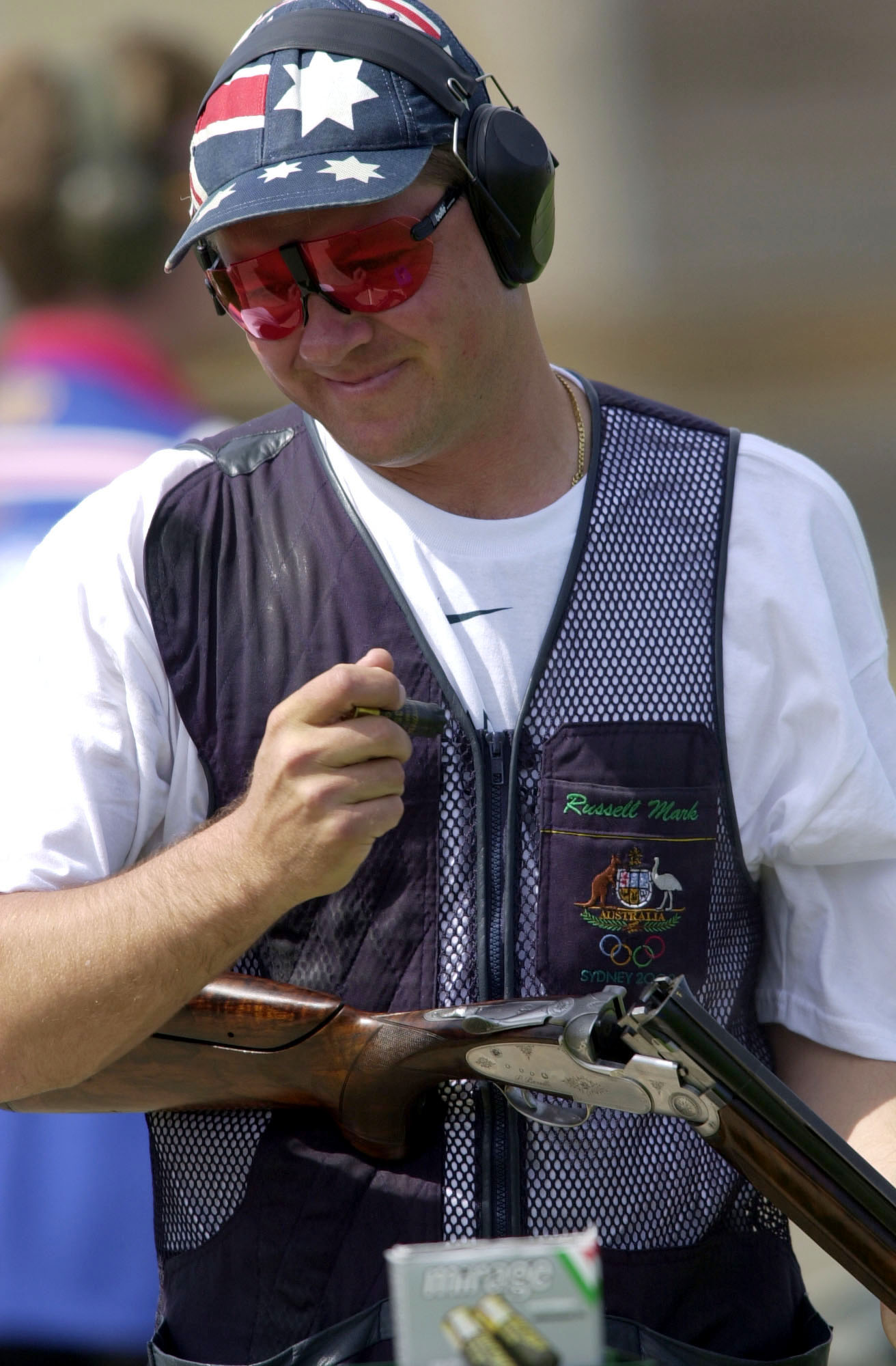 “I wouldn’t have felt right if I had won the Olympic Games the way the crowd was. The crowd was prepared to do everything to put Richard off,  bar throw rocks at him,” Mark said.

“The right guy, in all honesty, won the Olympics that day. Four years before that in Atlanta, he went perilously close as a teenager.”

With his wicked sense of humour, Mark says he lost the gold medal a week prior to the Sydney Olympics when Faulds and Coley were finishing their training in Werribee.

Both Faulds and Coley were keen fishermen and Mark’s dad, Brian, invited them to take his 30 feet twin engine twin hull fishing boat out on Port Phillip Bay.

However, Brian Mark forgot to insert the plug at the bottom of the boat, and the British pair eventually made their way back to shore after bailing several bucket-loads of water in an attempt to remain afloat.

“I remember berating my father when they came ashore saying ‘I just gave you one job, one job, and you blew it. You let him come back!’” he said with a laugh.

Despite being runner-up to Faulds, Mark holds fond memories of the Sydney Olympics. 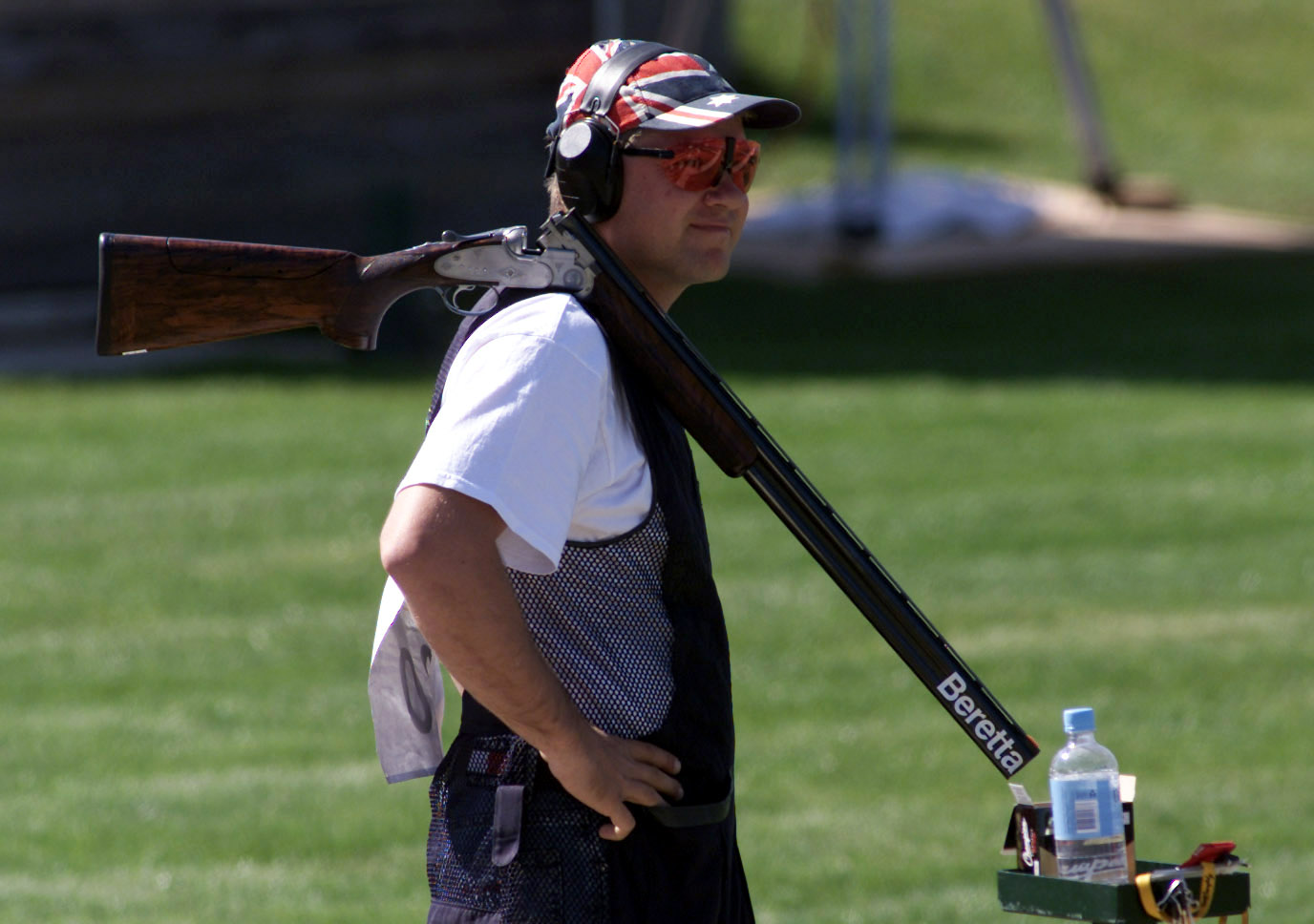 “It certainly made my result better. I was under no illusions that I probably wasn’t at my best when I went to the Sydney Olympics but having known every blade of grass on that ground, it certainly helped.”

In 1996, Mark was at the peak of his form and he enjoyed a close bond with Diamond where they travelled overseas together and were regular team room-mates before both winning Olympic gold medals.

“I’ve often said that I believe Michael winning (in Atlanta) helped me win. It’s very hard to soar with eagles if you are knocking around with turkeys. And when you are rooming with someone of Michael’s calibre, as he was certainly back in that period, it helped me. There’s no doubt about it,” he said.

However, Mark admits he lost full focus in Shooting after his Atlanta gold medal despite later attending the Sydney 2000, 2008 Beijing and 2012 London Olympics.

“I was never quite the force again, I believe, when I left that ground in Atlanta that afternoon. I probably never shot at 100 per cent again,” he said.

“Winning an Olympic gold medal is great, but it’s not the be-all and end-all in your life. I think when I got it, within a couple of months of getting it, I realised there were more important things in my life than sport,” he added.

In the years to follow, Mark had purchased the first of two hotels, worked as a radio sports commentator and presenter in Melbourne, served on the Board of Shooting Australia and the Victorian Olympic Committee, and dabbled in politics as a Liberal Party Federal candidate before withdrawing from the election race.

He missed selection for the 2004 Athens Games when he blew the barrels of his shotgun at the Olympic nomination trials, but returned to the team in 2008, where he reached the final, and was placed 20th in London in 2012.

In total, Mark attended six Olympic Games and is only one Games behind equestrian Andrew Hoy for the most Olympics by an Australian.

In 2009, Mark was named by the International Shooting Sports Federation (ISSF) as the greatest ever Double Trap competitor and one of the top 10 greatest marksmen of all time. Last year, he was inducted into the Sport Australia Hall of Fame.

While he nowadays mentors and coaches Australian Olympic Trap athletes, James Willett and Laetisha Scanlan, he fears Double Trap will continue to be excluded from future Olympics after it was overlooked for the Tokyo Games next year.

“The ISSF wrote its death warrant when they took away the women’s (Double Trap) event in Rio. There is no room in sport for sexist events,” he stated.

And while he did not like how the Sydney crowd cheered when Faulds missed a target in his first shoot-off pair at the Sydney Olympics, Mark believes active crowd involvement should be encouraged by the ISSF just as the PGA Tour has allowed barracking at the par 3 16th “Stadium Hole” at the USA’s Phoenix Golf Open.