SAILING: Australia's top sailors have put on a clinic on the waters of Enoshima, with two perfect scorecards on Thursday.

Laser sailor Matt Wearn won both the seventh and eighth races in his class, to take a commanding lead in the section. Australia's men's 470 crew Mat Belcher and Will Ryan backed it up with a similarly perfect day, winning both their third and fourth races.

Wearn's Olympic campaign got off to a shaky start, with a 17th and 28th in the first two races of the regatta.

"I felt like I had underperformed earlier in the week, so it was nice to be able to go out and put together some performances like I would expect myself to do," Wearn said.

But he's since found his rhythm, and if says he's feeling comfortable and focused. 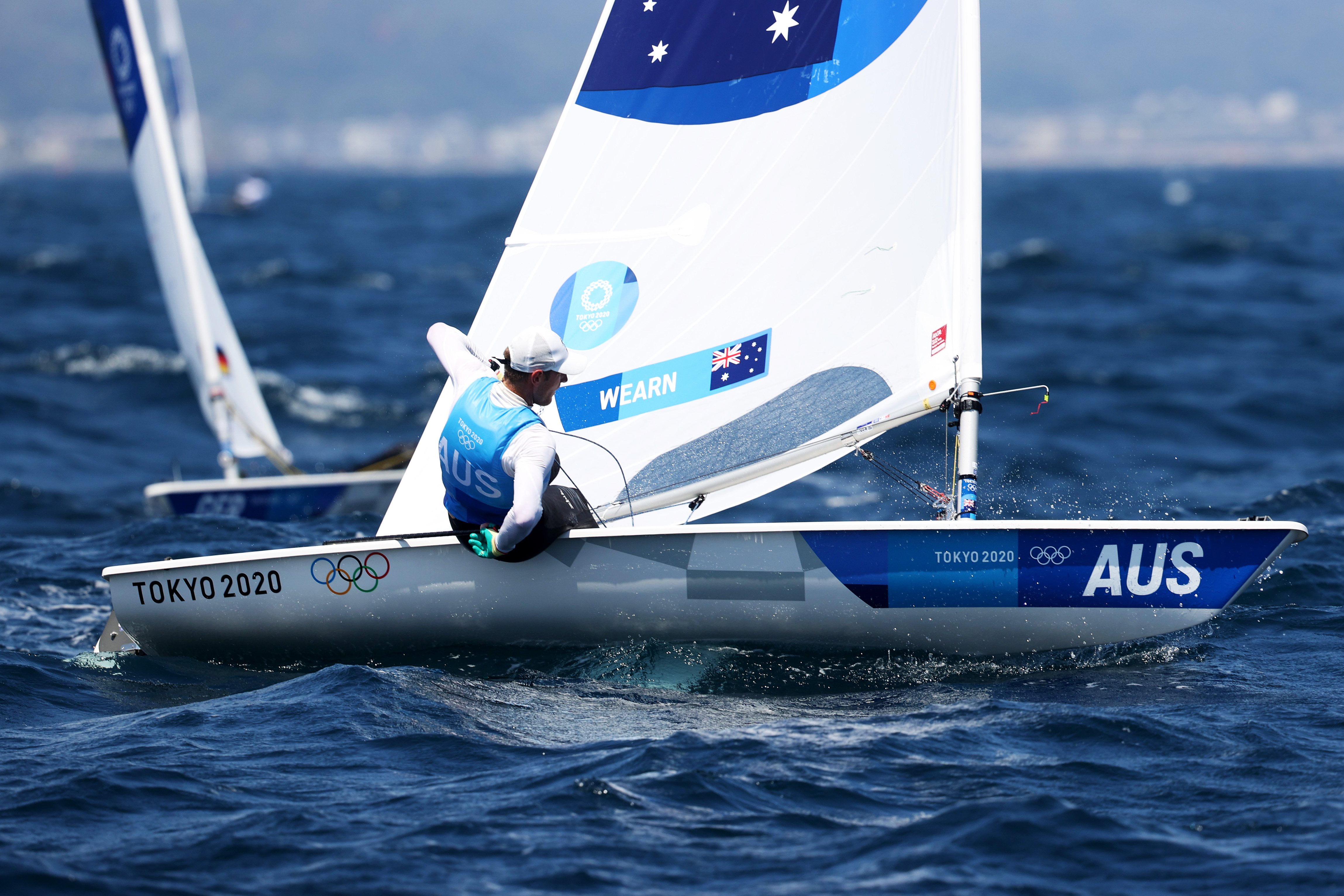 "You're never going to feel bad coming off the water after two wins. It was nice to unleash a bit of speed and great to have a couple of good starts which helped set up my races, but I know there's still plenty of sailing left."

Belcher and Ryan hold top spot in their class nearly halfway through the regatta, but say they're not getting ahead of themselves just yet.

"It's still early days, and we know there's a lot more to come," Belcher said. "We go out with specific goals and the most important thing to us is that we hit those goals and have success with our sailing. The results will take care of themselves."

Despite being widely regarded as favourites in their class, the pair say they aren't allowing the pressure to get to them. "The Olympic Games is a lot of pressure on everybody, not just on us," Belcher said. "We've been in this position before and we've got such a strong foundation now so we just focus on doing what we always do."

Rio silver medallists Jason Waterhouse and Lisa Darmanin are sitting in fifth place overall in the Nacra 17 division, after another solid day. They placed fourth, seventh and eighth in their three races on Thursday, at the halfway mark of the regatta.

Queenslander Jake Lilley is in eight spot after six races of the Finn class, the women's 470 crew of Nia Jerwood and Monique de Vries are sitting in 11th place amongst their fleet, and young debutant Mara Stransky had a day she'd rather forget in the Laser Radial competition, falling afoul of the judges in the first race to be disqualified and then finishing 24th in the second race.