Andrew Gaze, captain of the B... | Australian Olympic Committee

Andrew Gaze, captain of the Boomers and of the nation

Sydney 2000 Opening Ceremony flag bearer and Boomers captain Andrew Gaze will go down in history as one of Australia’s greatest basketballers.

Following in the footsteps of his father and fellow Olympian, Lindsay Gaze, Andrew competed at an incredible five Olympic Games before hanging up his sneakers as the world’s second-highest scorer in international basketball.

“Well, I was born into the sport because of the environment I grew up in,” Gaze said of his basketball beginnings. 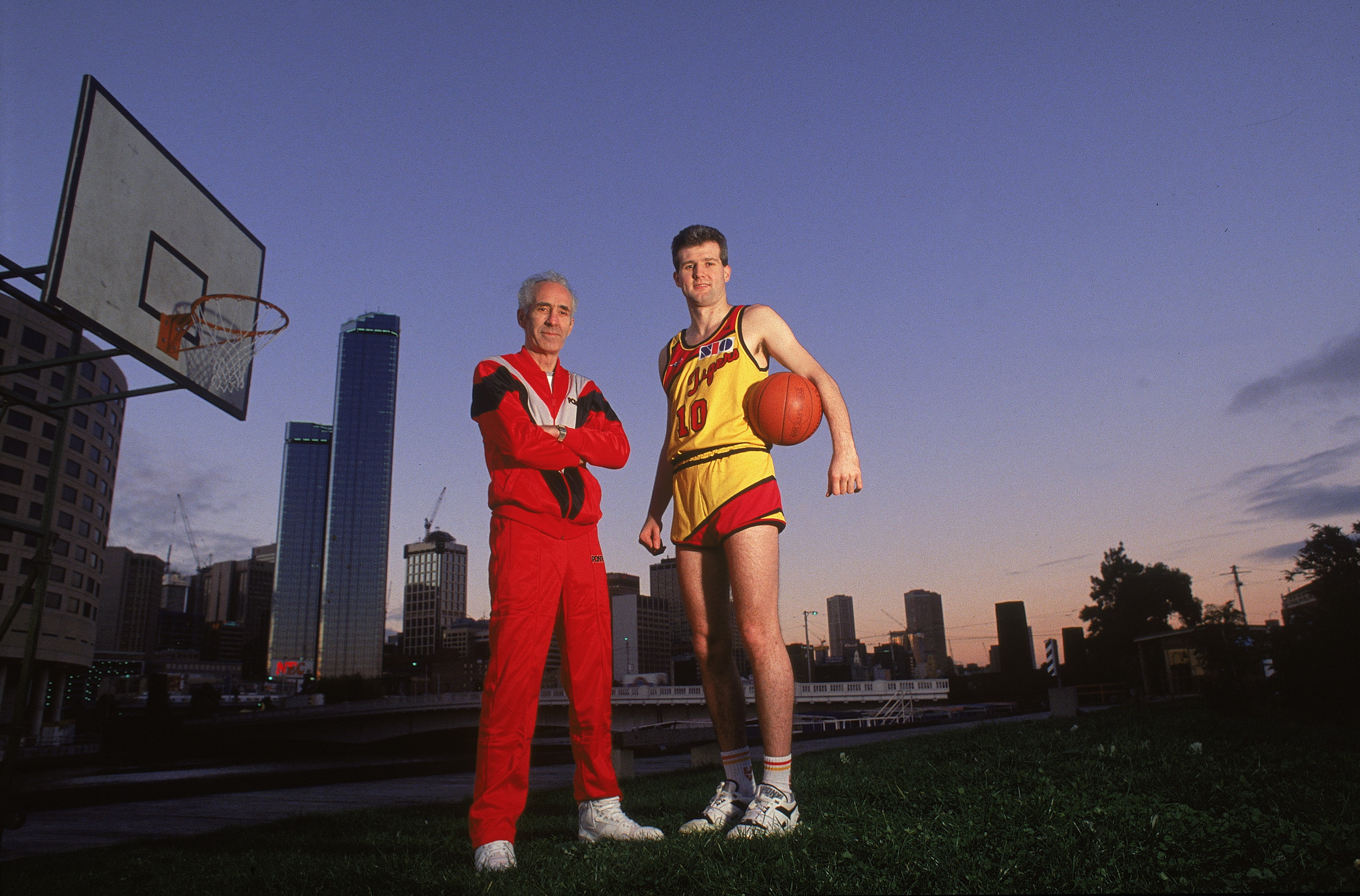 “Dad was the General Manager of Basketball Victoria and attached to the old Albert Park basketball facility was the manager's residence, so from the time I was born, to the time I was about 13, I lived with a nine-court basketball stadium in my backyard.

“That gave me a great introduction to the game and every single day, I had access to a fantastic facility. It was a unique environment but one that served me well, as far as learning the skills and just having access to courts.”

His father, Lindsay, was a basketball icon as a player, coach and administrator.

He competed at the Tokyo 1964 Olympic Games, then went on to coach the Boomers at Munich 1972, Montreal 1976, Moscow 1980 and Los Angeles 1984, where both father and son represented the country on the Olympic stage. 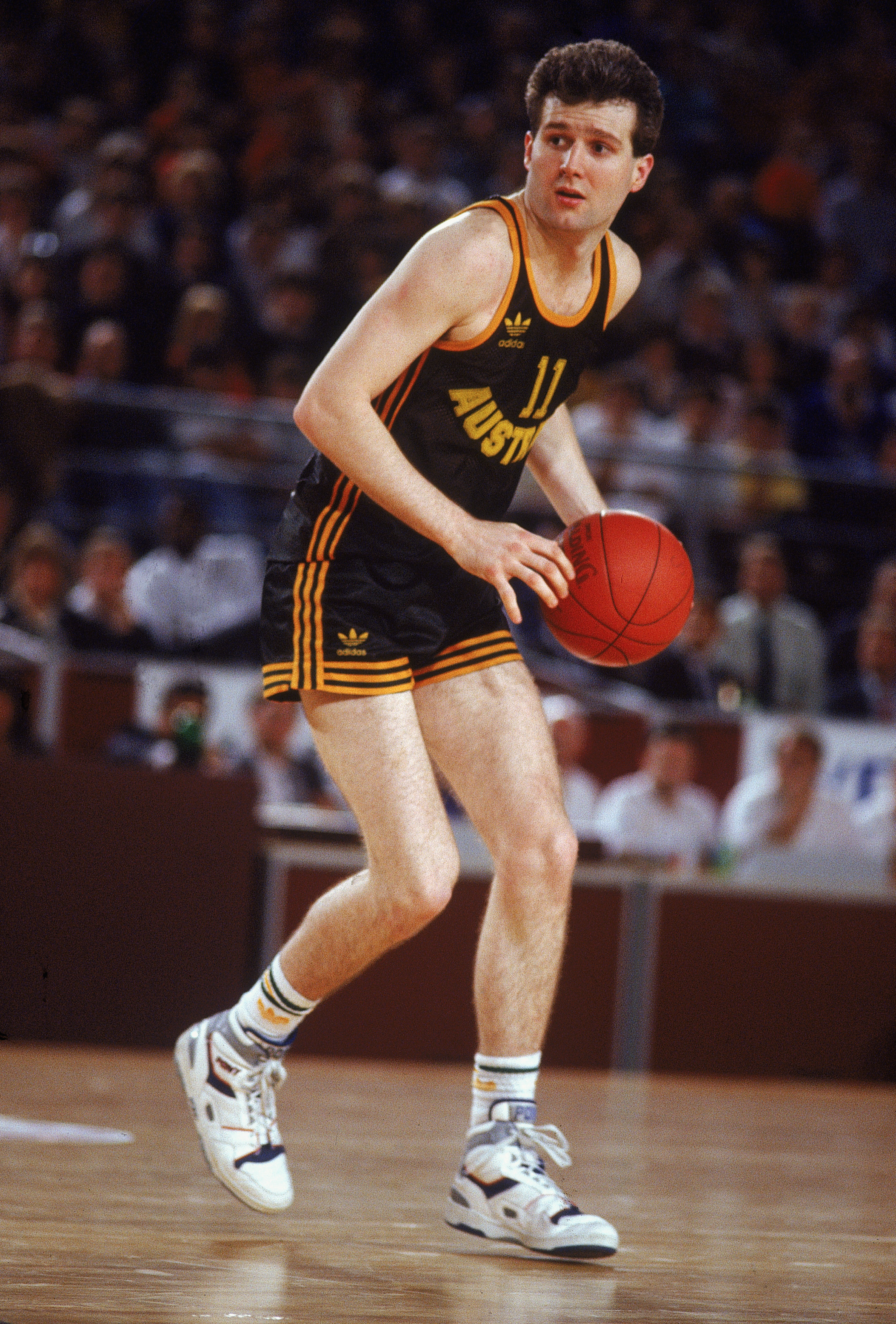 For some, mixing parenting and coaching was a recipe for disaster, but Gaze said for him, it was always a positive experience.

“I didn't really know any different because dad had been coaching me on an individual basis my whole life,” Gaze explained.

“He never actually started coaching me in a team environment until I started to play senior basketball when I was about 15, but I think his coaching style was one that made it a little bit easier than some of the parent-child relationships you see in sport because he's always been very pragmatic.

“He’s not a dictatorial-type coach and as such, you didn't have all the ranting and raving or emotive outbursts, that was not his style so having him as both my dad and my coach really had no bearing on me.

“I had the good fortune to play under a lot of different coaches, with the Olympic Teams or playing overseas, and even playing here in Australia, so it didn't make that much of a difference. 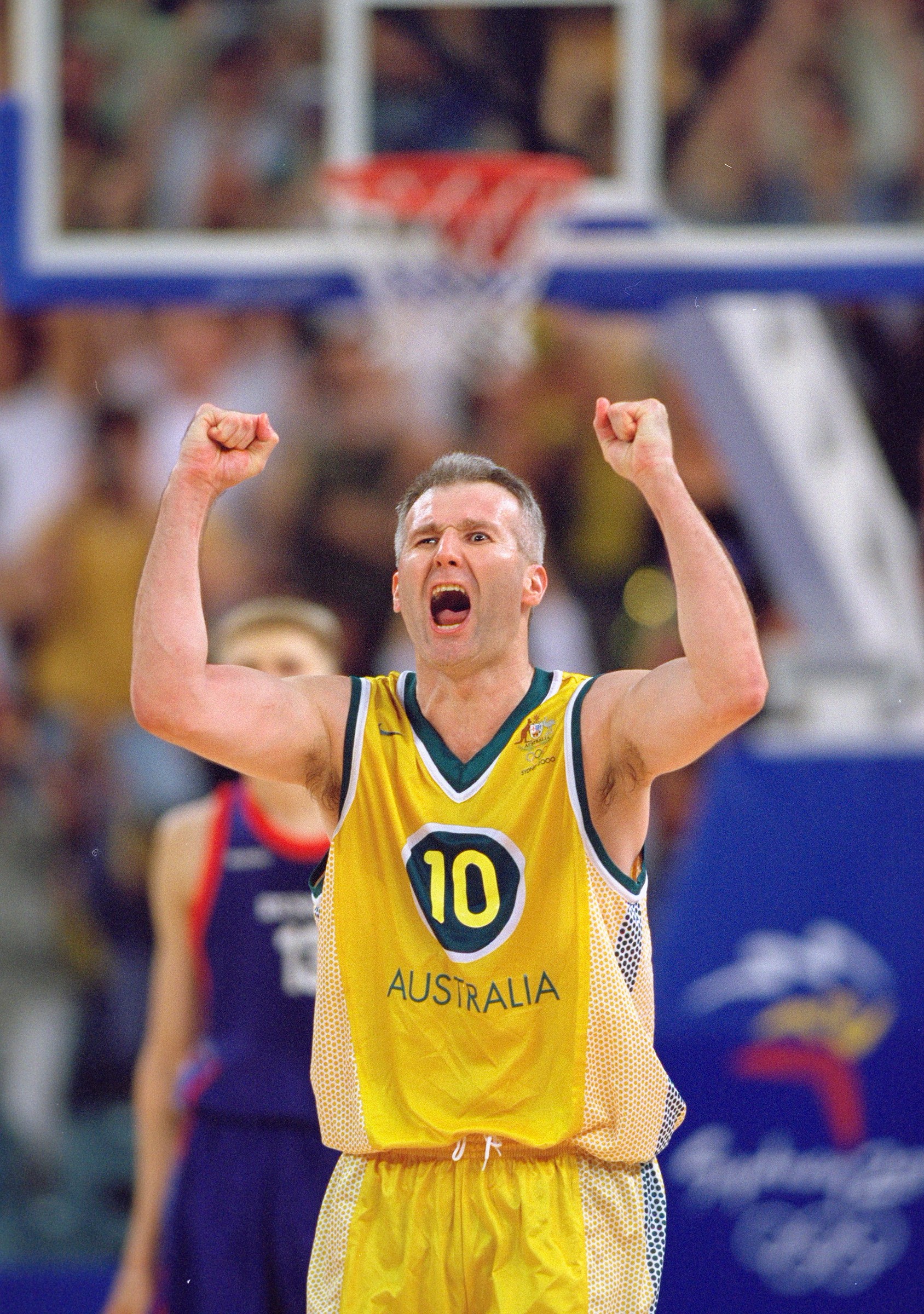 “Of course, there are the cries of nepotism as you come through and start getting opportunities, but fortunately, that didn't have too much of an impact.”

Gaze made his Olympic debut at Los Angeles 1984, under his coach and father. He said being able to share that experience with his dad was a dream come true.

“Competing at an Olympics alongside my dad was great and for me, it was the fulfillment of a lifelong goal.

“My boyhood dreams when I was growing up, were significantly influenced by my parents, in particular, my dad, and seeing him compete at the Olympics provided great inspiration for me,” the now 55-year-old said.

“To get that opportunity in 1984, and then to have the privilege of sharing it with my dad made it even more special.”

After Los Angeles 1984, Andrew went on to compete at the Seoul 1988, Barcelona 1992 and Atlanta 1996 Olympic Games where he led the Boomers to their best-ever Olympic finish when they came fourth.

Ahead of Sydney 2000, he was named captain of both the Boomers and the Australian Olympic Team, which meant he was honoured with carrying the Australian flag at the Opening Ceremony.

“There was talk prior to the 2000 Olympics about me being a candidate, but I never really took it that seriously,” Gaze said of his response when being asked if he would do the honours.

“I was eventually asked by John Coates, who was the Chef De Mission at Sydney 2000, and I was very grateful that he thought I was worthy,” Gaze remembered.

“The honour of being the captain of not just the basketball team, but the entire Australian Olympic Team on home soil was something very, very special.

“That thrill of being able to introduce our athletes to the world, carry the Australian flag and hear the roar and excitement that was being generated by the fans… I felt anticipation, joy, I'll never forget that moment.”

Gaze said that the energy and excitement from the home crowd was what bolstered the team into the medal rounds.

20 years ago today! Forever grateful for the privilege and honour. 🇦🇺 ❤️

“The crowd were fantastic; they made such a difference.

“If you go back in history and you look at all the host nations, there's a general pattern that most of them have their most successful campaigns when the Games are held on home soil.

“A lot of that has to do with the environment, you're in the familiarity of the conditions and those things are significant, but equally important are the fans and the way in which they provide that emotional boost, that lift, that excitement, that atmosphere and you can draw on that energy.

“We weren't able to win a medal but we got through to the medal rounds and much of it was because of the fans and the support they were able to provide us and also, the fact we could look up in the stands and see family, friends and those close to us, it does help when you're competing at the highest level.”

Although it was never his plan to end his Olympic career at home, Gaze said in the end, it was his body that forced the decision.

“I would’ve loved to have kept playing but eventually the body said it’d had enough,” Gaze shared.

“The mind was always willing, the mind is still willing, I reckon I’d be able to go out there and still be able to do something, but the body no longer wants to cooperate,” he laughed.

“But I'd had an incredibly good run and I’m really grateful for the experiences that I had, but it was time to move on.”

The bond between father and son was once again evident when Andrew and Lindsay retired on the same day in May 2005, after forming the longest standing father-son partnership in sporting history. 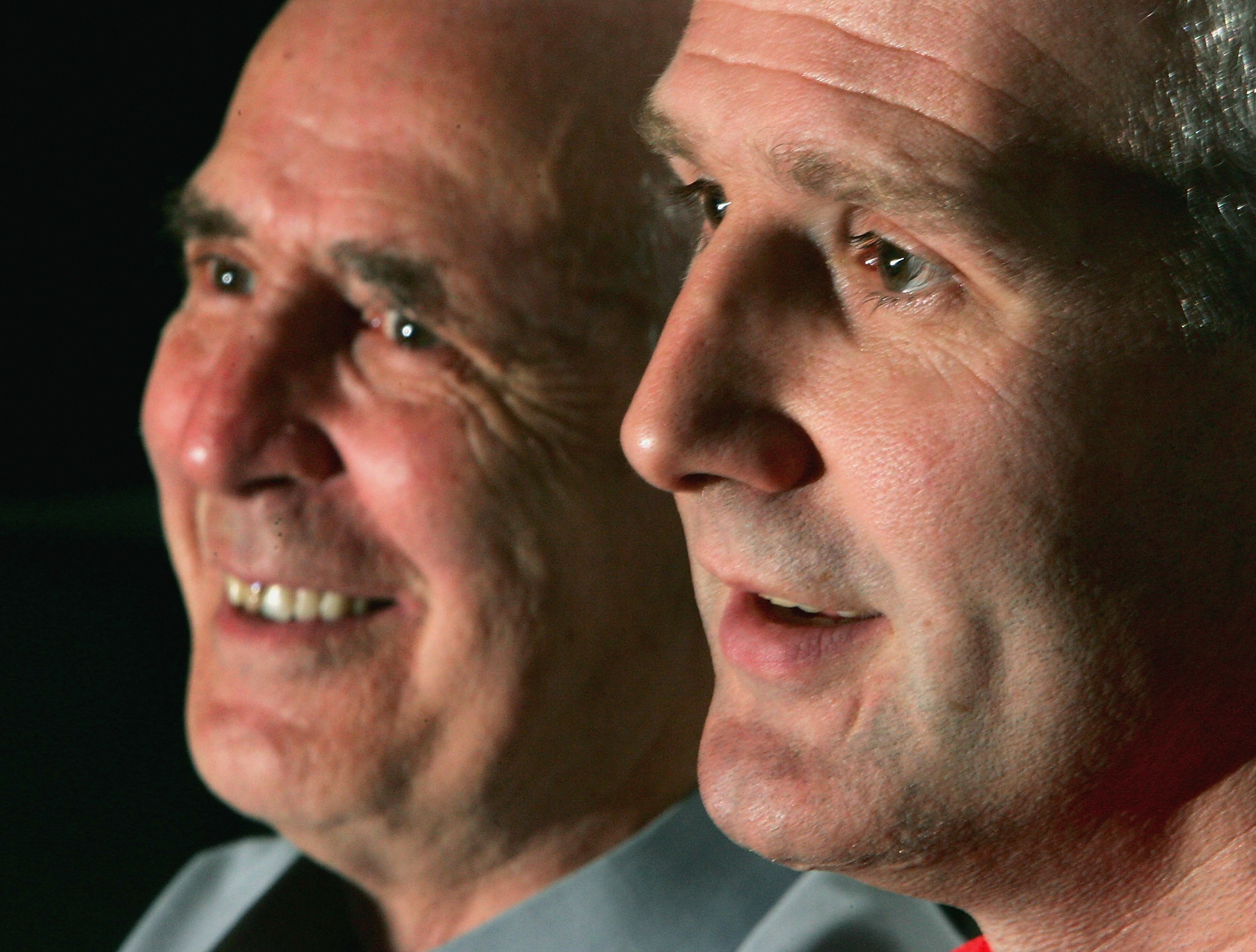 Andrew retired after playing 280 games for Australia, he also played 612 NBL Games over his career and was named the League’s MVP a record seven times.

“Retiring together wasn’t part of the plan, but coincidentally, with our paths and our ages it all just aligned and worked out that way,” Gaze said.

“There was certainly no grand plan for that to happen, but it was nice to share the moment and put an end to my career alongside my dad. It did make it more special.”

Since his retirement, Gaze has become a regular basketball commentator but has also taken on coaching roles himself, assisting in developing athletes from grassroots up.

“I still do a little bit of coaching and I really enjoy that, being able to work with athletes of all ages,” he said.

“You know there's a lot of sexiness about being at the elite level and the accolades or attention that brings, but intrinsically, I get just as much pleasure from working with young athletes and seeing them go across to the United States on scholarships or just seeing the progress they make with their skill development, those things are just as rewarding for me.” 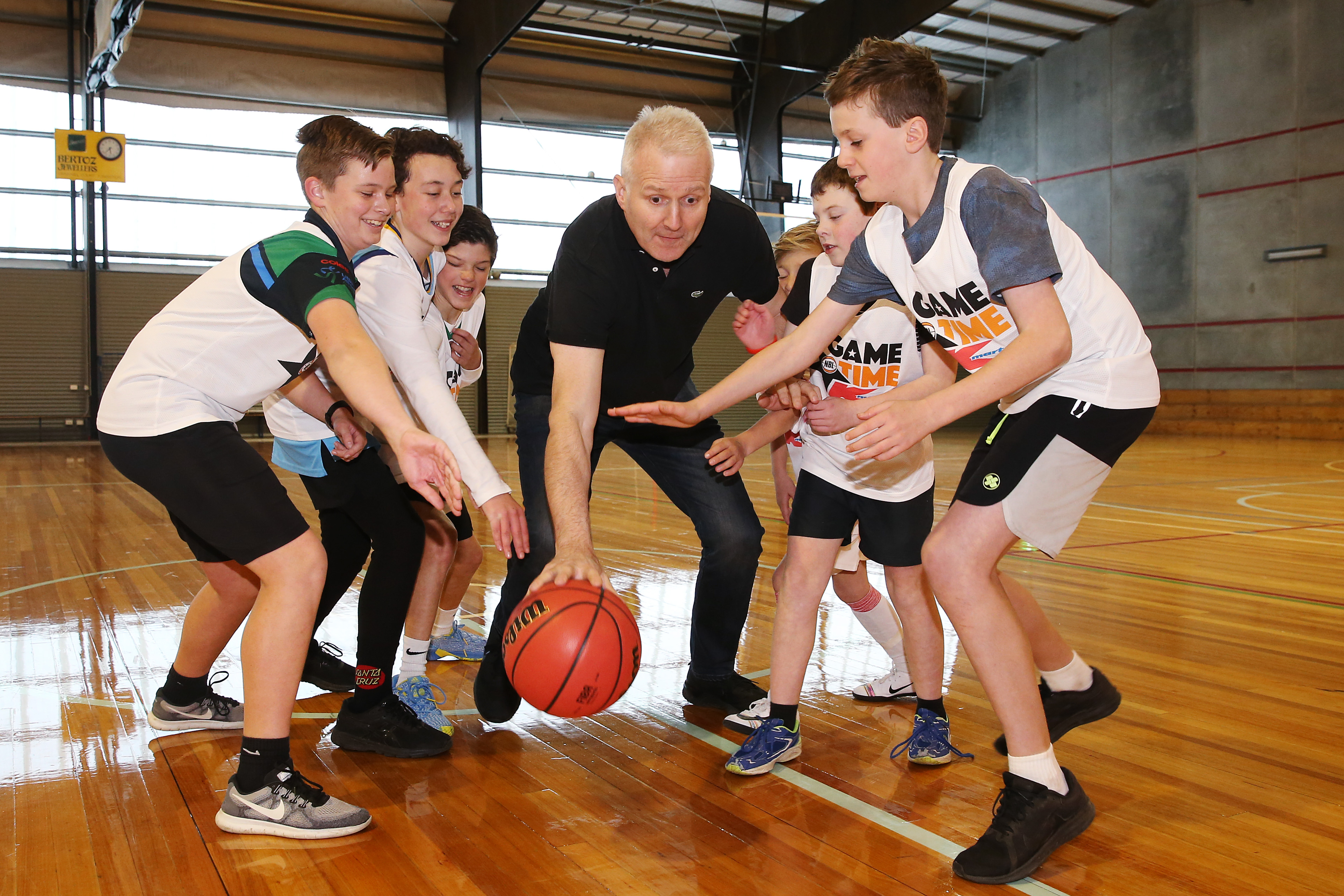 Gaze added that his motivation for staying so active within the sport was due to him feeling forever indebted to the game that gave him so much.

“Basketball gave me everything and there’s not a day that goes by that I don't thank the great James Naismith for inventing the sport, because I'd be pretty much stuffed without it,” he shared.

“It's been my whole life right from the start whether it's my education, my family, every aspect of my life has been touched by the sport.

“It's meant an enormous amount to me and I am incredibly grateful for the opportunities that have been provided to me, so I'm doing my best to repay the debt to the game.

“I want to give back and provide others with that same experience by making sure that we try to expose as many people as we can to the great game because I've personally seen how beneficial it's been to me, and at the very least I want to give others the opportunity to have those types of experiences.”