Born in Sydney 1884, Sydney (Syd) Albert Middleton first came to the notice of the sporting world as a member of the New South Wales interstate rowing eight.

In 1908, although again selected in the state crew, he withdrew to concentrate on playing rugby union.

The season was a break-out one for him, playing so well for the Glebe District club and then New South Wales he forced his way into the 1908–09 Australian squad, the First Wallabies.

Middleton was a member of the team that won the gold medal at the 1908 London Olympic Games. 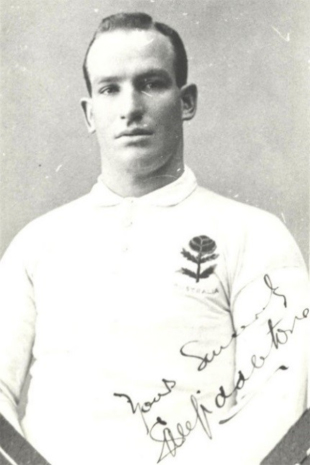 Back in Australia, Middleton continued to play rugby and returned to rowing.

In rugby, he captained Australia in the three-Test series against the touring New Zealand All Blacks. On the water, he was selected in the Australian eight to attend the 1912 Stockholm Olympic Games.

Unfortunately, in the quarter-final, the crew was beaten by a Great Britain combination that went on to win the gold medal.

Middleton commenced officer training soon after the beginning of World War I, in August 1914, embarking for overseas in June 1915.

By war’s end, after serving at Gallipoli and on the Western Front, he had risen to the rank of major, at times temporary lieutenant-colonel, and had been Mentioned in Despatches and awarded the Distinguished Service Order. 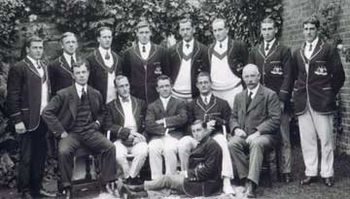 In late August 1918, less than eleven weeks before the signing of the Armistice, one of his good friends from Sydney and Stockholm 1912, the gold medal-winning swimmer Cecil Healy was killed on the Somme.

At times Healy’s commanding officer, Middleton movingly wrote: ‘By Healy’s death the world loses one of its greatest champions, one of its best men. Today in the four years I have been at the Front, I wept for the first time’.

Middleton emerged from war relatively unscathed. Soon he became the Organising Secretary of the Australian Imperial Force’s (AIF’s) Sports Control Board which facilitated sport for the almost 200,000 battle-weary soldiers in Europe and the United Kingdom champing at the bit to return to Australia.

Besides his profound organisation skills, Middleton found time to row in the AIF eight that won the King’s Cup at the 1919 Royal Henley Peace Regatta.

Ultimately, for his war service, he was created Officer of the Military Division of the Most Excellent  Order of the British Empire (OBE).