The Wait Is Over - Athletics ... | Australian Olympic Committee

The Wait Is Over - Athletics Preview – Day 1

The Olympic Athletics competition, arguably the premier sport of the Games, gets underway on Friday at the Tokyo Olympic Stadium. Australia will be represented on the opening day by 12 athletes, seven who are making their Olympic debut. Three Australian record holders in Patrick Tiernan, Catriona Bisset and Brandon Starc will be action and Tiernan will contest the 10,000m final, the first medal event of the meet in the evening session final. Denny and Starc will be looking to secure their spots in the discus and high jump respectively.

Brandon Starc will have the honour of being the first Australian we see in the athletics stadium at Tokyo 2020. He will compete in high jump qualification B, which is scheduled from 10:15am AEST. The automatic qualifying height is 2.30m or the top 12 best performers (q) advancing to the final. Starc has a season best of 2.33m and is the equal Australian record holder at 2.36m. He finished sixth at the 2019 World Athletics Championships and will be looking to progress comfortably to the final on Sunday night. 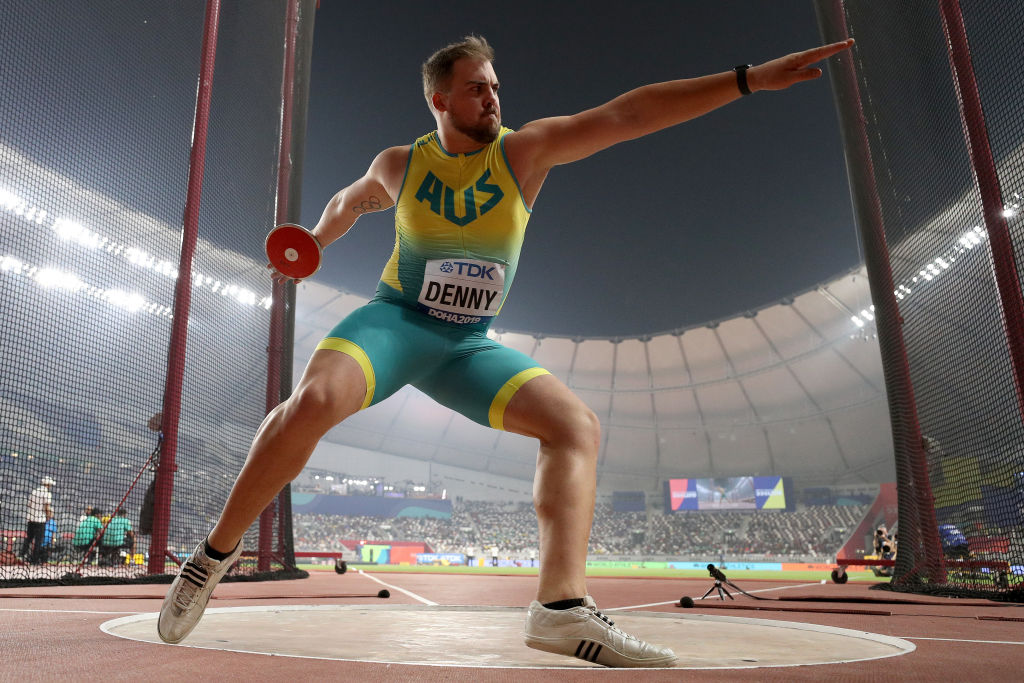 The smiling giant Matt Denny will be the other Australian field athlete in action on Day 1. He'll throw in Discus qualification A from 10:45am. Denny launched himself to Tokyo with a personal best of 66.15m in June, and six weeks later he is ready to qualify for the final at his second Olympic Games. In Rio, he threw 61.16m to finish 19th but this time around, he has high hopes to finish in the top eight. A position no Australian men's discus thrower has ever achieved at the Olympic Games. The automatic qualifying distance is 66.00m or top 12 to advance to the final on Saturday night.

The first Australians on the track will be the trio of steeplechasers making the Olympic debut - Ed Trippas, Ben Buckingham and Matt Clarke. The fastest of the three, Trippas (8:19.60) secured the automatic qualifier with just a few hours to spare before the Olympic qualification deadline. He will race in heat 1 at 10:47am AEST.  Buckingham and Clarke will race in the third and final heat. The first 3 in each heat (Q) and the next 6 fastest (q) advance to the Final. 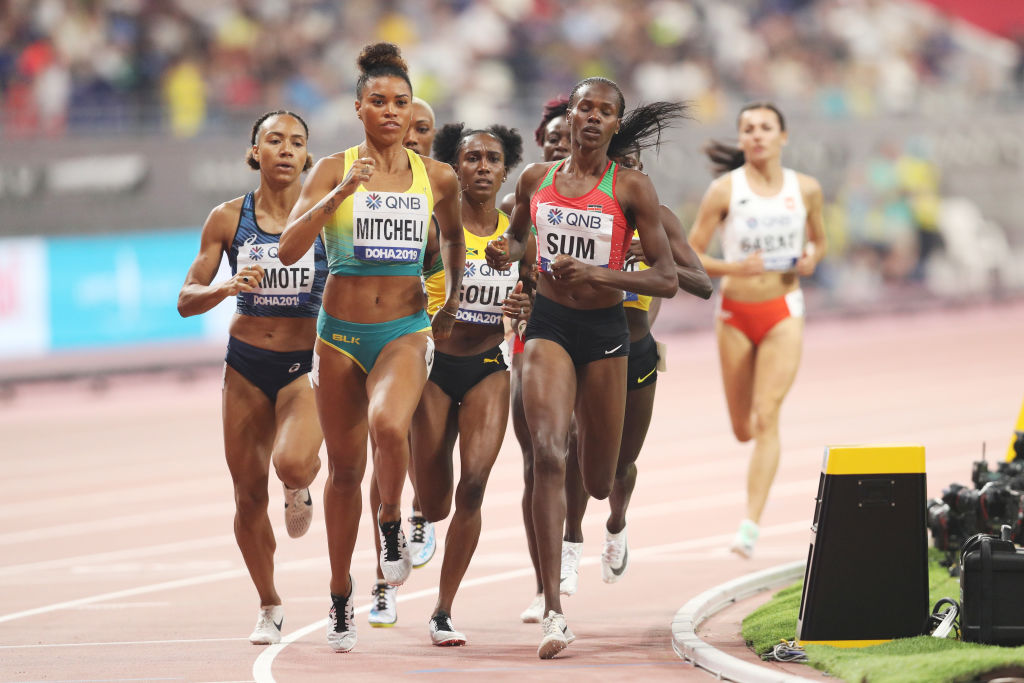 Next up for Australia on the track will be Catriona Bisset and Morgan Mitchell in the 800m heats. Mitchell, who was a semi-finalist in the 400m and finalist in the 4x400m in Rio and an 800m semif-finalist at the 2019 World Championships will line up in heat 1 at 12:25pm AEST. She fought back from injury to run a season best of 2:03.81 last month to confirm her spot at a second Olympics. Bisset's Australian record (1:58.09) is the ninth fastest time in the world this year. She'll run in heat 5 and be looking for another sub 2 minute to progress to the semi-finals. The first three in each heat and the next six fastest will advance.

Hana Basic will fulfil her dream of becoming an Olympian when she races in the heats of the 100m (start lists confirmed after earlier preliminary heats). Over the season, she lowered her fastest time from 11.63 to 11.16 and will be aiming to become the first Australian 100m sprinter since 2000 to make the semi-finals. The seven 100m heats commence at 1:15pm AEST.

Izzi Batt-Doyle, Rose Davies and Jenny Blundell are the three Australian contenders in the Women's 5000m. Batt-Doyle and Davies qualified in the same race upon their European season debut. Davies clocked her fastest time ever of 15:08.48, with Batt-Doyle winning the Nijmegen race in 15:04.10. Blundell will make her second Olympic appearance in the event, after making the 1500m semi-final in 2016.

Tiernan headlines night one of Athletics in the only medal event of the day, the 10,000m. The US-based 26-year-old set the Australian record in December, clocking 27:22.55. He is capable of a finishing in the front half of the 25-man field. He was 22nd at the London 2017 World Championships, he other major meet at this distance. The 10,000m final is at 10:40pm AEST.