They say football is a universal language and Thomas Deng’s journey from South Sudanese refugee to Socceroo proves exactly that.

As Australia celebrates National Refugee Week, the Urawa Red Diamonds defender opened up on how football was invaluable in overcoming the challenges he and his family faced after they first settled in South Australia in 2004.

Born in Nairobi, Kenya, Deng was just six when most of his family fled the Sudanese conflict and were granted refugee status in Australia.

While Thomas, his four older siblings, and their mother familiarised themselves with society down under, Deng’s father remained in Kenya as a doctor with Save the Children.

"Football brought us all together as a refugee community and it's bringing us even closer now" ⚽️ They say football is a universal language & @thomasdeng14’s journey from South Sudanese refugee to Socceroo proves exactly that. #RefugeeWeek2020

The family never reunited as a whole.

Deng’s father tragically passed away in 2007, leaving his mother to serve as both a “father figure” and a “mother figure.”

While he was too young to vividly recall the details of his journey, Deng is well aware of the extreme sacrifices his parents were forced to make in search of a better life.

“We came through a refugee camp before making the transition to Australia,” Deng recounted.

“I remember Mum always telling us that we're coming in for a good purpose. It was always for the kids, for us to study, and lead to more opportunities for the family.

“But it was a big shock jumping off the plane and entering a new place not knowing what to expect and how the people are.”

Deng is familiar with the day-to-day hardships experienced by so many refugees who grow up in an unfamiliar culture. 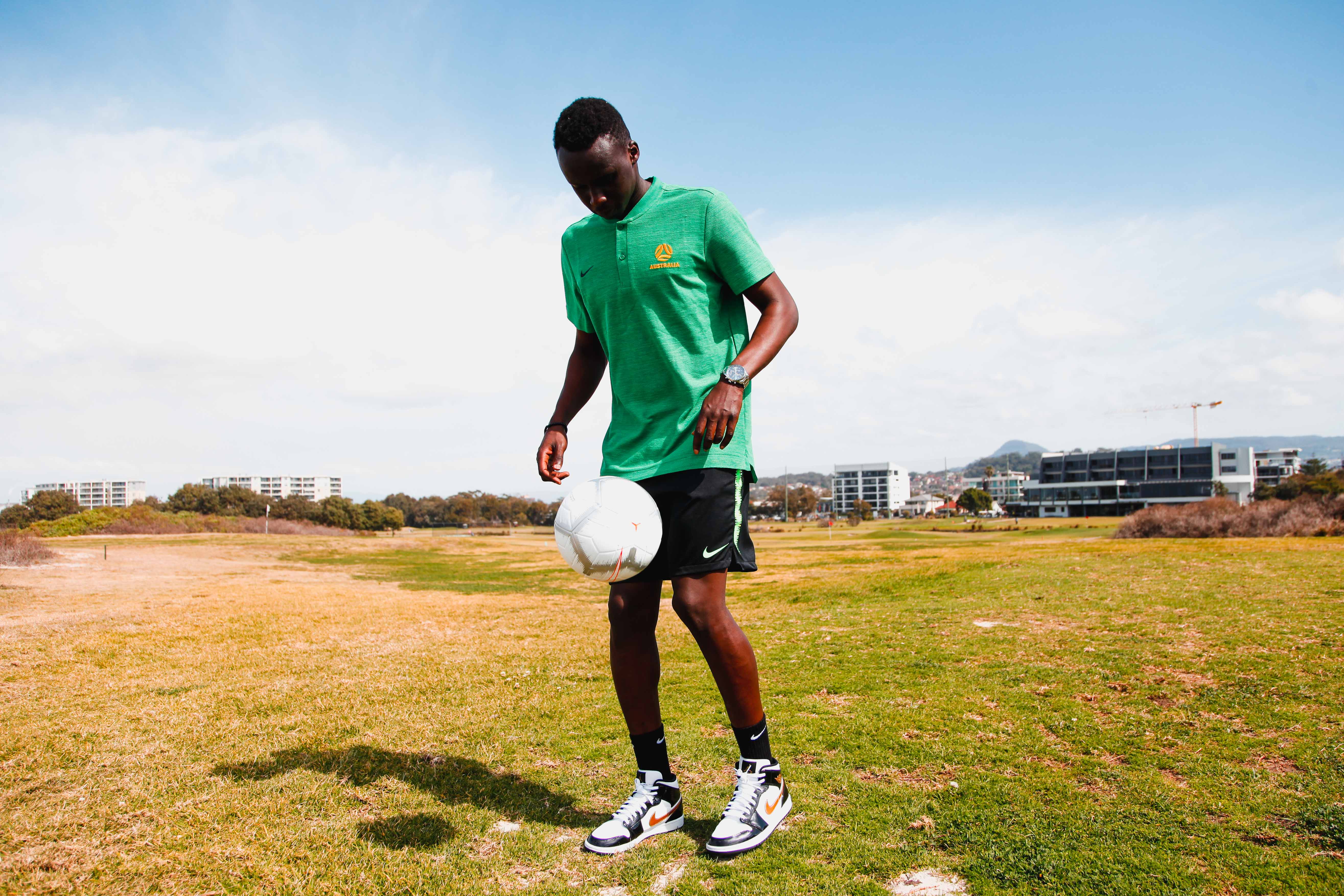 For him there is one inexplicable, yet all too common, encounter that stands out.

“I remember going to your local shopping centre and being followed around in the shops as if you're going to steal something,” Deng recalled.

“I think that's the worst thing that's ever happened to me. It's just, a bad feeling. Because not everyone is bad, so don't judge a book by its cover.”

He proudly recalls how the sport broke down barriers for him and his oldest brother Peter, who has recently represented South Sudan on the international stage.

“Football made it so much easier to make friends whether it was at school or my first soccer club in Adelaide,” Deng reflected.

“I felt like I didn't really need to speak a language to play football.

“It really, really made the transition easier for me.”

Fast forward a decade or so to October 2018, and the former Melbourne Victory defender famously made his Socceroos debut in Kuwait City alongside fellow Sudanese refugee and school-friend Awer Mabil. 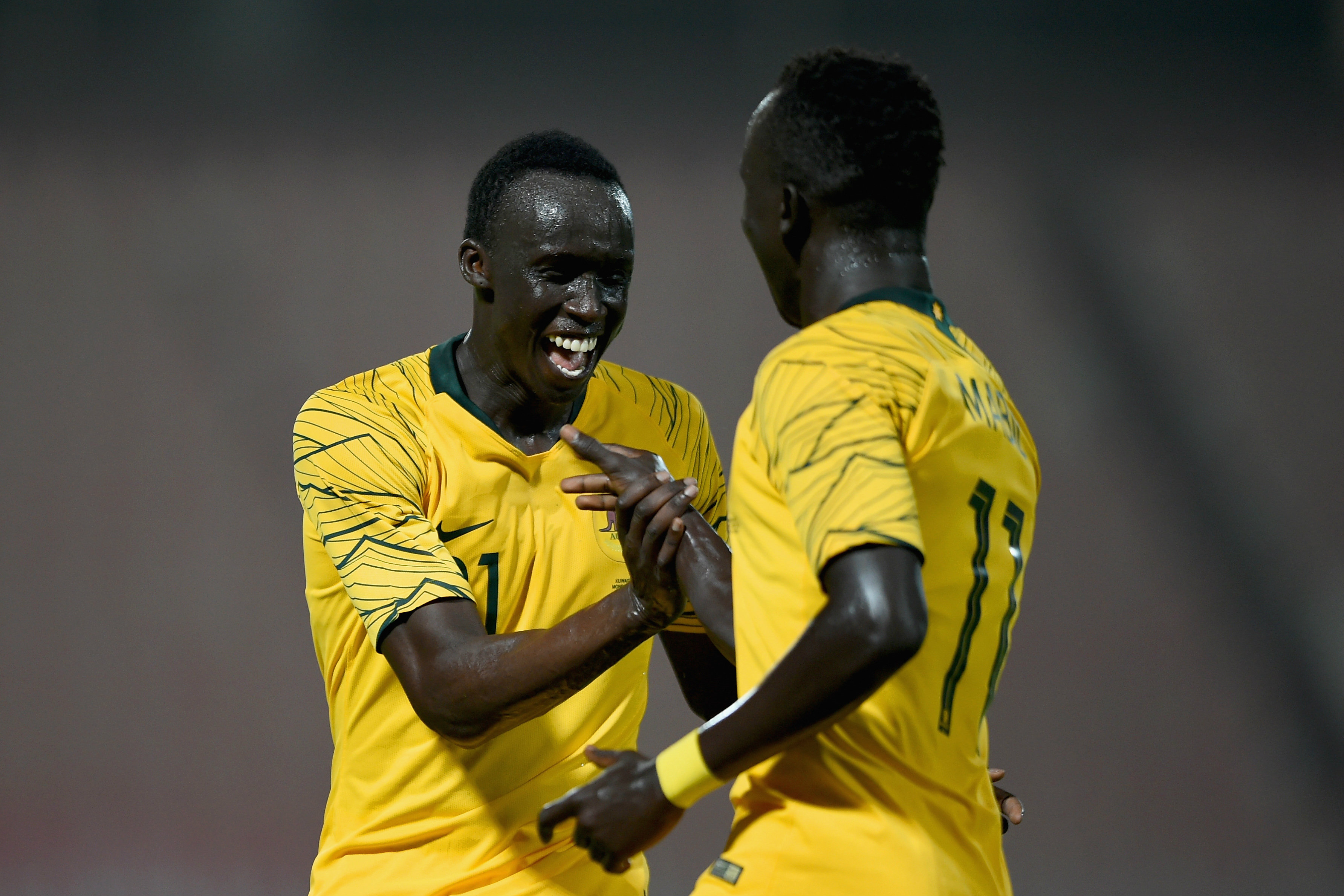 The Australian U-23 skipper labels it by far “the biggest moment” of his football career to date.

“Making our debut on the same night was really special,” Deng said. “It's something that we're going to cherish forever, even after our football careers.

“The first thing that we said (after the game) was, ‘this is not only for us, it's showing other young African kids and migrants, that anything's possible.’”

Deng and Mabil are just a couple of examples within the rich crop of refugee sportspeople who are starring throughout Australian sport today.

Deng hopes that they can work together to collectively empower young refugees who are in the same position he once was.

“Football brought us all together as a refugee community and it's bringing us even closer now, as there's now a lot of role models in every code,” he said.

“I think it's really important for us as role models to come together and really show people a different side to ourselves.

“When they look at people such as Awer Mabil, me and many others, I think it gives them a sense of hope and that there is a good opportunity to become that person one day, and to strive to be better.

“That's our goal and that's what we're trying to do: to give them a sense of encouragement that they can achieve whatever they put their mind to.”

Article and images courtesy of  END_OF_DOCUMENT_TOKEN_TO_BE_REPLACED