Tokyo marks the fourth time marathon swimming is being held at the Olympic level, after debuting in Beijing in 2008.

The event consists of swimmers completing laps of a set course to the total of 10kms in an open water setting. This race is all about endurance.

The events take place in open water environments such as the sea, rivers and lakes, usually staged on a circular course. Athletes can choose to stop and receive water and nutrients at regular intervals from their ‘feeders' as their endurance is tested to the maximum for up to two hours.

Unlike pool swimming there are no records in marathon swimming. As races are often determined by weather, the open water conditions, and course layouts, so planning a strategy is key.

This diversity of swimming attributes means each individual athlete should set their strategy prior, implementing it regardless of what happens around them. Those who can remain adaptable whilst sticking to their original plan often are the most successful.

The 10km race is extremely tactical with each individual competitors having a range of different strengths and weaknesses. Some may have a super-fast finish, while others have a fast threshold pace allowing them to (potentially) get ahead of the fast finishers early in the race.

Unlike pool distance events where lane ropes prevent drafting off the swimmer next to you, open water events are swum in large packs where drafting and positioning throughout the race can influence the closeness of the race dramatically. International open water races are so close they typically result in photo finishes. Swimmers can also be disqualified (red carded) for rough behaviour, most common in the final 25m.

Think water polo meets 100m freestyle with the first hand on the finishing board winning.

A shining light in Australian open water events, Noosa's Kareena Lee is forging an impressive international career. With a blistering 2019 season, Lee took home the national title at the Australian Open Water Championships before the long-distance swimmer won the Midmar Mile – once known as the world's largest open water event – in South Africa.

A silver Pan Pacs medallist, Lee was the first Australian Dolphin to earn selection for the Tokyo 2020 Olympics after placing seventh in the Women's 10km event at the 2019 World Championships in Gwangju, South Korea.

Joining an elite few Lee is set to become Australia's third women to compete in marathon swimming at the Games. Up against some tough competition with previous Olympic medallist Sharon Van Rouwendaal (Netherlands) and 2019 World Champion Xin Xin (China) in the mix, the Aussie has a fight on her hands.

Only qualifying a few months prior it's Kai Edwards competing in the men's 10km event. The final Aussie selected for the Australian swimming contingent Edwards trains in Queensland under Chris Nesbit. Making his international debut at the 2019 World Championships, the TSS Aquatics athlete competed in the men's 10km and men's marathon event, the 25km. Edwards battled near monsoon like conditions in the 25km race to place 5th overall in 4:51:17.20. 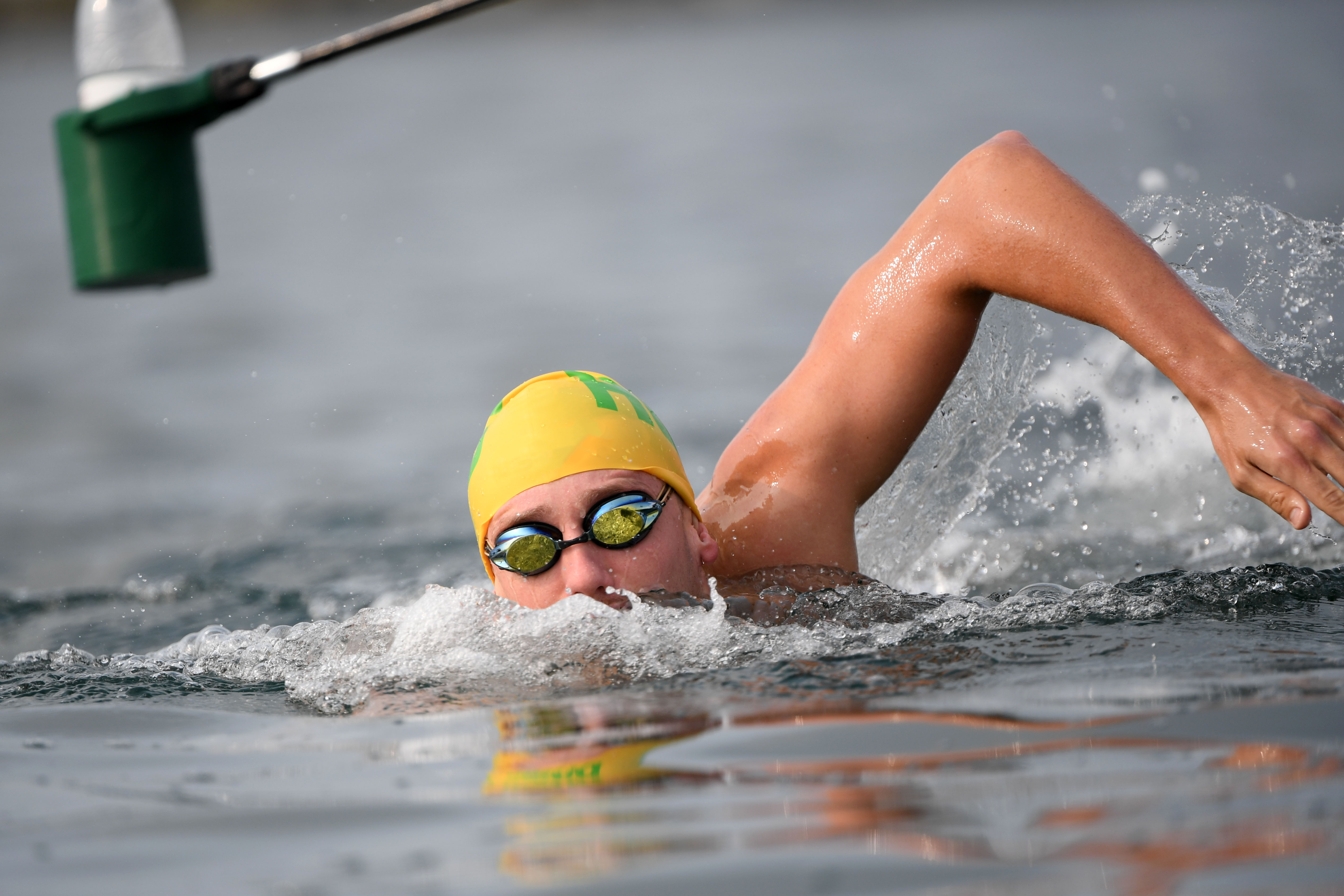 Competing at his debut Olympic Games, after securing the final ticket to Tokyo with a fifth-placed result in the men's 10km Olympic marathon swim qualifying event in Portugal, the 22-year-old is ready for the challenging conditions the international race will bring.

The 2021 Australian Open Water champion will put it all on the line, pushing through gruelling pain and warm water conditions as he battles Rio Olympic champion Ferry Weertman (Netherlands) and current world champion Florian Wellbrock (Germany) who hopes to become the first marathon swimmer to win an Olympic medal as world champion.