Tokyo Olympics? Scanlan will be apples

Picking and packing apples alongside her dad is not where you would expect to find a three-time Commonwealth Games gold medallist preparing for her second Olympic Games, but for trap shooter, END_OF_DOCUMENT_TOKEN_TO_BE_REPLACED , it’s all part of her plan to rise to the medal podium at the Tokyo Olympics.

With the Olympics postponed by 12 months, the closest Scanlan will get to Japan at present is via a fuji apple, named after Japan's sacred mountain, Mount Fuji.

Apple picking became a necessity after her part-time job at a dry cleaning business in Seddon was suspended because of COVID-19. Afterall, there is a mortgage to pay after she and her partner Sam Waters bought a three-bedroom home in Emerald earlier this month.

But part-time work, either picking apples or operating the dry cleaning front desk, has become part of her life to ensure that trapshooting doesn’t become all-consuming.

The Berwick resident has also been assisting Olympians Russell and Lauryn Mark with their corporate shooting business but reduced her hours after recognising there was no escape from the sport having to be at the shooting range when she wasn’t training or competing.

“I realised, at the start of last year, that I needed more balance in my life so it wasn’t so shooting orientated. And I think the perfect thing to do was to have a part-time job that has no relationship with the sport so you can switch off for a bit. I think it keeps you more mentally fresh rather than thinking about shooting 24/7,” she explained.

Sometimes you have to bite the bullet and do what is best for the greater good. Stay at home people and be safe! X

“It’s one of those sports where it gives you the most amazing opportunities to travel and see the world and compete at an elite level. But I think I realised after Rio, that I needed a little more balance,” she added.

Even now with social restrictions being eased and ranges opening for use, Scanlan is taking a slow run-up to the Tokyo Games next year to ensure she peaks at the right time and not burn out prior to the competition.

With 13 years of international experience, both as a senior and junior trap athlete, Scanlan knows what it will take to reach her pinnacle goal of an Olympic gold medal.

But shooting is a fickle precision sport where the same six finalists could shoot three events on the same day and produce a string of different winners.

“Sometimes, it’s just one target,” she says knowingly after personally experiencing the impact of one shot.

Scanlan qualified for the final after a shoot-off against India’s Shreyasi Singh before winning the semi-final round and then the gold medal match.

“I went in there thinking I’ve got nothing to lose. I’m going to give it my all and, being the underdog, I managed to win the final,” she said. 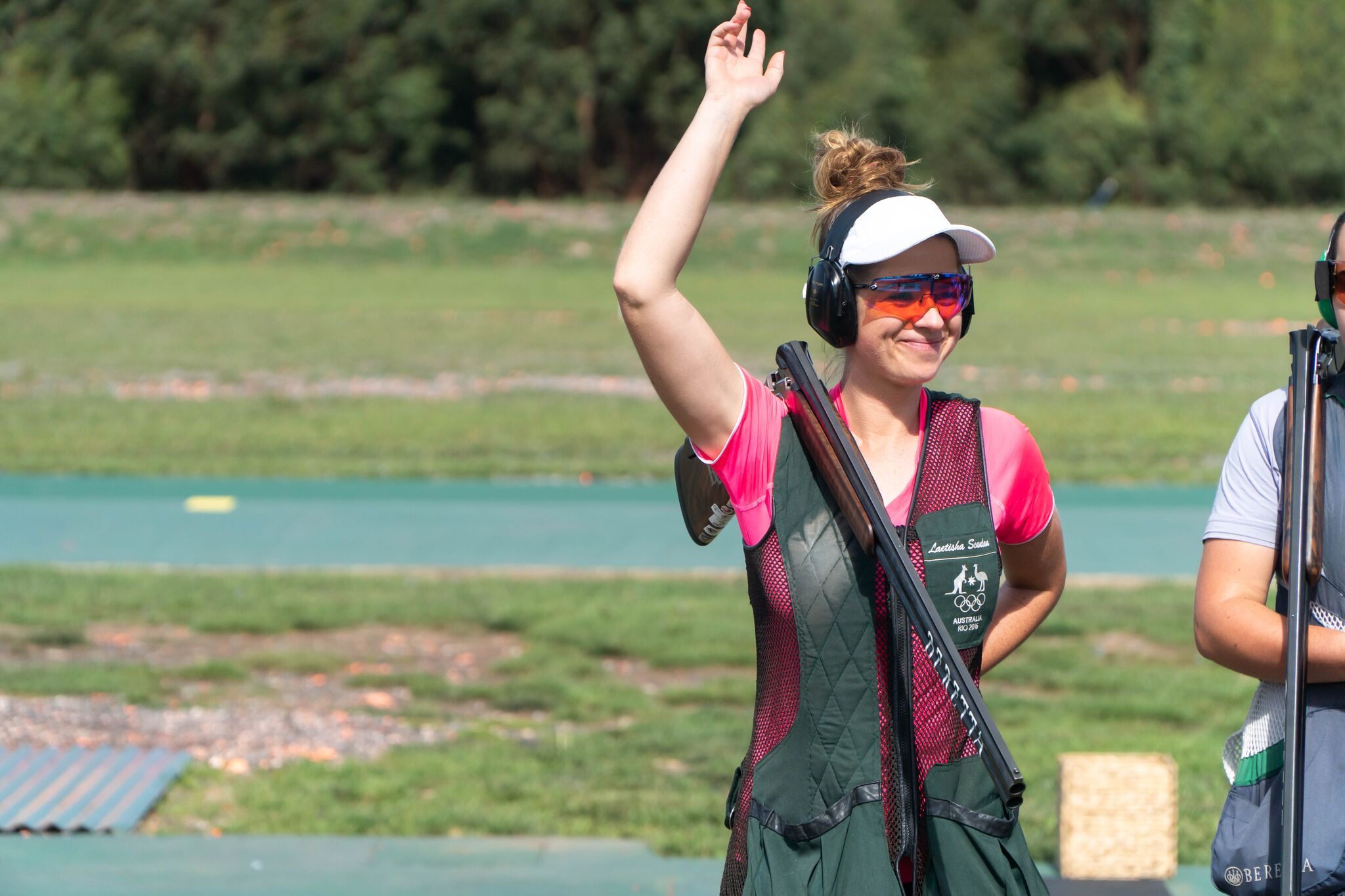 Then, four years later at the Gold Coast Commonwealth Games, Scanlan had to survive another qualifying round shoot-off against New Zealand’s Natalie Rooney to reach the final.

In the final, which doubled as her 28th birthday, Scanlan opened a healthy three target lead but it evaporated in the second half of the 50-shot final as Northern Ireland’s Kirsty Barr levelled the scores with Scanlan needing to hit her last target to win.

When the target exploded in a cloud of pink, Scanlan celebrated with a triple fist-pump while “Team Teasch” roared and celebrated wildly in the grandstand.

“The pressure was indescribable. To have all my friends and family there and to be shooting off against a good friend in Nat Rooney, the New Zealander, I just felt sick,” she recalled.

“I was so glad I won, not so much for me as an individual, but probably more for my family and friends because I felt like I had the weight of the world on me and I’m glad when it counted that I could perform and give that to them,” she said.

While Scanlan has been a top-line international trap athlete for over 10 years, the course of her life could have taken a very different direction after competing at her first international championship as a junior in 2007 while in Year 12 at Haileybury College in Keysborough.

“I came dead last. It was probably the best thing that could have ever happened to me. It made me work harder and I guess lit a fire to do better. If I’d given up and said it was too hard, then I wouldn’t be where I am today,” she said.

She stuck at it and captured her first senior World Cup title in 2013 in Al Ain.

“I proved to myself that I was capable and worthy of being on the team. That started a really exciting journey for me because I had my own self-belief,” she said.

Her journey took her to the 2016 Rio Olympic Games where she was the top qualifier but finished fifth behind her gold-medal-winning Australian team-mate, END_OF_DOCUMENT_TOKEN_TO_BE_REPLACED .

“I just didn’t perform high enough to get myself into the medal opportunities,” she said. 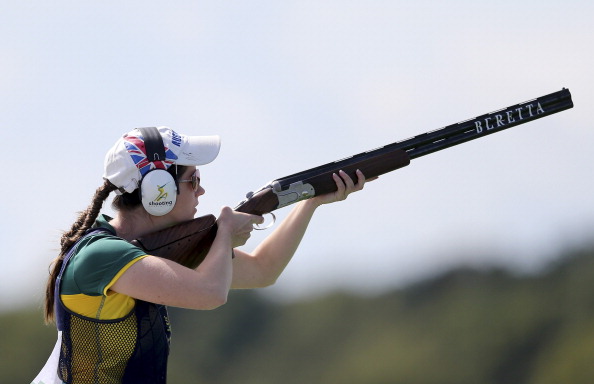 “I’m so grateful that the selectors have chosen me and given me the opportunity to go to Tokyo, and I really hope that I can perform at my best because I know my best is medal-worthy,” she added.

“Penny shot an amazing selection series and all credit goes to her. She definitely deserved the first spot. She made that a very, very easy decision. But the second spot was always going to be difficult and always going to be at the discretion of a panel.”

“I’ve always been jealous of the swimmers that have so many opportunities to compete at the Olympics. And it was so hard going into Rio knowing you had one opportunity and that was it for the next four years,” she said.

“It’s (the mixed pairs) is such a great opportunity for us as Australians to win medals. Penny and Gricey and myself and James, we’re world-class. We’ve both won world championships, so I think we are all going to go in quite favourable with the other teams.” 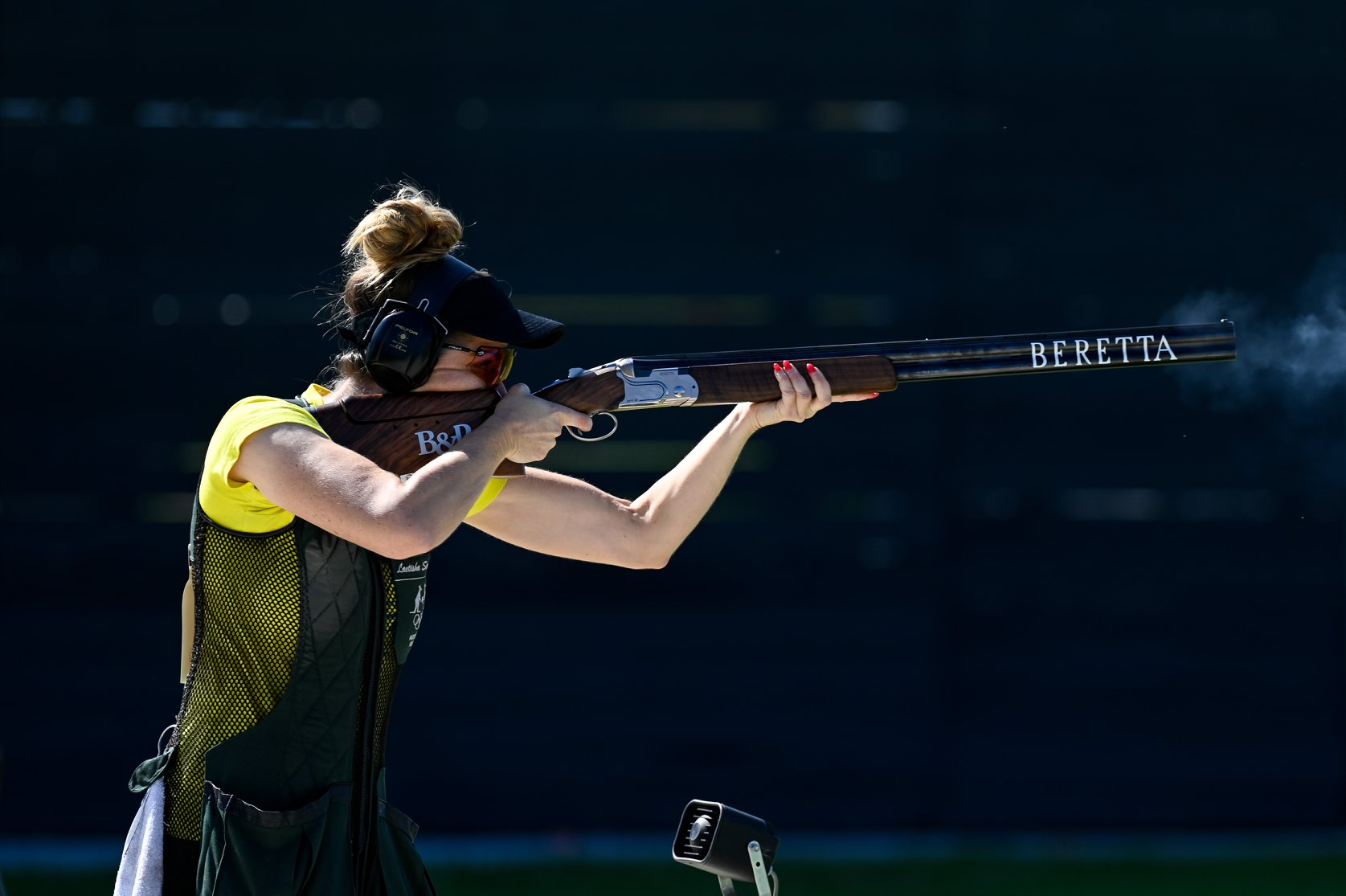 Scanlan says the postponement of the Olympics will help her and Willett develop a strong pairs partnership.

“As we have shot more together internationally, we kind of know how each other rolls now. We’re very yin and yang. James and I are very different shooters and different personalities but somehow, we gel perfectly together."

And then there is the silent understanding when at the height of competition.

“There’s not a lot of chat (on the range). There is just the look,” she said with a laugh.

Scanlan believes her Rio Games experience will be hugely beneficial for Tokyo.

“I was a baby. I was so fresh, and I went in there quite naïve and it’s taken me three to four years after Rio to realise that I have developed a lot as a shooter and I’ve grown up,” she admitted.

“That’s why I’m looking forward to Tokyo so much now because I know what Rio was, I know how I performed, I know why I did this, and I know why I did that. Now coming into Tokyo, I have so much knowledge and so much experience and I think it can only benefit me positively,” she said.

And hopefully she will be picking off targets as they soar across the Tokyo Olympic range just as easy as plucking apples off a tree.