ROWING: Women's Quadruple Scull progress to A-Final after victory in the repechage, while Women's Double Scull set to battle it out in B-Final for world rankings 7 to 12.

Just two Australian crews were in action today on Sea Forest Waterway, the Women's Quadruple Scull and the Women's Double Scull. Conditions were predicted to be hot again in Tokyo, with temperature peaking at 32 degrees and 84% humidity.

The Women's Quadruple Scull started proceedings with a superb race, winning their repechage to progress to the final. While Australia's young guns, the Women's Double Scull, finished fifth in their semi-final, missing out on the A-Final and chance of a medal.

First up for Australia was the Women's Quadruple Scull of Ria Thompson, Rowena Meredith, Harriet Hudson and Caitlin Cronin. Drawn in Lane 2, the crew took on USA, Italy, Great Britain, New Zealand and France in a tough race that required a top two finish to progress to the A-Final.

The Australians fired out of the start, taking the early lead alongside Great Britain at the 500 metre mark. As the crews battled through to the half way point, it was Australia that continued to hold the lead with the British tussling it out with Italy for second and third place.

As the crews hit the home stretch, Italy had edged into the lead, and Cronin upped the crew's rating to give the group a surge over the Italians in the final 500 metres, with the Olympic debutants crossing the line in a time of 6:35.67, a full second ahead of Italy who claimed second.

The crew will now progress to the A-Final, taking on Germany, Netherland, China, Poland and Italy next week.

Cronin, in the stroke seat said, "To know we're going to be in the mix in the final, with the absolute best in the world is amazing. A lot of the crews haven't raced each other in two years, but we raced at the Final Qualification Regatta so we got to race a couple of the quads, but as a whole we've not raced so it's pretty cool to be able to come out and show the world what we've been doing for the last two years."

Meanwhile, bow seat, Thompson added, "We just wanted to get out at the front of the pack, stay bow ball to bow ball, and because we were out in front, we felt more in control. I could see what was going on, and call out what was happening, and we just adapted our race plan to stay in front, and we executed the best way we could today.

"It's been so awesome to be here and race, to finally be competing. Additionally, to be around the Australian team as a whole right now is awesome, we're all getting around each other, and embracing that ‘Have a Go' spirit."

The young Women's Double Scull of Amanda Bateman and Tara Rigney needed a top three finish in their semi-final in a bid to make their debut final at an Olympic Games. The duo were drawn in Lane 5, taking on France, Canada, Netherlands, USA and Germany. 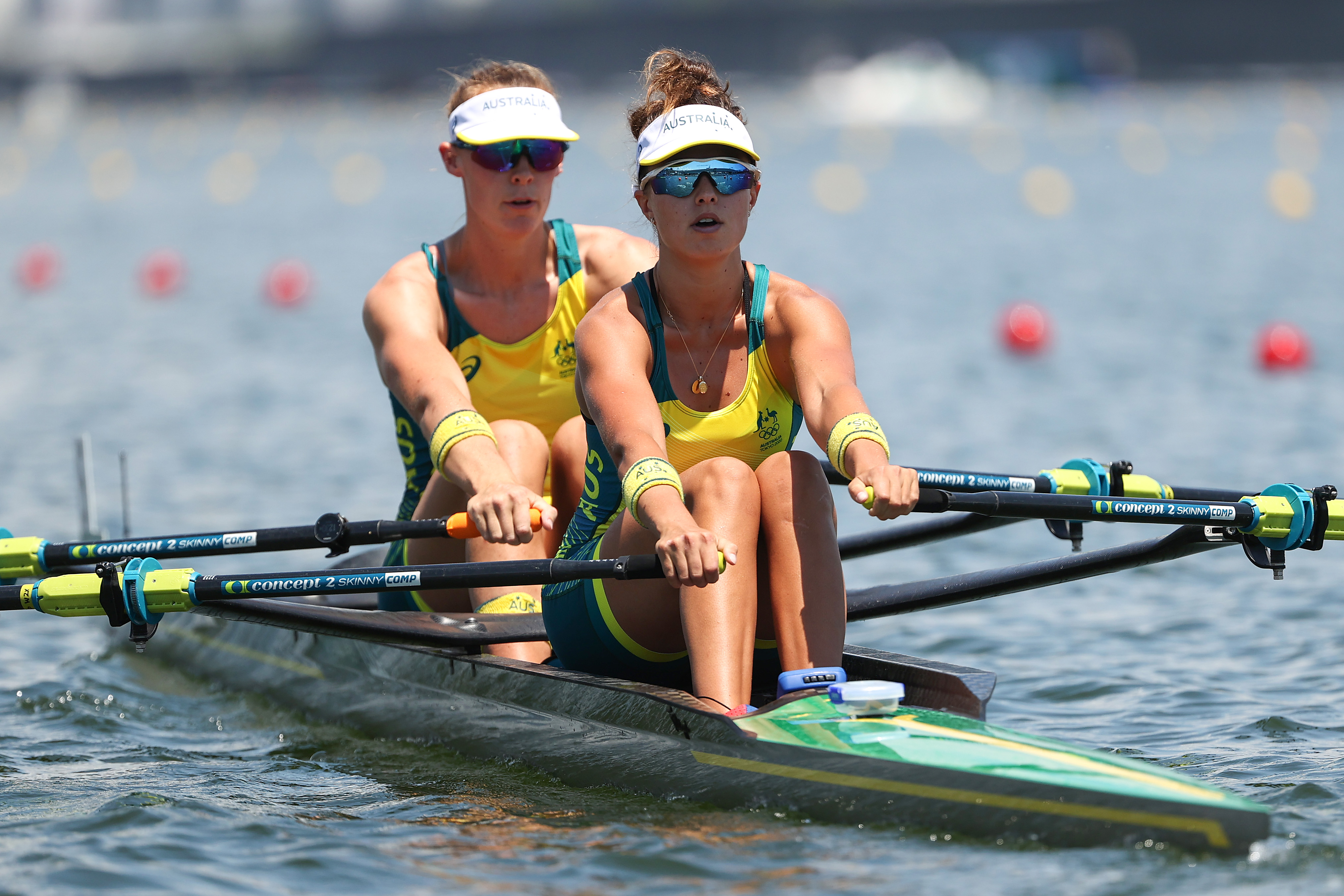 The young combination came out strong and were in the mix for the first half of the race, jostling with Canada, USA, Netherlands and France for a spot in the final. At the halfway point, Bateman and Rigney were in contention for a spot alongside France and the USA, but it was the USA who upped their rating to nip into third.

As the crews hit the final 500 metres, and their teammates cheered them on, it was Netherlands, Canada and USA in the lead with France and Australia chasing down the leaders of the pack, but the crews ran out of water with Australia crossing the line in fifth place. This young duo will no doubt be ones to watch in the future for Australia.