Born in Kalgoorlie, WA, and attending St Joseph's Primary School Alexandra Manly loved sport from the time she could walk.

She enrolled in her local athletics club when she was four years-old, but it wasn't until she was a teenager that she began participating in cycling after being spotted by talent scouts from the SA Institute of Sport’s talent identification program.

Prior to her being introduced to the sport at 14, she had no idea it even existed, but before long it became a way of building her confidence both on and off the track.

"I was a shy kid and cycling broke that barrier for me. I love the social side, the team aspect and being with friends. I love working together and getting stronger as a team," she said. 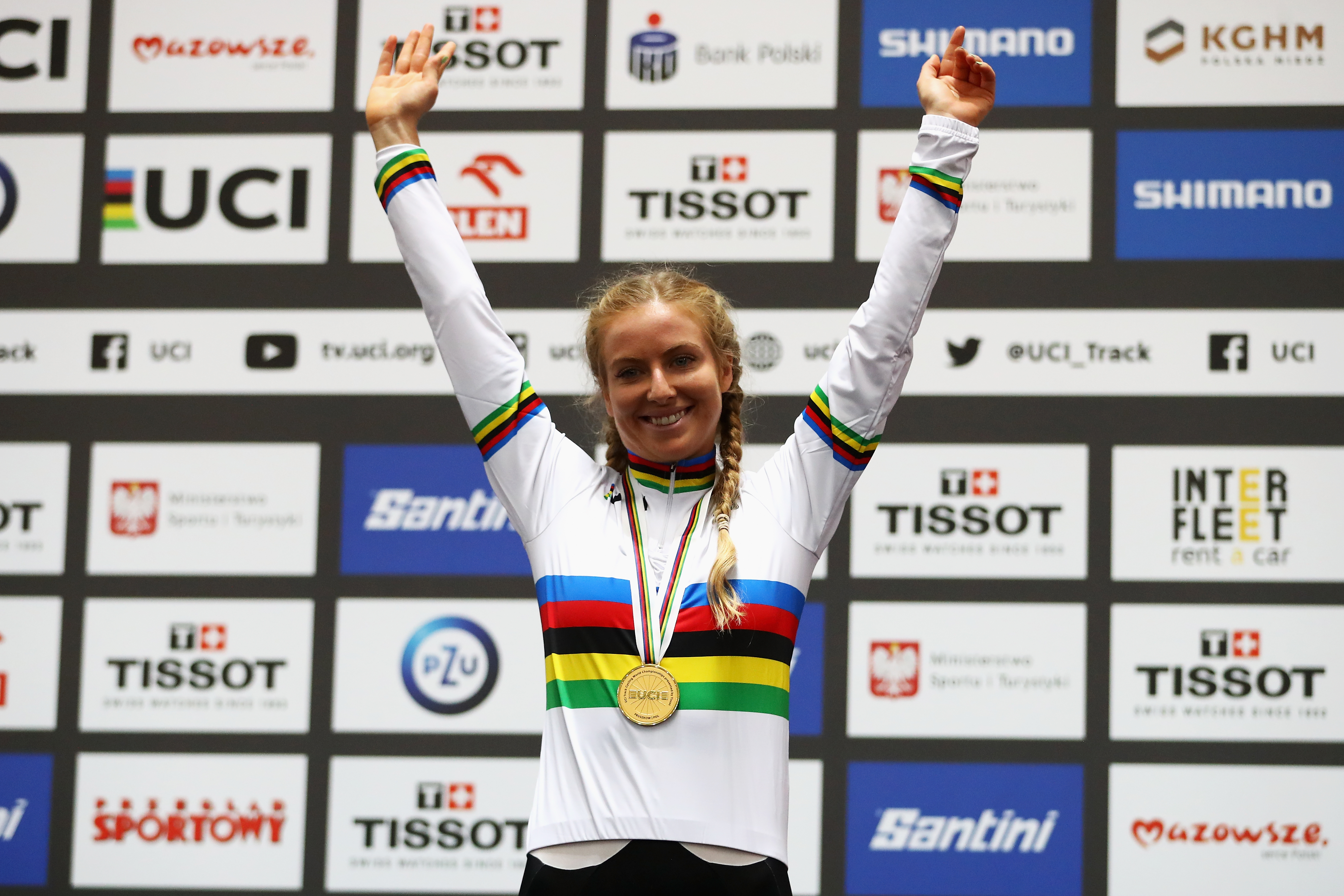 She progressed quickly and claimed a number of junior Oceania and national crowns across 2012-2014 and added an exclamation mark to her exit from the junior ranks with two UCI Under-19 world titles (Team pursuit, Individual pursuit) in 2014.

In 2015, Alexandra claimed world cup gold in the Team Pursuit, while on the road she won both the Time Trial and Road race for the Under-23 division at the 2018 Australian Cycling Championships.

Alexandra was then able to add Commonwealth Games gold to her trophy cabinet when she teamed with Ashlee Ankudinoff, Amy Cure and Annette Edmondson to win the team pursuit at the 2018 games on the Gold Coast.

At the 2019 UCI Track World Championships in Poland, Alexandra shone with dual world titles – the Team pursuit, and the Points Race.

Alex finished 11th at the 2021 Australian Women’s Road Championships and has competed extensively in Europe with her pro team, Mitchelton-Scott.

END_OF_DOCUMENT_TOKEN_TO_BE_REPLACED

Who has been your most influential coach?
Who did you look up to growing up, outside of sport?
Who is your sporting hero?
What do you enjoy most about your sport?
What is a fun fact about you?
Do you have any superstitions?
What advice would you give to your younger self?
MORE ON ALEXANDRA MANLY