Henry Hutchison burst onto the scene in late 2015 having got a call-up for the Australian side for the Rio 2016 Oceania qualifiers. He was one of the side's best as the Aussies booked their tickets to Rio. Hutchison went on to score 27 tries in his debut World Series season, was named rookie of the year and secured a spot in the final twelve for Rio 2016.

The Australian team got off to a slow start in Rio after opening the tournament with a 31-14 point loss to France. The side bounced back with a 26-12 victory over Spain before they kept their medal hopes alive with a 12-5 win over South Africa in their final group match. They again faced the South African side in the quarter-finals and it was the BlitzBokke who reversed the result to claim a 22-5 win over the Aussies and move through to the final four. Losses to Argentina and France, in which Hutchison scored his only try of the tournament against, followed for Australia who finished the tournament in eighth. 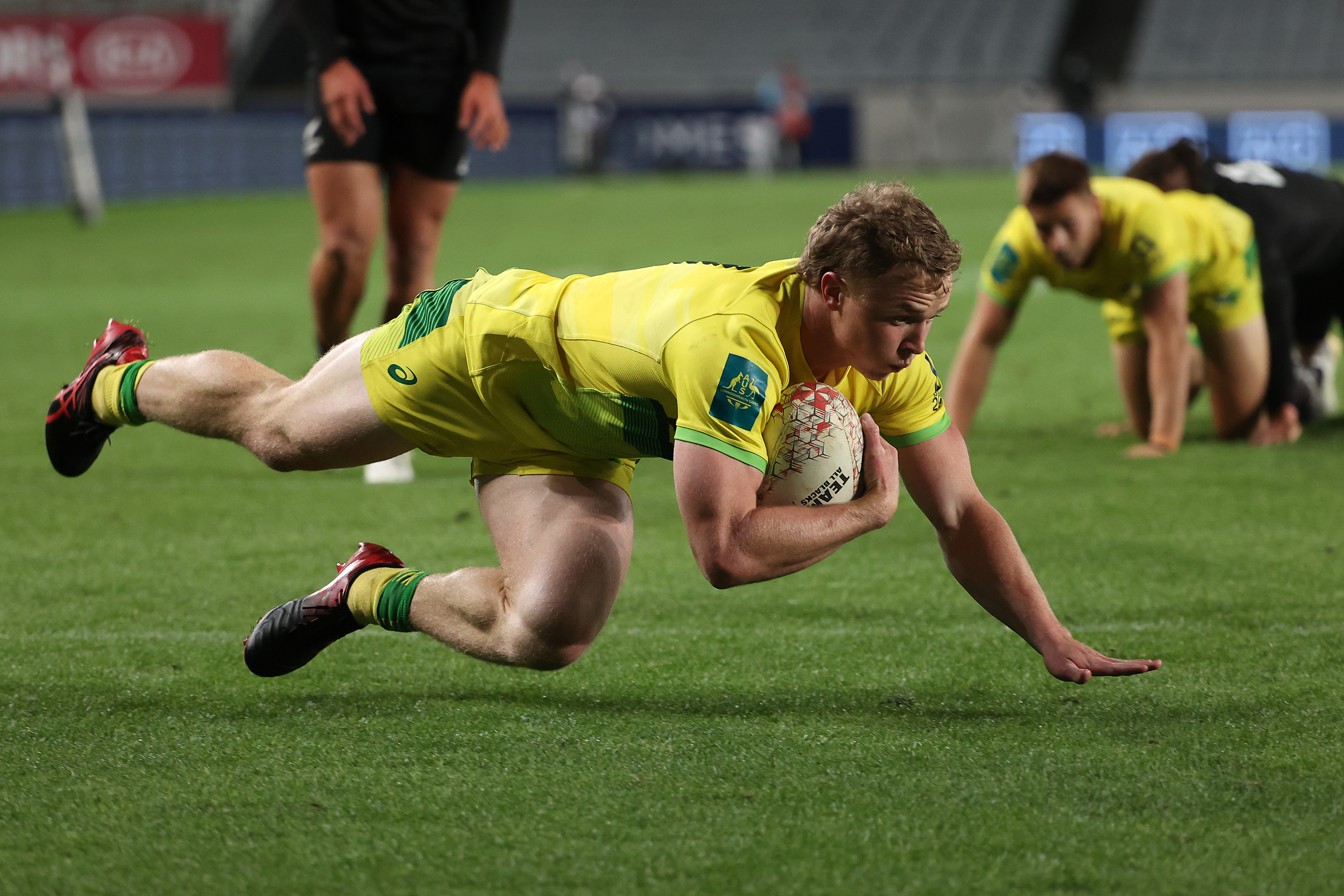 Following Rio, Henry returned to the 15-man game taking up a one-year deal with Super Rugby club, the Melbourne Rebels. After a year, he returned to the sevens program in 2018 and was named to the Australian side for the 2018 Rugby World Cup Sevens in San Francisco

In 2021, Henry was named vice-captain for the Aussie side that played New Zealand over a six-match competition in May.The 24-year-old went on to compete with the Aussies in Townsville for the Oceania Sevens in June.

Henry will make his second Olympic appearance in Tokyo with the Australia rugby sevens.

Want to have a go at Rugby, or find the nearest club to you?

END_OF_DOCUMENT_TOKEN_TO_BE_REPLACED

What inspired you to pursue your sport?
What is the biggest challenge you have faced?
What do you like best about competing?
MORE ON HENRY HUTCHISON