"When someone says you can't do it, do it twice and take a picture," - that is the motto of Sunshine Coast open water swimmer, Kareena Lee, but her journey towards an Olympic debut has been one of resilience.

Four years ago, Lee, a Rio 2016 hopeful, was pulled from the 2015 World Aquatic Championships after collapsing and being hospitalised following the Women's 10km Open Water Race.

The then 22-year-old was treated for a combination of asthma, dehydration, hypothermia and a facial injury.

A top ten finish in the final 25km event would have guaranteed Lee Olympic qualification, but she was pulled from the race on medical grounds and heartbreakingly missed out on her chance at Rio 2016.

Although devastated, Lee's determination and grit served her well and while it's not uncommon to hear of the many accolades Australia has collected over shorter distance swimming, it has been ten years since an Australian woman has led the competition in open water swimming. That is, until recently.

In 2018, Lee competed in both the pool and open water at the 2018 edition of the Pan Pacifics at Hojo Beach Tateyama, Japan.

Lee finished fourth in the women's 1500m freestyle ahead of claiming silver in the 10km open water event, a significant achievement as it was her first major international open water medal, apart from her world cup bronze.

In 2019, the primary school qualified teacher really started to make her mark. She won the Midmar Mile, once known as the world's largest open water event, she also claimed silver at the Women's 10km Open events at the Australian Open Water Championships and the Pan Pacifics.

But it was her seventh placing at Women's 10km event at the 2019 World Championships in July at Yeosu EXPO Ocean Park in South Korea that earned her the Australian Dolphin Swim Team's first Tokyo 2020 qualification spot and had her exclaiming, "FINALLY!"

"It's an amazing feeling to be nominated, it's been a long time coming with lots of ups and downs in my career and ... Finally!"

It was a tight tussle for the world crown with just 3.3 seconds separating the winner and seventh-placed Lee, in the race which took nearly two hours.

It had been a dramatic week for Lee, as the day before her race, it was announced her legendary Australian swim coach John "JR" Rodgers, who has guided the likes of Olympians such as Michelle Ford, Max Metzker, Ron McKeon, Graeme Brewer, Bronte Barrett and Kylie Palmer was on track for a full recovery after undergoing major open-heart surgery on a 10cm tear in his aorta.

The 81-year-old had been unable to travel to the world championships after becoming ill while swimming in a pool. Lee dealt with the emotional toll of worrying for and being without her trusted advisor by her side, but in the end, she was able to achieve their goal.

After the race, an emotional Lee spoke to Rodgers by telephone.

"I just wanted to do it for him," she said about her achievement.

"Ringing him today after the race and hearing how proud he was, just makes it special."

One month after her world championships success, Lee competed in the ‘Ready Steady Tokyo' event, a test event for the 2020 Olympic venue, Japan's Odaiba Marine Park.

With the water temperature averaging 30 degrees, the Marathon Swim race distance was reduced to 5km, rather than the planned 10km. Competing against a dozen other nations, Lee won the event and certainly gained valuable experience at the venue where she will make her Olympic debut. 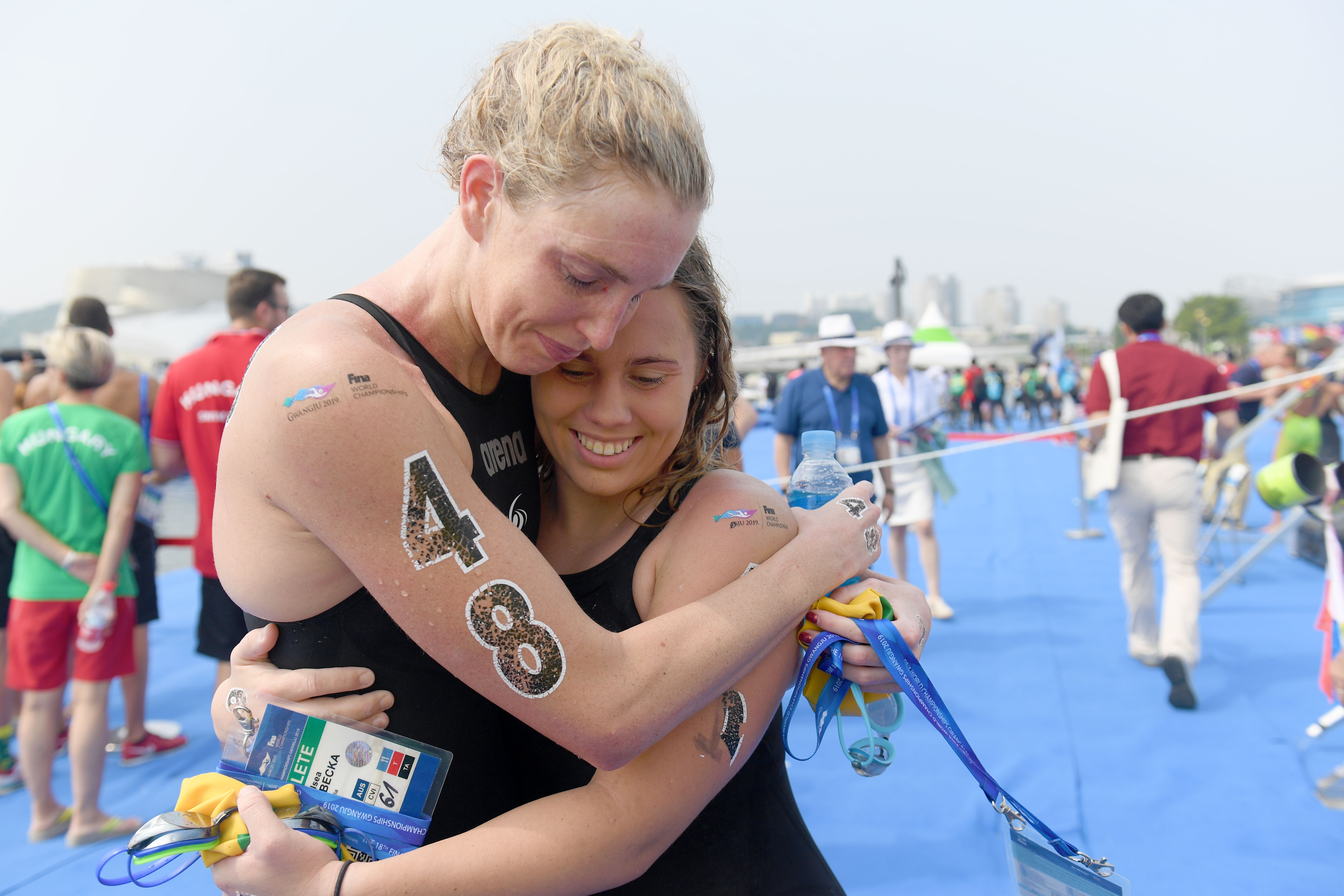 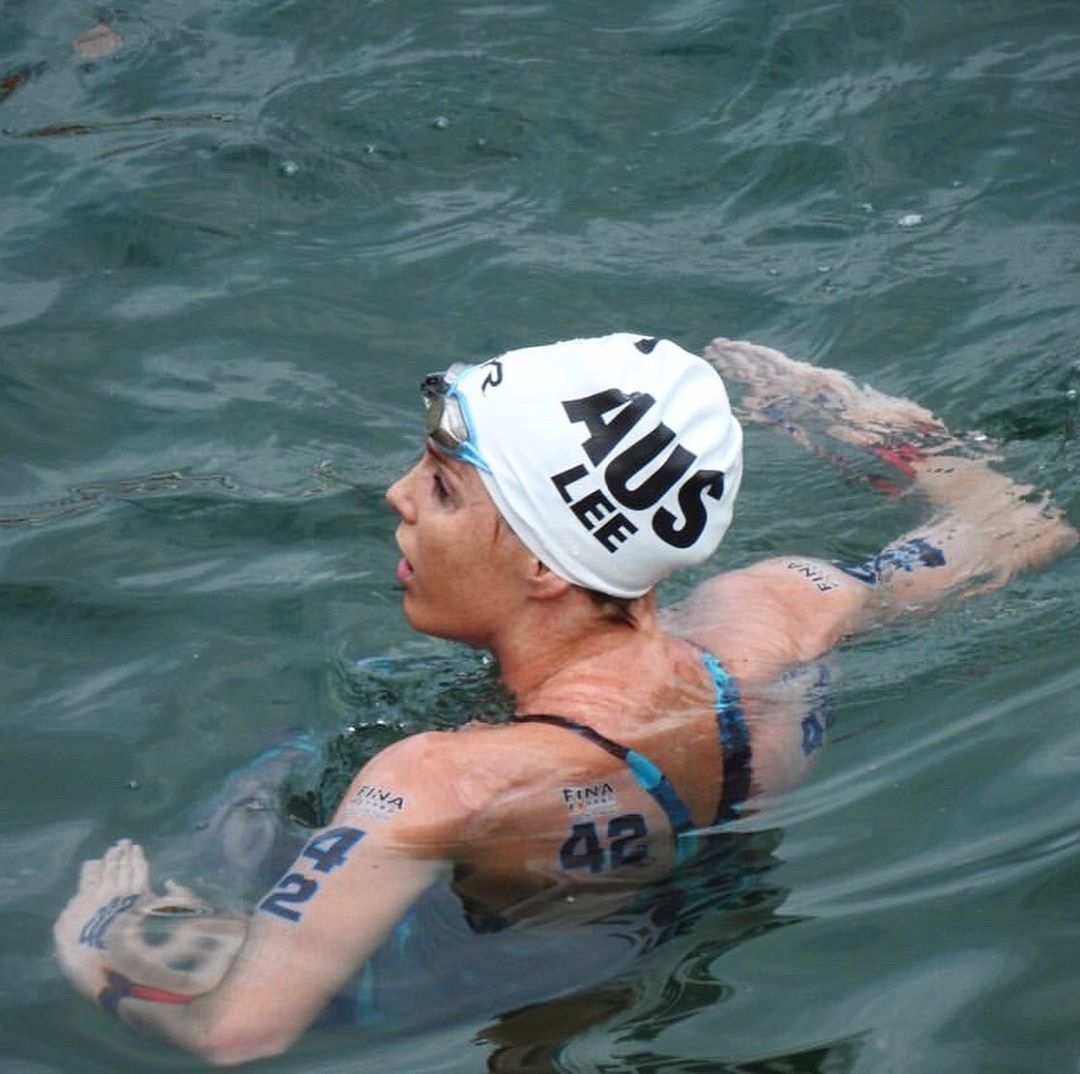 END_OF_DOCUMENT_TOKEN_TO_BE_REPLACED

What inspired your to pursue your sport?
Who/what was your biggest Inspiration?
What advice would you give to your younger self?
When did you start swimming?
What are your hobbies when you're not training/competing?
MORE ON KAREENA LEE