After 22 years in the sport and over a decade as a senior athlete, Kendra Hubbard earns her first Australian Olympic uniform, and is Tokyo bound.

"I started little athletics in under 9," recalled Hubbard. "I clearly remember my first day at Croydon Little Athletics Centre because I didn't really want to go. My sister had shown early interest in athletics so my parents took us down for a try out day - from there I was hooked. Both of my parents were heavily involved in sport so athletics has always been a big part of my family."

In her early 20's Hubbard started to emerge as a leading Australian sprinter clocking times of 11.93 and 23.81 and placing third in the 2013 national 200m title. In 2014 she ran a rare 400m in an impressive time of 55.23. The performance earned her a trip to Morocco for the Continental Cup as a reserve for the Oceania team in the 4x400m relay. She continued to concentrate on the short sprints, but an overseas racing tour changed her focus.

"I had always run the odd 400m to help with my 100s and 200s. In 2016 I was fortunate enough to travel through New Zealand to race a few 400s and I realised that I was capable of running a decent 400 without doing much training for it. In 2017/18 we decided to focus more on the 400 and with some more specific training, I was able to improve my PB by nearly two seconds." 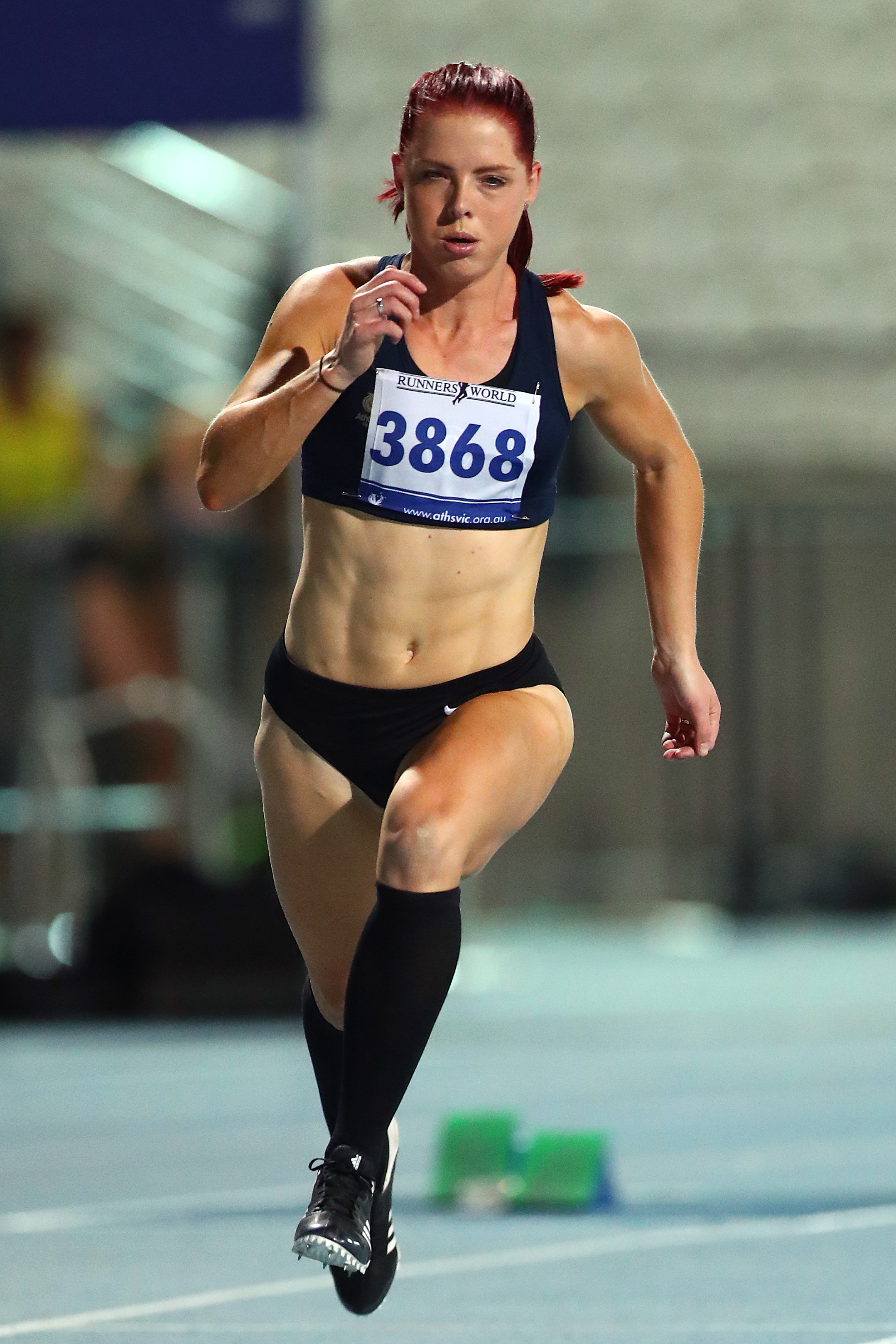 "I had a bit of a breakthrough season in 2017/18 and ran PBs across 100m, 200m and 400m. Unfortunately, I was carrying a bad achilles injury that flared up just before the Commonwealth Games trials and it derailed my season."

She would eventually place eight in the 400m in the trials clocking 54.82 seconds, well outside her recent PB.

"My achilles injury in 2018 would have to be the biggest challenge I've faced in my career so far. Earlier that season, I had run a 400m PB nearly every time I stepped onto the track, so to fall short in the national final, when it mattered the most, was very tough to deal with. I don't think I'd ever walked away from a race feeling so disappointed, as I knew I was capable of much more," she said.

It took a while to progress pass that level as she ran 54s in 2019 and the COVID-effected 2020 season. Out of Melbourne lockdown in December 2020, she embarked on an enormous campaign over the ensuing seven months. Six races over 100m/200m, but 16 quality 400s, including five of her six best times and five sub-54 performances. She ran a best of 53.46 in the heat of the nationals, slipping to 54.27 and fifth place in the final.

Then, in June in Queensland, three sub-54 times secured her relay duty on the national team for Tokyo.

"This season has been my most consistent 400m season to date. Over the last seven years, my coach and I have tweaked and finessed my training and we've been able to really understand what training and race prep I need to run a good 400. We've done a lot of work on race modelling and practicing race execution, both physically on the track in every single rep, as well as mentally."