The sixth fastest hurdler in history, Sally Pearson (then McLellan) burst onto the scene in 2003 as a 16-year-old awinning the World Youth 100m hurdles title. She made her Australian senior team debut at the at the IAAF World Championships as one of the members of the Australian women's 4x100m relay team. The team placed 14th in the heats.

Pearson had to deal with her fair amount of setbacks from early on in her career. At the 2006 Commonwealth Games, the then 19-year-old tripped over a hurdle, falling to the ground and dashing her hopes of winning a medal. She then went on to compete at the World Championships in Osaka the following year, earning a spot in the semi-final of both the 100m and 100m hurdles, but missing out on the finals.

It was at Beijing 2008 that Pearson made her Olympic debut. Forty years after Maureen Caird and Pam Ryan won gold and silver medals in the 80 metres hurdles at Mexico City 1968, the then 21-year-old Sally Pearson won Australia’s next medal in the event, claiming silver behind the US' Dawn Harper in a tight contest that needed to be decided by a photo finish.

Harper posted a finish of 12.54 seconds, while the next five placegetters were separated by a total of 0.02 seconds. Pearson’s dip-finish garnered her second place with a time of 12.64 whilst Bridgette Foster-Hylton (Jamaica), who finished sixth, was given a time of 12.66 seconds. 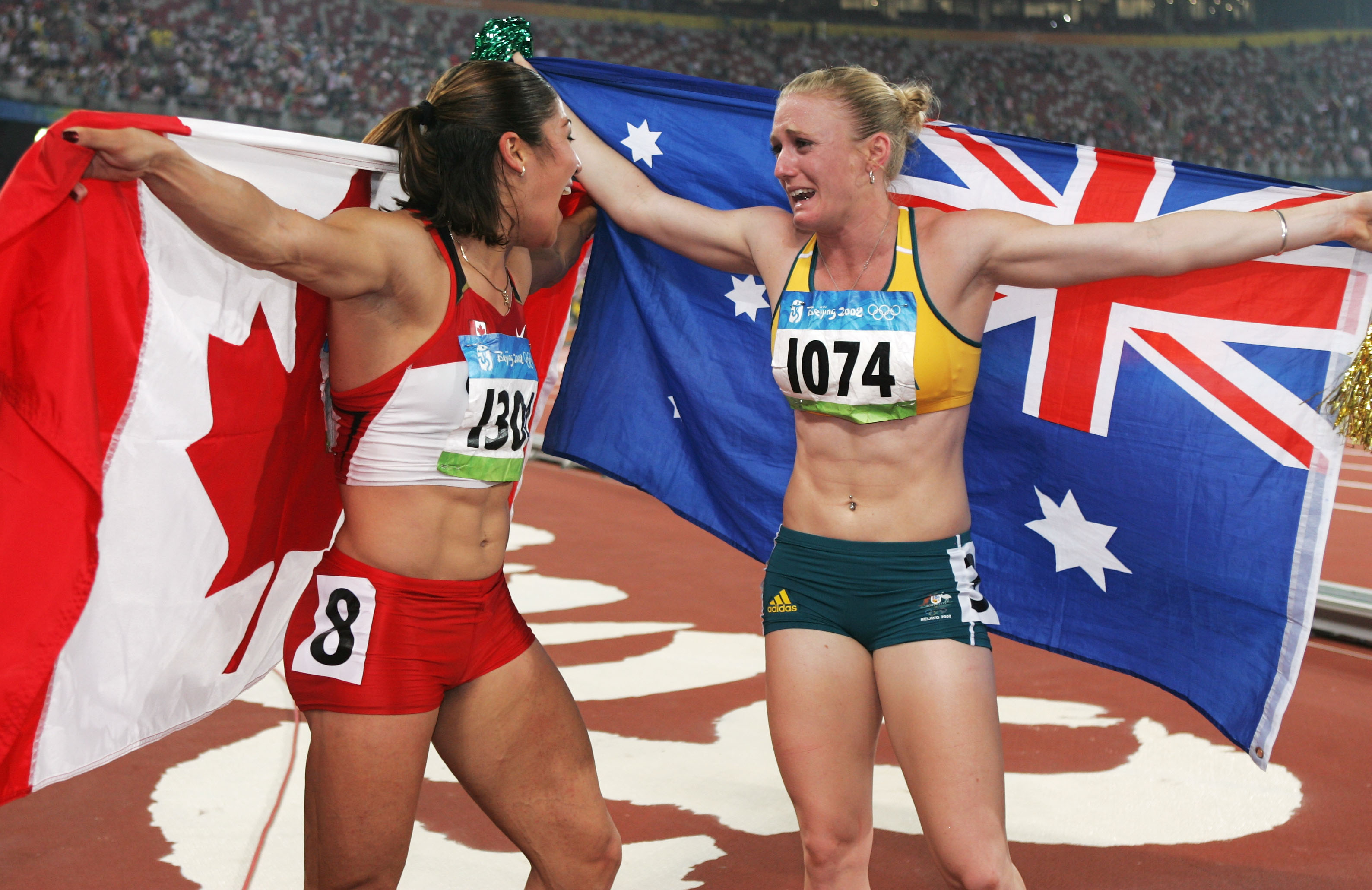 In 2009 the new Olympic silver medallists form continued, taking out five of seven races and breaking the Australian and Oceania record in the 100m hurdles in a time of 12.50 seconds. Then, in 2010 she was ready to seek redemption and face her second Commonwealth Games.

Pearson competed in both her pet event, the 100m hurdles as well as the 100m sprint at the 2010 Commonwealth Games, and in a Cinderella story finish, won gold in both events. But her celebration was short-lived, when a protest was lodged and she was disqualifed for a false start in the 100m sprint.

In 2011 the Queenslander  became the first Australian to be named the IAAF Female World Athlete of the Year. Her near-perfect results saw her claim 15 of the 16 100m hurdles races she competed in throughout that year, including the 2011 World Championship in a time of 12.28s.

Pearson’s focus and determination ensured that the pressure of being the Olympic gold medal favourite would not rattle her. She qualified fastest for the Olympic final in a season’s best time of 12.39 before lining up in the final with Australia and the world watching. Pearson went quicker again in the final as she broke the Olympic record to win the gold medal in a time of 12.35, 0.02 ahead of Beijing gold medallist, Dawn Harper. The race was run in the pouring rain and Pearson’s record still stands as of 2019.

The two-time World Champion and dual-Olympian then went on to defend her gold at the 2014 edition of the Commonwealth Games in the 100m hurdles, but struggled with injury, missing out on Rio 2016 due to a broken wrist and torn hamstring. She coached herself back to fitness by 2017 and collected both a World Championships and Diamond League title, but in 2018 she faced injury again, in the form of a long-term achilles issue which ruled her out of the 2018 Commonwealth Games. The Olympic Champion was devastated, but not defeated and more recently, Pearson has come back into form.

In addition to her incredible achievements on the track, Pearson was also awarded an OAM in 2014 and is a two-time winner of the prestigious Sport Australia Hall of Fame - Don Award.