It has been a meteoric rise in the last couple of years for distance runner Stewart McSweyn, who grew up on a beef and sheep farm on King Island (population 1600) in the middle of Bass Strait, south of Melbourne.

His childhood was idyllic, active, with a twin brother to do things with. They had a nearby beach and golf course and would help on the farm chasing cattle or rounding up sheep. It was relaxed, sheltered and all outdoors.

During high school he boarded in the strong distance running community of Ballarat.

Being away from home at a young age, he built some resilience which now helps him cope with being overseas for about five months a year.

Up to 14 years old he played cricket, tennis and AFL, but then decided to concentrate on athletics.

Most teenage years he would make nationals and occasionally won a medal. He represented Australia at the 2013 World Cross Country Championships in the junior race and two years later at the World University Games in the 5000m, but it would be 2016 when he started to emerge from the pack.

Solid start to the Av season yesterday, had to settle for third behind behind Jack^2 #beansingit #ladskies #legends @jackdaviesss @jackrayner7

University was his focus but his coach Nic Bideau saw potential in him and spoke to him about taking training more seriously.

Steeplechase was McSweyn's best event, but over the next few years his extraordinary range grew and times dropped to where he is now the fastest ever Australian at 10,000m and second fastest at 1500m, 3000m and 5000m.

In some of those events, McSweyn sits behind Craig Mottram, whom he remembers running an epic 5000m at the 2006 Commonwealth Games, the same event he would run 12 years later on the Gold Coast.

McSweyn's progression during this period was also due to training with a very elite squad who pushed and encouraged each other.

At the last three major championships for Australia, Stewart McSweyn has competed in four different events.

I lived a childhood dream tonight. 5th in the 5,000m Final at the Commonwealth Games. Attention now turns to the 10,000m final next Friday night. Thanks again to my support team 👌#beansingit #teamaus

In 2019, he ran in the 1500m and 5000m at the Doha world championships where he also had the opportunity to be involved in a special piece of history as one of 40 pace runners assisting Eliud Kipchoge to become the first sub-two hour marathoner.

The enormously talented athlete has a broad range and has uniquely qualified for the Tokyo Olympics in three events 1500m, 5000m and 10,000m. 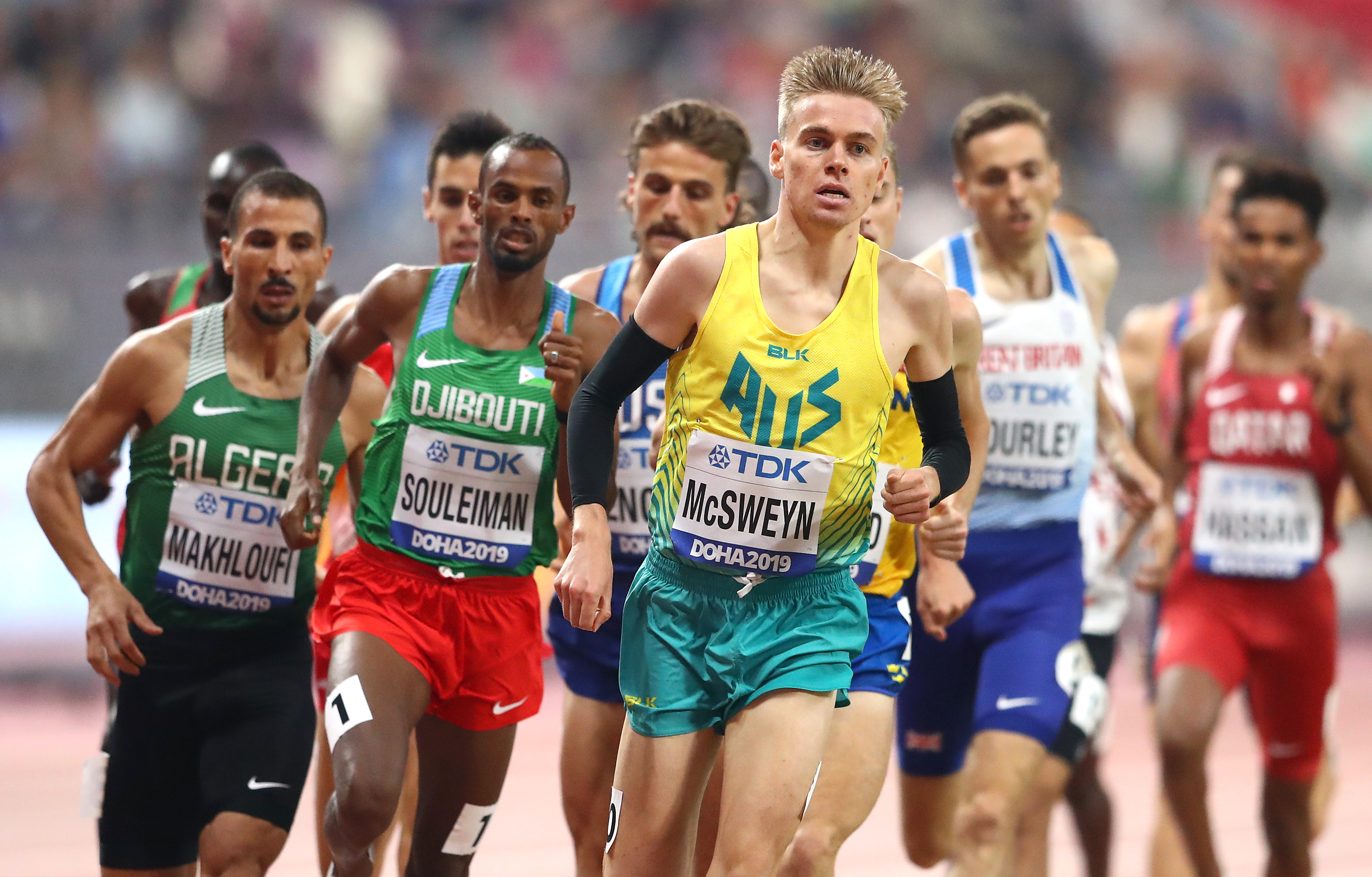 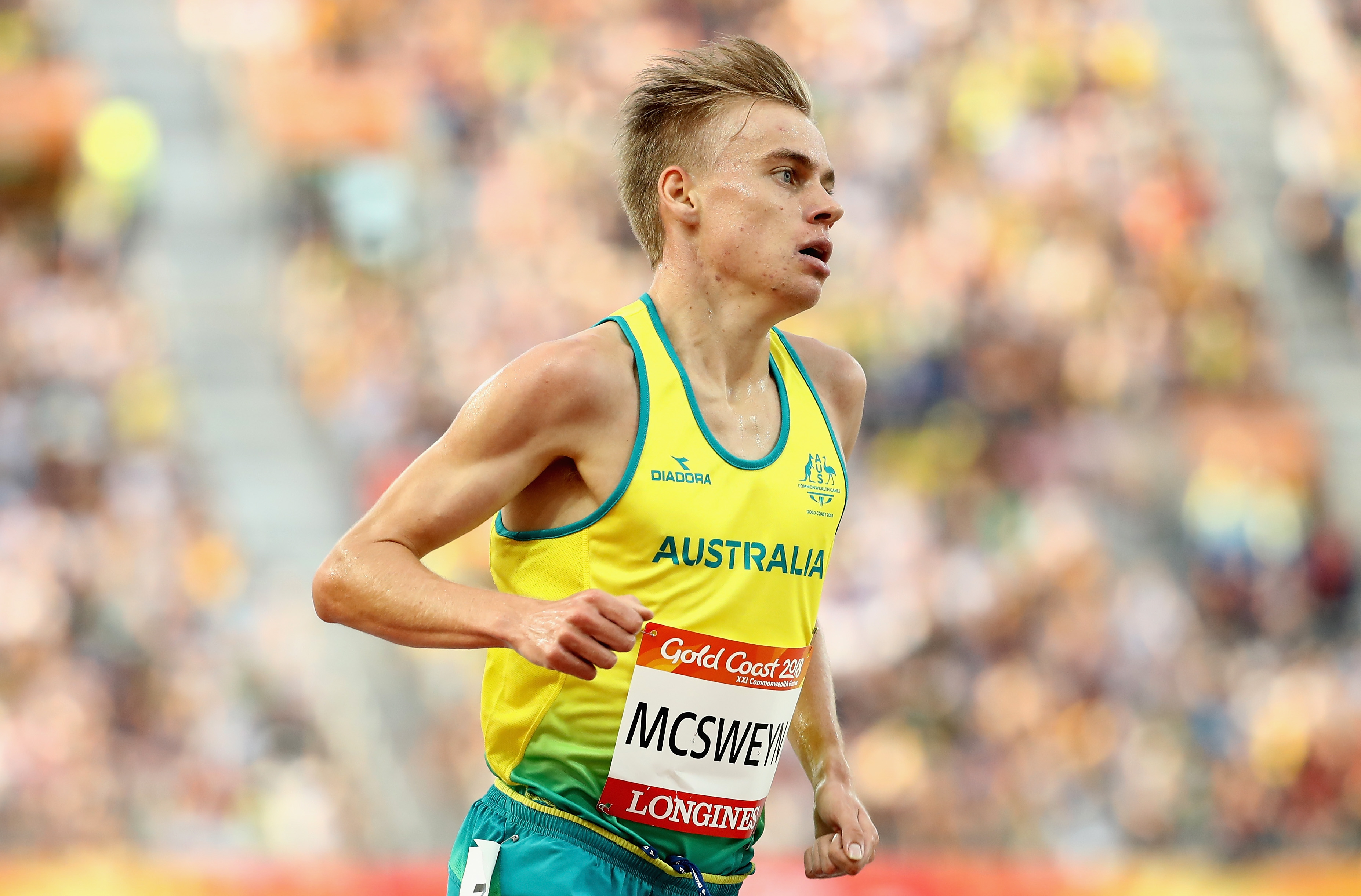 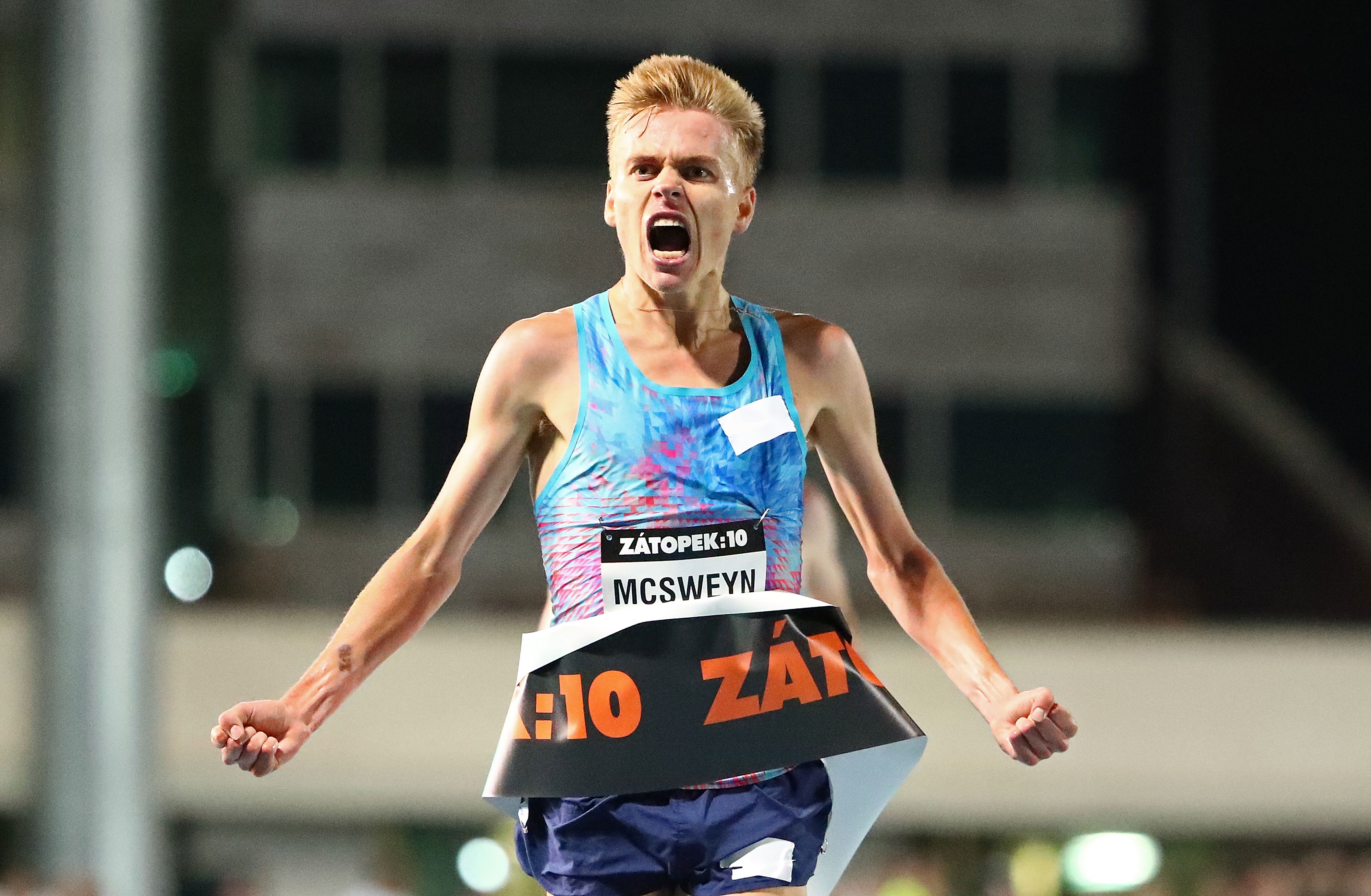 END_OF_DOCUMENT_TOKEN_TO_BE_REPLACED

What was your first junior club?
What are some fun facts about you?
Who do you look up to as an athlete?
What advice would you give to your younger self?
Who have been the most influential people in your career?
MORE ON STEWART MCSWEYN