Tim Cahill is arguably one of the highest profile footballers in the Asian Football Confederation, earning over 100 caps for Australia as the nations all time leading goal scorer, at the time of his retirement in July 2018. 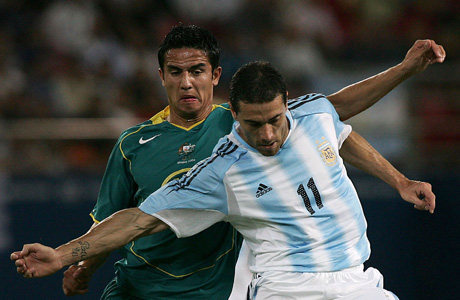 Cahill made his Australian debut in a friendly against South Africa in March 2004. He then went on to play in the 2004 OFC Nations Cup where he secured his spot in the 2004 Olympic Team. Cahill helped his team reach the quarter finals of the men's football tournament at Athens. He scored his only goal of the competition in a 5-1 win over Serbia.

Australia were then knocked out of the competition by Iraq with a 1-0 loss. Cahill was later named Oceania Footballer of the Year for 2004, following his performances at the OFC Nations Cup and Athens 2004.

Cahill was not only the first Australian to score at a FIFA World Cup, but has scored in three World Cups (2006, 2010, 2014). He has also scored the most goals by an Australian male in any World Cup, with 5 goals.

Cahill made his first professional appearance in 1998, travelling to England to play professionally for Millwall where he stayed until his 1.5 million pound transfer to Everton in 2004. 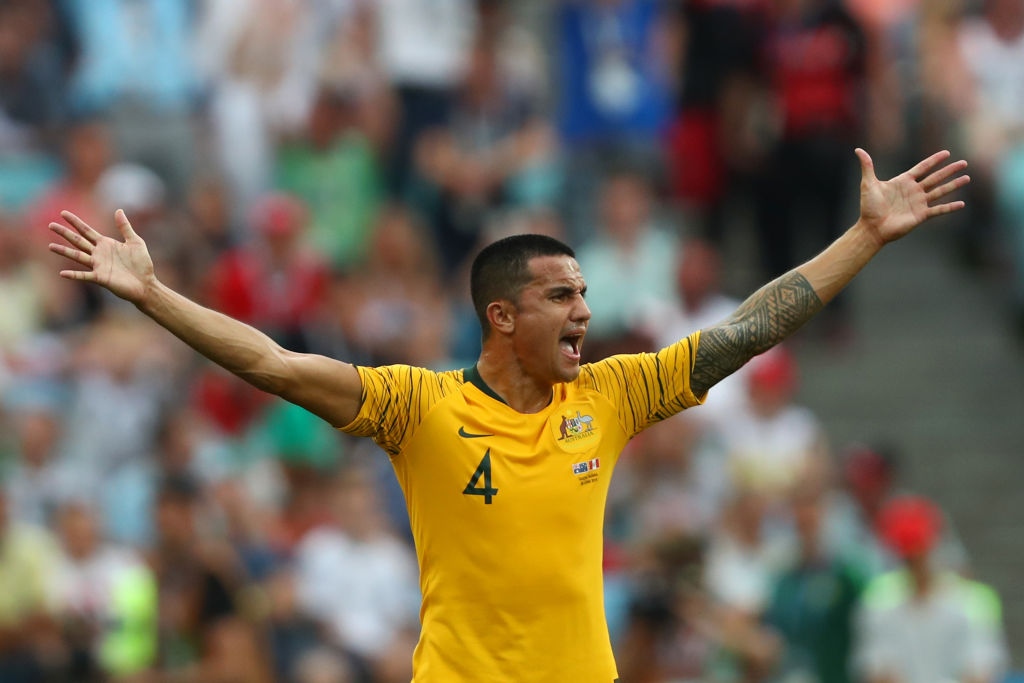 After eight years playing for Everton, Cahill signed with the New York Red Bulls of Major League Soccer as a Designated Player in 2012. It was here that he set a new record for the fastest goal scored in MLS history, when he scored eight seconds into a 3-0 win against Houston Dynamo.

Between 2015 and 2016, Cahill played for Shanghai Shenua and Hangzhou Greentown, before returning to his homeland of Australia and signing a contract with Melbourne City in August 2016.

Cahill remained with Melbourne City until 2018, when he re-joined his first professional club, Millwall. Cahill announced his retirement from international football on July 17, 2018 following the 2018 World Cup in Russia.