The first Australian to compete in the modern pentathlon was Forbes Carlisle, in Helsinki. Carlisle went on to become a world-famous swimming coach.

Australia first came close to winning a modern pentathlon medal at Tokyo in 1964 with Peter Macken finishing fourth in the individual event and the team of Macken, Don McMiken and Duncan Page placing fifth. Macken competed at five Olympic Games from Rome in 1960 to Montreal in 1976.

In Athens, Australia had an Olympic gold medallist in its modern pentathlon squad. Alexander Parygin won the event at Atlanta in 1996 whilst representing Kazakhstan. In 2004, Parygin, who was making a comeback to the sport, finished 27th. 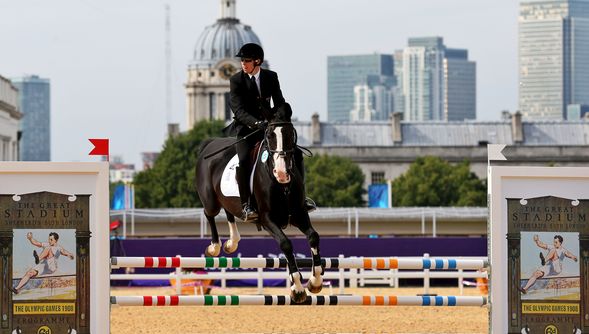 The London 2012 Games saw the young duo of Chloe Esposito (20) and Ed Fernon (24) represent Australia in the event.

Esposito performed strongly throughout and went into the final leg, the combined run and shoot event, only 40 seconds behind the leaders. she fought hard to make up the gap eventually claiming a top ten finish on debut as she crossed the line seventh.

Fernon, also at his first Games, put together some of his best performances to finish in 27th despite being ranked outside the world's top 100.

With a Games under her belt Esposito returned to Olympic competition four years later at Rio where she competed alongside her brother Max.

After performing consistently in the fencing, swimming and show jumping disciplines, Chloe entered the combined event in seventh, 45 seconds off the lead.

A near flawless final discipline propelled her into the gold medal position as she became not only Australia's first modern pentathlon medallist but the nation's first Olympic Champion in the sport. Buoyed by his sister's stellar performance, Max went on to claim seventh in the men's event. 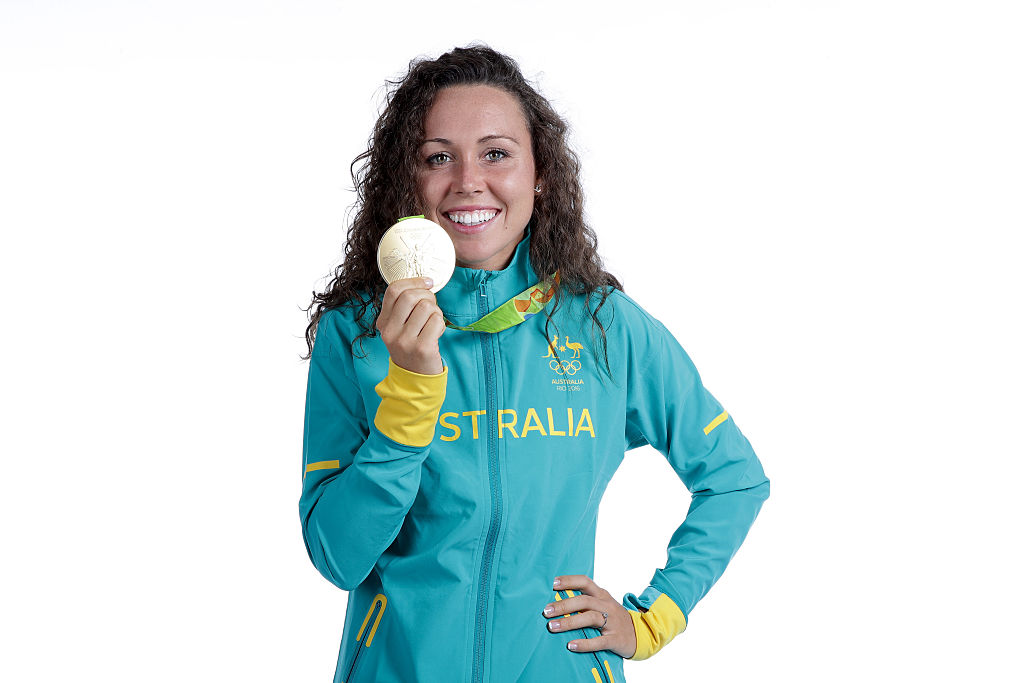 He believed that it would test "a man’s moral qualities as much as his physical resources and skills, producing thereby a complete athlete.” The ancient Olympics had the pentathlon which comprised jumping, discus, javelin, running and wrestling.

From 1912 until London 1948, the event was only for individuals. During that time, the Swedes dominated by winning six of the seven gold medals and 15 out of the possible 21 medals awarded.

In Helsinki 1952, a three-man team event was added to the individual event. Both events were contested until the team event was dropped after Barcelona 1992. Atlanta 1996 saw the sport change from a five day event to all components taking place on one day. A women’s event was introduced at Sydney in 2000.

For London 2012, a new format was adopted for modern pentathlon with the running and shooting disciplines joining for one final run/shoot combined event. The format was successfully trialled at the Singapore 2010 Youth Olympics.

In one day each athlete will fence every other competitor in a round-robin format, swim 200 metres in seeded heats and show jump on a horse they have only known for 20 minutes.

The final event is the combined run/shoot event. Pentathletes start on a handicap, based on scores after the previous 3 events.

They run a short distance to the firing range, shoot unlimited times within 70 seconds to hit a target five times; run 1,000m, then shoot a further five targets; run a further 1,000m and shoot another 5 targets; then run the final 1,000m to the finish line. 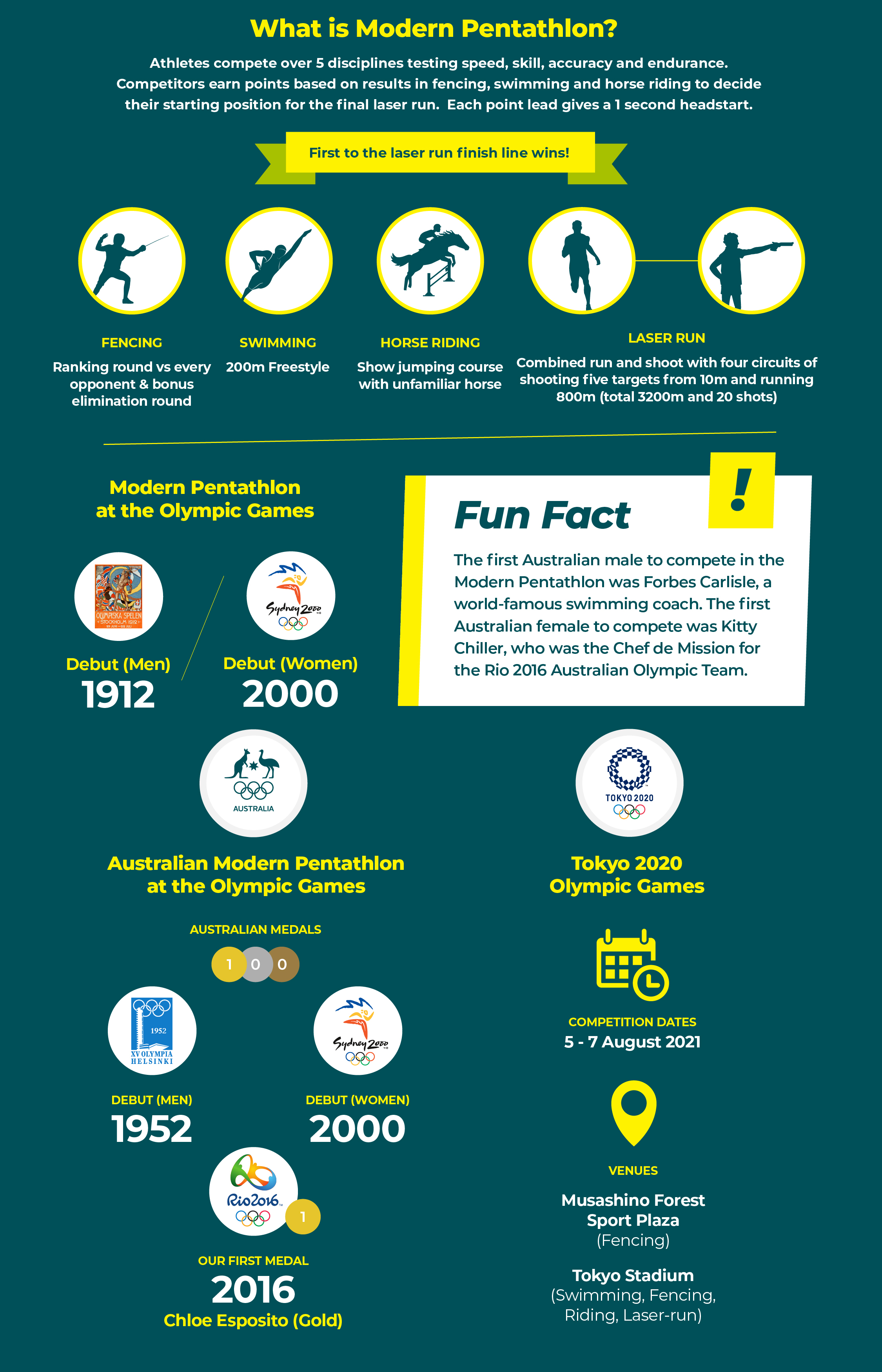 One Minute, One Sport | Modern Pentathlon

END_OF_DOCUMENT_TOKEN_TO_BE_REPLACED

Want to have a go at Modern Pentathlon, or find the nearest club to you?