Sturrock competed in a fourth Olympics at Rome 1960 where he was the Australian flagbearer.

The oldest Australian Olympic gold medallist was Bill Northam who, aged almost 60, skippered his crew of Peter O’Donnell and James Sargeant to victory in the 5.5-metre class at Tokyo 1964.

In Munich 1972, John Cuneo with Tom Anderson and John Shaw won the Dragon class, and David Forbes with John Anderson were victorious in the Star class. Shaw and Cuneo later sailed on Southern Cross in the 1974 America's Cup Challenge.

At Montreal 1976, John Bertrand (Finn class) and Ian Ruff with Ian Brown (470) won bronze medals. Bertrand was to gain even greater fame as a yachtsman when he skippered the wing-keeled Australia II in its successful challenge for the America’s Cup in 1983. 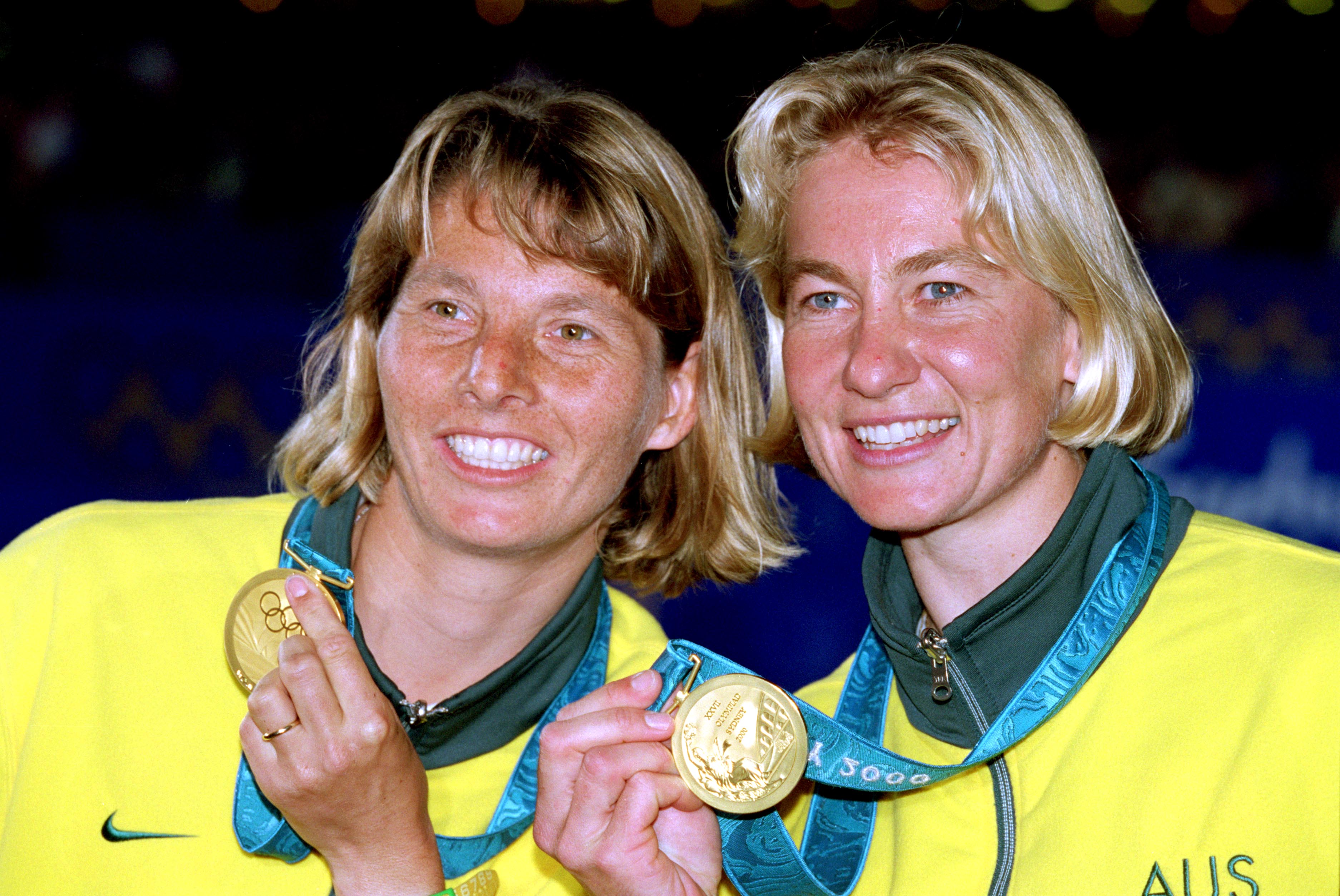 Athens 2004 was the first time since Seoul 1988 that Australian sailors failed to reach the podium at the Games.

Four years later at the Beijing Games, the young pair of Tessa Parkinson and Elise Rechichi overcame a difficult lead-up to the Games to win a spectacular race in the women's 470. On the same day, Malcolm Page and Nathan Wilmot won the gold medal in the men’s 470 class. In the men's Tornado, Darren Bundock added another silver medal to his collection placing second in the race with partner Glenn Ashby.

Australia continued to show its strength in the sport at the 2012 Games as the Aussies became the most successful team on the waters of Weymouth with three gold medals and one silver medal.

Malcolm Page was the only Australian to defend an Olympic title in London when he won gold alongside teammate Mathew Belcher in the 470 class. Page went on to carry the Australian flag at the 2012 Closing Ceremony. 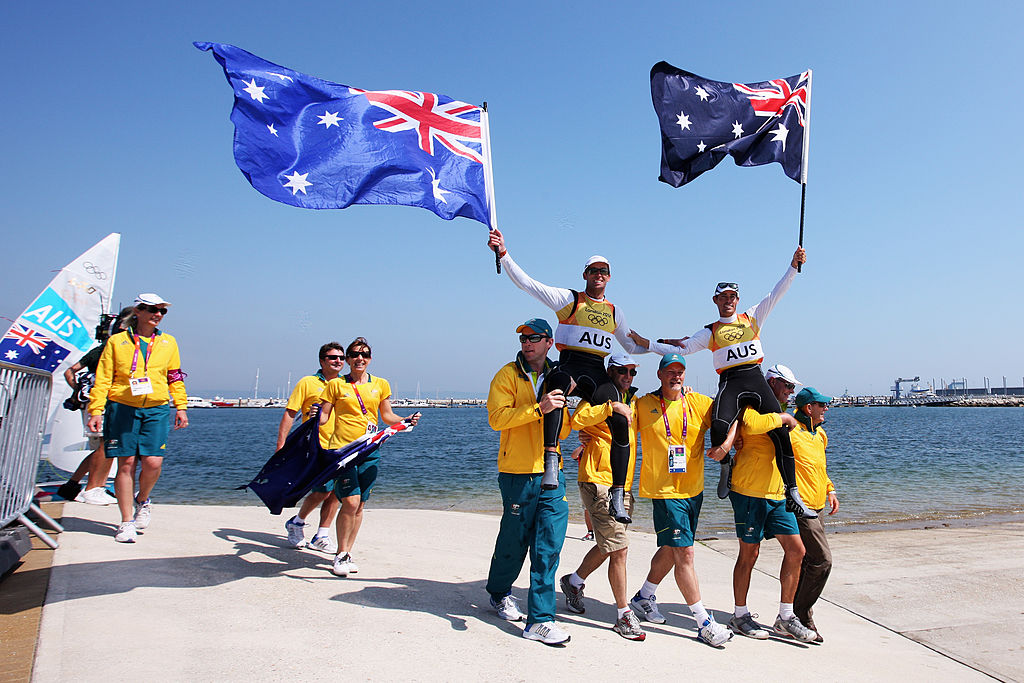 Tom Slingsby won gold in the laser class while best friends Nathan Outteridge and Iain Jensen dominated the 49er class to assure themselves of the gold medal before the medal race.

The young women’s match racing team of Olivia Price (20) Lucinda Whitty (21) and Nina Curtis (24) took silver on their Olympic debut after an undefeated run through the round-robin stage of competition.

Australia continued its sailing success at Rio 2016, medalling in four of the seven events, and with seven of the 11 Australia sailors bringing home Olympic medals.

Olympic debutant Tom Burton sailed the race of his life in the men’s laser to claim Australia’s sole sailing gold at Rio. However, a flurry of silver was to follow Burton’s success with Nathan Outteridge and Iain Jensen adding silver to their gold from 2012. 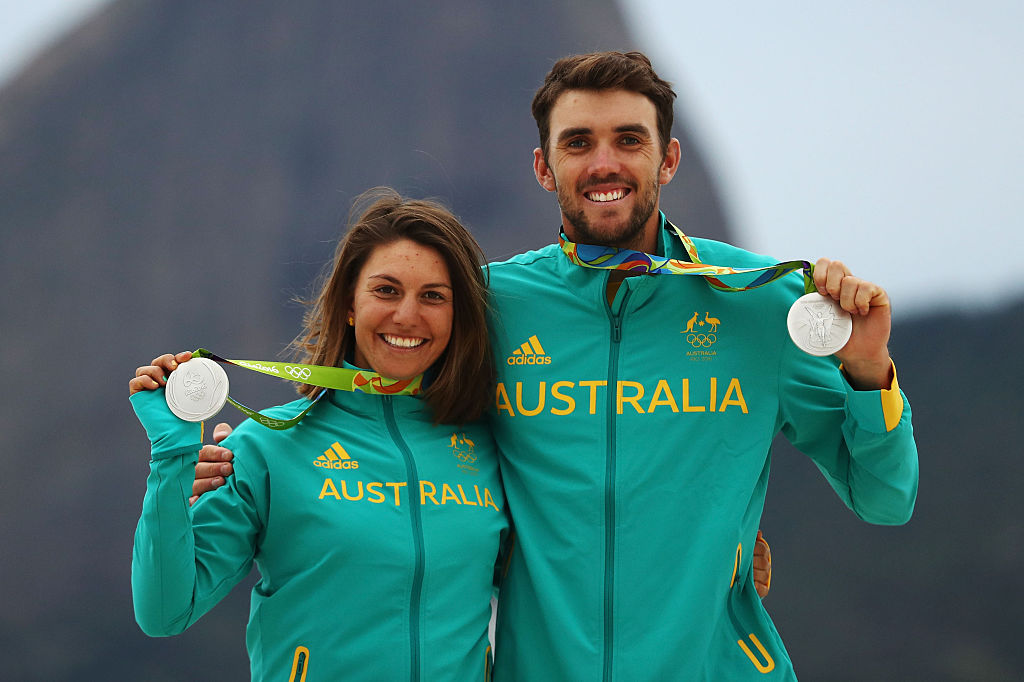 The first Olympic sailing (or yachting, as it was known up to and including 1996) events were conducted at Paris 1900. After a break from Olympic competition in 1904 due to problems transporting boats and equipment from Europe to inland USA, sailing commenced its unbroken run as an Olympic sport at London 1908.

Since then, the classes of competing boats and scoring systems have seen many changes. Women have always been permitted to sail in the Olympic regatta but events exclusively for women sailors were introduced in Barcelona 1992.

Sailing competition is run in different classes, or types of boats. In any race, only boats of the same class compete against each other. The classes used in the Olympic Games are known as ‘one-design’, meaning they are built the same to strict rules, so no competitor has a design advantage over another with their boat.

Points are awarded equating to the position where the boats finish (i.e. 1st receives one point, 2nd receives two points etc), with the lowest total scores deciding the placings.

Classes sail 11 or 13 races in an Olympic regatta, depending on the class.

The last race at an Olympic regatta is the Medal Race, where the top ten boats race and double points are applied to finishing positions. Classes will sail up to three races on a day dependent on the weather. 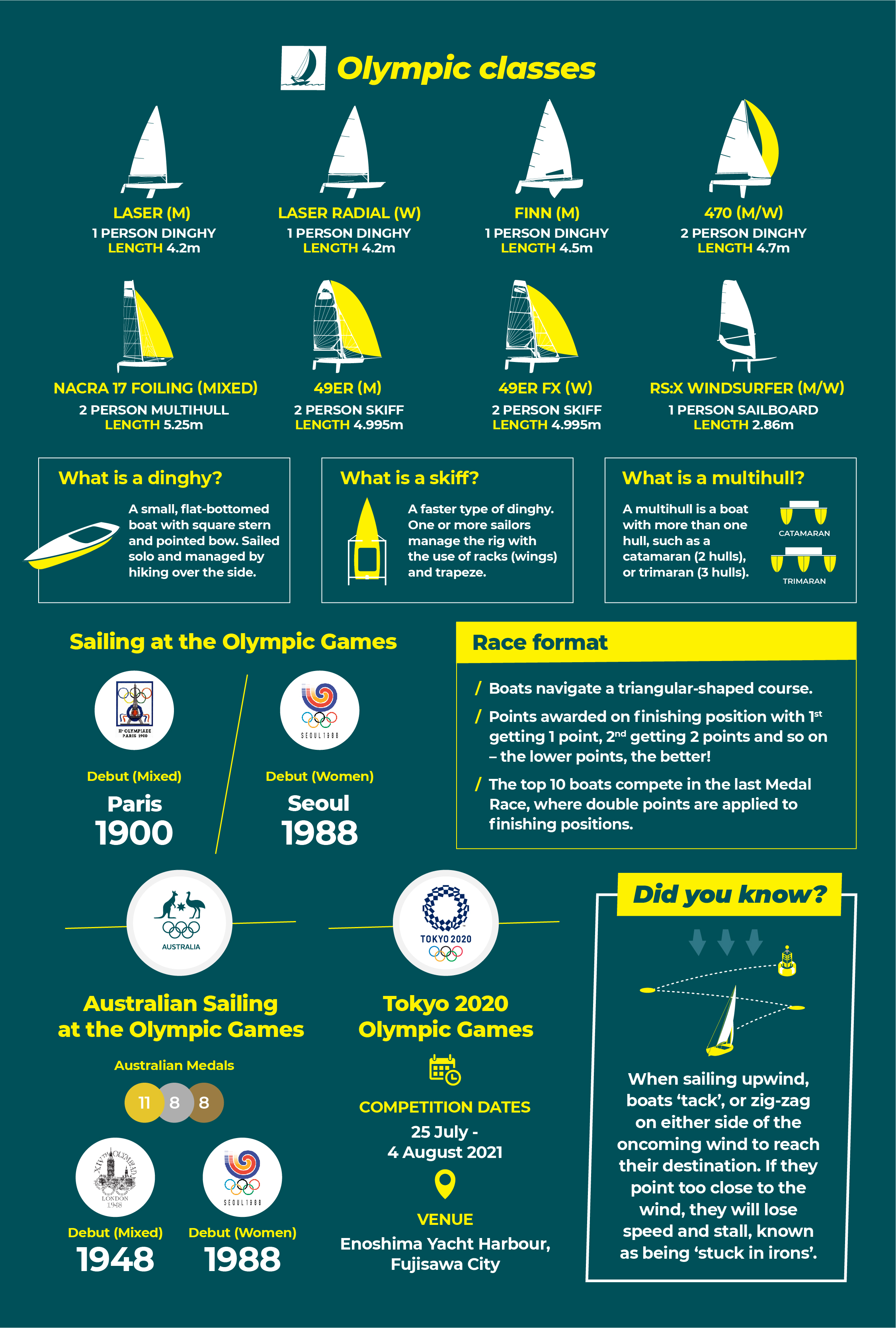 One Minute, One Sport | Sailing