Lloyd is one of seven sailors to have been announced to the Tokyo 2020 Australian Olympic Team thus far, though the challenges she faced on the way to achieving her childhood dream sets her apart.

WE DID IT! We are off to the Olympic Games in Tokyo 2020. This very long journey has been worth every single second. What an amazing person to share it with @jaimer1234 . Now it’s time to step it up and do Aussie proud at the games! THANK YOU everyone! @ausolympicteam

Five-year-old Lloyd wanting to pursue sailing at the highest level came as no surprise to her family who had always been involved in the sport.

The athletic youngster spent her childhood dabbling in an array of activities like swimming, triathlon, cross-country, basketball, hockey and life saving, but sailing came most naturally.

“I’d always been a really sporty person, but sailing was something I really connected with and because of that, I became quite good at it when I was young,” Lloyd said at her Tokyo 2020 Team Selection announcement.

She began collecting victories as a teenager, coming first in her class at the Australian Nationals in 2012, before picking up a 23rd at the Open Worlds (1st for Youth Girls) and eighth and the Europeans (1st for Youth girls) the same year.

Her connection with the water coupled with her ongoing success inspired an Olympic dream.
“Olympics was the dream for me, I chose to pursue sailing professionally and here I am today,” she said.

But, “here I am today” is a modest statement, considering the now 24-year-old almost didn’t make it at all.

On a high after her impressive results from 2012, things were looking on track for Lloyd to make her mark as one of Australia's up and coming sailors, this, however, came to a terrifying halt when the then 16-year-old sustained a major head injury during the 2012 Australian Youth Championships in Brisbane.

A windsurfer collided with Lloyd’s boat, resulting in her being knocked off into the water, unconscious.

She was rescued by her crewmate, Lewis Duncan, who held her head above water until help arrived before being rushed to hospital for emergency brain surgery.

The teenager remained in a coma for three weeks, but her injuries were severe, and doctors didn’t expect her to walk or talk again. 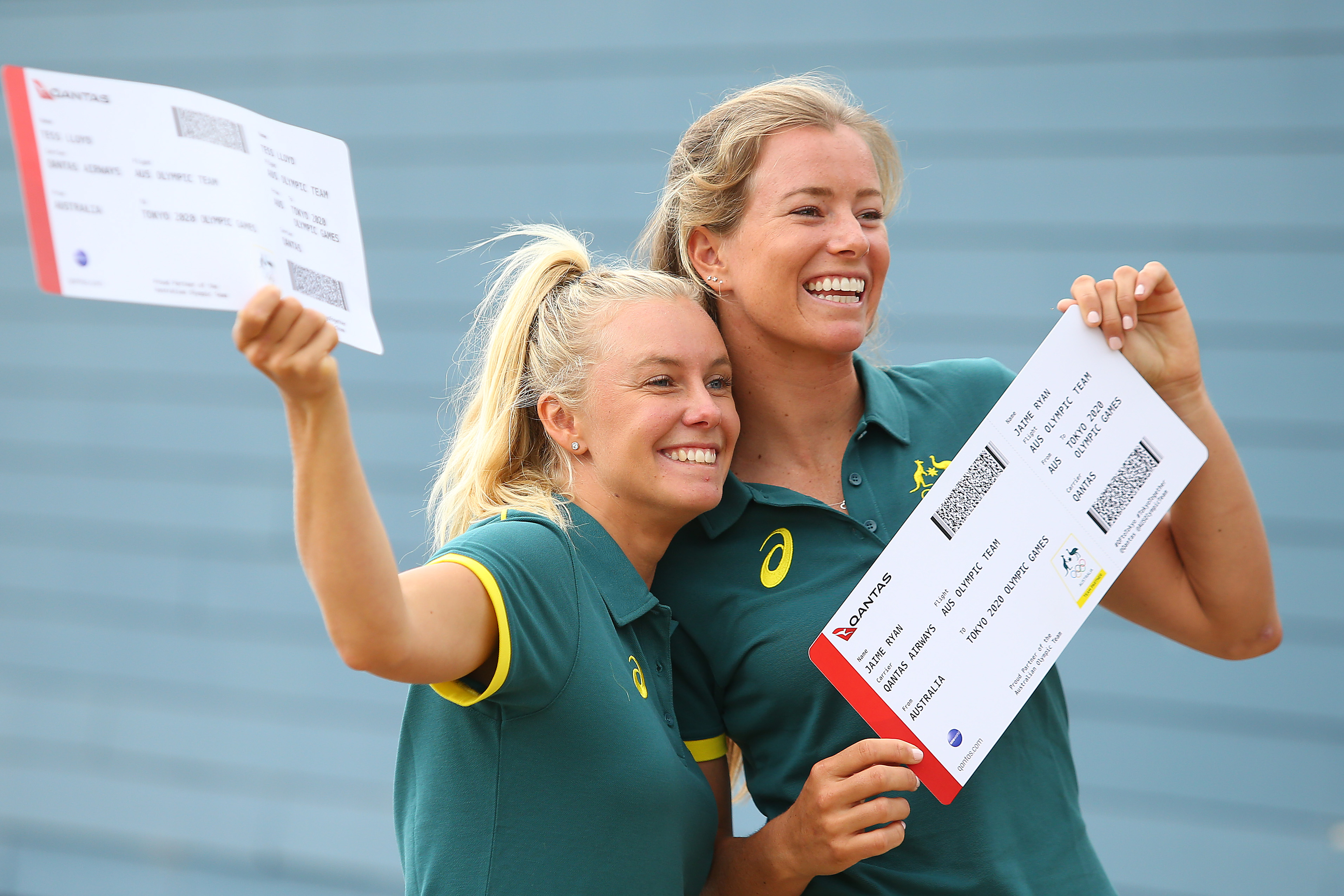 “After you come out of a coma you’re in a different world,” she explained.

“You’re on a lot of drugs and it takes a while for you to be able to make sense of everything.

“I wasn’t quite sure what happened to me, but as time went on I slowly started to understand and the prognosis wasn’t good.

“The doctors said I wouldn’t be able to walk or talk properly and sailing was the last thing I would be able to do,” the Victorian continued.

“No one was really sure what I was going to be like when I woke up from the coma, but I wasn’t expected to be the same person.

“They thought I’d be in a wheelchair and unable to communicate.”

But she defied all odds.

“I woke up and after a lot of rehab trying to get my speech and memory back, I had a miraculous recovery,” she said.

“I believe the reason my body was able to do that was due to me being so healthy and fit leading into the injury and my drive to get back out onto the water, doing what I love.”

Just 10 months later, the determined youngster was back on her boat, a place that felt like home and was untainted by the challenges she was facing during her recovery.

“There were a lot of aspects of my life that became a real challenge after my injury,” she shared.

“I had to accept that I wouldn’t be as academic at school as I originally was, which meant I had to do Year 12 over two years with the second year via correspondence.

“The Victorian Institute of Sport were really helpful in setting me up with public speaking training and interviews to help with my speech and communication and I believe it’s now become one of my strengths,” she continued. 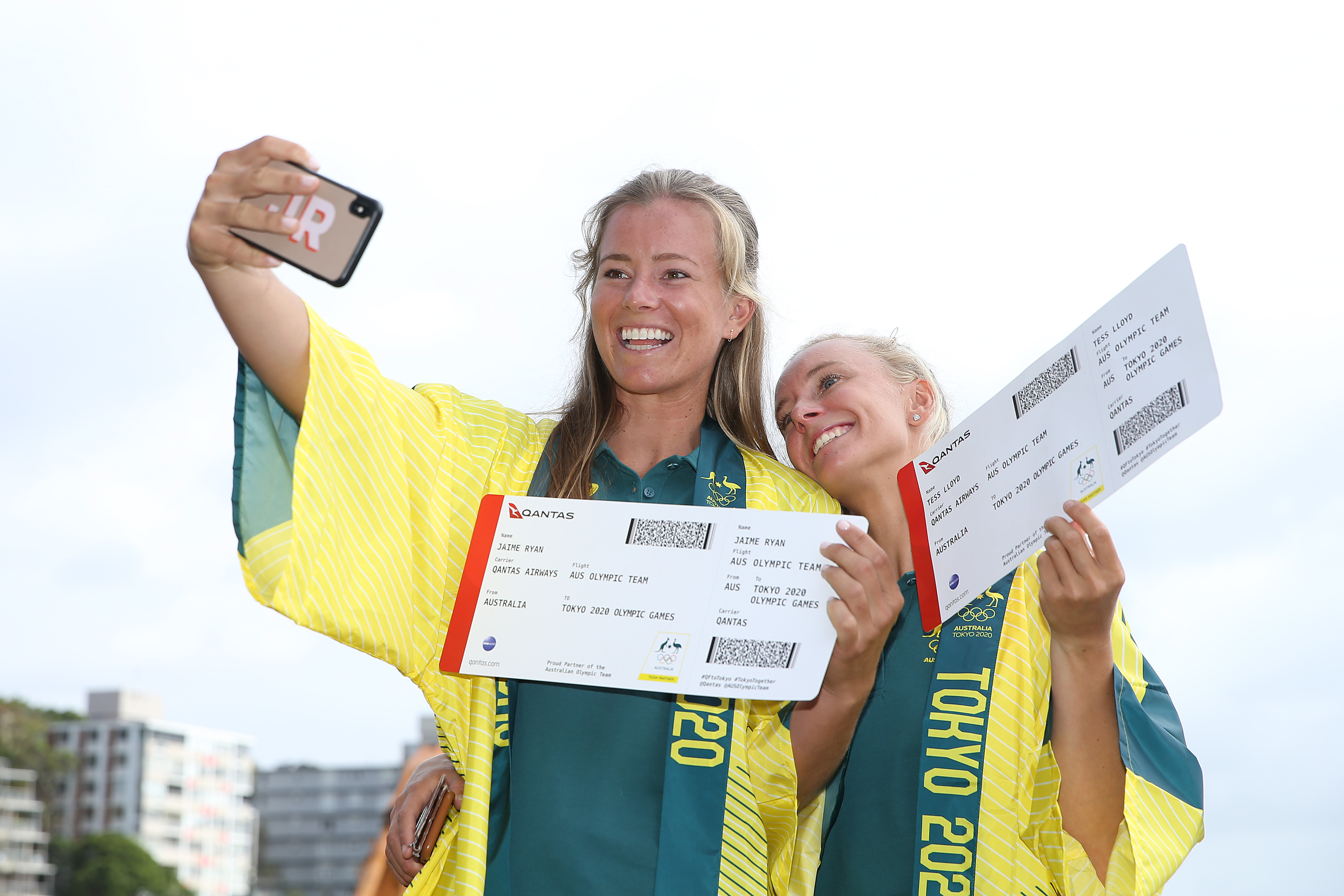 “But sailing was something I always wanted in my life, so it was quite easy for me to get back on the boat.
“I just wanted to be free out there on the water and get away from all the dramas I was having at school and with trying to communicate.”

The trauma of an injury as severe at Lloyd’s could understandably lead someone to stay away from the cause of it completely, or at the very least, sit in the back of their mind as a niggling fear, but the determined skipper said this is not the case for her.

“I don’t think about the injury anymore. I wear a helmet to be safe when it’s windy and a lot of the girls now do that because of what happened to me, but I think the accident has made me more determined,” she said.

“I definitely appreciate the little things in life because I was so close to not being here at all, or being a completely different person, which definitely puts things into perspective.”

Lloyd says that although her journey has been rough, it makes her Olympic debut even more special.
“I think I’d still be here regardless of my accident because the Olympics is a dream I’ve always had, but all the challenges along the way have made it even sweeter,” she said.

“Sailing was always my passion and I was never going to give up on it.”