"I get to show Indigenous kid... | Australian Olympic Committee

"I get to show Indigenous kids in my community that no dream is too big, if you put in the work to get there."

The artwork entitled ‘Walking Together,’ is one of many ways Australia’s proud Aboriginal and Torres Strait Islander Olympic history will be highlighted throughout the Tokyo Team.

‘Walking Together,’ includes footsteps, representing the 52 Indigenous athletes who have competed at an Olympic Games, with Fleming, from Wakka Wakka Wanyurr Majay, Yuggera country, explaining the meaning behind the piece.

“The centre piece represents a meeting place, because the Olympics brings together people of all colours, religions and backgrounds from all over the world, who are all competing for the same goal. 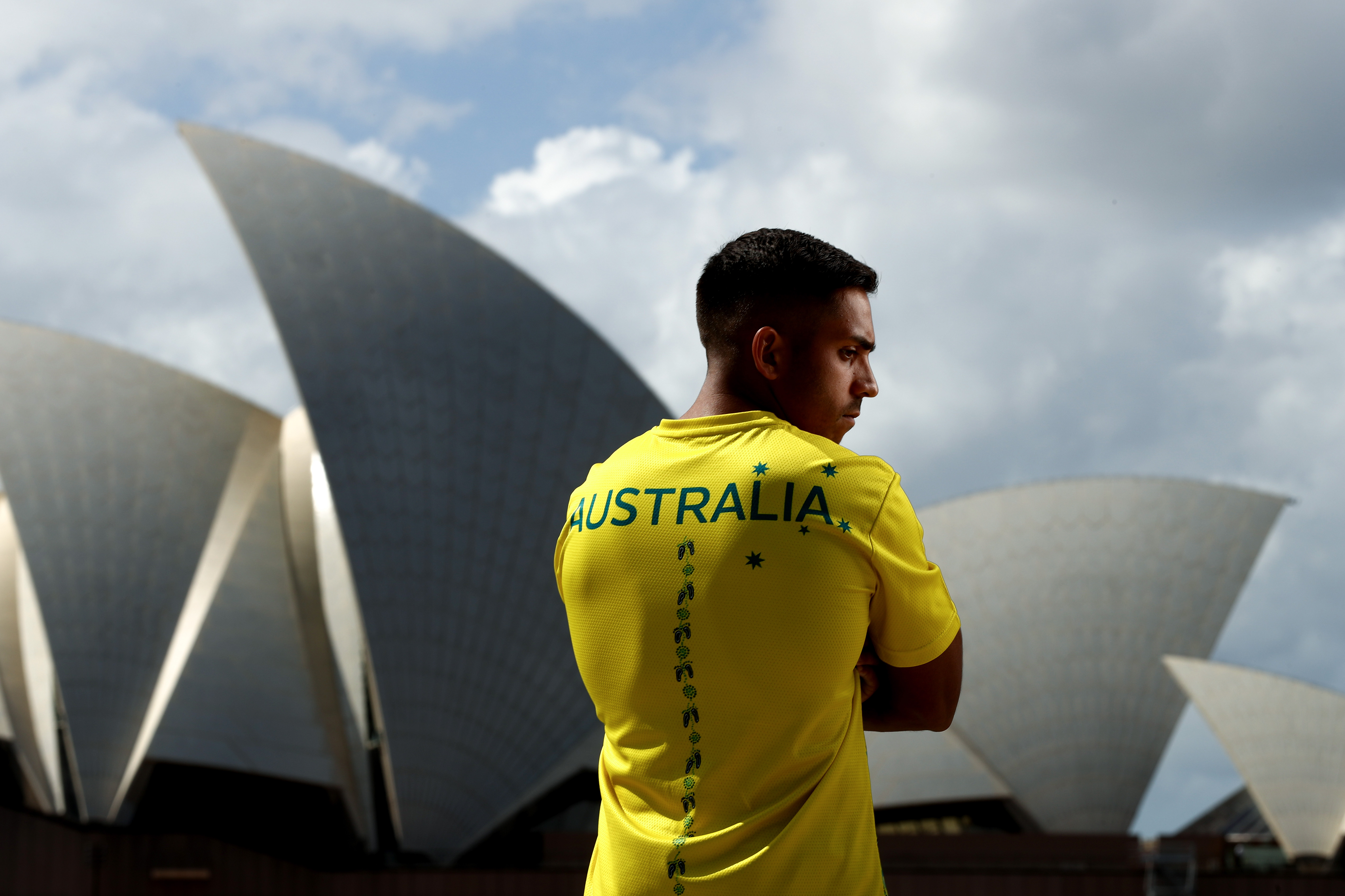 “Everyone essentially becomes ‘one’, we’re all athletes and it doesn’t matter where you come from.

Rugby Sevens star Maurice Longbottom of the Dharawal mob, wore the design proudly, explaining his personal connection to the uniform.

“I love it because it’s not just a piece of art, there’s a story behind it,” he said.

“It’s about the 52 Indigenous Australian Olympians whose footsteps I am looking to follow in. I want to live up to their expectations and do them proud and also represent my culture, my people, my family and my community back home.”

Longbottom said that regardless of the paths taken to get to the Olympics, all Olympians are connected by a mutual understanding of the work and sacrifice it takes, to pursue the Olympic dream.

“Everyone has taken their own different path to get to the Olympics, but we all put in the same hard work and understand what has gone in to getting there,” he explained. 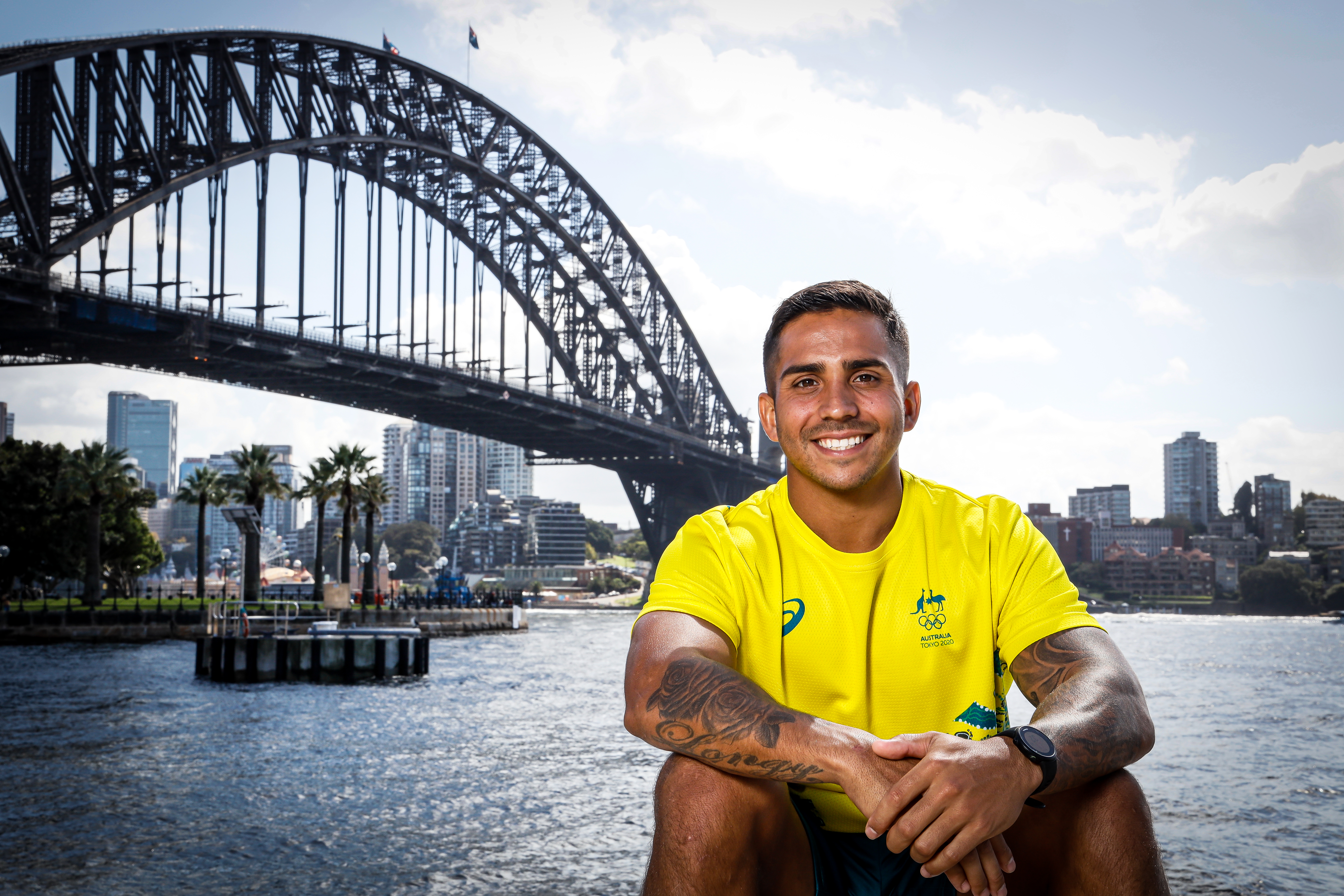 Longbottom believes the best thing about the Olympics is its ability to unite and inspire people all over the world, with dreams of their own.

“I think sport and the Olympics is a massive unifier,” he said.

“Growing up as a young kid I used to watch the Olympics, wanting to be like those athletes one day, but now, I’m here.

“I get to show the young Indigenous kids in my community, who were just like me, that no dream is too big, if you put in the work to get there.”

Representing my country and my people on the Olympic stage means everything to me,” he continued.

“Wearing this Aboriginal artwork makes it even more special, so it will always have a place in my heart.”