Today John Coates AC addressed the Committee for Brisbane 2033 Legacy Taskforce providing more detail into Brisbane's bid to host the 2032 Olympic Games and how sustainability would be managed.

The Committee for Brisbane 2033 Legacy Taskforce policy paper: Our 2033 Olympic and Paralympic Legacies - Liveability Issues and Opportunities Paper, addresses the sustainability of hosting the Games in Brisbane in 2032.

"As the first Games which are both carbon neutral and generate zero waste... Brisbane will have eyes on both the podium and the gentle earth it stands upon. I regard that as real leadership in action," Mr. Coates said.

"It is not a done deal. There is much work to be done. It may well be Queensland’s time. And if so, you’ve earned it. You’ve planned for it. You’ve fought for it," he said of Brisbane's 2032 candidature.

"If you are selected to host the Games, at the Opening Ceremony alone, the eyes of more than one half of the world’s population will look into your home and ask: what is life like there?"

You can read Mr. Coates speech in full below. 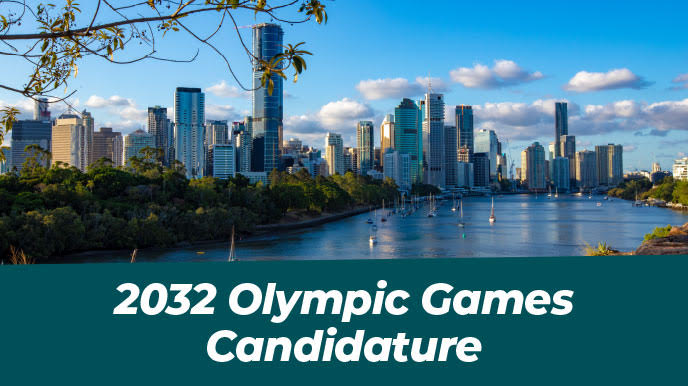 Queensland has enthusiastically put its hand up to host the Summer Olympic and Paralympic Games in 2032, and has entered in the 'Targeted Dialogue' phase.