Scanlan's near miss for Olympic bronze

Australia's Laetisha Scanlan came within an agonising one target of earning a bronze medal in the women's Trap Shooting final.

In an eventful final conducted in hot, blustery conditions, Scanlan looked set for a podium finish and needed to hit the last target at the 35-shot elimination stage to advance as one of the final three athletes.

Sadly, Scanlan missed the right-handed target to finish level on 26 targets with San Marino's Alessandra Perilli. However, Perilli progressed as one of the last three athletes at Scanlan's expense because of her higher qualification ranking.

It was Scanlan's second Olympics, and her fourth place was higher than her fifth placing behind gold medallist, Australian team-mate Catherine Skinner, at the 2016 Rio Olympics. 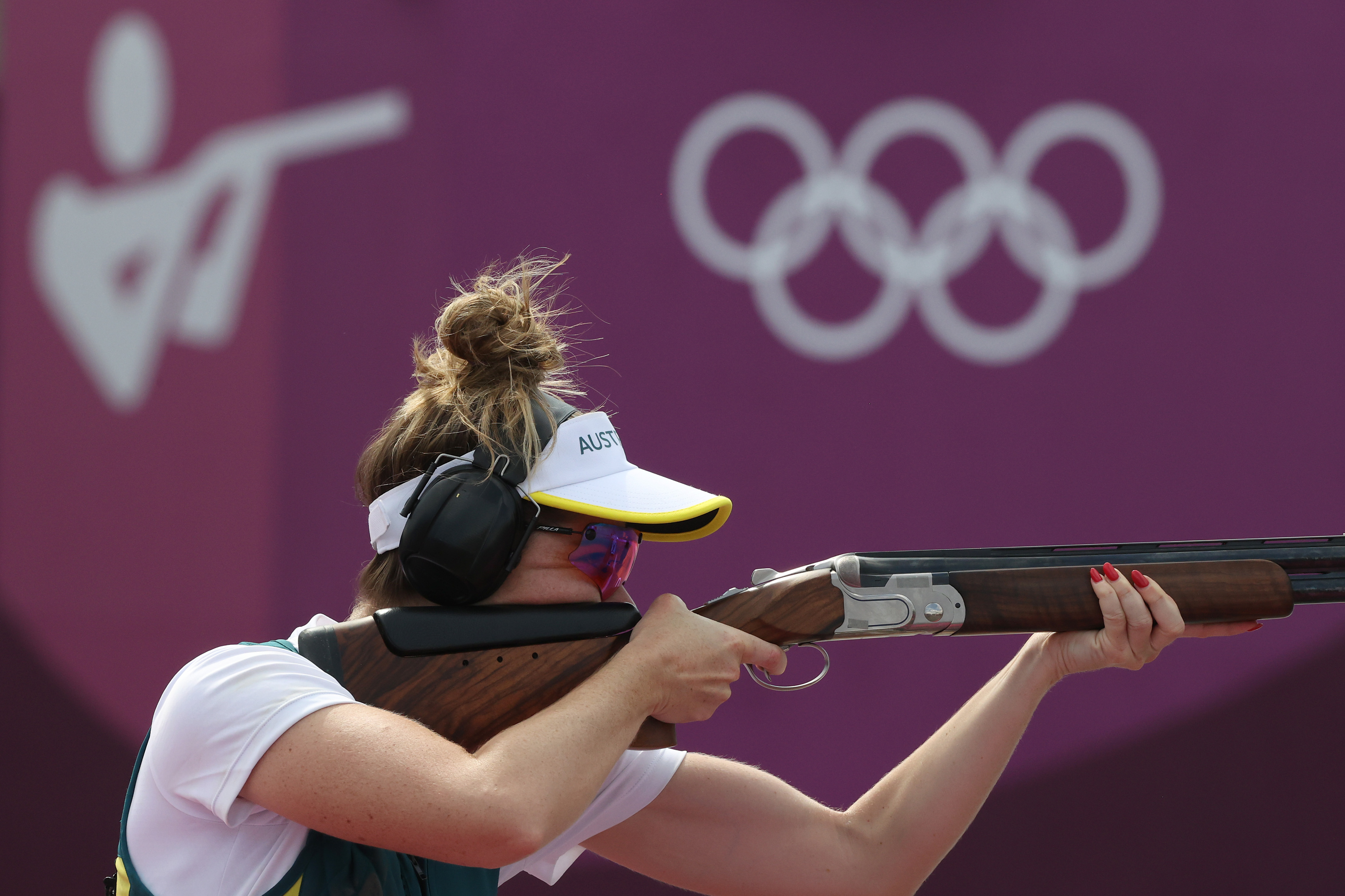 "I'm super disappointed," said Scanlan at the end of the final.

"I can't really describe my feelings right now. One more target would have got me a bronze medal," she said.

"It was a tough final and the medallist shot better.

"We've got the Mixed Teams event on Saturday, so we have got tomorrow to reset and then come back fighting," she added.

"Hopefully when I reflect on this, this disappointing feeling won't last for that long and I can look back and enjoy the memories that Japan has created.

"It's been an amazing journey, a five-year long process and I'm really proud of myself to get to another Olympic Games especially within a pandemic," he added.

In her first Olympics, Smith showed her class to qualify fifth for the six-athlete final, but she was unable to reproduce her best form in the medal deciding round.

"Qualifying was good but the final was disappointing. But that's how it rolls sometimes," said Smith.

In the men's Trap, James Willett and Tom Grice both missed qualifying for the final.

Willett needed to shoot two perfect rounds of 25 targets to qualify for a finals' shoot-off but could only manage a last round score of 23 after shooting a faultless first round of 25.

Willett, Grice, Scanlan and Smith will turn their attention to the newly introduced Mixed Trap Pairs which will be held on Saturday. Willett is paired with Scanlan while Grice will team-up with Smith.

Australia's other athlete competing today was Elena Galiabovitch in the Precision stage of the women's 25m Pistol qualification round.

Galiabovitch sits in 31st position after registering scores of 94, 95 and 98 to tally 287 points.

The second Rapid Fire qualification stage will be held tomorrow. The top eight athletes will advance to the final.