Dominic Clarke was born in Plymouth, England, but moved to Australia at a young age. Initially it was his father that encouraged him to try out the sport, the fact that you can't cartwheel or flip in sports such as soccer was an added incentive for starting gymnastics.

At five-years-old Dominic started trampolining at Redlands Gymnastics in Queensland. Before long he was showing immense talent in the sport and within only a few years he attended his first National Championships, where he placed second in Synchronised Trampolining. It was this early achievement that made Dominic decide that not only did he want to win a National Championships, but go to the Olympics.

At the 2010 Indo-Pacific Championships he placed 3rd in the U15's division. The 2014 Pacific Rim Championships in Canada saw Clarke as the only Australian gymnast to bring home two silver and a bronze medal. For the 2015 World Championships in Denmark Clarke progressed to the senior division and placed 4th alongside Synchronise partner Matthew Weal. 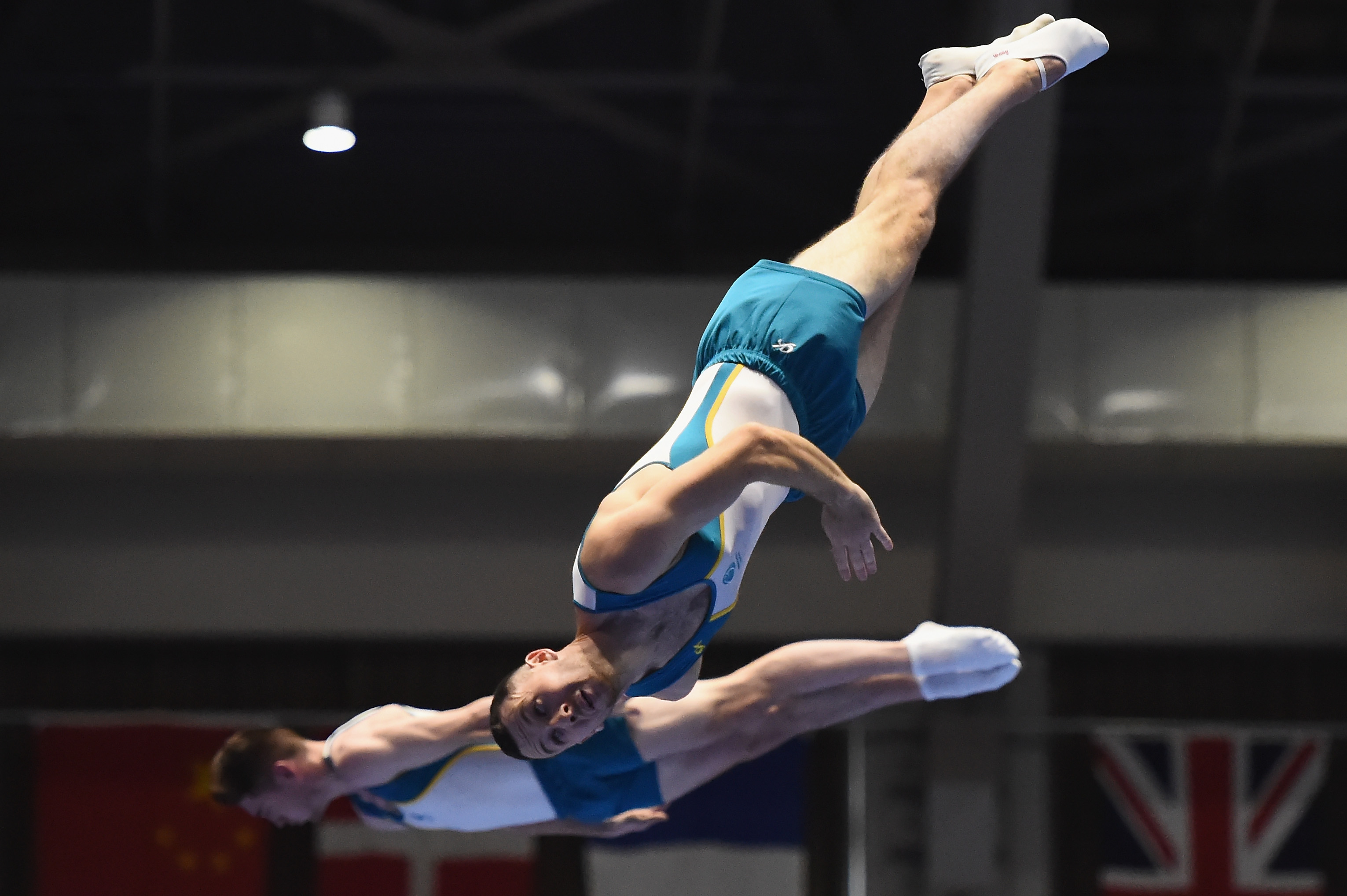 In 2017 at the Gymnastics New South Wales Awards Clarke earned the title of Elite Double Mini Trampoline Male Athlete of the Year, and at the 2018 Australian Championships he was also named the 2017 Trampoline Senior Male Gymnast of the Year.

At the 2018 FIG Trampoline gymnastics World Championships he placed 3rd in Men's Synchro with a final score of 51.270. The same year at the FIG TRA World Cup - 50th Nissen Cup AROSA, he placed 6th in Men's individual and 5th in men's synchro. In 2018 he also earned a World Championship Bronze alongside Synchronise partner Ty Swadling.

At the 2019 Australian Championships he secured a podium finish placing first in the Senior International division. For the 2019 FIG Trampoline Gymnastics World Championships in Tokyo, Clarke placed 4th in men's team trampoline and 5th in the team all round category. The same year he was named by Gymnastics Australia as Trampoline Senior Male Gymnast of the Year Award.

Clarke has amassed two World Championships and recently at the 2021 Oceanian Individual Trampoline Championships, he came away from the competition victorious. He is now set to make his Olympic debut at the Tokyo Games, competing in the men's individual trampoline.

END_OF_DOCUMENT_TOKEN_TO_BE_REPLACED

What is your most memorable sporting moment?
What do you like best about competing?
What has been the biggest challenge you've faced?
Who was your biggest inspiration growing up?
MORE ON DOMINIC CLARKE