Having three older brothers and growing up in the Gerroa surfing culture on the NSW South Coast, Sally had to learn fast.

Her biggest problem then became deciding on surfing being the sport she wanted to pursue at the elite level.

“Surfing wasn’t my only love. As a kid, I ran track, played soccer, touch footy, footy, as many sports as I could fit in,” she said. 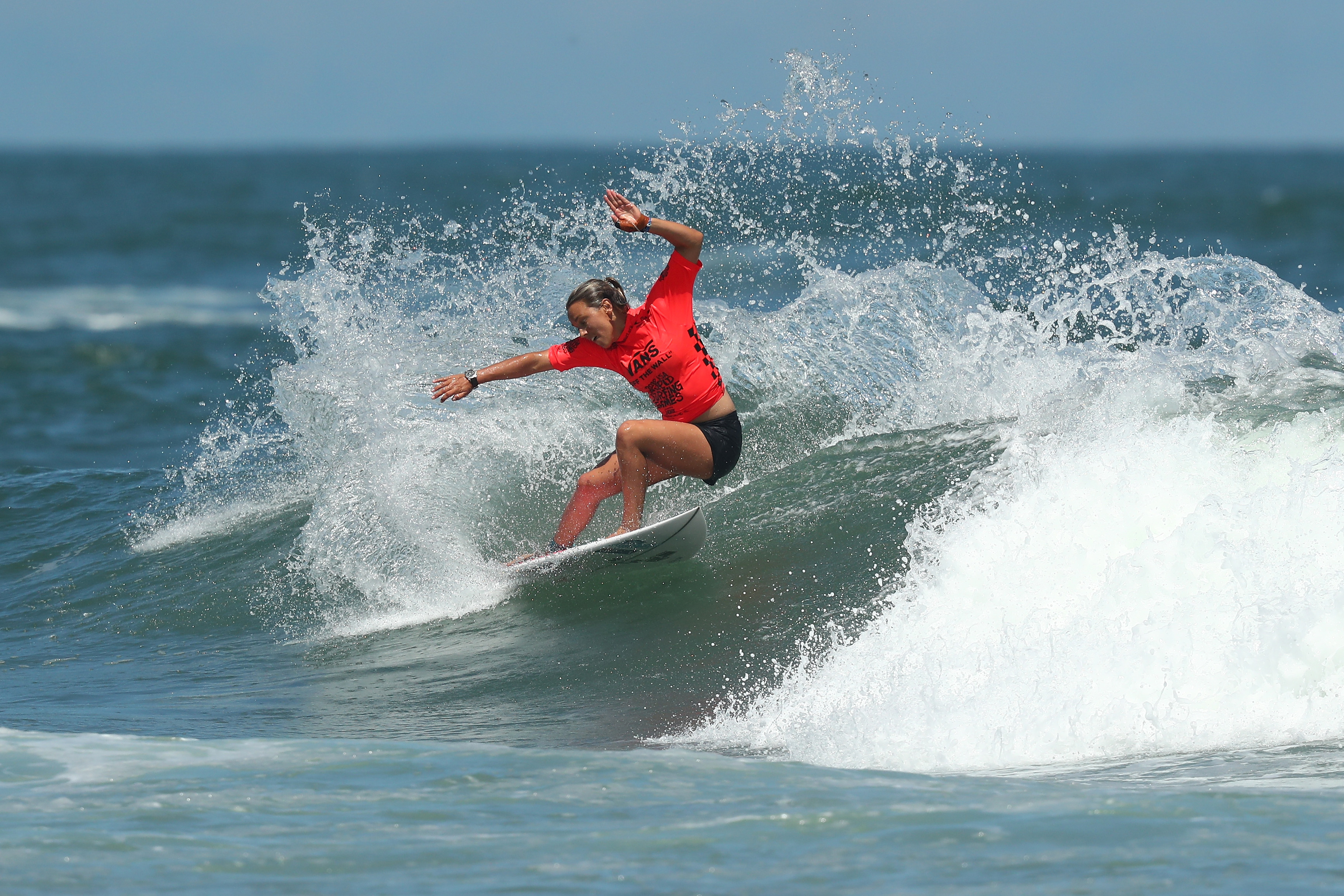 Sally was as impressive on land as in the water – she won the 800m and 1500m on the track at the 2007 Australian Youth Olympic Festival in Sydney, where athletes from 23 countries competed in 14 sports.

But Surfing won out for Sally, and in 2007 as a 16-year-old she became the world junior surfing champion.

Her rookie season on the WCT was 2009 and she enjoyed 11 event wins in famed surfing locations like Fiji, Trestles, Margaret River and Bells Beach. 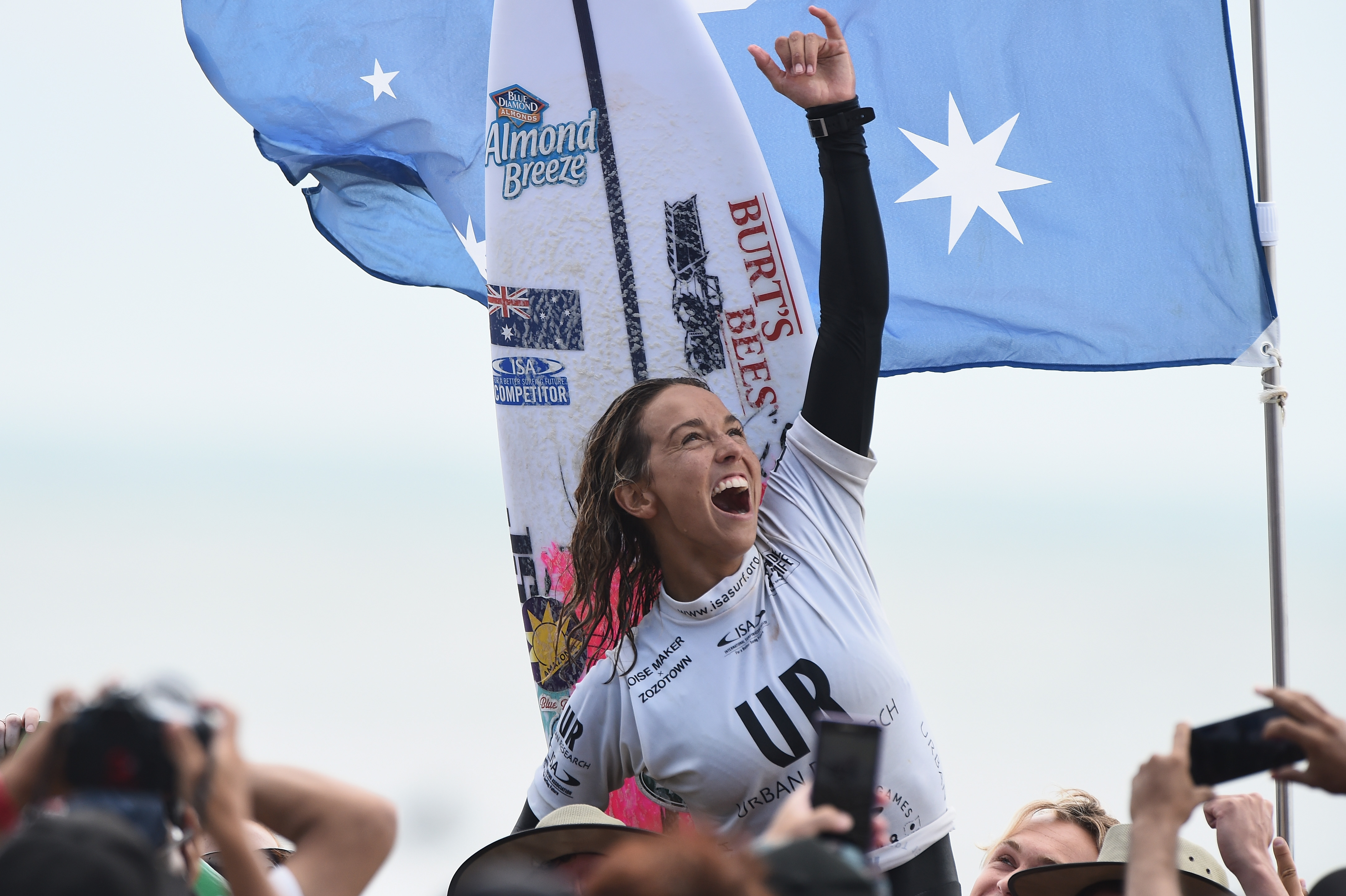 In the International Surfing Association’s 2018 World Surfing Games (WSG) at Tahara in Japan, Sally won the gold medal in the women’s division final to lift Australia to a team silver medal. It was 10 years after winning the gold in Portugal at the same event.

When then COVID-19 pandemic hit which forced borders to close and cancelled international sporting events, Sally used the time to strengthen all areas of her surfing.

“I’m always learning. I’m like a young Jedi,” Sally said, who has completed a Certificate III in Personal Training. 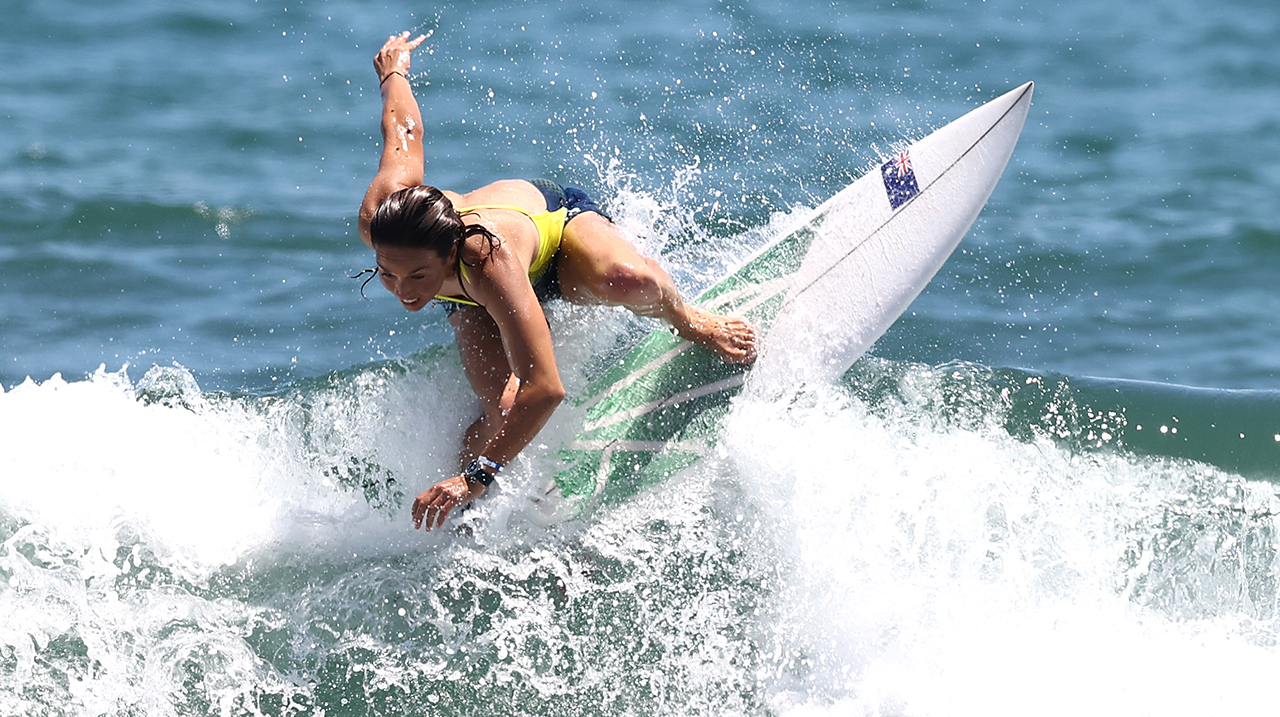 “Fitness is such an integral part of everything I do on tour. I love discovering new ways to move and challenge my body, to be stronger, fitter and more powerful in the water.”

The Nowra born surfer won her third WSG gold medal in El Salvador during the final Olympic qualifying event in June 2021. She became the first athlete to win a gold three times at the WSG. 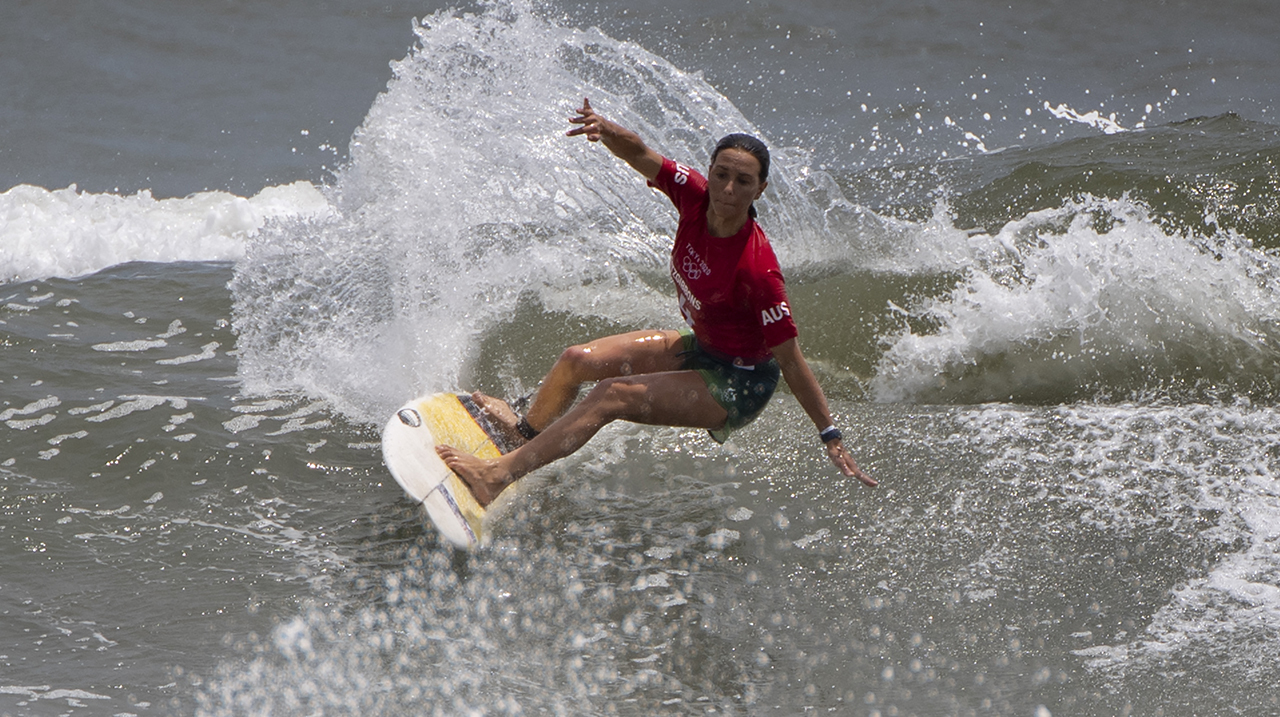 Once at Tokyo 2020 Sally advanced to the quarter-finals before being knocked out of the competition by Japan's home-beach-hero Amuro Tsuzuki.

“I’ve been on tour for 12 years now, and over time, the whole experience weaves this tapestry of wins and losses, highs and lows, that makes you the competitor that you are today.”

Sally is the author of two books: ‘Summer Fit All Year Round’, a fitness and food guide, and ‘The Surf Girl Handbook’ with information on getting started, oceanography and choosing the right equipment.

Want to have a go at Surfing, or find the nearest club to you?

END_OF_DOCUMENT_TOKEN_TO_BE_REPLACED

What's your favourite thing about surfing?
How did you go about turning a hobby into a career?
What is the biggest challenge you have faced?
Have you always been a competitive person?
MORE ON SALLY FITZGIBBONS