The Beijing 2022 Winter Olympics marks the first time Australia will be competing in Curling at the Olympic Games.

Dean Hewitt's father, Steve Hewitt, was part of the Australian Curling Team that competed at the Albertville 1992 Olympics when Curling was still a demonstration sport.

Curling was created in medieval Scotland, during the 1500s, on frozen ponds using any stones players could find. Nicknamed 'chess on ice' Curling is a sport that requires pace and strategy. It's a team sport where players strategise over each slide.

As one competitor sends the large 19.96kg granite stone down a marked sheet of ice, their teammates sweep their path. The objective of sweeping is to create a thin film of moisture between the stone and the ice to act as a lubricant. This makes the stone travel faster and makes it less likely to deviate from a straight line or curl. 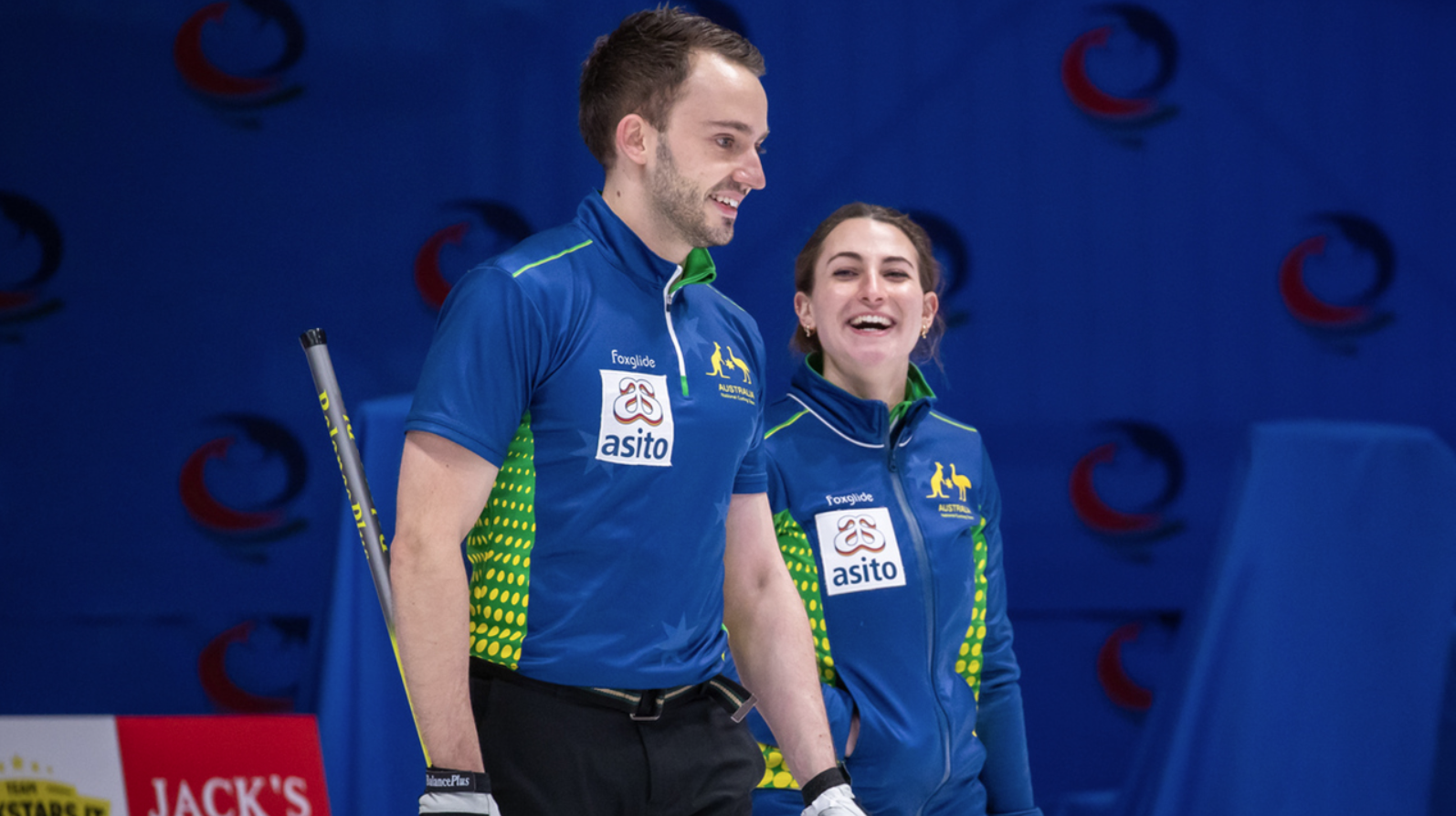 The first curling competition at the Winter Olympic Games was held at Chamonix in 1924.

After the Lake Placid Games in 1932, Curling was dropped as an Olympic sport for the next 50 years. It was then re-admitted as a demonstration sport at Calgary in 1988 and returned as an official Olympic sport at Nagano 1998.

In the three events – men's, women's and mixed doubles – all 10 teams compete against each other in a round robin. A game is made up of eight or 10 ends. The aim is to place the stone as close as possible to the centre, called the tee. Once an end finishes, the team that has one or more stones closest to the centre of the tee is awarded one point per stone. The team with the highest total score after all ends are played wins.

After the round robin, teams are ranked according to their win/loss record. The top four qualify to the semi-finals. In the semis, 1st plays 4th and 2nd plays 3rd. The semi-final winners go into the gold medal game, and the semi-final losers play in the bronze medal game.

A game is made up of 10 ends. Teams are made up of four players each which are called the lead, the second, the third and the skip (team captain). An end consists of each of the four team members playing two stones, alternately with the opponent's stones (for a total of eight stones per team).

A game is made up of eight ends. Prior to each end, one stone from each team is placed in a predetermined position. One player of the team delivers the first and last stone, and the other player delivers the second, third and fourth stones. 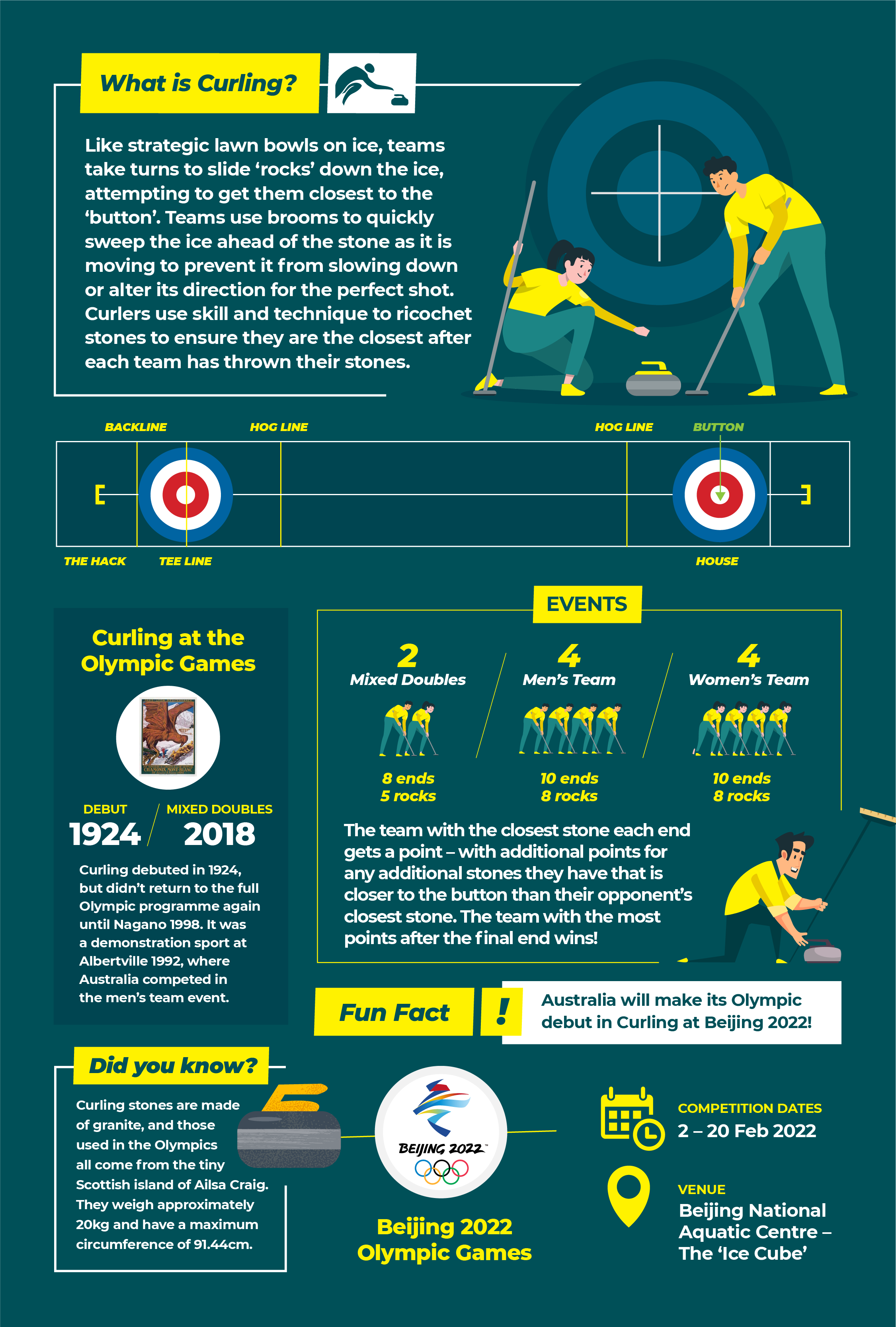 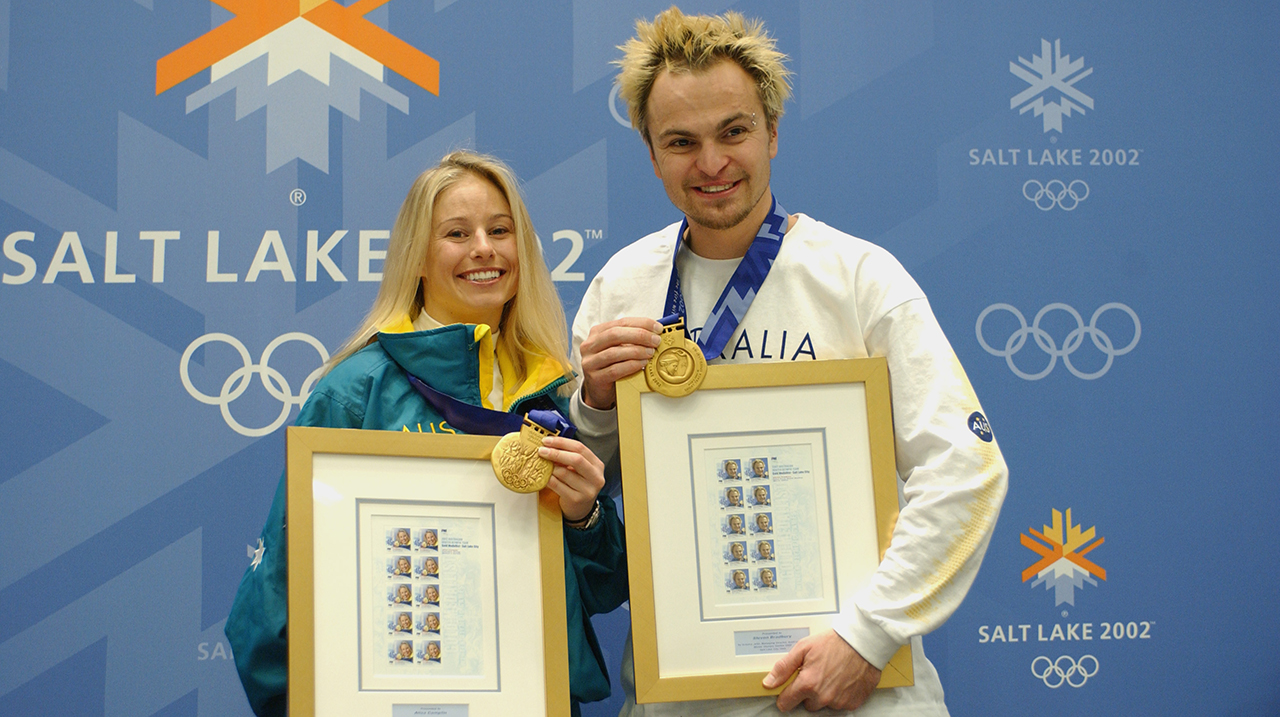