Triathlon came to Australia in the early 1980s after developing mainly on the West Coast of the USA in the early 1970s. The first triathlon was conducted in September 1974 in San Diego, Southern California.

Triathlon Australia became a founding member of the International Triathlon Union (ITU) upon its formation in April 1989 in Avignon France. The first ITU World Championships were also held in Avignon in August of that year.

Australian triathletes were successful almost from the start, with Greg Welch picking up the Elite Male World Championship title in Florida 1990. Miles Stewart followed up with a home town win in 1991 on the Gold Coast. In the female category, Michellie Jones won successive championships in Muskoka Canada in 1992 and Manchester in 1993, with Emma Carney taking out the 1994 title in Wellington.

Triathlon became a fully-fledged Olympic sport for men and women at Sydney 2000. 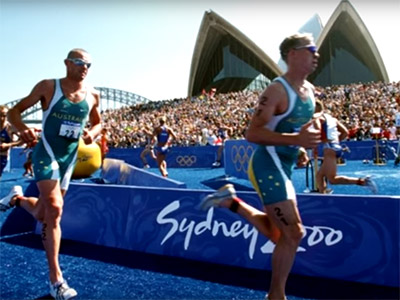 The women’s triathlon in Sydney was the first of the 300 events decided for the 2000 Games. Michellie Jones finished a close second behind Brigitte McMahon of Switzerland. In Athens 2004, Australia’s Loretta Harrop won the silver medal after being passed with just 400m left in the run. In Greece Greg Bennett finished fourth to just miss the podium.

In Beijing 2008, Emma Snowsill won Australia's first ever Olympic triathlon gold medal, taking out the women's event in true style after taking the lead in the run leg and never looking back. Teammate Emma Moffatt crossed the line in third place, winning bronze and continuing Australia’s dominance in women’s triathlon.

In one of the tightest triathlons in Olympic history, Australia’s Erin Densham produced an inspiring run to finish only two seconds off the gold medal to collect bronze in London’s iconic Hyde Park, with her teammate Emma Jackson eighth. Moffatt, who was also expected to challenge for the medals, came off her bike in slippery conditions around Buckingham Palace and was unable to continue racing. Courtney Atkinson was Australia's best men's finisher in 18th as British brothers Alistair and Jonathan Brownlee took gold and bronze on home soil. Fellow Aussies Brad Kahlefeldt and Brendan Sexton finished 32nd and 35th respectively.

The distances for the each leg of the Olympic triathlon are: 1500m open-water swim, 40km cycle and 10km run.

Both men’s and women’s events are capped at 50 qualified competitors. After a mass start for the swim leg, the race remains continuous, with no stop between the three legs. Changeovers - better known as transitions – are vital to the race strategy. The time taken to get in and out of gear and on and off the bike can have a huge impact on the race. The leading men will take approximately 1 hour and 45 mins and the women 1 hour 50 minutes depending on the course.

The Mixed Relay event will make it's Olympic debut at Tokyo 2020, and will consist of a 300m swim, 6.6km bike and 1km run. Teams will alternate female-male-female-male.

Equal prize money was set as a precedent at a World Championship level in 1989, with the men refusing to race unless the women were offered equal prize money to the men. 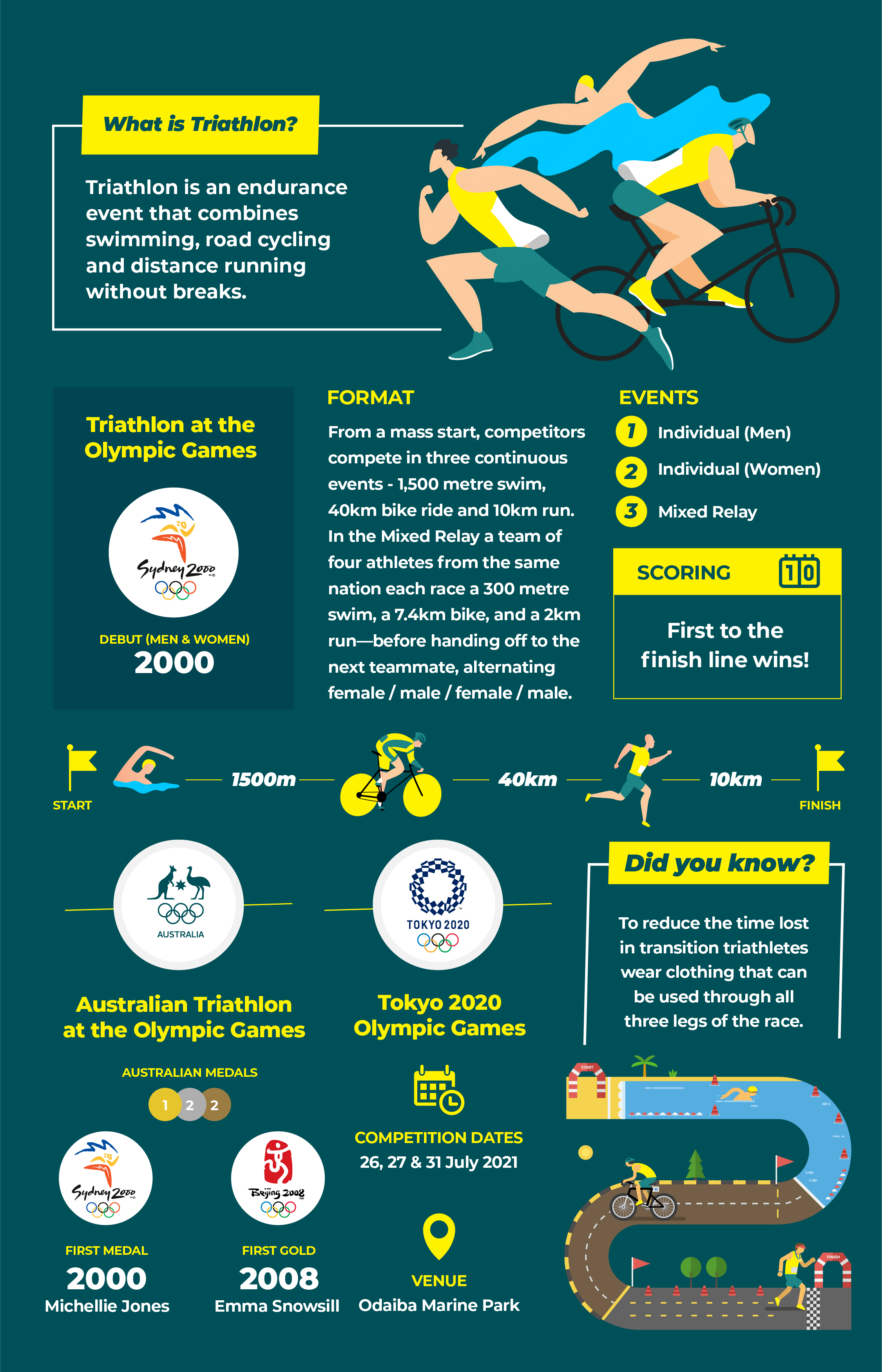 One Minute, One Sport | Triathlon