The AOC has selected END_OF_DOCUMENT_TOKEN_TO_BE_REPLACED to make his Olympic debut in short track speed skating at Beijing 2022.

The 24-year-old’s selection comes off his impressive first season competing in the World Cup, finishing the season ranked 11th in the world in the 1000m, highlighted by reaching his first A-final with a top five performance in the November World Cup meet in Dordrech, Netherlands.

The Canadian-born Australian will compete in both the 1000m and 500m events in Beijing, held at the Capital Indoor Stadium in Beijing, which also hosted the Volleyball competition at Beijing 2008.

The 1000m short track event is etched into Australian folklore with Stephen Bradbury’s iconic win 20 years ago. Australia hasn’t competed in the event since Vancouver 2010, with 2018 Australian Olympian Andy Jung contesting in the 500m and 1500m.

“Brendan has had an outstanding season, making a World Cup A-final and finishing the season ranked 11th in the world in just his first season is remarkable. 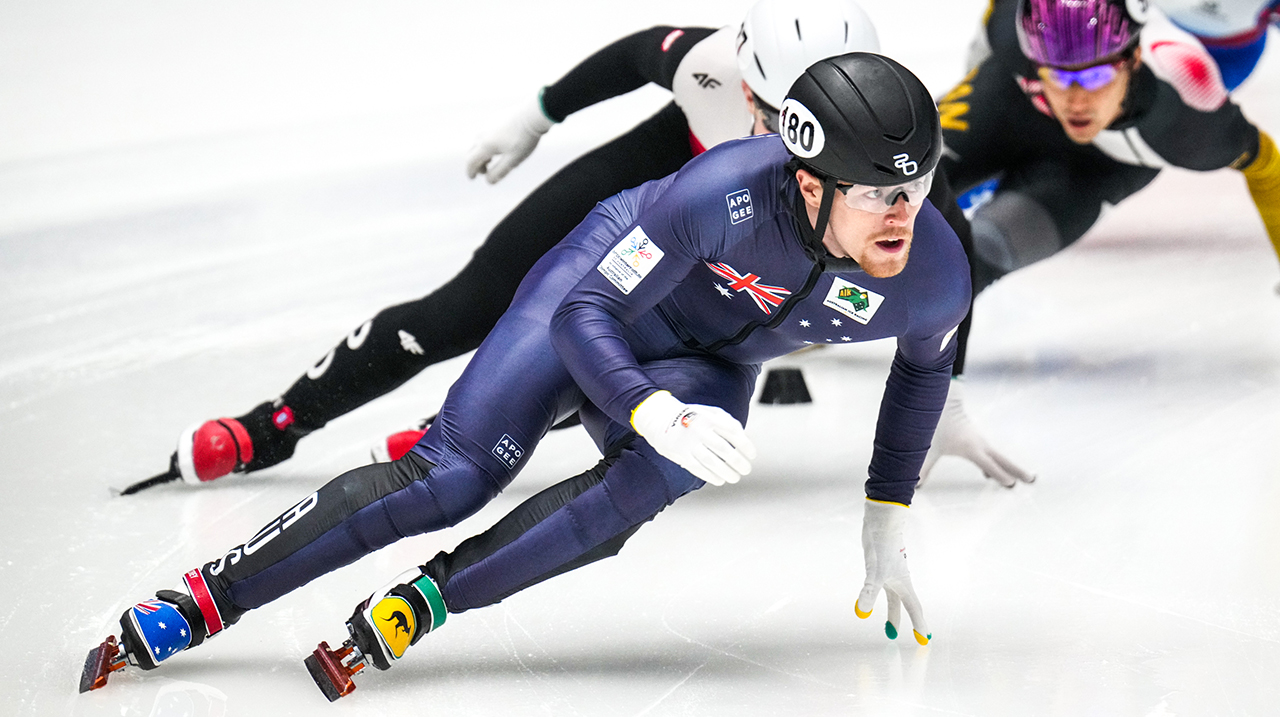 Corey is currently finalising his Olympic preparations in USA’s Salt Lake City, his training base since July 2021, after preparing in Melbourne and Sydney during the first half of the year.

Corey said today’s selection is the realisation of a lifelong dream.

“Since I was a little boy, when I first started skating, I always looked at to the Olympics as the goal,” Corey said. “Now I'm here it's a dream come true for me.

“Going into my first World Cup season in 2021, I just thought to myself, I'm the underdog going in. Having no pressure on me just let me focus, to stay relaxed, because I've been skating for so many years and just let me do my thing and I’m approaching Beijing the same way.

While Corey’s love of the sport as kindled growing up in Canada, he’s hoping his Olympic performance in Beijing can help inspire some young Australians to hit the ice.

“When I was young my father enrolled me in hockey, but after about a year or so I said, ‘Dad, I don't care where the puck is, I just want to skate fast’. We got into speed skating, and I loved it ever since. I started racing older kids, who were a foot taller than me - I got lots of experience chasing them down that helped me to improve quickly.

“I hope the Aussie fans really enjoy watching short track, it’s so exciting to watch - the speed the strategy, the tight turns and just the feeling of going fast. Hopefully I hope I can help inspire some young Aussies who are watching the Games to take up short track, it’s such a great sport.

“My mother grew up in Australia through grade school and university as well, before she met my dad in Canada on a university exchange and stayed. My grandparents are both dual citizens, and it’s been so nice to come back to that heritage and reconnect with my Australian side.

“My parents are just so happy for me, they’re definitely cheering on team Australia. They've known this is something I've wanted to accomplish since I was really young, for them see their little boy all grown up and now able to achieve his dreams, they’re very proud.”

“Brendan is a highly motivated and driven athlete who has worked very closely with not only the National Coach Richard Nizielski, but with the AIR Board to promote the sport of short track speed skating in and for Australia,” Anderson said.

“You only have to see Brendan’s recent results to know that his hard work and commitment to the program set by the National Coach came from a mutual trust between the two; both striving for success for Australia.

“We have deliberately chosen to keep Brendan’s preparation low key as it was his first world cup season and we didn’t want to put pressure on him to achieve results. I know that the only pressure put on Brendan to succeed was by Brendan himself.

“We know that Brendan is prepared to give back to the Australian speed skating community and he is just waiting for the opportunity to do so. Being selected for the 2022 Beijing Team is the first step, we hope, towards a strong future for Australia and Brendan’s skating career.”

The Short Track competition will run from 5-16 February at the Capital Indoor Stadium in Beijing. 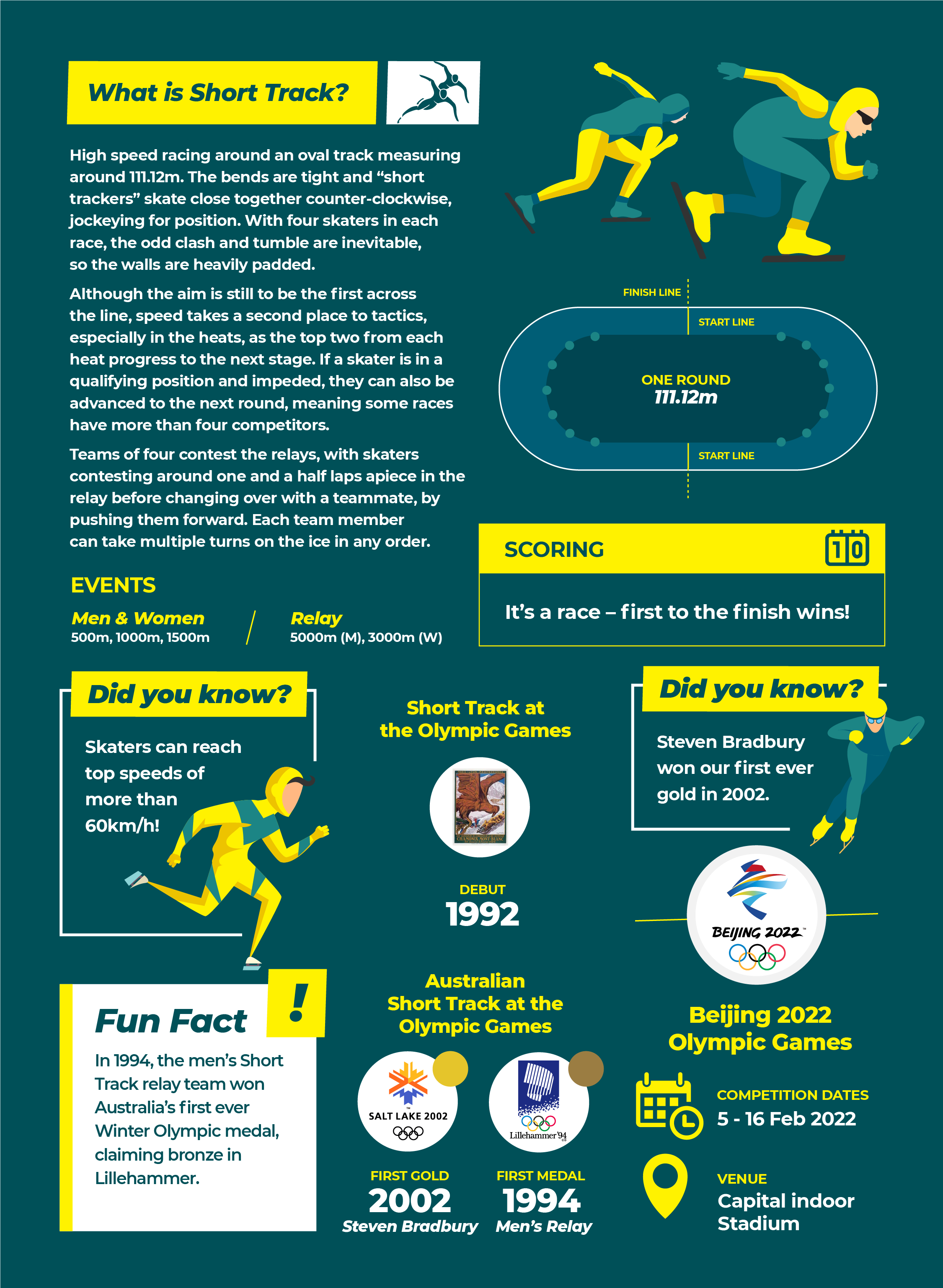 Share your 'Good Luck' message in support of the Team. Record a video or take a picture and END_OF_DOCUMENT_TOKEN_TO_BE_REPLACED or post on social media including the tags #ChasingWinter and @AUSOlympicTeam