Bernadette Wallace is following in her brother's footsteps, but her Olympic journey is unique and historic.

12 years ago, Bernadette's brother Ken made history when he became Australia's most successful male Olympian in Beijing, winning two gold medals in the K1 500 and 1000 events.

In 2020, Bernadette will become one of only two Australian women to compete in an Olympic canoe event, as the discipline debuts on the women's program at Tokyo.

My Jet Pack Josie 🚀@josephinebulmer.raywhite 🚀 I remember watching Josie race basically alone at the 2016 GP2 in Adelaide. I was standing in the car park about to go home with my neck taped up, and looked out to the course and saw her racing down her lane. I remember thinking, wow this girl has guts. To take a chance on swapping boats after being Junior National Champion in the kayak multiple times. I had a fair amount of respect for that, for challenging herself. I didn't imagine we would be partners one day but I'm so glad we are. Thank you for your patience, for your time, and your resilience 💪 you're so freakin funny and have kept it light for me when the game has been heavy. We are only getting better and thank you for leading the way here in Australia for people like me to join in the fun. Thank you to Cristi Florian our Coach who dreams the same dream and works just as hard for it. Thank you to Craig the wizard scientist S&C at SASI that got my noodle limbs ready for the challenge 💪Australian National Champions 2020 yewww 🚀🤙 Pic @jgrimages @auspaddleteam @paddle_australia @sa_sports_institute #JetpackJosie #JosieOG #danidevito #arnie #twins #icfsprint #tokyotogether

Ken's influence sparked Bernadette's interest in kayaking as she envied his overseas adventures. She would drive her brother to the airport and wanted the same experience for herself.

Despite a full roster of sports including swimming, surf lifesaving and figure skating, Bernadette found time to get along to a nearby creek and try kayaking.

The friendships she formed kept her going in the early days, but the results were also a driving force. In 2013, Bernadette won world cup medals in the K1 5000 and K2 1000 with Olympian Naomi Flood.

Wallace's bid to make the Rio Olympics in 2016 was cut short due to a cancer scare. Weeks before the selection trials she was diagnosed with melanoma following the removal of a lump on her neck.

With a new outlook, Wallace accepted a coaching position in Canada. She began canoeing to keep up with her young squad.

At the age of 27, Wallace achieved her biggest personal and sporting achievement when she returned to the sport in a different class of boat, while coaching in Canada.

Wallace started to prepare for an Olympics tilt. She returned from Canada and relocated to South Australia to base with paddle partner Josephine Bulmer. 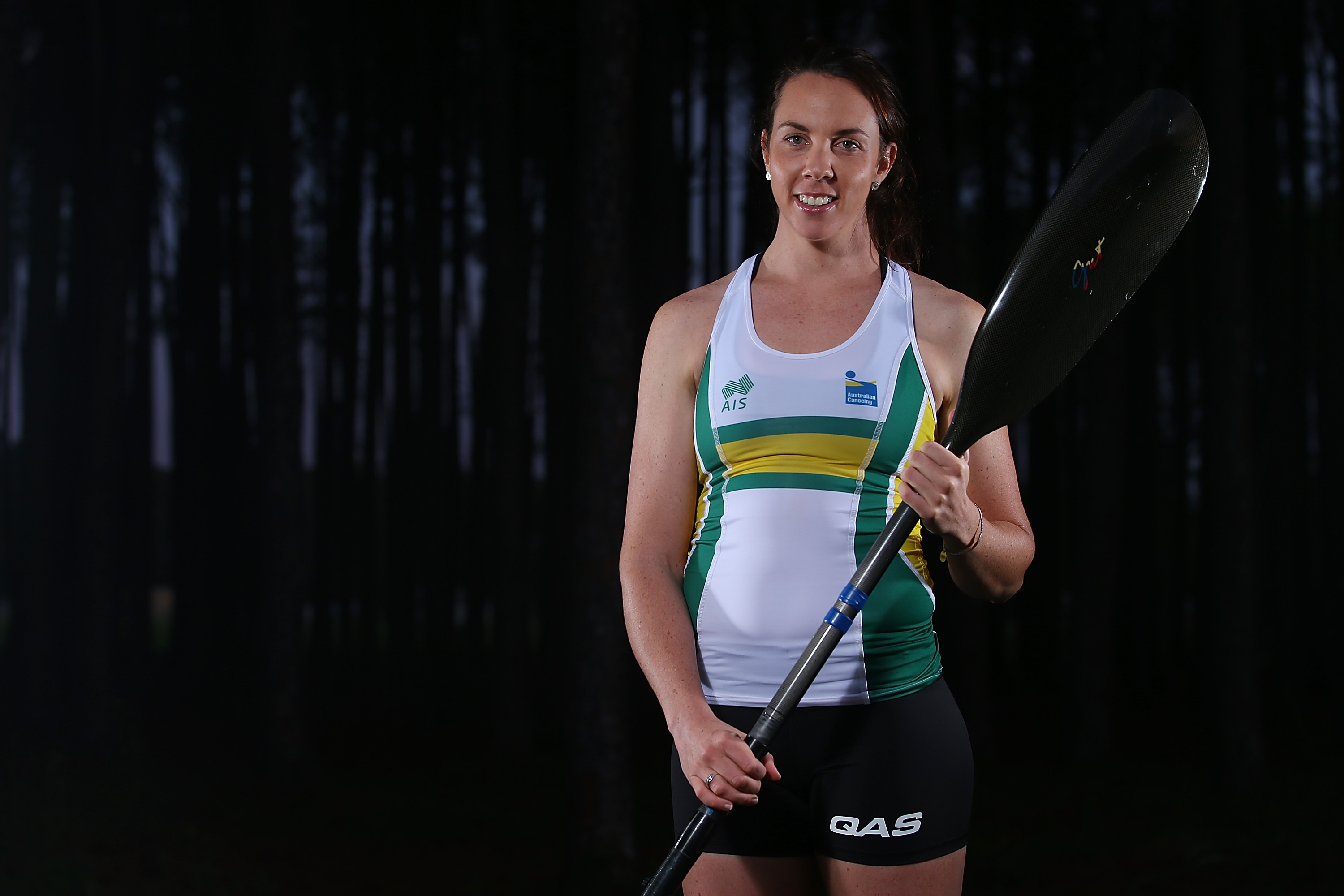 END_OF_DOCUMENT_TOKEN_TO_BE_REPLACED

When did you start competing in your sport and why?
What is a fun fact about you?
What advice would you give to your younger self?
Who was your most influential coach?
MORE ON BERNADETTE WALLACE

Great things happen when you #HaveAGo