Elise Collier only started shooting in 2017 upon the recommendation of her father.

Growing up in country Victoria, Collier was more accustomed to spending time outdoors hiking and mountain biking than at a shooting range.

Following her father's advice, Collier gave shooting a go and joined the Frankston Peninsula Target Rifle Club and enjoyed that her new sport presented a level playing field saying, "the idea that you can compete against anyone irrespective of gender or age was appealing to me."

Collier quickly climbed the rankings and she was selected to represent Australia at the 2019 Oceania Championships. She impressed on debut winning two silver medals in the 10 metres Air Rifle and 50m 3 Position.

Collier was ranked second before Australia's final Olympic selection trial and was an outside chance at winning the spot from fellow young gun and Buenos Aires 2018 Youth Olympian Victoria Rossiter.

In the match of her career, Collier produced the best qualifying score of the season and set a new Australian record in both qualification and the final on her way to winning gold and a ticket to Tokyo.

END_OF_DOCUMENT_TOKEN_TO_BE_REPLACED 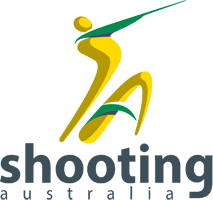