Elizabeth ‘Liz' Cambage was born in London, and at only a few months old she moved to Australia with her mother.

At nine years of age her mother introduced her to basketball although she was said to be more of an arty child, who loved drawing and writing.

It was only when Cambage joined the AIS that she decided basketball was what she wanted to pursue as a career. From there Cambage began to excel, displaying elite skill and agility that when paired with her 2.03m muscular frame, became almost impossible to match.

At only 16 Cambage was playing professionally within Australia. By 18 she was averaging 22.3 points per game, leading the WNBL points score.

Cambage made her senior debut for Australia off the bench in 2009, but rapidly soared into the Opals' starting line-up. At the age of 18 Cambage was Australia's leading point scorer at 2010 World Championships where the Opals finished fifth. She also won the WNBL title in 2010-2011, and was named MVP.

Cambage was selected as the second pick in the 2011 NBA draft, and impressed in her rookie year season with the Tulsa shock.

Her WNBA campaigns have been with teams such as Tulsa Shock, Dallas Wings, and Las Vegas Aces.

In the American competition she has led the scoring averages, breaking records for most points in a 10-game stretch in 2018, with 309, and for most points scored in a game after a 53 point game in 2018.

Cambage was selected for her debut Games at London 2012. In Australia's crucial preliminary game against Russia, Cambage landed a slam dunk, which set the stadium alight. Cambage is regarded as the first ever woman to dunk at an Olympic Games, and the moment inspired the Aussies to a 70-66 victory.

After defeating China in the quarterfinals, (75-60), where Cambage top scored again (17 points), the Aussies faced the USA earlier than expected for a berth in the gold medal match. As they had done in three previous Olympic campaigns, the world number one USA team beat the Australians, (86-73) and went on to take gold over the French. 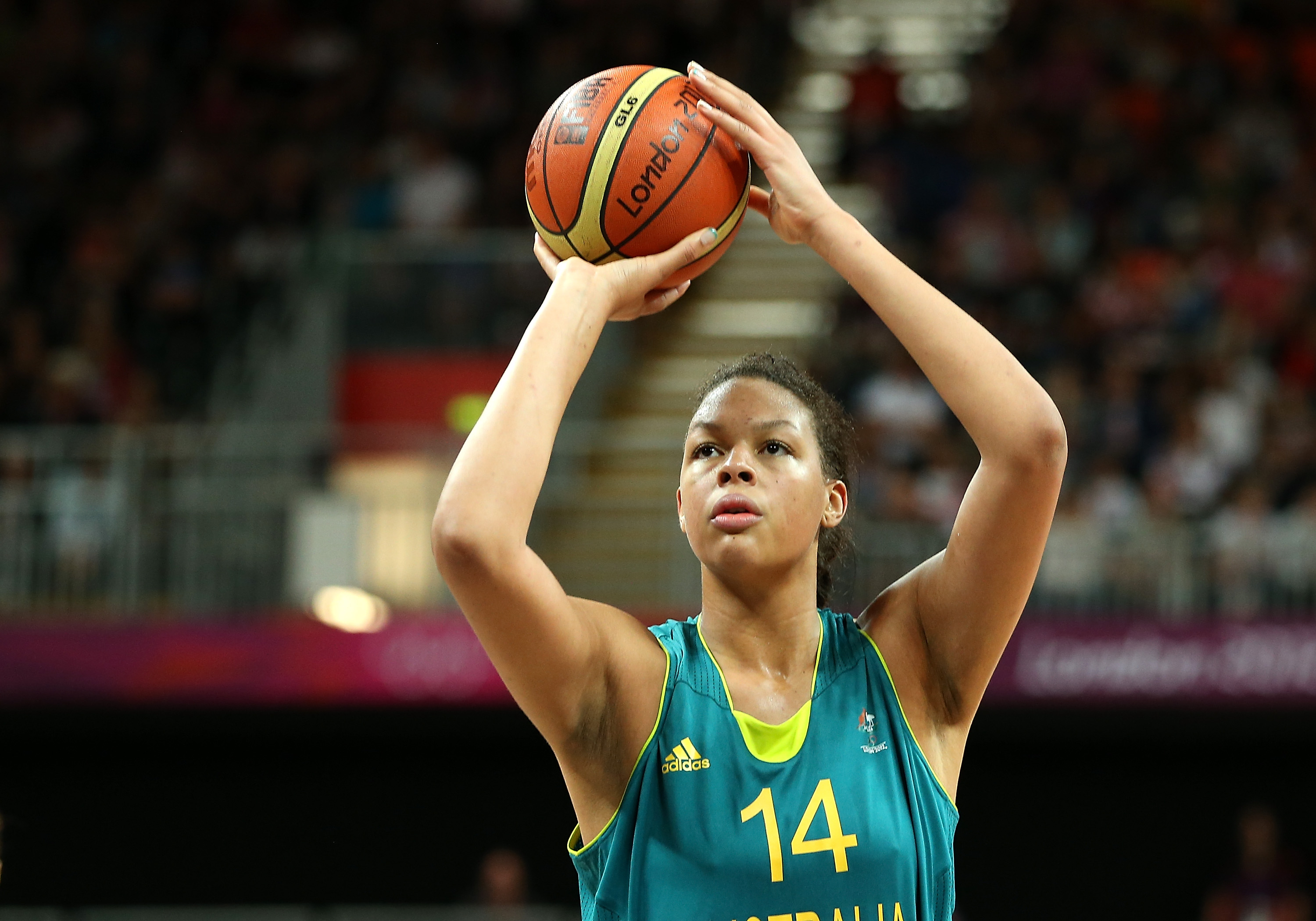 Following London she headed to China, where she averaged 30 points and 11 rebounds. After limited time in the green and gold due to injuries, Cambage returned to Australia for the lead up to the Rio 2016 Games, where she was a standout performer.

Australia lined up against hosts Brazil in their opening match of Rio 2016, and after being down ten in the first quarter the side fought back to secure an 18-point win. A close win over Turkey was followed up with another dominant 18-point victory over France. Down by 16, early in the fourth quarter, Cambage scored 17 points in the final eight minutes to lead Australia to a 92-86 win over Japan. 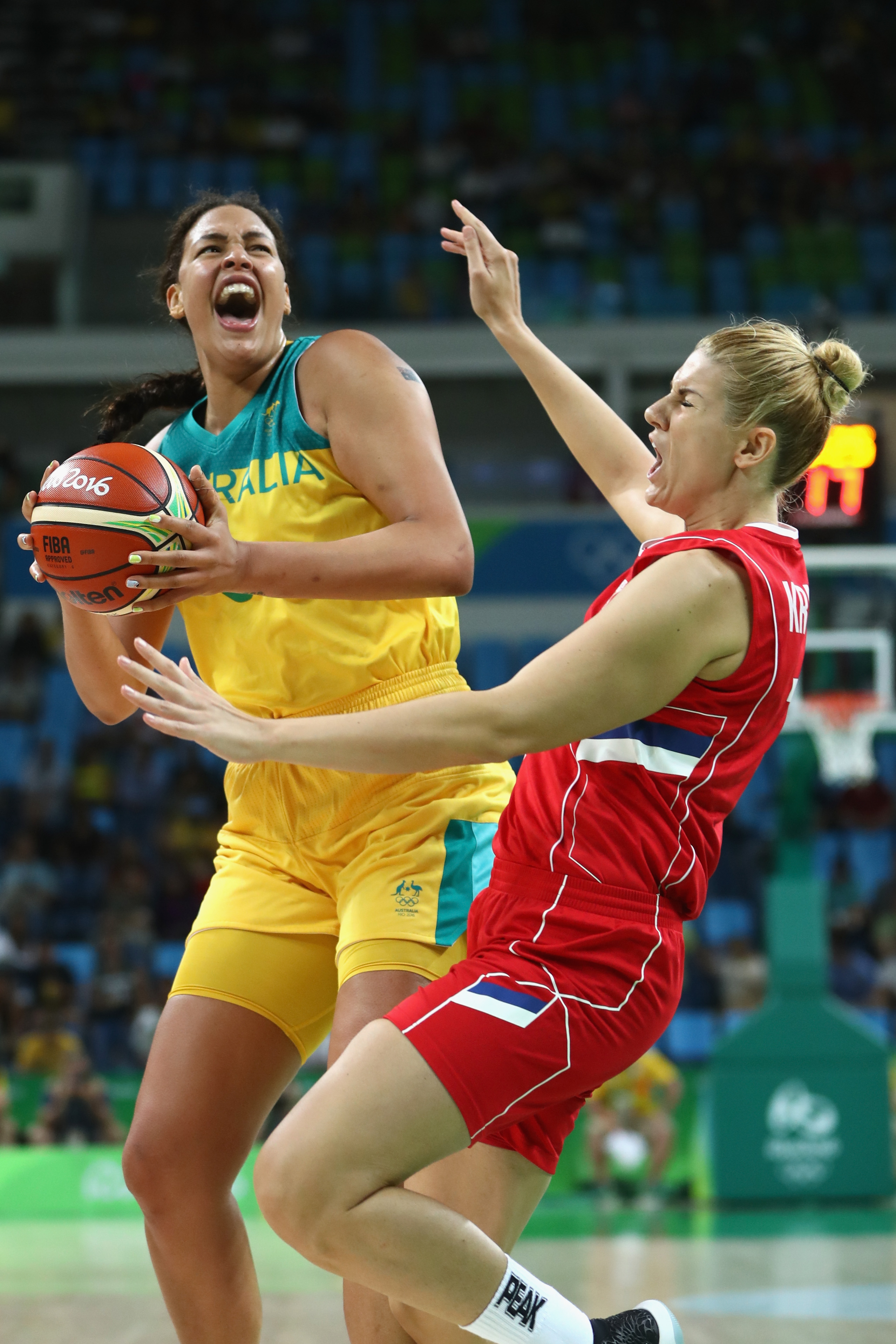 Australia were later knocked out in the quarter finals, going down 73-71 to Serbia.

At Rio 2016, Cambage averaged 23.5 points and 10.3 rebounds in just under 24 minutes a match. Her dominance saw her lead the entire tournament in overall points scored (141) and points averaged, while she finished second in rebounds average. 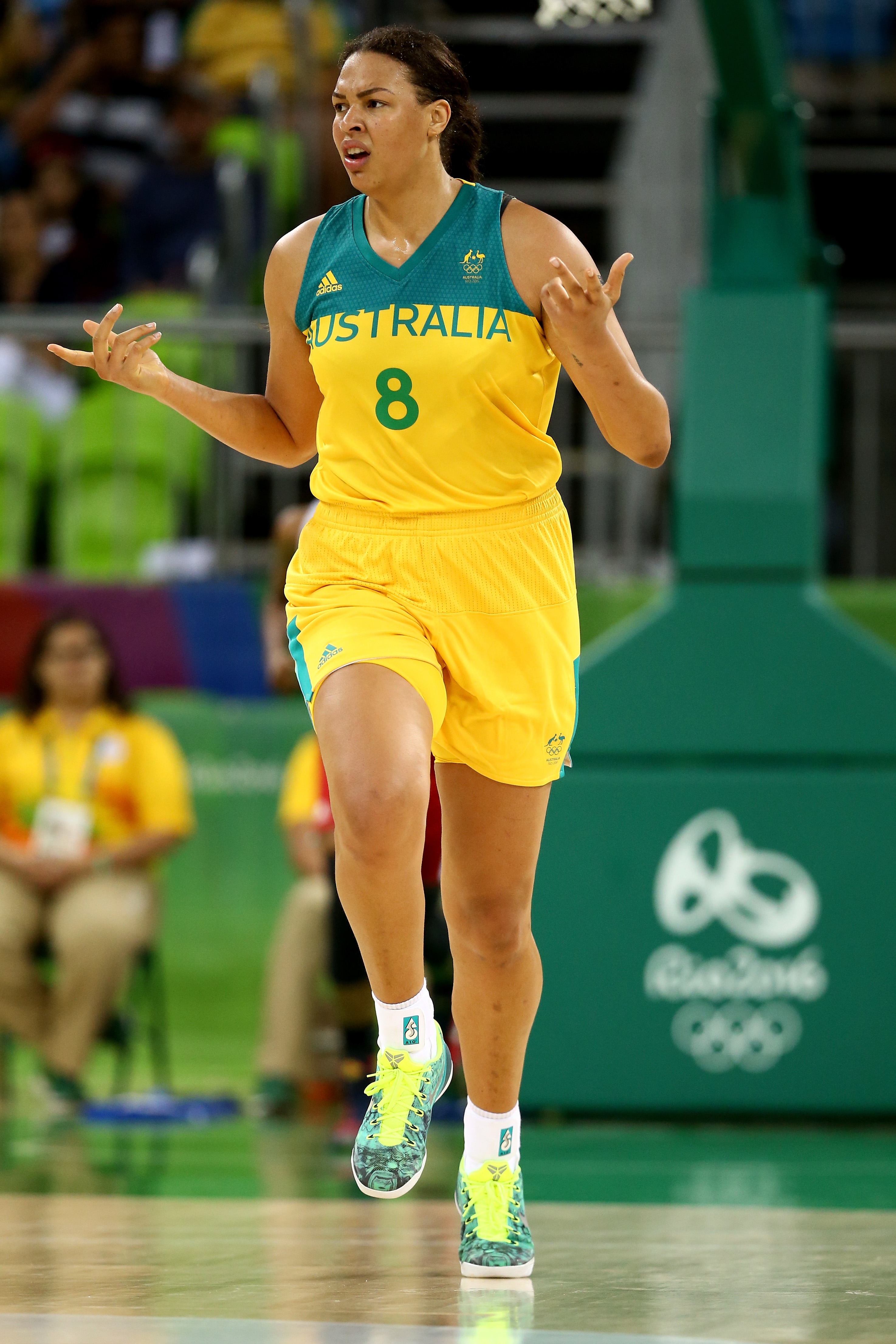 On home soil at the 2018 Commonwealth Games on the Gold Coast, Cambage led Australia through an undefeated tournament to take gold against England in the final.

Later in 2018 at the FIBA World Championships, Australia won the silver medal, achieving their second best result in the 65-year history of the tournament. Cambage was even better than her dominate performance at the Rio Olympics, averaging 23.8 points and 10.5 rebounds per match as the tournament's highest points score with 143.   She was named in FIBA's World Championships All-Star Five.