In his mid-teens, Perth sailor Matt Wearn faced a predicament. Drafted into the West Perth AFL Development Squad, he was on the classic pathway to playing top level Aussie Rules.

The youngest of three children, Wearn was raised in a sailing family, a sport he was introduced to at age four, but as his talent in both sports grew, it became apparent that playing both top-tier AFL and pursuing an elite sailing career wasn’t possible.

The naturally gifted sportsman had a choice to make.

“Having to choose between a promising career in two sports is a blessing but it’s also challenging, especially when you’re in your mid-teens, which is about the age these sorts of dilemmas tend to come up,” said Wearn.

But now, a world champion and about to make his Olympic debut at Tokyo 2020, Wearn is confident he made the right choice calling it “A decision I’ve never regretted.”

Wearn’s sailing journey started as a toddler, when he would spend time with his family at the Royal Perth Yacht Club. Wanting to follow in the footsteps of his older sister Kate, Wearn asked his parents if he could do a sailing course.

A few years later, the young sailor started out in the Optimist class boat, sailed for a while in the 420 boat and then found his niche in the Laser class.

“It was when I cracked the top-10 at the Worlds in Oman in 2013 that I realized that I might be able to compete for the World Championship crown,” Wearn said.

As he progressed from junior to senior, Wearn graduated to the Olympic class Laser Standard sailboat and his growing skill didn’t go unnoticed. Wearn began working with a leading Australian sailing coach and Sydney 2000 bronze medallist, Michael Blackburn, who would also guide Tom Burton to gold at Rio 2016.

But it was not plain sailing for Wearn, who missed national team selection in 2014.

“That mentally set me back a lot,” he said of missing out.

“I had to regroup and come with a new approach, but it helped my sailing in the long run.”

The following year he upped the ante winning silver and was later named the Sailing Australia Male Sailor of The Year.

Wearn has enjoyed a momentous 2019 collecting the Laser European Championship title and silver at the world championships. 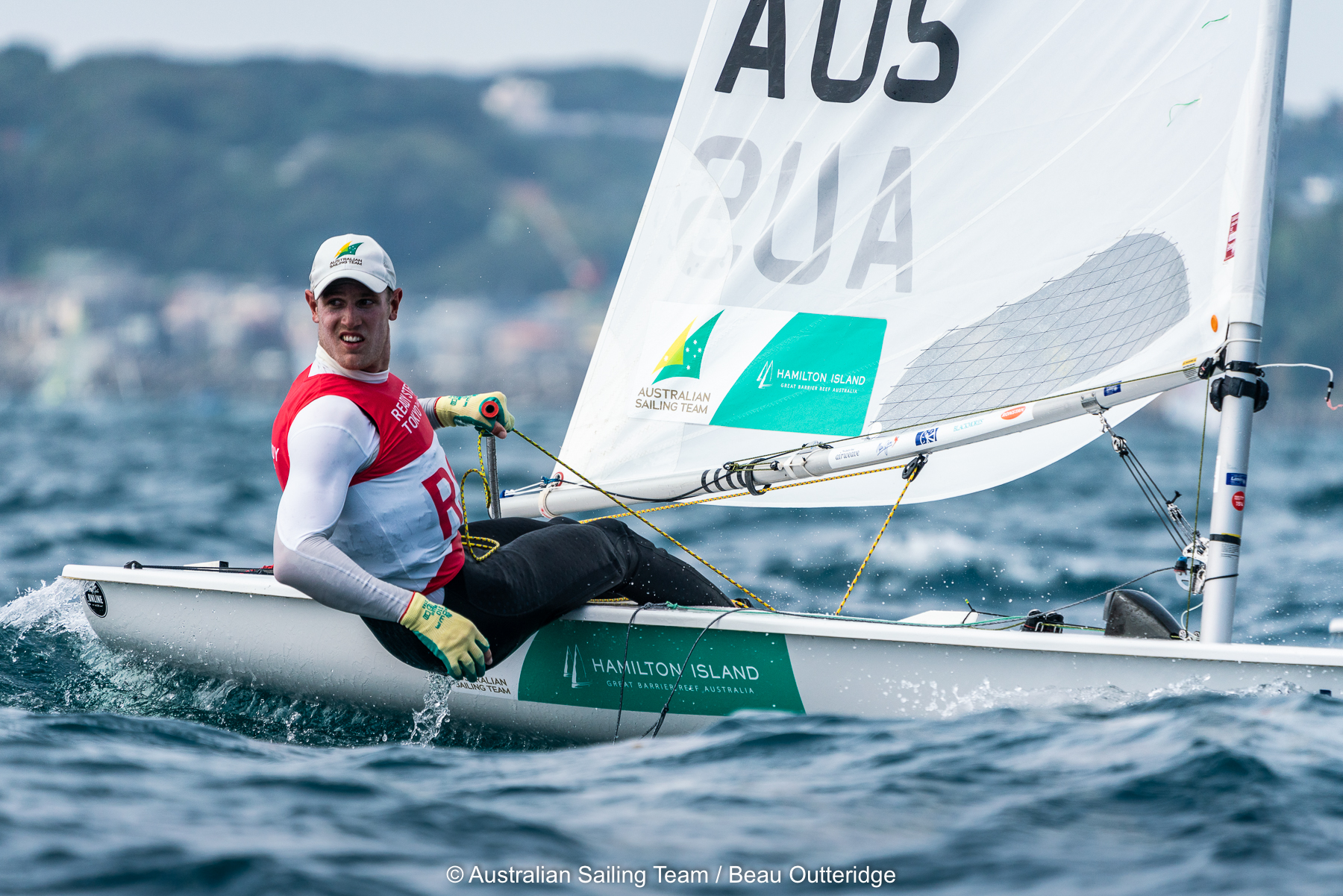 END_OF_DOCUMENT_TOKEN_TO_BE_REPLACED

Why sailing?
Hobbies away from Sailing?
Most influential person in my career & life?
Biggest inspiration?
Best piece of advice?