Growing up Ryan Tyack was an avid gamer, spending his days in front of the screen playing archery or fencing games.

It was an intervention from his mum, Lynette, that led Ryan away from the make-believe and into the real world of Archery.

Born in Nambour, Ryan started archery in 2000 as a nine-year-old and went on to make his junior debut in 2003. He was without a coach for his first Youth National Championships, so on short notice, his mum learnt how to repair his equipment and stepped in as coach.

Lynette did such a good job she officially took over the coaching reigns in 2004 and has remained Ryan's coach ever since.

On this day 9 years ago Ricci, Taylor and I won the team world youth championship in Turkey.

As a teenager he represented Australia at the 2005 and 2009 Australian Youth Olympic Festivals and won team gold at the 2008 World Youth Championships alongside END_OF_DOCUMENT_TOKEN_TO_BE_REPLACED and it was this performance that earned him a spot as reserve for Australia's Beijing 2008 Olympic Team.

Ryan's goal was to represent Australia in London 2012, and after winning silver at the Youth World Championships in 2011 he looked on track to do so, but Australia only qualified one spot for London 2012 which was awarded to Taylor.

Ryan was not deterred and finally on his third attempt he made the Rio 2016 Australian Olympic Team, also making Olympic history for his country. At Rio 2016 the team of END_OF_DOCUMENT_TOKEN_TO_BE_REPLACED , Taylor and Ryan became Australia’s first-ever medal winning archery team when they won bronze. 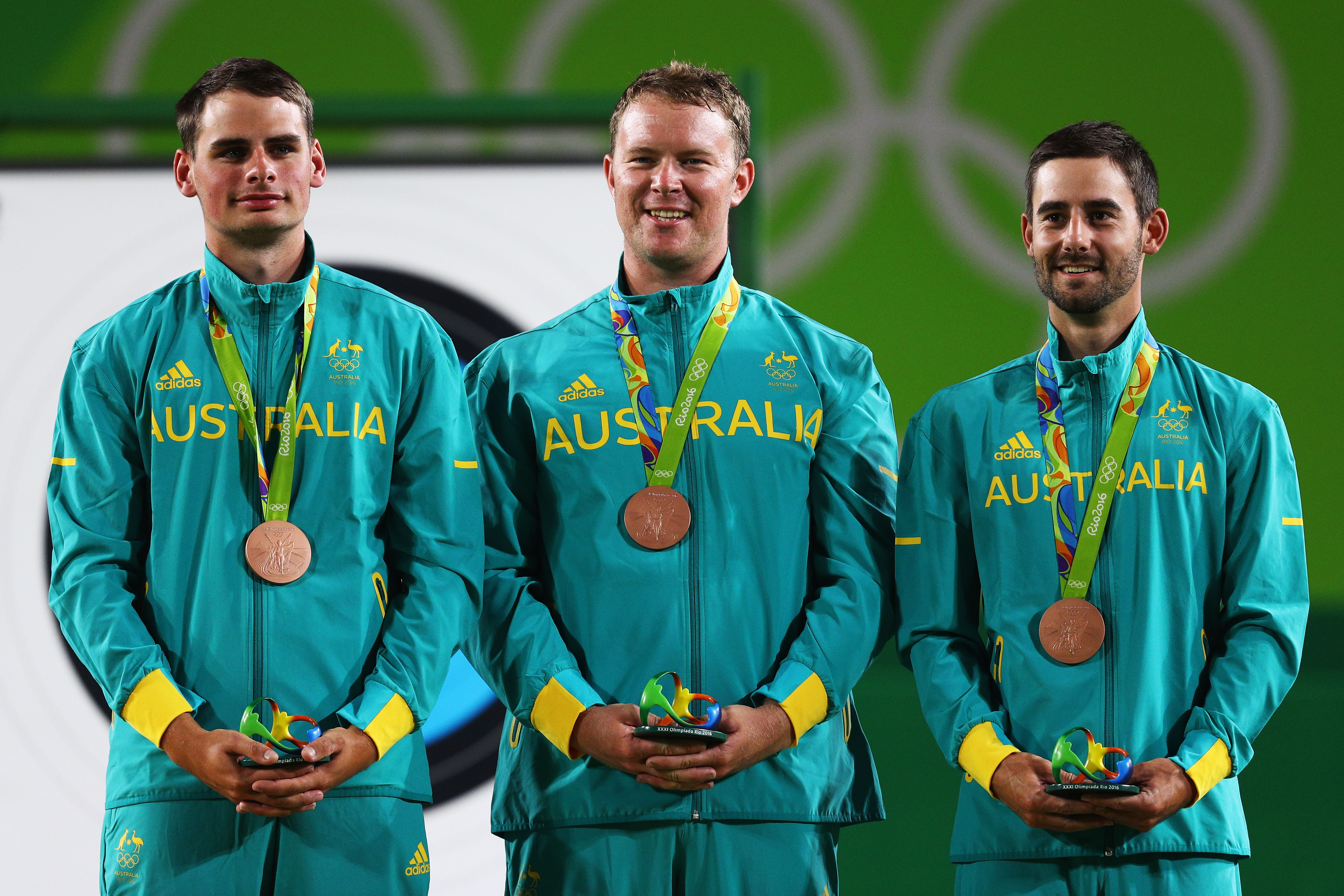 Ryan in the individual event scored the 23rd highest ranking round score with 665 to see him take on Robin Ramaekers of Belgium.

After taking the first set, he went down 6-2 to exit in the first round.

Since Rio Ryan became the only archer ever to win four consecutive Australian Open titles, he also won World Cup bronze and silver in 2018 and 2019 respectively.

Ready for his second Olympics, Ryan started with the men's team event alongside END_OF_DOCUMENT_TOKEN_TO_BE_REPLACED and Taylor. 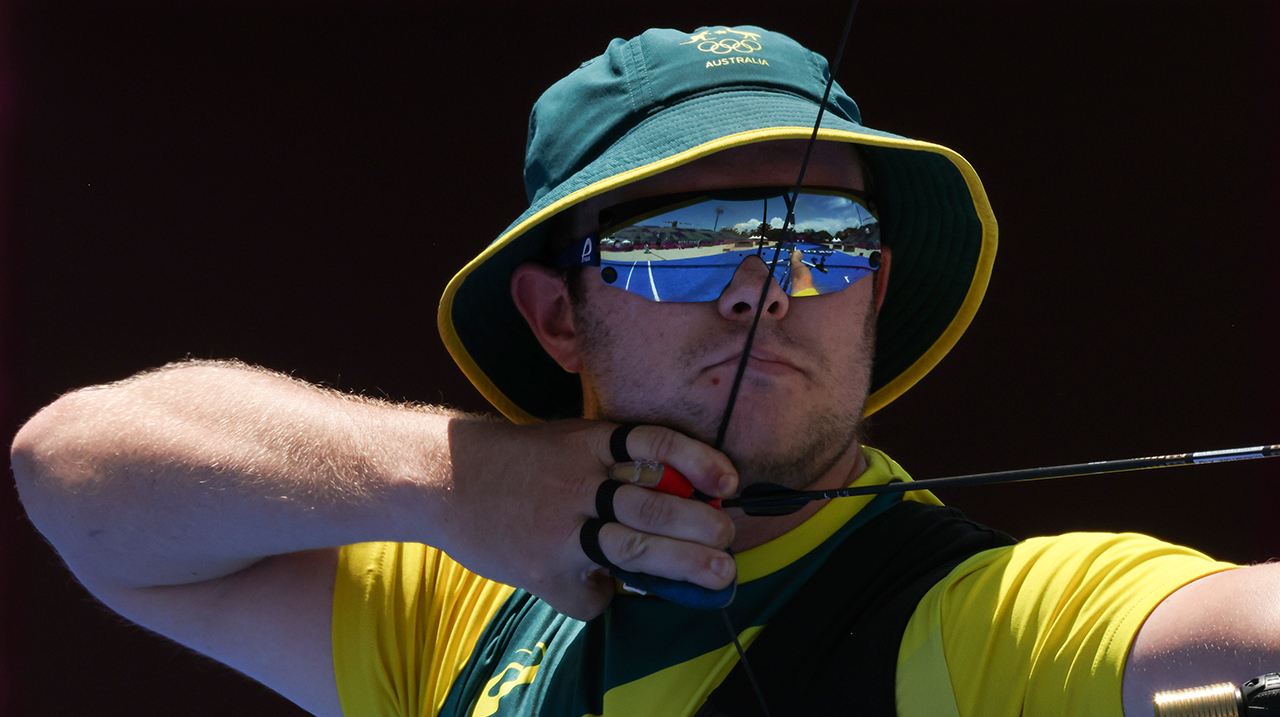 They started brilliantly in the first set to score 58 points and take an early lead 2-0 over Chinese Taipei. However the match came down to a deciding shoot-off which Chinese Taipei won by one point, and they went on to become the silver medallists.

In the men's individual competition Ryan finished 17th after being eliminated in the 1/8 round. 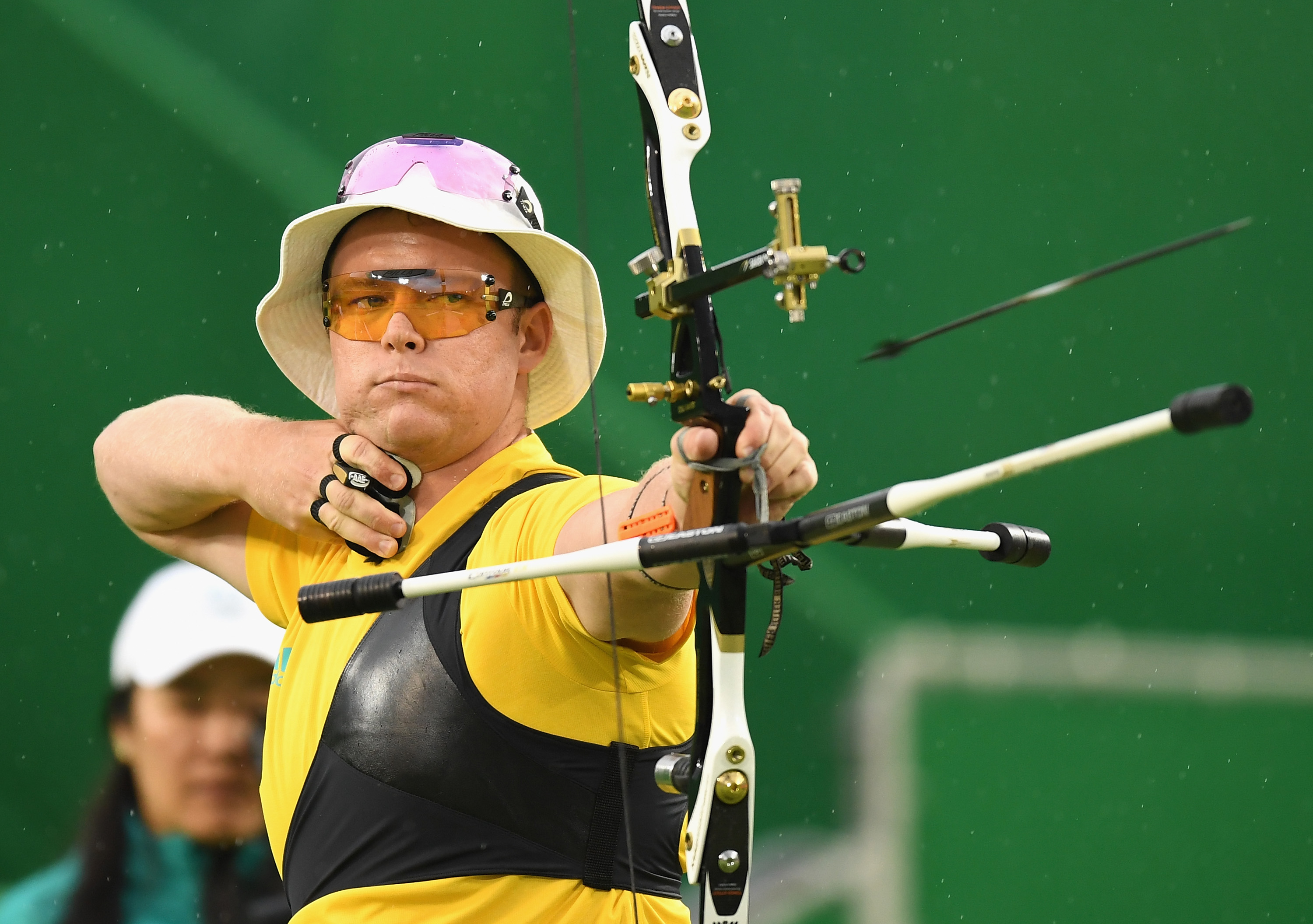 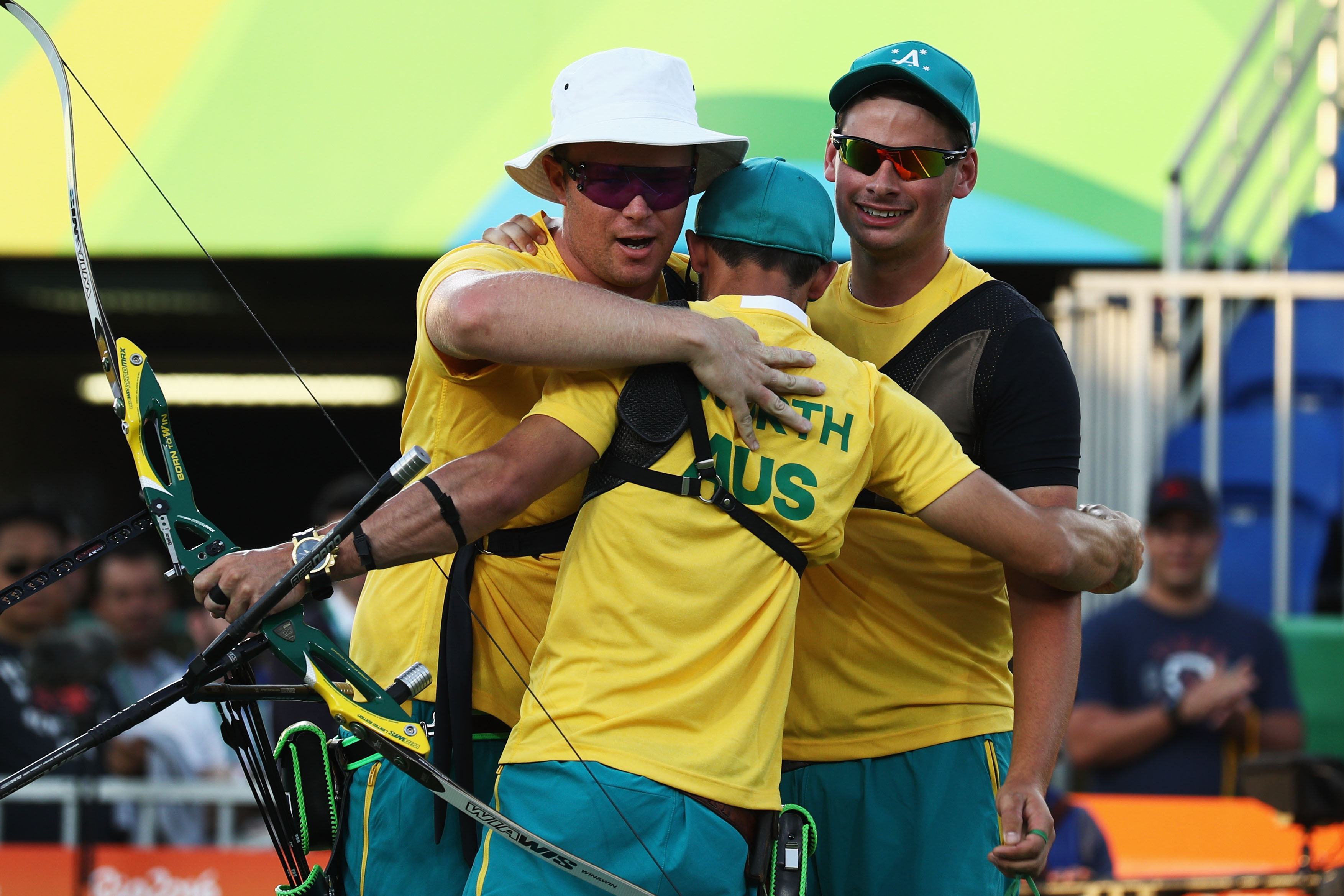 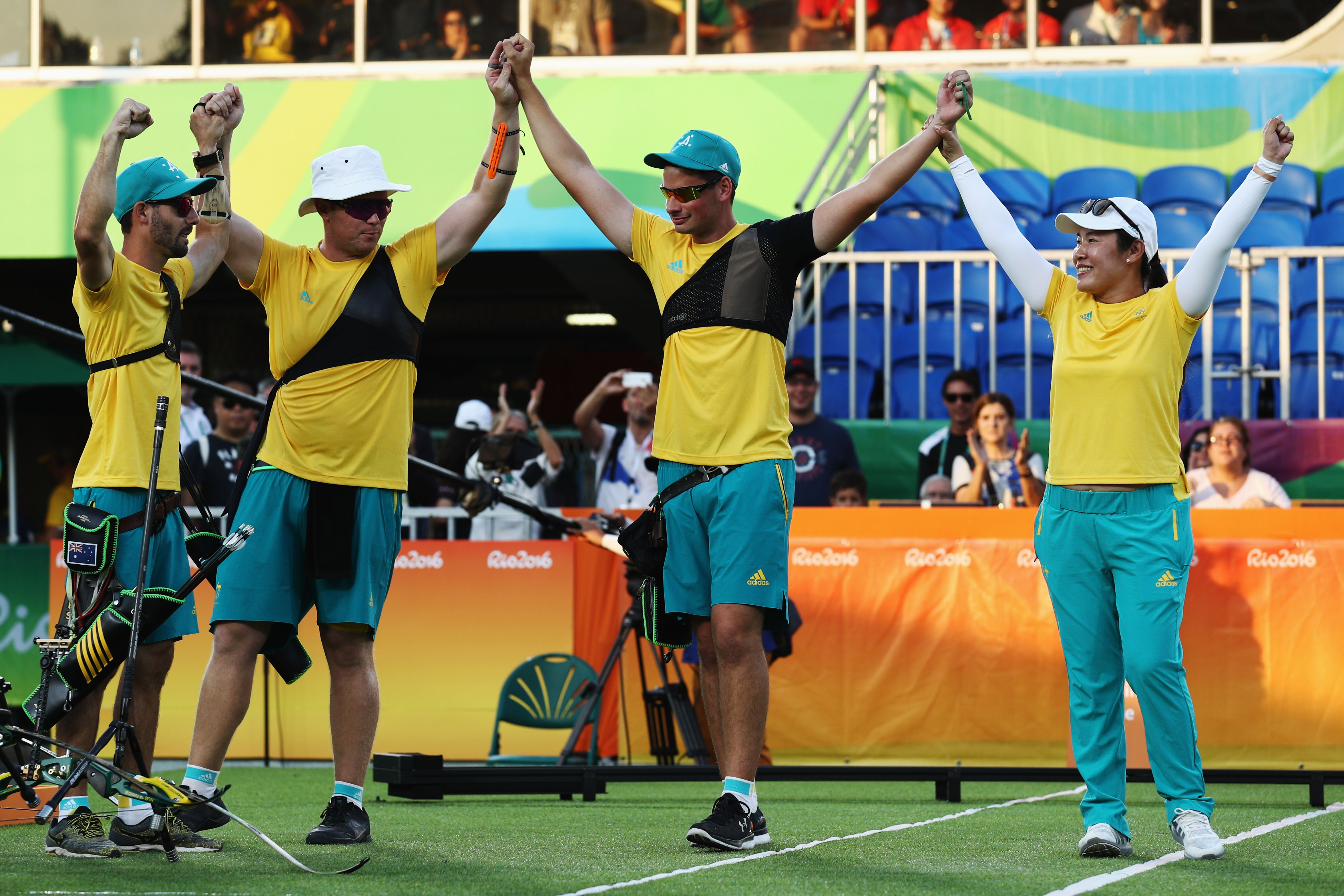 Want to have a go at Archery, or find the nearest club to you?

END_OF_DOCUMENT_TOKEN_TO_BE_REPLACED

What was your first junior club?
What is a fact about you that not many people know?
Who has been the most influential person of your career?
What do you love most about Archery?
MORE ON RYAN TYACK