Runners Jessica Hull (5000m), Stewart McSweyn (5000m and 10000m) and racewalker Jemima Montag will make their Olympic debut in Tokyo, with Barber and Bird-Smith returning for their second Games.

Hull, Montag, McSweyn and Bird-Smith are all current national champions, winning their titles at national championships held before any COVID-19 event cancellations, while Barber won her javelin world title in Doha in October 2019.

As national and world champions who have achieved a Tokyo 2020 qualifying result, the five athletes qualified for auto-nomination to the AOC under the Athletics Australia nomination criteria and were officially selected to the Team today.

"Congratulations to these five athletes on earning their spot on the Team for the Tokyo Games," Mr Chesterman said.

"Each of them has shown what outstanding athletes they are, and we are excited to add our five track and field athletes to the Team, as athletics is always such an important part of every Games.

"Having moved beyond the original dates of Tokyo 2020 the full focus moves to being ready for 23 July next year. On being told of their selection all five athletes have been positive that they can focus fully on the challenge ahead, to allow them to be at their best for the Games.

"This is a challenging time for athletes and sports across the world, but this is a day to celebrate for the athletes, their families, coaches, supporters, friends and the athletics community who have helped them reach this milestone.

"I also want to thank Athletics Australia for its work with athletes from the community level to the champions named to the Olympic Team for Tokyo today."

Canberran 28-year-old Barber was ecstatic to lock in her selection for Tokyo.

"It's a wonderful feeling, it makes the Games feel real again," Barber said. "It's been my motivation since Rio to get back to an Olympic stadium – it's something now I can set up the plan and start working towards it.

"I'm really excited to wear the green and gold at another Olympics and show what I can do. After winning the World Championships last year, and having that feeling of celebrating all the hard work you do day in and day out - it's going to mean so much to me to be in Tokyo next year. 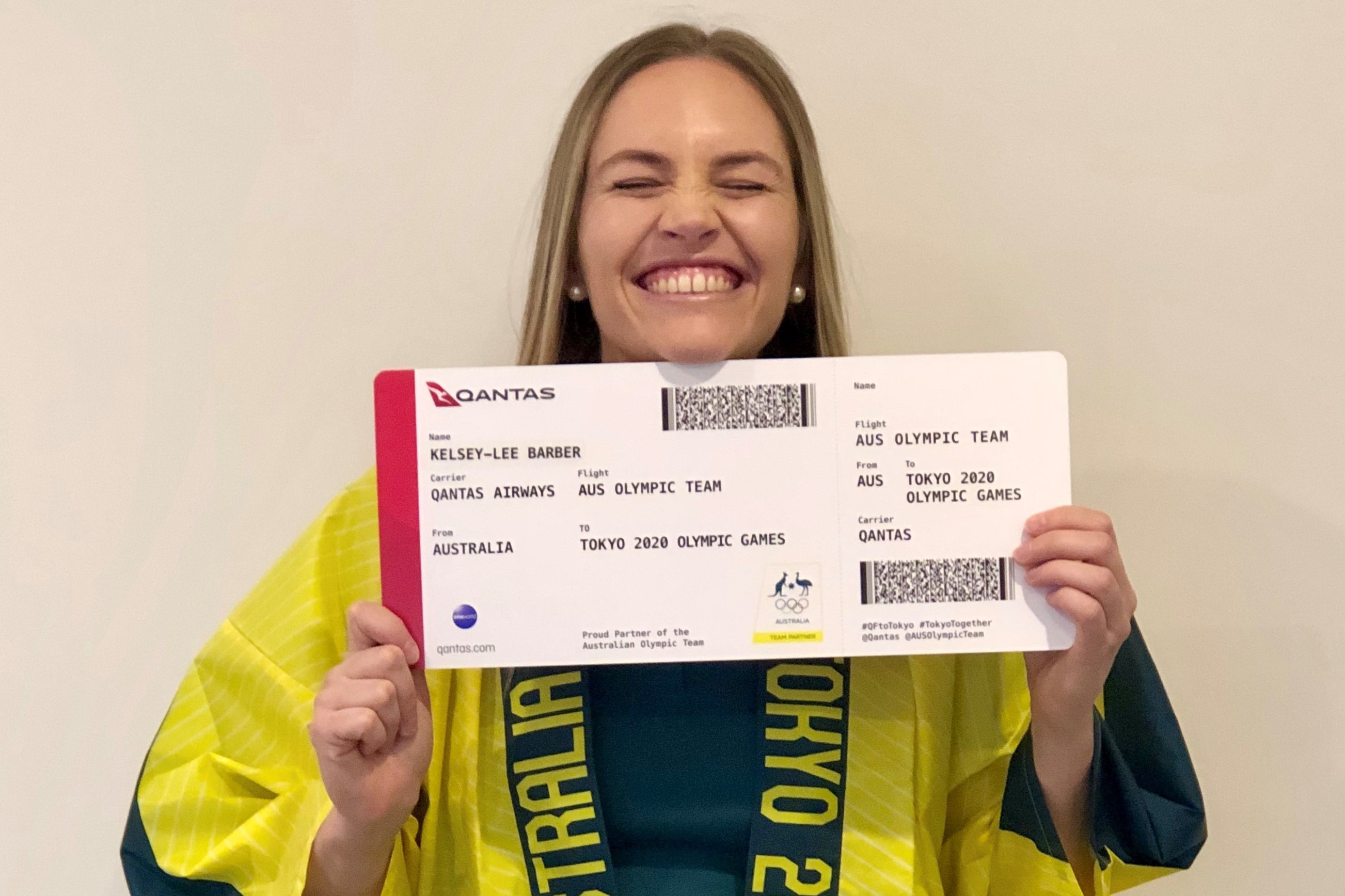 "I'm missing competing, but I'm using that to remind myself of what it will feel like to be back in that Olympic arena.  All the energy and excitement that comes from that is going to fuel my training in the coming months and I'm so looking forward to getting back and competing all in preparation for that big day next year."

The long layoff from international competition hasn't slowed down Jessica Hull, with the 23-year-old selected for her Olympic debut just a week after breaking the national 5000m record that has stood since 2002, running 14.43.8 in her first race back at the Monaco Diamond League event last Friday.

"It gives me goosebumps to think about Tokyo," Hull said. "While we have to wait another year, it will increase the buildup and heighten the emotion, we're going to be so happy when we get out there. It's a childhood dream and now I know I'll be there in Tokyo."

On breaking a record that has stood since she was just five years old, Hull showed the power of finding comfort in discomfort to push past your own boundaries.

"The biggest thing the past few months has showed me – through lockdown and quarantine, treadmill runs to just doing your part to stop the spread – we can achieve a lot more than we think we can. I was so lucky to have a lot of people around me back home who were willing to help out.

"It's the culmination of so much consistent hard work and continual belief that eventually there'll be a chance to showcase what I'm doing in training. This is the opportunity I've been waiting for and I'm not going to waste it." 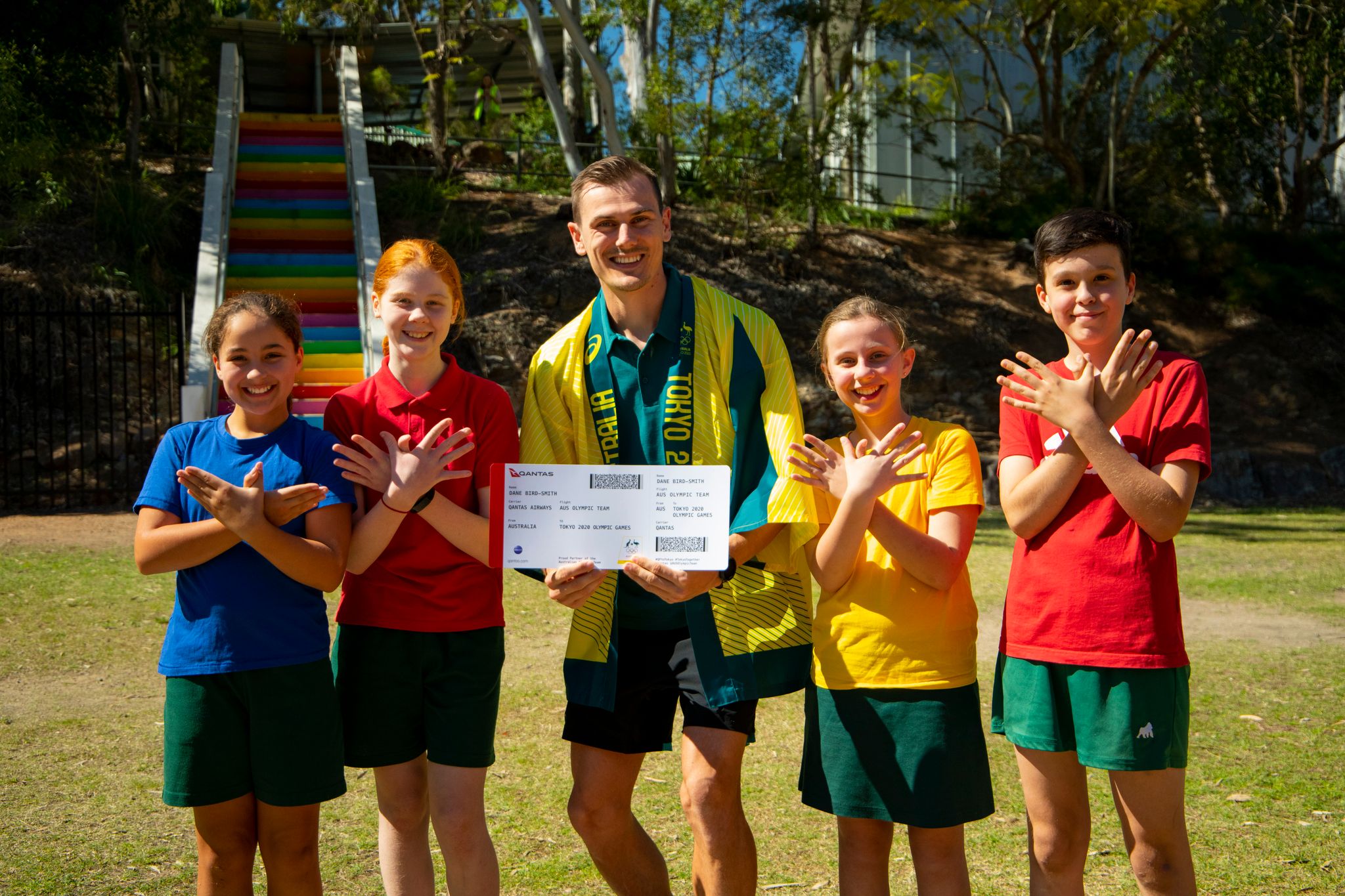 Bird-Smith celebrated his announcement at his old primary school, with students at Rainworth State School presenting his Qantas boarding pass and Asics happi coat, while Montag kept the Tokyo theme close to home, finding a cherry blossom in her local park during her allowed one hour of physical exercise outside per day under current Melbourne restrictions.

Christian Malcolm, Head of Performance & Coaching at Athletics Australia congratulated the athletes on their selection.

"It is fantastic to have our first group of track and field athletes selected for the Tokyo Olympic Games Team after an extremely difficult time for world sport and the Olympic Games," Mr Malcolm said.

"These five athletes include a current World Champion, Olympic medallist, a young athlete who achieved 10th at the World Championship and Australian record holders and we can't wait to see them perform at the Games next year.

"Whilst we look forward to a stream of athletes being selected closer to the Olympics it is exciting for Kelsey, Stewart, Dane, Jess and Jemima to be the first athletes selected."

Today's selection takes the selected Team size for Tokyo 2020 to 78 athletes of an expected 480-strong Team.