Michelle Bromley secured her debut Olympic selection after more than a decade of close calls, Stephanie Sang returns for her second Games after debuting in Beijing, marking an incredible comeback to elite sport after taking time away to have two children, and David Powell and Chris Yan both return for their second Games after competing at Rio 2016.

Australia Chef de Mission Ian Chesterman congratulated the athletes on their selection for Tokyo, which brings the total named to 74 of a team expected to grow to around 480 athletes.

“It is fantastic to welcome these four athletes to the Australian Olympic Team today to celebrate one year to go until the start of the rescheduled Tokyo Games,” Mr Chesterman said.

“The COVID-19 pandemic makes this a challenging time for athletes and sports across the world, but competitors like Stephanie, Michelle, David and Chris continue to strive for excellence in the pursuit of their Tokyo Olympic dreams.

“It is wonderful they can now focus all their efforts to be ready for when the Games begin on July 23 next year.

“Congratulations not just to the athletes, but their coaches, supporters, families, friends, sporting institutes and Table Tennis community who helped them achieve this fantastic milestone and continue to support each other on their Olympic journey.

“I also want to thank Table Tennis Australia for its work to grow Table Tennis and develop athletes from the grassroots level to the elite athletes named to the Olympic Team today.

“I also acknowledge the work being done by the IOC, Tokyo 2020 Organising Committee, the Japanese and Tokyo governments, as well as our member sports, athletes and support staff who are doing everything they can to ensure the world can reunite safely in Tokyo in one years’ time for what will be an incredibly powerful Olympic Games.”

33-year-old Stephanie Sang will return to the Olympic arena 13 years after making her debut at Beijing 2008.

“It’s so exciting to be back,” Sang said. “I was only 22 in Beijing, since then I got married, had two kids and built my own business. 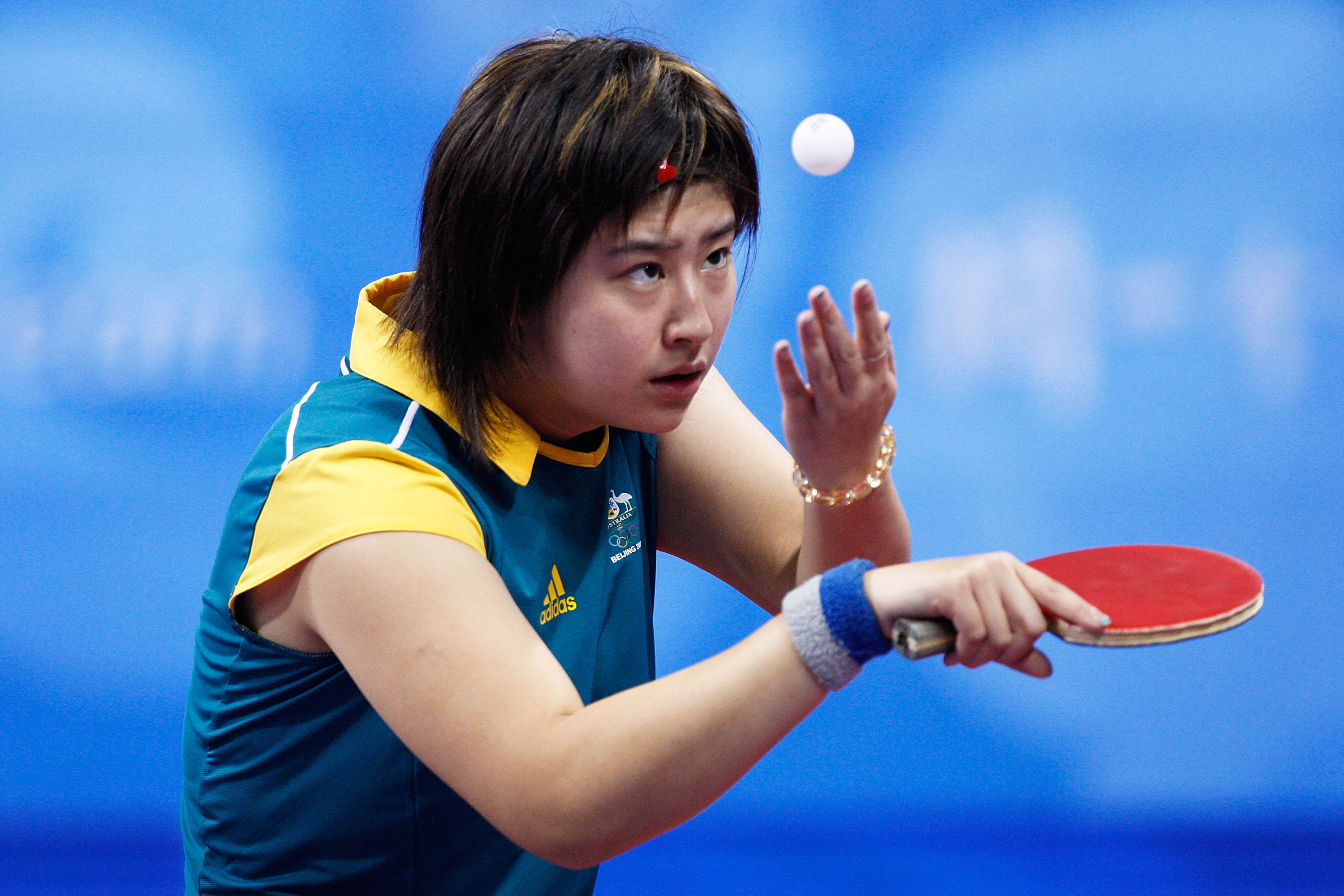 “It wasn’t easy coming back after eight years away from table tennis – but I felt like I can still play, and I still have that emotional connection to the sport and I wanted to be with the best players in the country.

“Now my kids have grown up, I want them to experience what table tennis and the Olympics can offer. I want to show them in actions, not just words – so they know if you set up a goal and fight for it, sometimes you can reach it. They’ll be able to look back this and thing ‘mum did a great thing’.”

Sang’s top-two finish at the selection trials came down to an agonising wait for the results of another match.

“I couldn’t even watch that last game, it was so close, knowing if one player wins I’m in, the other wins I’m out. I stood outside, listening to the voices of athletes to know how the game was going – when I heard the last point and knew I was in, I cried, I couldn’t help myself.”

“You work so hard for so long and there’s such a fine line between making the team and just missing out. I couldn’t ask for anything more." 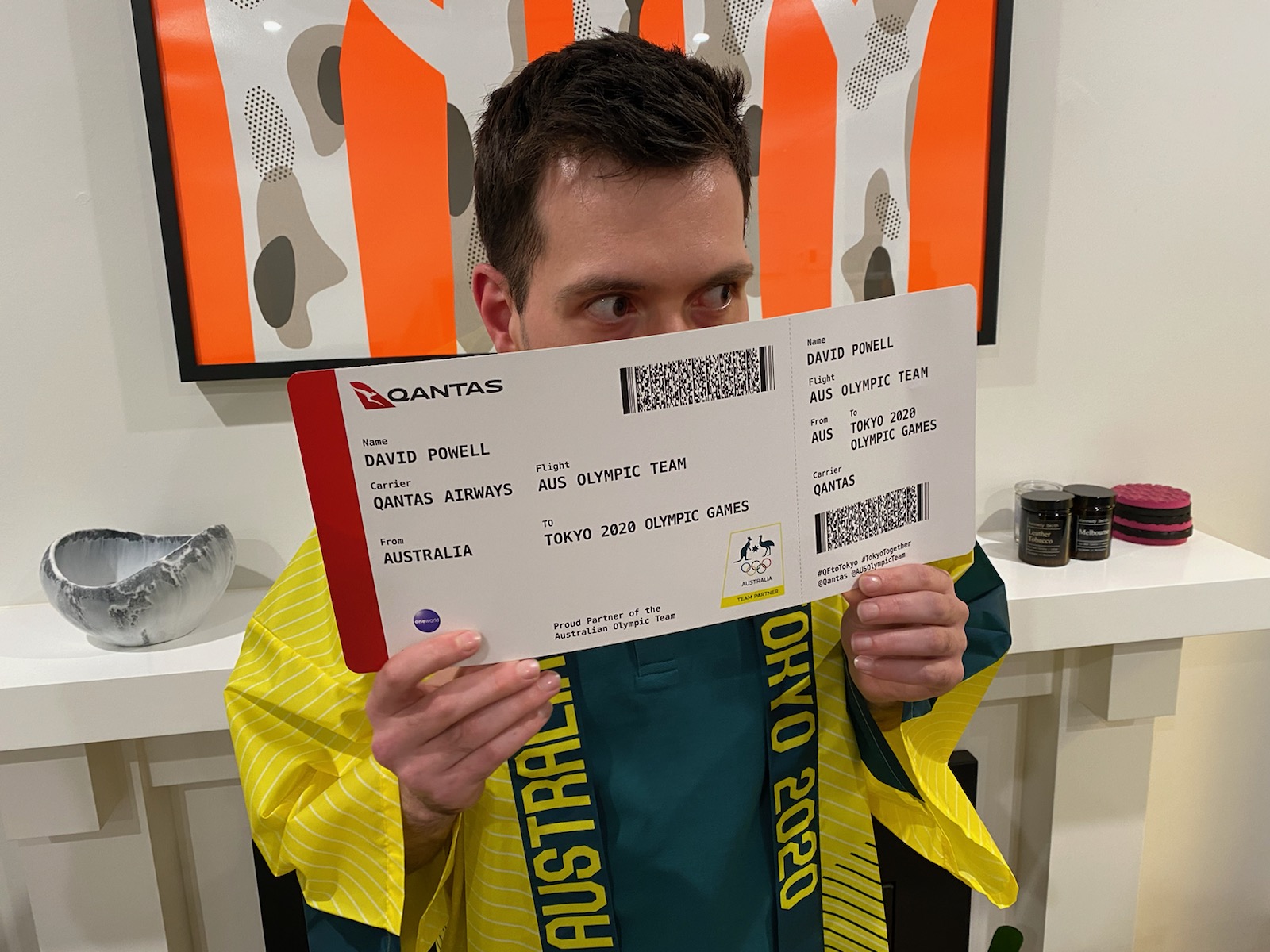 Balancing full-time teaching at Haileybury College and elite sport, Powell is adapting to the new normal in both his athletic and academic life.

“We’re adapting to the lockdown, I’m teaching from home and sometimes onsite, but I always try to see the positives. I just want to be in the best shape come July 2021.

“I think the world needs these Olympic Games – it brings so many countries and people from all walks of life together, something we can celebrate. We do that through sport and the whole world comes along on that journey. I’m just humbled to be able to represent Australia again.”

“I am thrilled to see Michelle, Stephanie, Chris and David qualify for Tokyo,” Mr Houston said. “They all have their own unique stories and their path to qualification was not easy.

“No doubt they will be great ambassadors for the Australian Olympic Team and TTA wishes them all the best on their Olympic journey.”

Australia has earned quotas to compete in singles and teams events for both women and men, with a further chance to qualify for the mixed doubles at the Oceania Qualification Tournament, with dates to be confirmed. Bromley, Powell, Sang and Yan will play both singles and teams, with a further male and female athlete to be nominated for selection based on performances at the postponed Oceania mixed doubles qualification tournament.