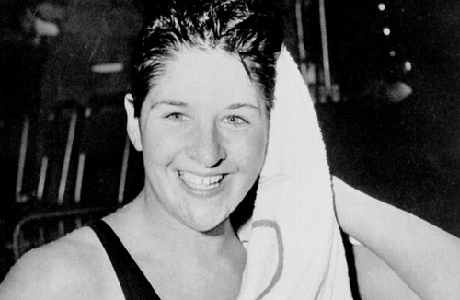 Who better to be Australia's first Olympic Closing Ceremony Flag Bearer than the legendary END_OF_DOCUMENT_TOKEN_TO_BE_REPLACED ?

With three Olympic gold and silver medals already to her name, it was at Tokyo 1964, her final Olympic Games, where she carried Australia's flag at the Closing Ceremony and added her final two Olympic medals, a gold and silver, to her tally. 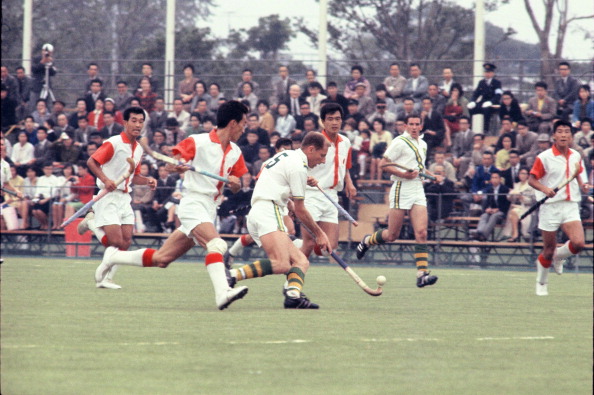 Four-time Olympian END_OF_DOCUMENT_TOKEN_TO_BE_REPLACED had the honour of carrying Australia's Closing Ceremony flag at Mexico City 1968. The Kookaburra scored five goals against Japan at Rome 1960, before helping the country to it's very first hockey medal, when the team won bronze at Tokyo 1964.

END_OF_DOCUMENT_TOKEN_TO_BE_REPLACED was known for his unorthodox style of swimming where he would just "swim hell for leather, getting to the other end as fast and furiously as possible," but his tactics worked, seeing him win gold in both the 100m and 200m freestyle at Mexico City 1968 and setting a world and Olympic record respectively. 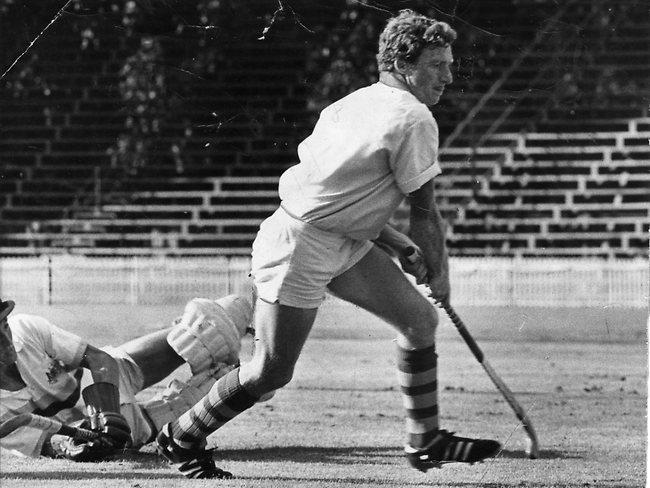 Another Kookaburras hockey player, END_OF_DOCUMENT_TOKEN_TO_BE_REPLACED was selected to carry the flag at the Montreal 1976 Closing Ceremony.

The triple Olympian retired with two silver medals to his name as an athlete, and went on to find Olympic success as a coach, when he was assistant coach of the Australian women's team who won gold at Sydney 2000. 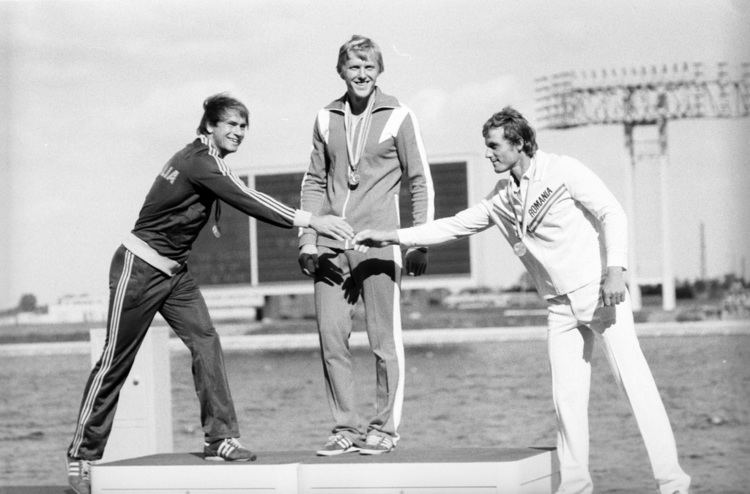 Along with carrying the Olympic flag at Moscow 1980, END_OF_DOCUMENT_TOKEN_TO_BE_REPLACED became the first Australian to win an individual canoe/kayak medal when he won silver in the K1 500m at these historic Games.

At those boycott-ravaged Olympics, Australia was one of sixteen teams that carried the Olympic flag, instead of the national flag, at the Opening and Closing Ceremonies. 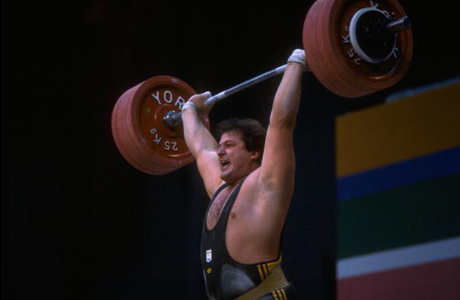 END_OF_DOCUMENT_TOKEN_TO_BE_REPLACED , a tuna fisherman from Port Lincoln, South Australia, became the only weightlifting gold medallist in Australian Olympic history when he won the super-heavyweight division at the 1984 Olympic Games in Los Angeles, the same Games where he carried Australia's flag at the Closing Ceremony.

He also won gold medals at the 1982 and 1986 Commonwealth Games in Brisbane and Edinburgh respectively. 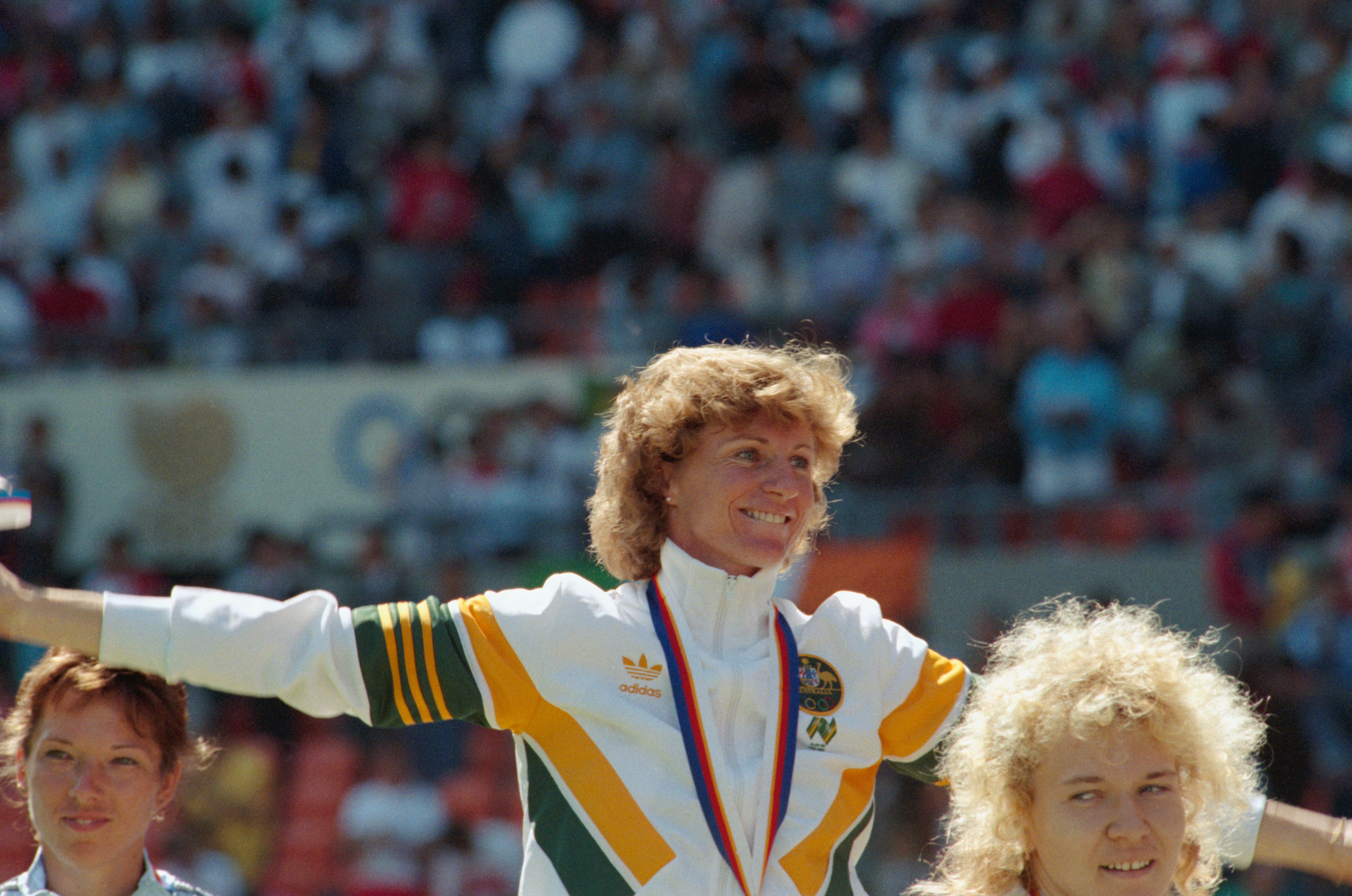 After she recorded the year’s fastest time in Berne in 1988, it seemed she was well on course for Olympic success. Then, in Melbourne three days before she was due to depart with the Australian team for the Seoul Games, she received the shocking news that her sister Noeline had died suddenly on the Gold Coast.

Her composure during the countdown towards the final in Seoul was remarkable. She coped not only with her grief, but with an infection that bothered her for two weeks.

She won the race in a final desperate sprint, after seeming to be beaten by the Russian Tatyana Ledovskaya at the last hurdle. Flintoff-King’s performance that day was one of true character. 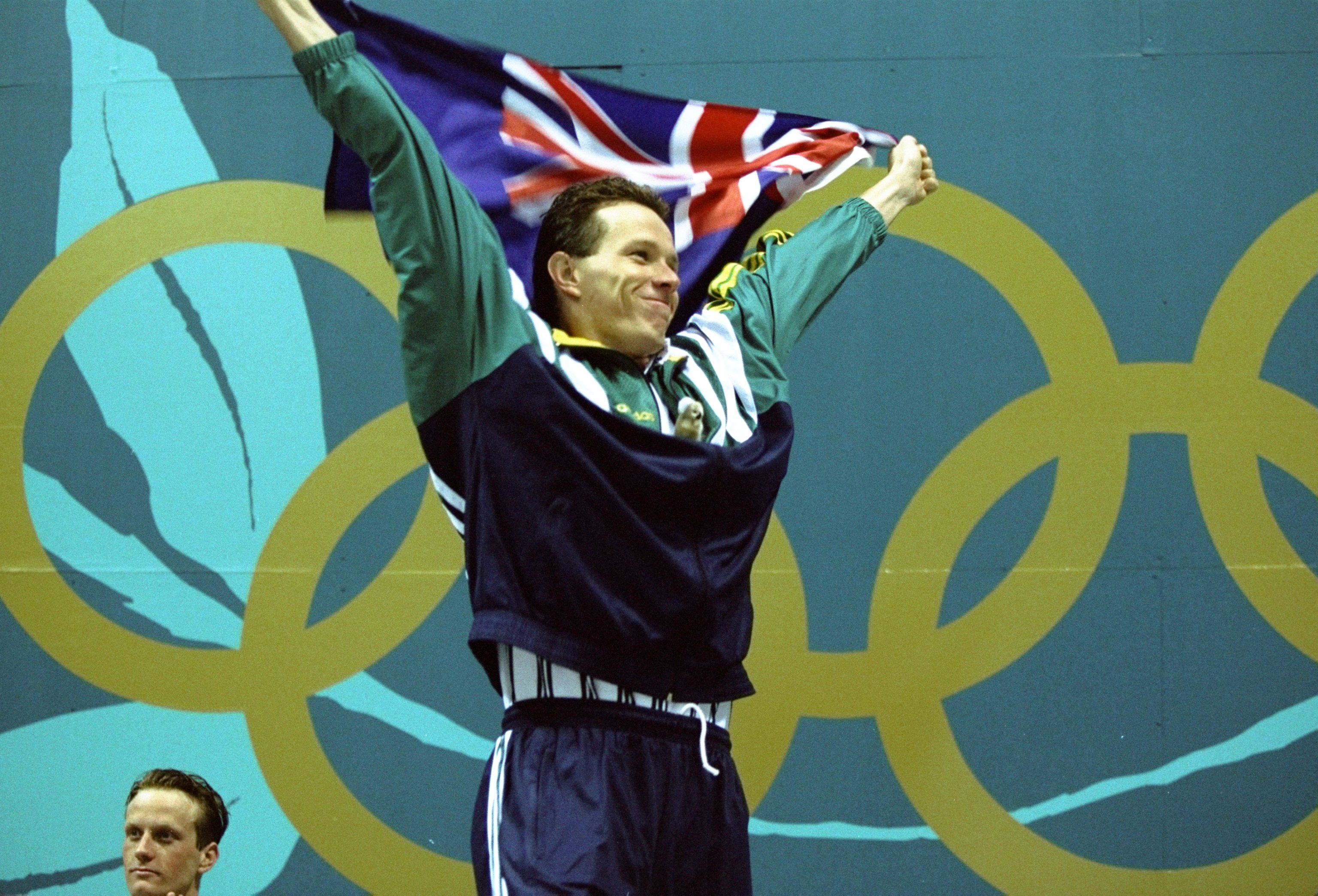 END_OF_DOCUMENT_TOKEN_TO_BE_REPLACED left his first Olympic Games an Olympic Champion when he won gold in the 1500m and silver in the 400m freestyle at Barcelona 1992 and for his efforts, was honoured with carrying the Australian flag at the Closing Ceremony.

Perkis went on to defend his Olympic Championship at Athens 1996 and added silver to his tally at Sydney 2000, his final Olympic Games appearance. 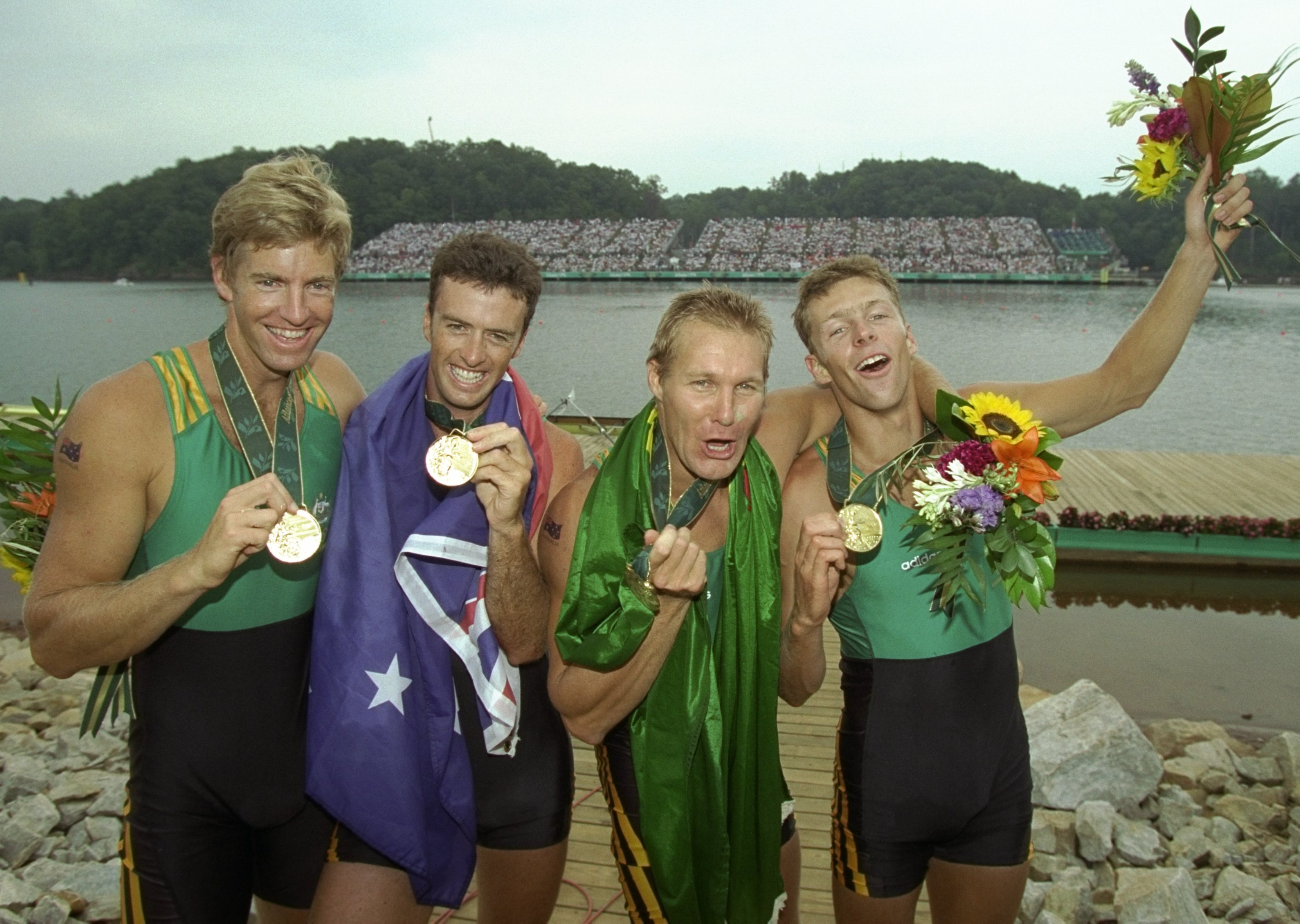 Five-time Olympian and four-time Olympic medallist END_OF_DOCUMENT_TOKEN_TO_BE_REPLACED made up one part of rowing sensation 'The Oarsome Foursome'. 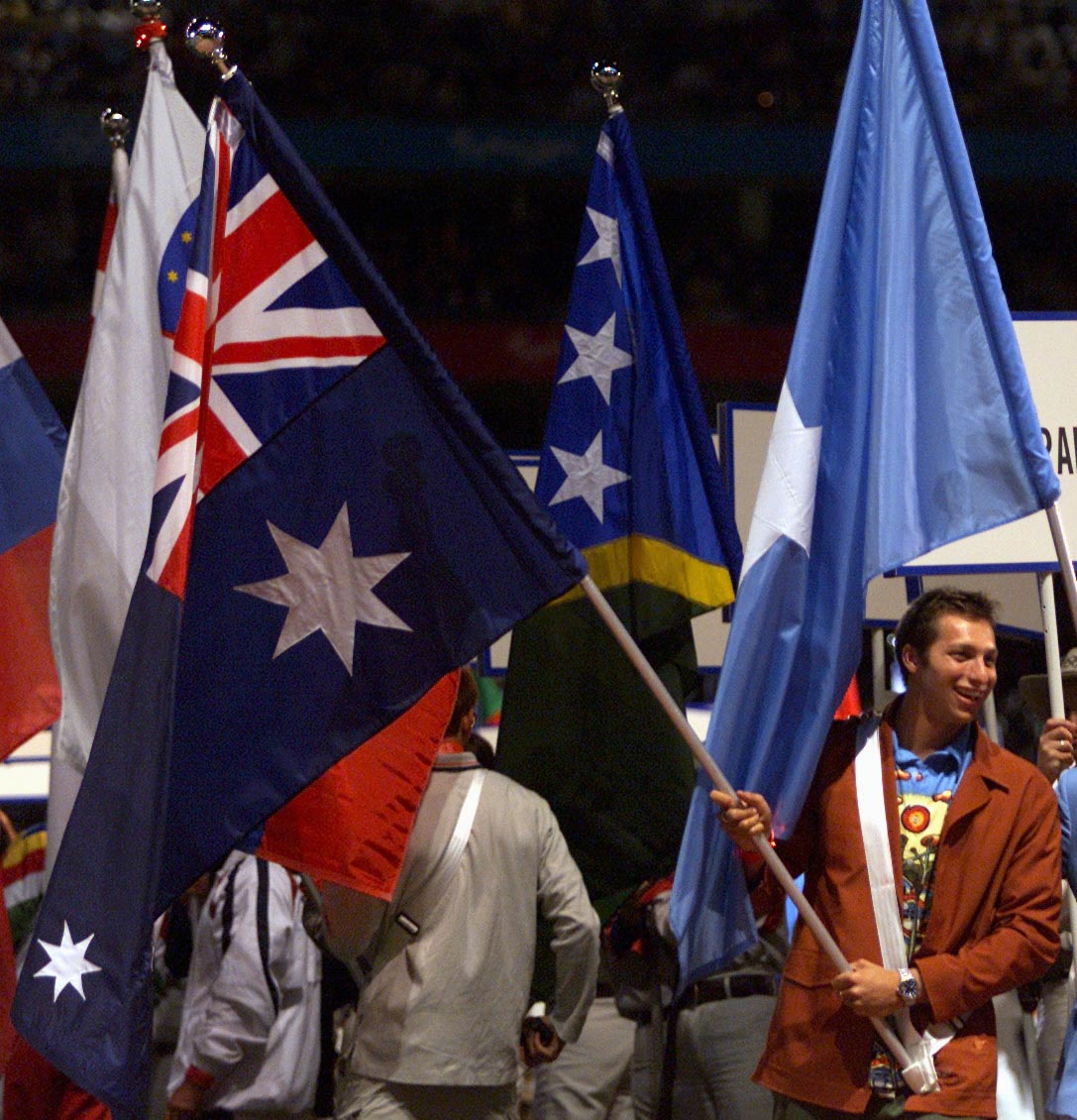 END_OF_DOCUMENT_TOKEN_TO_BE_REPLACED won five Olympic gold medals, the greatest total of any Australian across his two Olympic appearances in 2000 and 2004.

Thorpe first grabbed world attention when he won the 1998 world 400m freestyle title in Perth, becoming, at 15, the youngest world champion in history.

As his first Olympics approached in Sydney, he had broken 10 world records - four of them in four days at the 1999 Pan Pacific titles. On the first night of Olympic competition in Sydney, he won the 400m freestyle, shaving his own world mark, then combined with Michael Klim, Chris Fydler and Ashley Callus to inflict the United States’ first defeat ever in the 4 x 100m freestyle relay, setting another world record.

In the individual 200m freestyle, the Dutchman Pieter van den Hoogenband beat him into second place.

Later Thorpe featured with Klim, Todd Pearson and Bill Kirby in another world-record relay victory winning the 4 x 200m. He carried the Australian flag at the Closing Ceremony of Sydney 2000, before going on to win two golds, a silver and a bronze medal at Athens 2004. 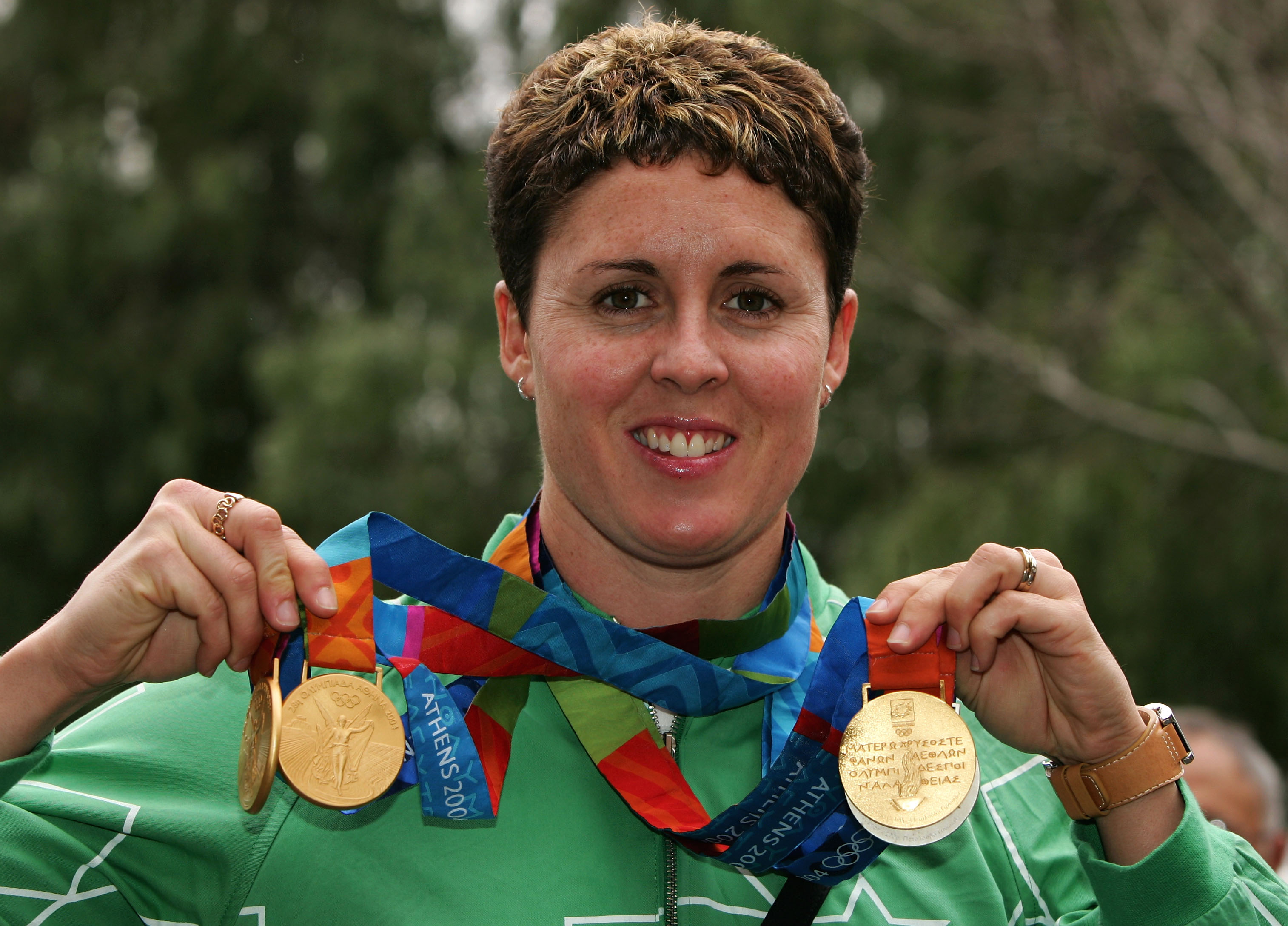 The career of END_OF_DOCUMENT_TOKEN_TO_BE_REPLACED , spanning three Olympics, possessed something of a Cinderella quality. For much of it she was outshone by Susie 'Madame Butterfly' O’Neill, but at her final Games in Athens 2004, she emerged with a final score of three gold medals, four silver and a bronze.

Those eight medals gave her the equal best tally ever among Australian woman, alongside Dawn Fraser and O’Neill. After her incredible medal haul, she carried the flag for Australia in what would be her final Olympic appearance. 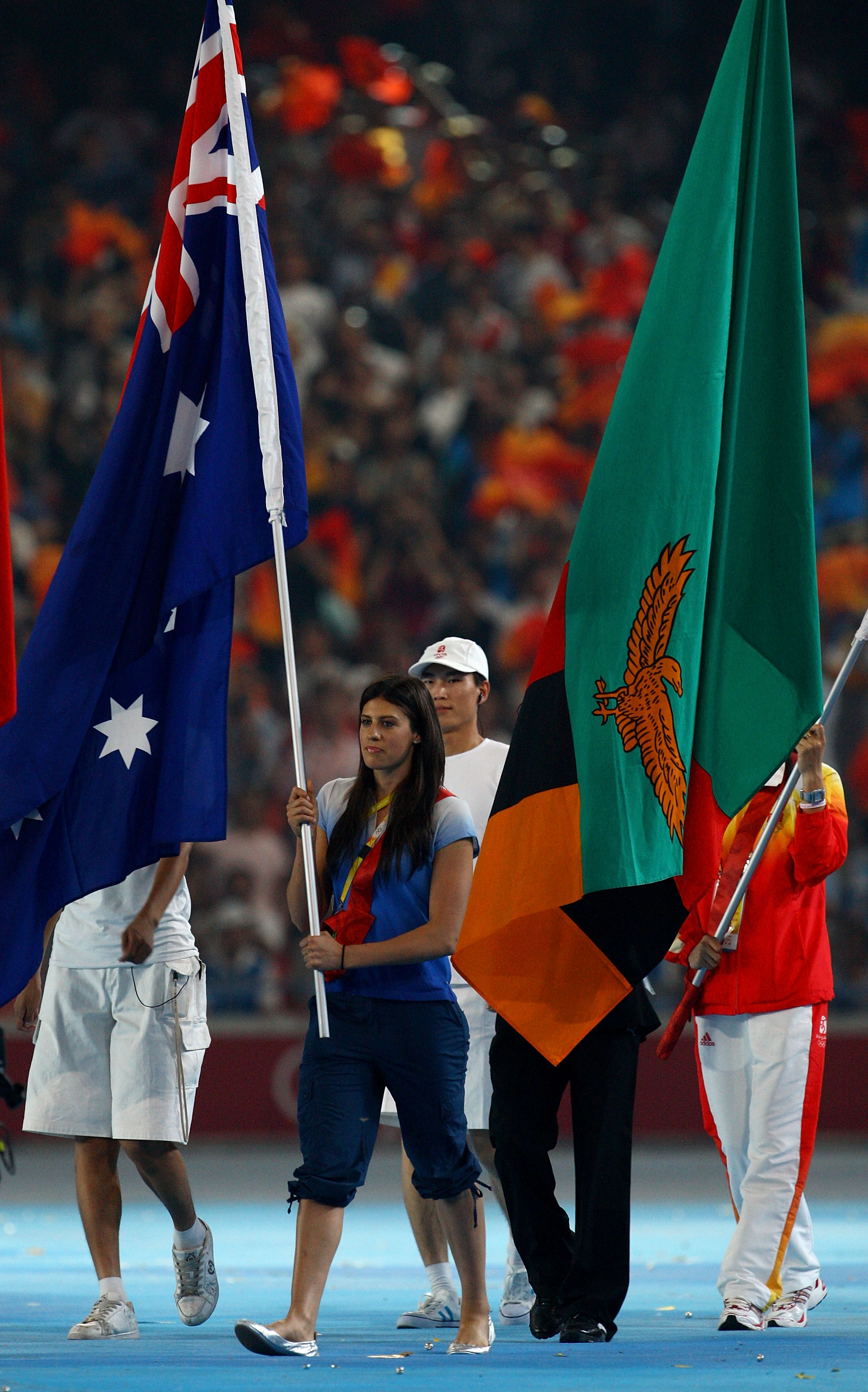 At the age of 20, END_OF_DOCUMENT_TOKEN_TO_BE_REPLACED thrust herself into legendary company when she won three gold medals at the Beijing 2008 Olympic Games. Only six others had managed such a treble at a single Olympics: runner Betty Cuthbert and swimmers Murray Rose, Shane Gould, Ian Thorpe, Petria Thomas and Jodie Henry.

Rice’s victory in the 400m individual medley represented Australia’s first gold medal in Beijing’s Water Cube, and the medal was the nation’s 400th in Olympic history.

In both the 200m and 400m individual medleys she thrashed the much-feared Katie Hoff (USA), world record-holder in the 400m medley and world champion in the 200m.

It was largely due to Rice that Australia dominated the Americans 6-2 in women’s events - although the Australian men failed to win gold for the first time since 1976. As the nation’s most successful competitor at the Games, Rice was chosen to carry the Australian flag in the Closing Ceremony. 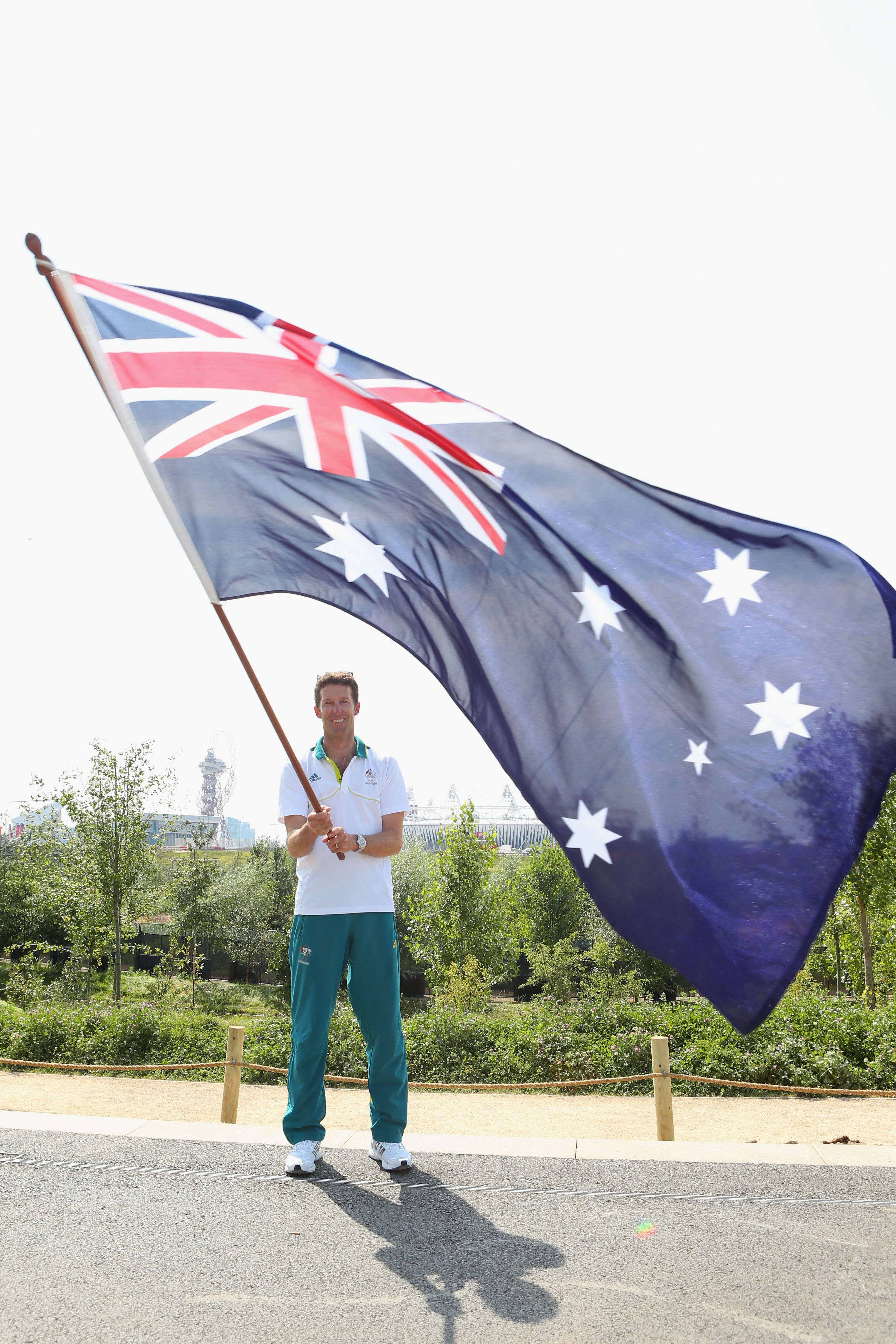 Sailor  END_OF_DOCUMENT_TOKEN_TO_BE_REPLACED , who narrowly missed competing at Sydney 2000, joined with Nathan Wilmot to win the gold medal in the men’s 470s at Beijing 2008 after the World Champions finished a relatively disappointing twelfth at Athens 2004.

Page made his third consecutive Games appearance in 2012 as he lined up alongside partner Mathew Belcher with whom he had won the 2010 and 2011 470 World Championships.

The pair pulled off five race victories heading into the medal race where they finished second to ensure they knocked off the Brits on their own waters and take home the gold.

Page was the only Australian to defend an Olympic title at the London Games and therefore carried the Australian flag at the Closing Ceremony. 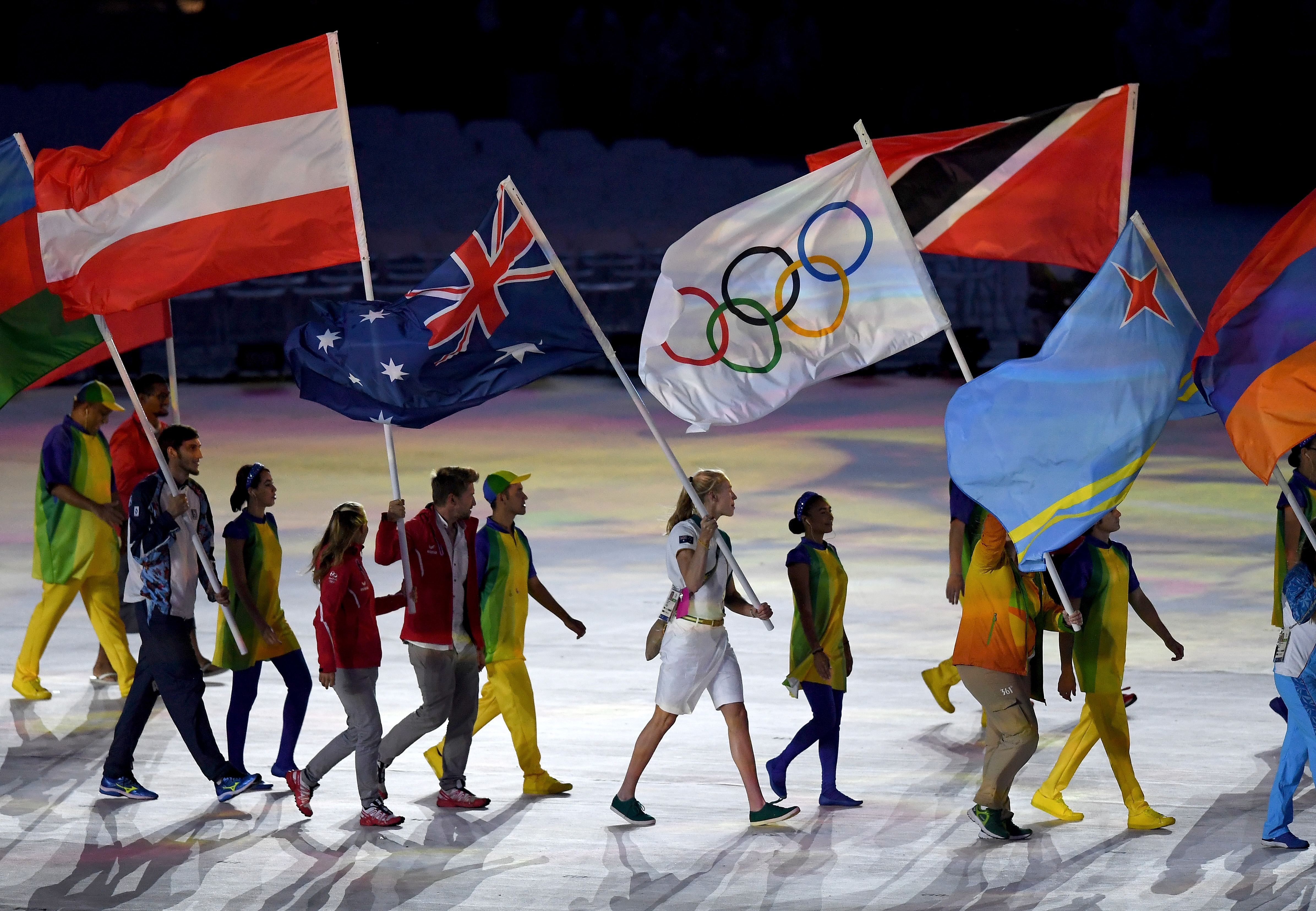 END_OF_DOCUMENT_TOKEN_TO_BE_REPLACED finally added gold to her collection when she claimed the top spot on the dais at the Rio 2016 Games, rowing in the women’s single sculls.

The Olympic Champion had a stellar 2015 season heading into her third Olympic campaign after she claimed her second single sculls World Championship title (the first being in 2013) and gold at both Rowing World Cups II & III.

Brennan had already collected a silver and bronze medal at London 2012 before completing the trifecta and carrying the Australian flag at her final Olympic Games at Rio.