Another huge day on Friday in Tokyo with Australians in action across 18 sports. The green and gold team will be competing for medals in Athletics, Canoe Slalom, Cycling BMX, Trampoline Gymnastics, Rowing, Shooting and Swimming

Some of the highlights include:

Friday marks the first day of Athletics competition at the Tokyo 2020 Olympic Games with a morning and evening session. There is only one medal event, the Men's 10,000m in the evening, with Australian Record Holder Patrick Tiernan gunning for the podium at his second Olympic Games.

Ten other Aussies will be in action in heats and qualifiers of their events from the Women's 100m to the Men's High Jump. Edward Trippas, Hana Basic, Isobel Batt-Doyle, Ben Buckingham, Matt Clarke and Rose Davies will all make their Olympic debut with Tiernan, Brandon Starc, Matt Denny and Morgan Mitchell set for their second Games. Heats (W 100m) begin at 10:00am (AEST) with the Men's 10,000m final scheduled for 9:30pm (AEST).

END_OF_DOCUMENT_TOKEN_TO_BE_REPLACED

The Opals will look to bounce back following Tuesday's opening game loss to Belgium 70-85. The Australian women will now face China who topped Puerto Rico in dominant fashion 97-55 in their Olympic opener. In the Belgium game, Ezi Magbegor put up 20 points for the green and gold. Tip-off is set for 10:00pm (AEST) at Tokyo's Saitama Super Arena.

The Aussie pairing of Artacho del Solar and Clancy will look to top Pool E in the women's beach volleyball tournament on Friday afternoon at Shiokaze Park. Australia takes on the Russian Olympic Committee who, like the Aussies, have won their first two Games of Tokyo 2020 in two sets. Mariafe Attaché del Solar and Taliqua Clancy most recently downed Italy on Wednesday night. Australia meets the Russian Olympic Committee at 4:00pm (AEST).

END_OF_DOCUMENT_TOKEN_TO_BE_REPLACED

Lucien Delfour who was 17th in Rio comes into the Men's K1 semi-final with the third fasted qualification time; German Aigner and Italian De Gennaro are sitting in first and second respectively. Delfour will be inspired by teammate Jess Fox who won bronze in the K1 and then gold in the C1. The top 10 kayakers from the semi-final will move through to the gold medal final at 5:00pm (AEST). Semi-final runs will begin at 3:00pm (AEST) at the Kasai Canoe Slalom Centre.

END_OF_DOCUMENT_TOKEN_TO_BE_REPLACED

Lauren Reynolds and Saya Sakakibara will be chasing gold at Ariake Urban Sports Park. Three-time Olympian Reynolds cruised into the semi-finals with three consistent rides in yesterday's quarter-final runs while Sakakibara, competing in her first Games, overcame a rough first race to win her final run and safely qualify. Sakakibara is drawn in Heat 1 and Reynolds in Heat 2. The two Semi-Finals comprise eight riders and three runs. The top four from each Semi-Final qualify for the Final. The women's semi-final action starts at 11.15am AEST with the Final at 12.50pm.

END_OF_DOCUMENT_TOKEN_TO_BE_REPLACED 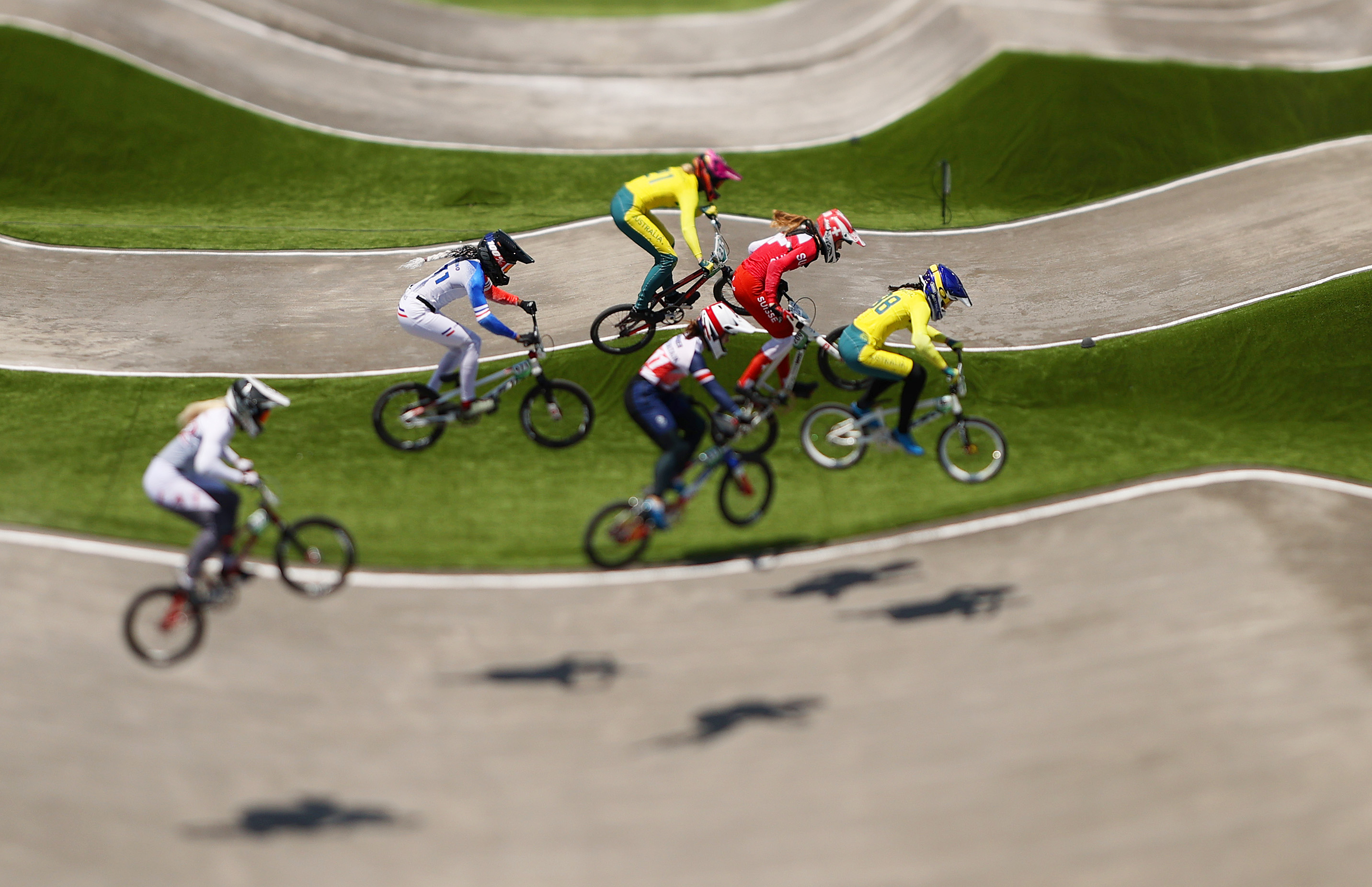 It's the first day of competition for Australian divers who will look to build upon the success of our swimmers at the Tokyo Aquatic Centre. Olympic bronze medallist Anabelle jumps into her third Games alongside teammate Esther Qin in Women's 3m Springboard preliminary. The top 18 divers will progress through to Saturday's semi-final. The Women's 3m Springboard preliminary begins at 4:00pm (AEST).

The Eventing competition will begin Friday 30 July, at Baji Koen Equestrian Park, with the experienced Australian team tipped to be in contention for the podium after the three days of competition. The Australian Eventing team - Andrew Hoy, Shane Rose and Kevin McNab - have 9 Olympic Games between them, with McNab making his debut as a END_OF_DOCUMENT_TOKEN_TO_BE_REPLACED . The competition on Friday is the Dressage, with the Cross Country and Jumping held on the following two days.  Rose will complete the Dressage at 10:00am (AEST), Hoy at 10:46am, Tinney rides in session 2 at 7:28pm.

END_OF_DOCUMENT_TOKEN_TO_BE_REPLACED

Following a 0-0 draw with the world champion United States on Tuesday night, the Matildas are through to the quarter finals. Australia will now face Great Britain in a must win match at Ibaraki Kashima Stadium to progress through to a semi-final. Great Britain are in top form winning two and drawing one of the first three games on route to top Pool E. Kick-off is slated for 7:00pm (AEST).

Marc Leishman and Cameron Smith will be back on the course, at the Kasumigaseki Country Club, for the second round of the Tokyo 2020 Golf Tournament. Leishman is –1 and Smith is even par after the first round with Austrian Sepp Straka leading the field on 8 under. Leishman tees off at 9:41am AEST and Smith at 11:14am.

END_OF_DOCUMENT_TOKEN_TO_BE_REPLACED

Fresh off their 4-2 victory over rivals New Zealand, the Kookaburras now take on Spain in their final game of pool play. The Aussies are yet to lose a game in their Tokyo 2020 campaign downing Japan, India and Argentina along with the Black Sticks. The Spaniards come into the meeting with only one win from their four games to date. Australia takes on Spain at the Oi Hockey Stadium at 11:00pm (AEST).

END_OF_DOCUMENT_TOKEN_TO_BE_REPLACED

All eyes are on the Australian crews in the Men's and Women's Eight Finals, as they close out the rowing competition in Tokyo. It has already been a historic Games for the Australian rowers who have claimed two gold and two bronze medals. The women face a stacked field including Romania who set the world record in Wednesday's heats. The men will be rowing alongside reigning Olympic champion Great Britain; however, they return with not a single member from their 2016 crew. The Women's Eight Final is at 11:00am (AEST) followed by the Men.

END_OF_DOCUMENT_TOKEN_TO_BE_REPLACED

Following on from big wins over Japan (48-0) and China (28-10), things will move up a gear on Friday when the Australian Women's Rugby Sevens Team play USA. This match will round out their Pool C matches, and with USA also undefeated whoever wins this match will top the pool and get the better quarter-final. AUS vs USA is at 11:30am (AEST), with the quarter-finals from 6:30PM.

END_OF_DOCUMENT_TOKEN_TO_BE_REPLACED 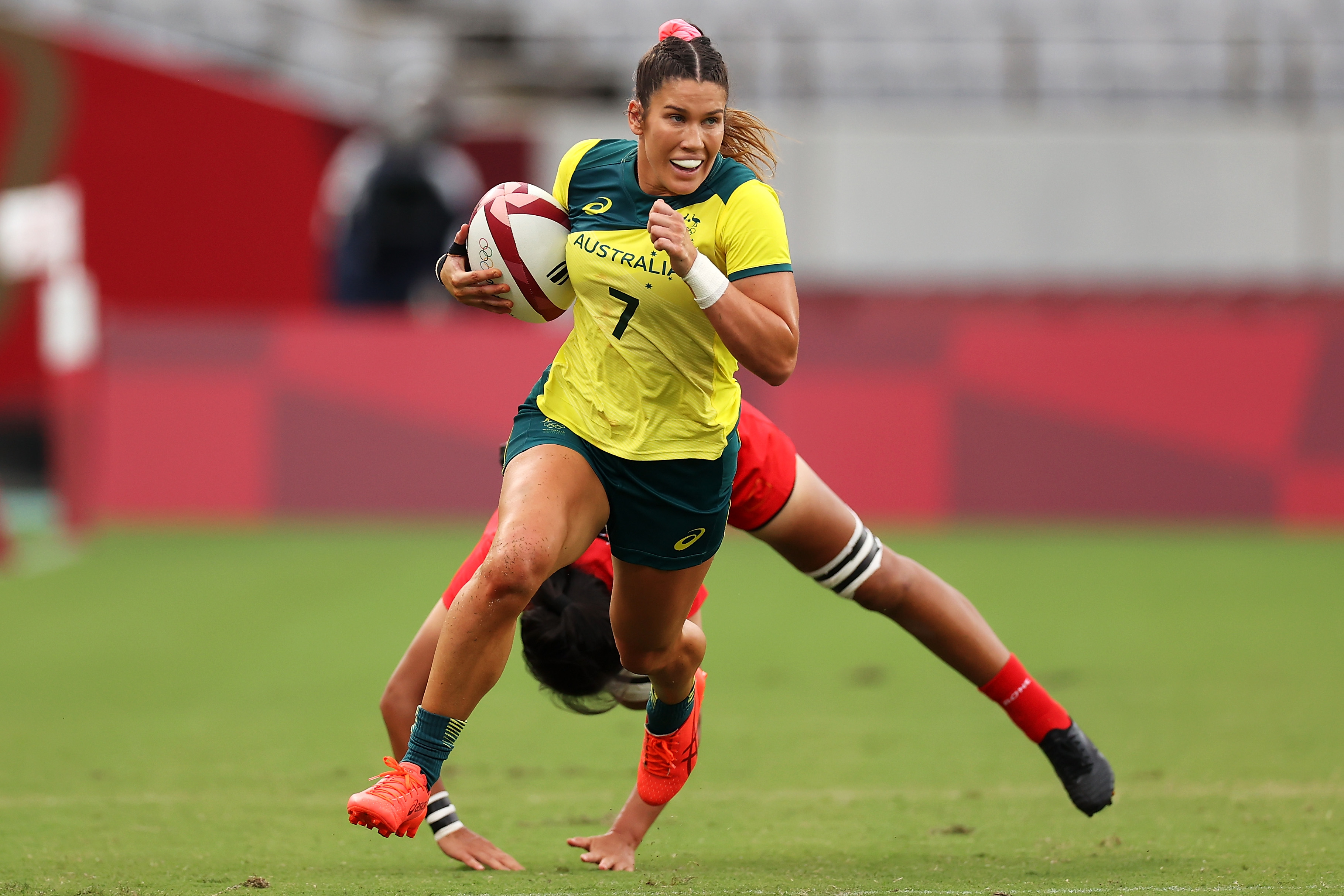 Australian sailors will be back on the water with multiple crews continuing their competitions.  In the Women's competition, Mara Stransky will be back in the One-Person Dingy Laser Radial in races nine and 10, looking to finish on a high. Nia Jerwood and Monique de Vries will take part in races five and six of the Women's Two Person Dingy-470 boat class, while Tess Lloyd and Jamie Ryan will be in races seven, eight and nine in the Women's 49er FX.

END_OF_DOCUMENT_TOKEN_TO_BE_REPLACED

Elena Galiabovitch will be the sole Aussie lining up at the Asaka Shooting Range on Friday competing in the 25m Pistol. Galiabovitch is currently in 31st position following the precision round, she will now shoot in the rapid qualification for a potential berth to the final. The top eight athletes from both rounds will progress to the final in the afternoon. Rapid will begin at 10:00am (AEST).

END_OF_DOCUMENT_TOKEN_TO_BE_REPLACED

Aussie swimmers are in one of the four finals at the Tokyo Aquatic Centre on Day 7 of the Tokyo 2020 Olympic Games. Four-time Olympian Cate Campbell will be up against compatriot Emma McKeon as they dive into the Women's 100m Freestyle. McKeon, who will be swimming from lane 4, set the Olympic record in the event on Wednesday. Campbell is the third fastest qualifier.

END_OF_DOCUMENT_TOKEN_TO_BE_REPLACED

Ash Barty and John Peers are through to the semi-finals of the Mixed Doubles after beating the Greek no.2 seeds Maria Sakkari and Stefanos Tsitsipas – 6-4 4-6 [10-6] in the deciding tiebreak.  They will play no.4 seeds, the Russian Olympic Committee pair, Anastasia Pavlyuchenkova and Andrey Rublev. This match is second on Court 1, with the first match commencing at 4pm AEST. 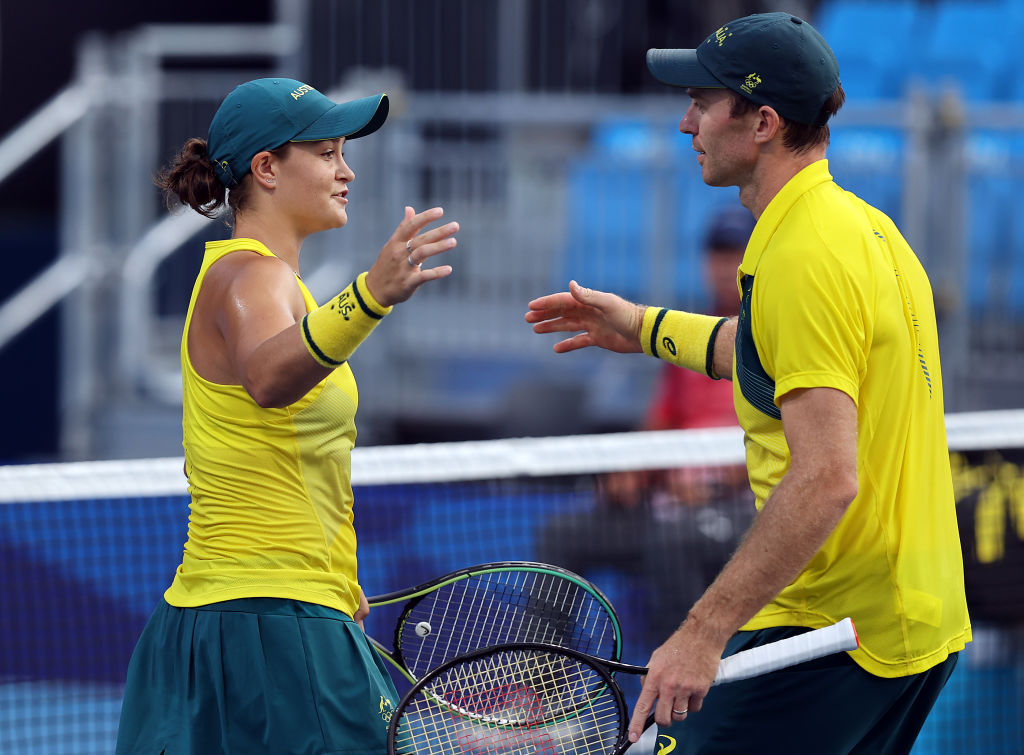 2018 Youth Olympic Games silver medallist Jessica Pickering makes her Olympic debut for Australia on Friday in the Women's Trampoline event. The 20-year-old will perform first of 16 athletes in the qualification round. The top eight gymnastics with the combined score from two routines will progress to the night's final. Qualification begins at 2:00pm (AEST).

Trampoline Gymnastics kicks off with the Women's Qualification and finals, both taking place on Day 7. Australian gymnast Jessica Pickering will be in the green and gold, debuting in her first Olympic Games. She was a silver medallist at the 2018 Youth Olympics. The 20-year-old will perform first of 16 athletes in the qualification round. The top eight gymnastics with the combined score from two routines will progress to the night's final. Qualification begins at 2:00pm (AEST) with the final from 3:50pm.

The Aussie Stingers take on Spain in a game that will have a big impact on the final placings for Group A. The Stingers are 2 from 2, while Spain have won 2 and lost a close game to the Netherlands. The teams will be in action from 8:50pm AEST.